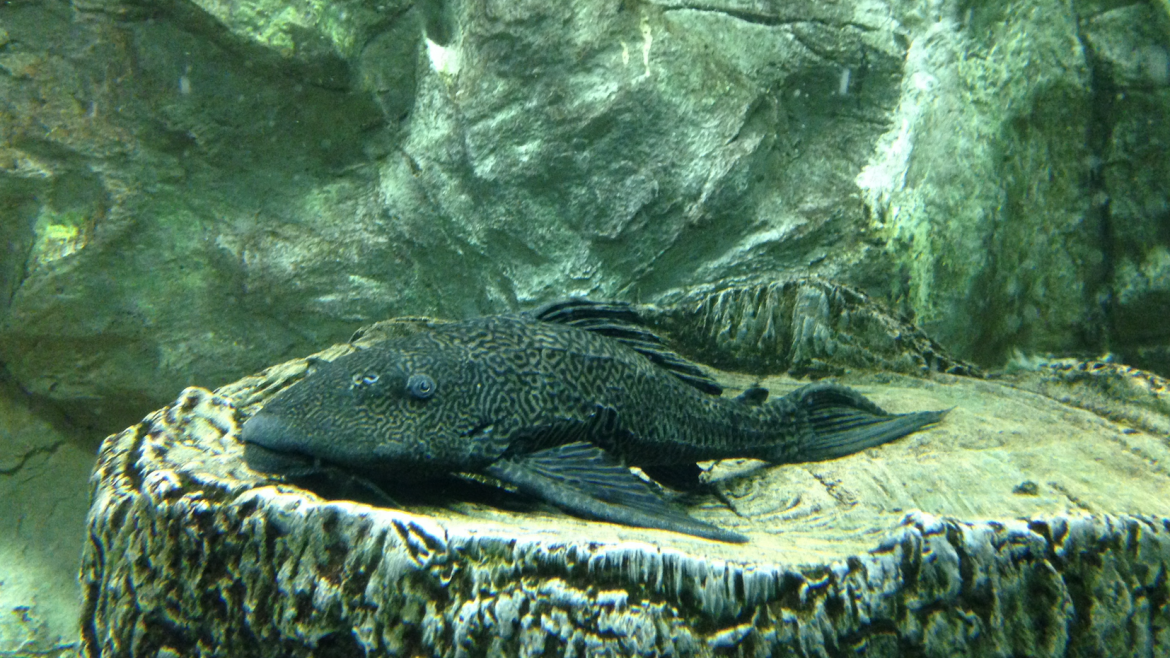 Expect the unexpected in the Anthropocene

One day last April, Arizona State University biologist Matt Chew was leading his Novel Ecosystems class along the banks of the Gila River at the Tres Rios Wetlands.

The 700-acre restoration project where cattails wave in the breeze and greenery crowds the banks is home to more than 150 species of birds and animals. It’s also downstream from a wastewater treatment plant. According to Chew, the water is full of Prozac, birth control and acetaminophen and the banks are full of beer bottles, chicken-wing bones and fast-food wrappers.

Chew glanced down at the river bank and saw 20 dead fish — fish that do not naturally live anywhere near the Sonoran Desert. Or anywhere in the American West.

They were sailfin armored catfish that live in Florida and Latin America.

They might be familiar to you from home aquariums, where they are kept as algae eaters. They’re usually in a corner of the tank, with their unusual sucking mouths affixed to the glass.

Chew, an instructor in ASU’s School of Life Sciences, dubbed his find "the unexpected fish."

He suspected they were dumped there. How 20 of them showed up, and big ones at that, will remain a mystery.

“Practically any aquarium fish sold in the Phoenix area could be released (here),” Chew said of Tres Rios. “For the most part, what you’re going to get in here is introduced.

“This gives you an idea of the weirdness of a place like this,” he said. 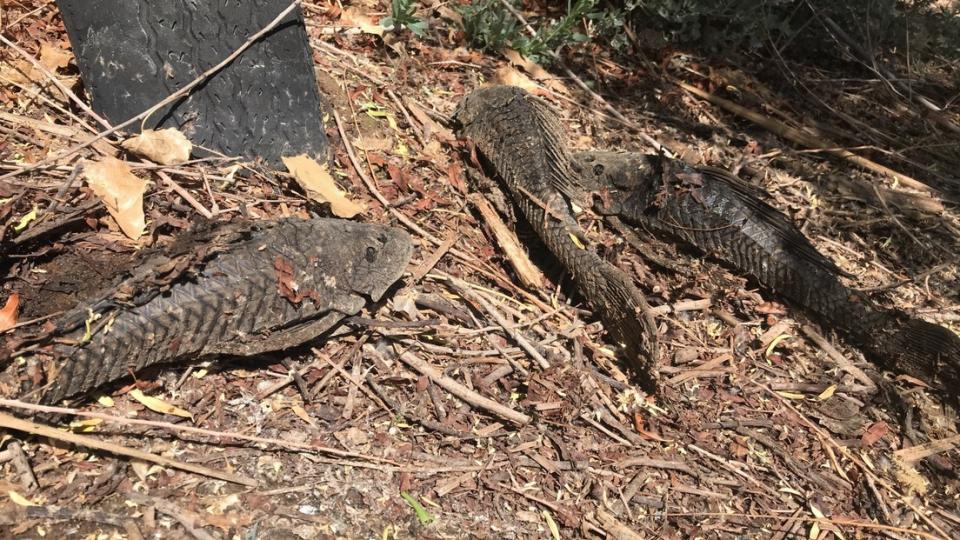 His Novel Ecosystems class is intended to challenge preconceptions and received wisdom about the environment. The class goes to places you’ll never find on a postcard: effluent-dominated wetlands, farm fields, newer and older commercial and residential areas, fake lakes and vacant lots.

“Among all this contention, one fact remains: Every organism now living occupies an environment shaped to some degree by human activity,” the class syllabus reads. “The conceptual separation between history and natural history is undeniably fictional. We would be hard-pressed to demonstrate that individuals of any other species know or care. Real organisms must live and real ecological relationships must occur in the real world, and we will look for them there.”

Tre Rios certainly fits the bill in that regard. All the water there has come through fields, pipes and people, yet life abounds. (What’s happening to it there is anyone’s guess, however.) Lizards and hummingbirds share the wetlands with convenience-store cups and beer cans.

“Some people don’t want to flush their fish, and this is the type of place they dump them,” Chew said. “You might be able to keep (a sailfin armored catfish) here in an outside pond in water, if you controlled the temperature.”

“If we take this to its logical conclusion, no fish should be in here because it’s not connected to any place that has fish,” he said. The fish people are fishing for — there are at least four parties out casting on a Friday morning — have all been put there by the state Game and Fish Department. “The dividing line between what ought to be here and what ought not to be here and how it should get here is often primarily an administrative and legal one, rather than an ecological one.”

Scientists frequently say we are now in the Anthropocene, a geological age in which human activity is the dominant influence on climate and the environment.

“Anthropocene is a good way to think about this one because clearly people and our transportation mechanisms and our trade and our globalism are not just moving sterile products around,” Chew said. “We’re moving all kinds of stuff, all the time.”

Chew was on a plane to Australia once when he discovered a jumping spider hiding beneath the leaves of the strawberry in his fruit salad.

“Cold, but alive,” he said. “It had been in the fridge for awhile. … The spider was just on the strawberry and then it found itself on a plane to Australia, with no possible way of conceiving any of that. … The spider is not doing this. It’s just us taking stuff and not paying attention.”

He looked around at the cattails waving in the breeze and swallows skimming over the water.

“I can hear birds singing and see swallows,” he said. “It’s still an ecosystem, no matter what you put in it.”

Top photo: A live sailfin armored catfish swims in the aquarium at an Arizona sporting-goods store on June 16. Photo by Matt Chew

What caused the mass extinction of Earth’s first animals?

Fossil records tell us that the first macroscopic animals appeared on Earth about 575 million years ago. Twenty-four million years later, the diversity of animals began to mysteriously decline, leading to Earth’s first know mass extinction event.Scientists have argued for decades over what may have caused this mass extinction, during what is called the “Ediacaran-Cambrian transition.” Some t...

What caused the mass extinction of Earth’s first animals?

ASU researchers help to unravel mystery of the Ediacaran-Cambrian transition

Scientists have argued for decades over what may have caused this mass extinction, during what is called the “Ediacaran-Cambrian transition.” Some think that a steep decline in dissolved oxygen in the ocean was responsible. Others hypothesize that these early animals were progressively replaced by newly evolved animals. 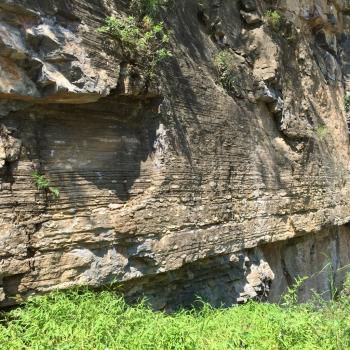 The precise cause has remained elusive, in part because so little is known about the chemistry of Earth’s oceans that long ago.

A research team, led by scientists from Arizona State University and funded by NASA and the National Science Foundation, is helping to unravel this mystery and understand why this extinction event happened, what it can tell us about our origins, and how the world as we know it came to be.

The study, published in Science Advances, was led by ASU School of Earth and Space Exploration graduate student Feifei Zhang, under the direction of faculty member Ariel Anbar and staff scientist Stephen Romaniello.

The importance of oxygen

Today there is an abundance of oxygen, a vital component of life, throughout most of the Earth’s oceans. But there is evidence to suggest that during the mass extinction event, there was a loss of dissolved oxygen in Earth’s oceans, an effect called “marine anoxia.”

To get a better understanding of the mass extinction event, the research team focused on studying this effect. They wanted to determine not only how much of the ocean was anoxic when the animals began to decline, but also whether marine anoxia contributed to the decline and eventual extinction of the early animals. 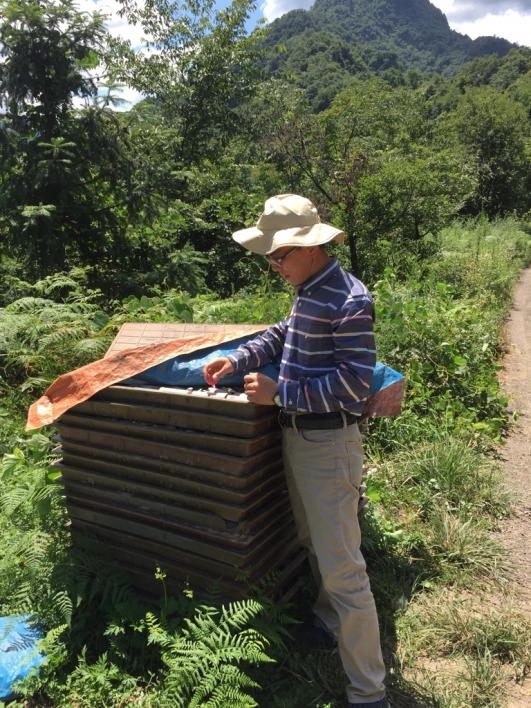 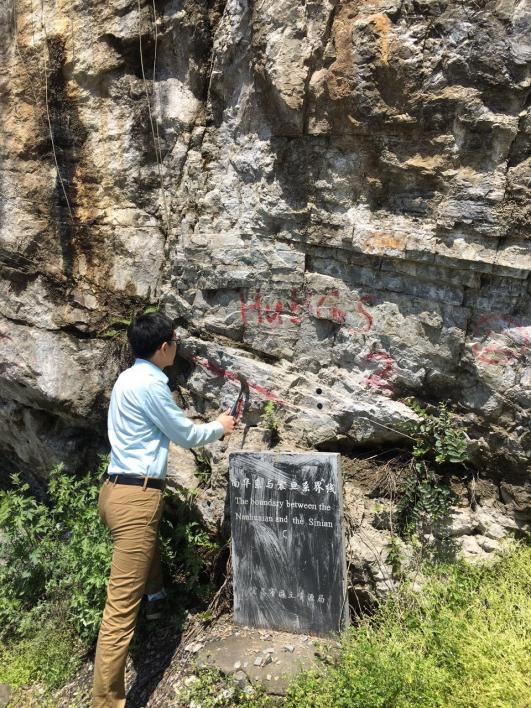 To determine the levels of marine anoxia and its effects, the research team used a novel approach of combining geochemical data and the Earth’s fossil record to precisely match evolutionary and environmental events.

Typically, scientists determine ocean anoxia levels by looking at the abundance of pyrite, commonly known as “fool’s gold,” and other elements and minerals in ancient mud rocks. But mud rocks only provide clues to what may have happened at a single location. Scientists need to sample dozens of sites around the world to infer the big picture from mud rocks.

To overcome this, the team pioneered a new and more efficient approach. Rock samples of marine limestone were collected in the Three Gorges area (Hubei Province) of the People’s Republic of China. This area is known for having some of the best examples in the world from the Ediacaran Period. The rock samples for this study were deposited in a shallow marine environmental between 551 million and 541 million years ago and hold a record of the marine environmental changes that occurred when they were deposited.

“This may have been most severe marine anoxic event in the last 550 million years,” Zhang said. “Mathematical modeling of our data suggests that almost the entire seafloor was overlain by anoxic waters during the end of the Ediacaran Period.”

Is there a mass extinction in our future?

While our oceans currently have an abundance of oxygen, there has been a recent measurable rise in ocean anoxia, attributed by scientists to climate change. Advances in the study of ancient marine anoxia, like this one, may help us understand and predict what lies ahead.

“The past is our best laboratory to understand the future,” co-author Anbar said. “It’s sobering to see how often the mass extinctions of the past were preceded by increases in ocean anoxia. There is a lot we don’t understand about climate change, but the things we do know are a big cause for concern.”