First-of-its-kind research by ASU, Banner, Mount Sinai and others suggests species of herpesvirus contribute to development of disorder

Of the major illnesses facing humanity, Alzheimer’s disease (AD) remains among the most pitiless and confounding. More than a century after its discovery, no effective prevention or treatment exists for this progressive deterioration of brain tissue, memory and identity. With more people living to older ages, there is a growing need to clarify Alzheimer’s disease risk factors and disease mechanisms and use this information to find new ways in which to treat and prevent this terrible disorder.

A first-of-its kind study implicates another culprit in the path to Alzheimer’s disease: the presence of viruses in the brain.

In research appearing in the advance online edition of the journal Neuron, scientists at the Arizona State University-Banner Neurodegenerative Disease Research Center (NDRC) and their colleagues at the Icahn School of Medicine at Mount Sinai used large data sets from clinically and neuropathologically characterized brain donors and sophisticated “big data” analysis tools to make sense of both the genes that are inherited and those that are preferentially turned on or off in the brains of persons with Alzheimer’s disease. They provide multiple lines of evidence to suggest that certain species of herpesviruses contribute to the development of this disorder.

The new work brings science a step closer to clarifying the mechanisms by which infectious agents may play important roles in the disease. To achieve this, the team capitalized on DNA and RNA sequencing data from 622 brain donors with the clinical and neuropathological features of Alzheimer’s disease and 322 brain donors without the disease — data generated from the National Institutes of Health-sponsored Accelerating Medicines Partnership for Alzheimer’s Disease (AMP-AD).

Clinical assessments performed before the research participants died provided detailed information about their trajectory of cognitive decline, and neuropathological assessments performed after they died provided relevant neuropathological information, including the severity of amyloid plaques and tangles, the cardinal features of Alzheimer’s disease. Sophisticated computational tools were used to develop a kind of grand unified picture of the viral-AD nexus.

Big data-driven analyses offer a particularly powerful approach for exploring diseases like Alzheimer’s, which involve many interdependent variables acting in concert in profoundly complex systems. In the current study, researchers explore viral presence in six key brain regions known to be highly vulnerable to the ravages of AD. (It is now accepted that damaging effects to these areas often precede clinical diagnosis of the disease by several decades.)

The study identifies high levels of human herpesvirus (HHV) 6A and 7 in brain samples showing signs of AD neuropathology, compared with the lower levels found in normal brains. Further, through the careful comparison of large data sets of viral RNA and DNA with networks of human genes associated with AD and signposts of neuropathology, the study offers the first hints of the viral mechanisms that could trigger or exacerbate the disease.

The findings, originally hinted at from samples provided by Translational Genomics (TGen) in Phoenix, were confirmed in the Mount Sinai Brain Bank, and then replicated in samples from the Mayo Clinic Brain Bank, Rush Alzheimer’s Disease Center, and the Banner-Sun Health Research Institute’s Brain and Body Donation Program.

According to Ben Readhead, lead author of the new study, the researchers’ general goal was to discover disease mechanisms, including those that could be targeted by repurposed or investigational drug therapies.

“We didn’t go looking for viruses, but viruses sort of screamed out at us,” Readhead said. A pair of herpesviruses — HHV 6A and 7 — were found in greater abundance in brain samples from AD patients compared with normal brains. These viruses seem to also be implicated in the AD-related genetic networks responsible for classic Alzheimer's pathology, including cell death, the deposition of amyloid plaque and production of neurofibrillary tangles. 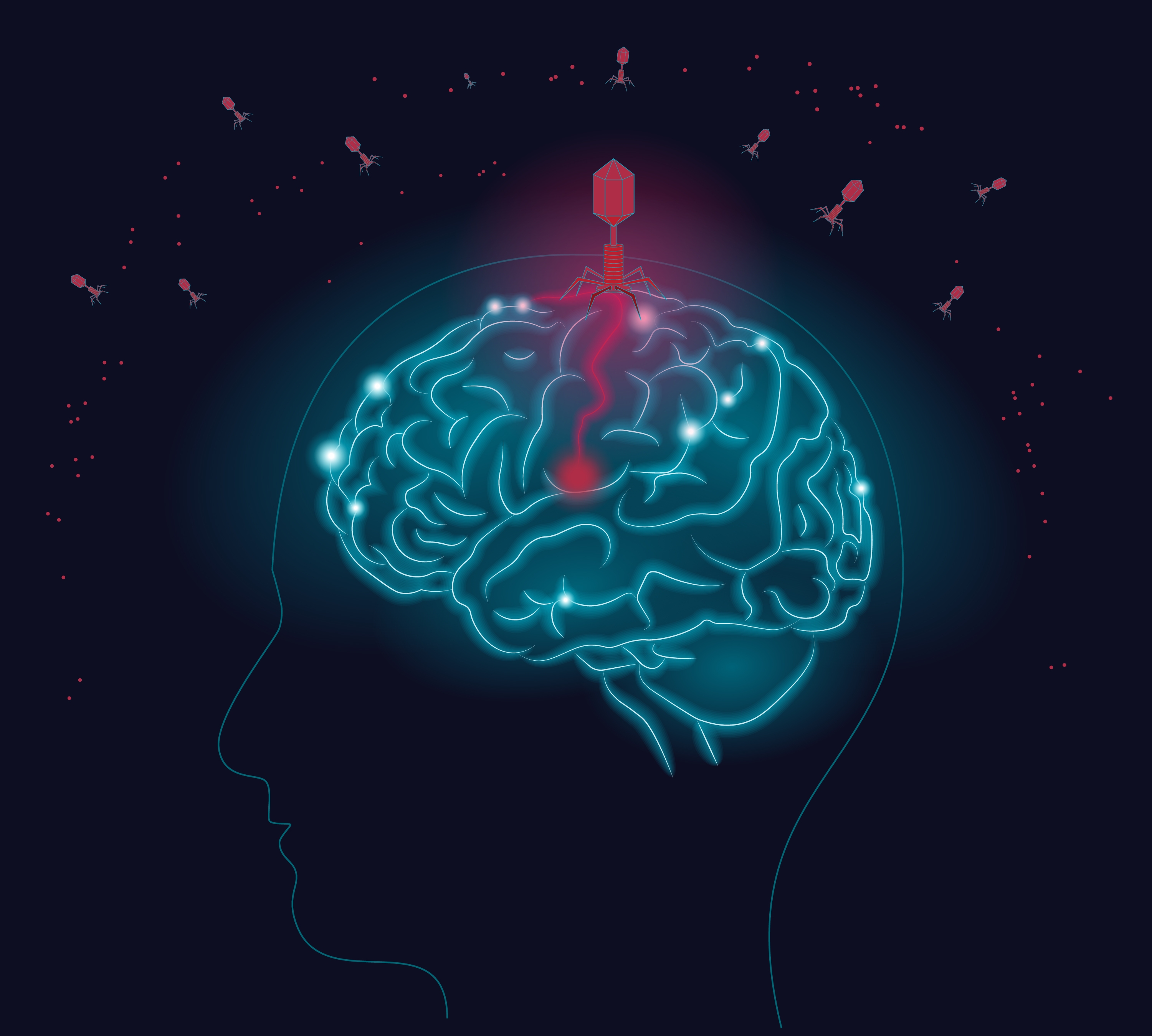 The research study does not suggest that Alzheimer’s disease is contagious. But if viruses or other infections are confirmed to have roles in the pathogenesis of Alzheimer’s, it could set the stage for researchers to find novel anti-viral or immune therapies to combat the disease, even before the onset of symptoms. 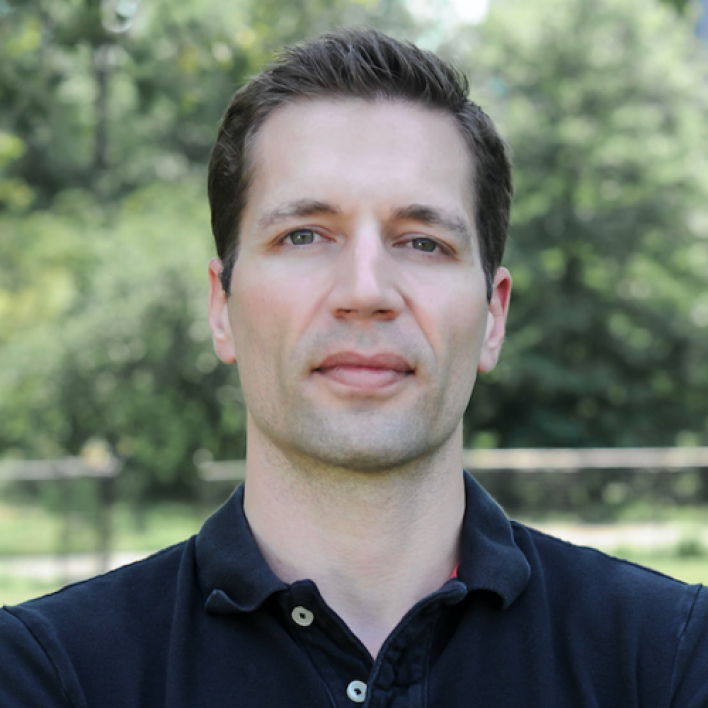 Joel Dudley is an associate professor of genetics and genomic sciences at the Icahn School of Medicine at Mount Sinai and an associate research professor in the ASU-Banner Neurodegenerative Disease Research Center. The new research is the fruitful result among researchers from Arizona State University, Banner, Mount Sinai and other research organizations. Although the study found a number of common viruses in normal aging brains, viral abundance of two key viruses — HHV 6A and 7 — was greater in brains stricken with Alzheimer’s.

“We were able to use a range of network biology approaches to tease apart how these viruses may be interacting with human genes we know are relevant to Alzheimer’s,” Readhead said.

The nature and significance of viruses and other pathogens in the brain are currently hot topics in neuroscience, though the exploration is still in its early stages. One of the primary questions is whether such pathogens play an active, causative role in the disease or enter the brain simply as opportunistic passengers, taking advantage of the neural deterioration characteristic of AD.

“Previous studies of viruses and Alzheimer’s have always been very indirect and correlative. But we were able to perform a more sophisticated computational analysis using multiple levels of genomic information measured directly from affected brain tissue. This analysis allowed us to identify how the viruses are directly interacting with or coregulating known Alzheimer’s genes,” said Dudley. “I don’t think we can answer whether herpesviruses are a primary cause of Alzheimer’s disease. But what’s clear is that they’re perturbing and participating in networks that directly underlie Alzheimer’s pathophysiology.”

The new study uses a network biology approach to holistically incorporate molecular, clinical and neuropathological features of AD with viral activity in the brain. Using techniques in bioinformatics, the study integrates high-throughput data into probabilistic networks that are postulated to account for the associations between herpesviruses and the telltale effects of AD.

The networks described suggest that the hallmarks of AD may arise as collateral damage caused by the brain’s response to viral insult. According to the so-called pathogen hypothesis of AD, the brain reacts to infection by engulfing viruses with the protein amyloid beta (Aβ), sequestering the invaders and preventing them from binding with cell surfaces and inserting their viral genetic payload into healthy cells.

As Readhead explained, “A number of viruses looked interesting. We saw a key virus, HHV 6A, regulating the expression of quite a few AD-risk genes and genes known to regulate the processing of amyloid, a key ingredient in AD neuropathology.”  (Amyloid concentrations form characteristic plaques in the brain. These plaques, along with neurofibrillary tangles formed by another protein, known as tau, are the microscopic brain abnormalities used to diagnose Alzheimer’s.)

Both HHV 6A and 7 are common herpesviruses belonging to the genus Roseolovirus. Most people are exposed to them early in life. The likely route of entry for such viruses is through the nasopharyngeal lining. The higher abundance of these viruses in AD-affected brains may initiate an immune cascade leading to deterioration and cell death or act in other ways to promote AD.

The results from human brain tissue were further supplemented by mouse studies. Here, researchers examined the effect of depleting miR155, a small snippet of RNA (or micro RNA) that is an important regulator of the innate and adaptive immune systems. Results showed increased deposition of amyloid plaques in miR155-depleted mice, coupled with behavioral changes. As the authors note, HHV 6A is known to deplete miR155, lending further weight to a viral contribution to AD.

The new research is the fruitful result of close working relationships among researchers from Arizona State University, Banner, Mount Sinai and other research organizations, as well as public-private partnerships in AMP-AD.

“This study illustrates the promise of leveraging human brain samples, emerging big data analysis methods, converging findings from experimental models, and intensely collaborative approaches in the scientific understanding of Alzheimer’s disease and the discovery of new treatments,” said study co-author Eric Reiman, executive director of the Banner Alzheimer’s Institute and university professor of neuroscience at ASU. “We are excited about the chance to capitalize on this approach to help in the scientific understanding, treatment and prevention of Alzheimer’s and other neurodegenerative diseases.”

Enemy with a thousand faces

In the meantime, Alzheimer’s continues its devastating trajectory. Among the many challenges facing researchers is the fact that the earliest effects of the disease on vulnerable brain regions occur 20 or 30 years before memory loss, confusion, mood changes and other clinical symptoms appear. Without a cure or effective treatment, AD is expected to strike a new victim in the United States every 33 seconds by mid-century and costs are projected to exceed $1 trillion annually.

The research study does not suggest that Alzheimer’s disease is contagious. But if viruses or other infections are confirmed to have roles in the pathogenesis of Alzheimer’s, it could set the stage for researchers to find novel anti-viral or immune therapies to combat the disease, even before the onset of symptoms.

More information at the NIH/National Institute on Aging: https://bit.ly/2HRBzi6

The Dudley Laboratory at the Icahn School of Medicine at Mount Sinai has an institutional partnership with Banner-ASU Neurodegenerative Disease Research Center.

Postmortem brain tissue was collected through the NIH-designated NeuroBioBank (NBB) System that contributes to support of the Mount Sinai VA/Alzheimer’s Disease Research Center Brain Bank (AG005138). Dr. Vahram Haroutunian from the Mount Sinai School of Medicine is Director of the NeuroBioBank.

Additional work performed in this study was supported by U01 AG046170, R56AG058469, and philanthropic financial support was provided by Katherine Gehl.