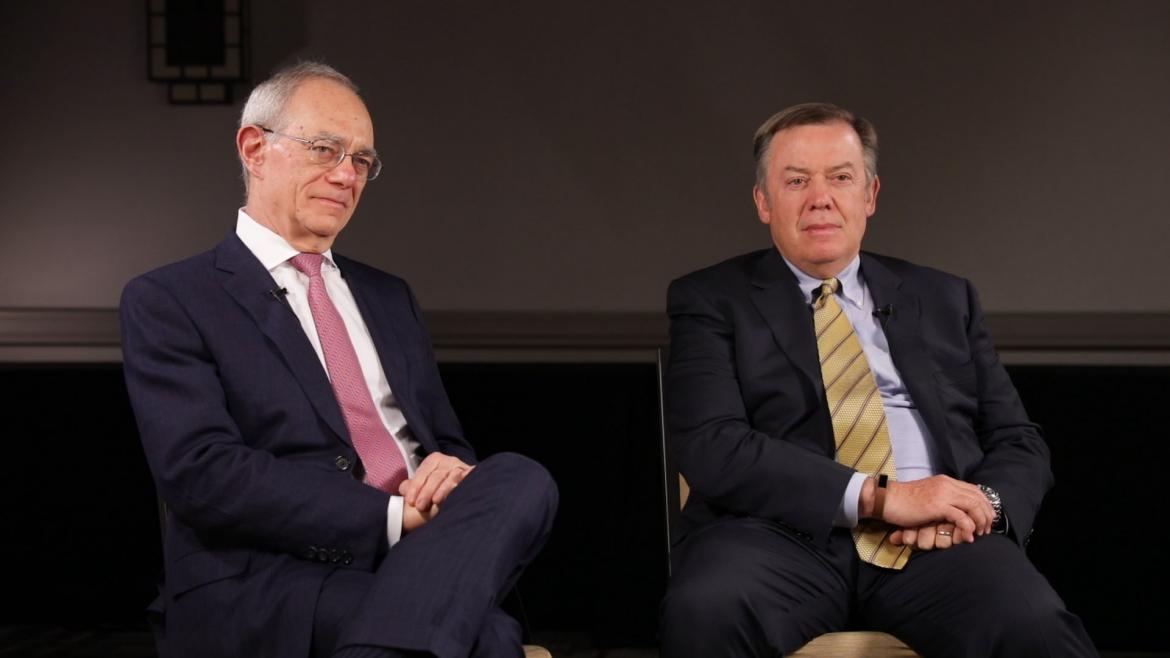 A chat with MIT, ASU presidents

Cronkite School student guides interview covering first-gen students (both presidents were one), innovation (both universities rank high) and what the other is doing right

At Arizona State University's Undergraduate Commencement on Monday evening, Massachusetts Institute of Technology President Rafael Reif told the Class of 2018 that they now had the ability and responsibility to hold open doors that will allow others to pursue an education and better themselves.

Before Reif's remarks at Chase Field in downtown Phoenix, he and ASU President Michael M. Crow sat down with Adriana De Alba, who graduated this week from the Walter Cronkite School of Journalism and Mass Communication at ASU, for a wide-ranging interview that included discussion of what each institution does to provide access to higher education and what the two university presidents admire about their colleague's institutions.

De Alba started with a topic that ties the three of them together: what it was like to be the first in their families to go to college and how that has affected their leadership at two of the world's most innovative universities.

Editor’s note: This is part of a series of profiles for spring 2018 commencement. Shayla Fordyce always knew she wanted to go into the social sciences and work with people. As an undergrad in sociology, she took an “Intro to Criminology” class as an elective one semester, which inspired her to pursue her master’s degree in criminology and criminal justice at Arizona State University.T...

Shayla Fordyce always knew she wanted to go into the social sciences and work with people. As an undergrad in sociology, she took an “Intro to Criminology” class as an elective one semester, which inspired her to pursue her master’s degree in criminology and criminal justice at Arizona State University. 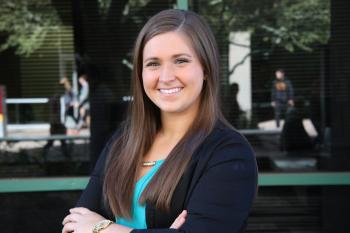 Shayla Fordyce is the Spring 2018 Outstanding Graduate for the ASU School of Criminology and Criminal Justice. Download Full Image

The Iowa native and first-generation student faced challenges in relocating to Arizona for graduate school, but she feels it has been worth it.

Throughout her college tenure, she has researched, worked, volunteered and studied the effects of substance abuse and how she can contribute her efforts to that issue. In summer 2017, Fordyce even became an AmeriCorps member and served a term with the Arizona Supreme Court – Adult Probation Division, where she worked with the Drug Court and DUI Court programs.

So what’s next for Fordyce? She recently accepted a research analyst position with the Arizona Criminal Justice Commission in the Statistical Analysis Center.

Answer: I have always known I wanted to be in the social sciences, and I have always wanted to work with people. My major in undergrad was sociology and I took an "Intro to Criminology" class as an elective one semester. From there, I realized that this is the industry I wanted to be involved with in order to do impactful research and work with agencies to improve their systems and processes — ultimately having a direct effect on those involved with the criminal justice system.

Q: What’s something you learned during your program, in the classroom or otherwise,  that surprised you, that changed your perspective?

A: One thing that has consistently been demonstrated throughout my classes and research is the "victim-offender overlap." This is the idea that people who have previously been victimized or have experienced trauma are more likely to offend and victimize others in the future. I had never thought about why offenders commit the crimes that they do, and more often than not, it is a direct result of something traumatic in their past. With that being said, there is still a level of personal accountability that should be considered with all people, but contextualizing some of these actions really provides a more holistic understanding of these behaviors.

Q: Why did you choose your particular degree at ASU?

A: The criminology and criminal justice program is ranked within the top 5 in the United States, so that was really enticing. I wanted to go somewhere where I knew I would get the best experience including a quality education and opportunities with agencies outside of the department ... and I did!

Q: What piece of advice would you give your past self when you were first starting school?

A: Trust yourself throughout this process; too often, it is easy to submit to the departmental norms/culture and become engulfed in what your colleagues are doing, but you know what you want and everyone is on their own journey, so be confident in your decisions and trust yourself.

Q: What will you miss most about your experience at ASU?

A: My cohort! Over the past two years, we have gone through this graduate school process together and I have formed several relationships with my colleagues and other students within the department. Although I plan to keep in touch with my cohort members, it will not be the same as going to class, hanging out after class, and traveling to conferences together.

Q: What’s next now that you have your degree?

A: I recently accepted a research analyst position with the Arizona Criminal Justice Commission in the Statistical Analysis Center.