We are often quick to thank military personnel for their service, but do we really offer the necessary support for them and their families? What unique challenges do they face and how can we prepare students to serve those issues? How can Arizona State University as a whole better support the military community? 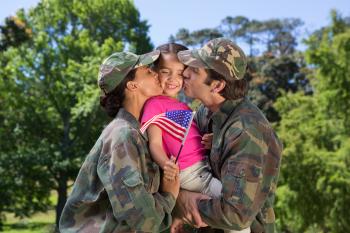 Noticing a professional need, she used her own experiences and insights from volunteering at a medical clinic to develop a proposal for a groundbreaking new course. With due diligence and the support of ASU’s ROTC commanders, Jennifer was able to push her proposal unanimously through ASU’s academic senate. In the fall of 2016, she was able to turn her passion into a class — FAS 410 — and the first group of students began their work. This remarkably creative, collaborative program works with the ROTC, the Pat Tillman Veterans Center and the Tempe community to provide students with increased understanding of the challenges faced by military families and to prepare them to provide assistance to this unique community.

This intimate class offers a unique combination of discussions, debates and guest speakers to communicate and explore the difficult issues surrounding military families. Open to all undergraduate majors and free of prerequisites, this class can be taken independently or as a part of a certificate path that includes an internship in a related field.

The benefits of this program go far beyond a certification. Students who explore this learning path emerge on the other side as well-equipped professionals ready to bring understanding, compassion and advocacy for individuals serving in our military and the families behind them.

Since arriving on the Arizona State University campus in 1971 as a new assistant professor, Robert Cialdini has been giving to the Department of Psychology — through his ground-breaking research, compelling teaching and mentoring, and generous service to the broader community. Now, 47 years later, the Regents’ Professor Emeritus of psychology and marketing continues to give. Along with his wi...

Since arriving on the Arizona State University campus in 1971 as a new assistant professor, Robert Cialdini has been giving to the Department of Psychology — through his ground-breaking research, compelling teaching and mentoring, and generous service to the broader community.

Now, 47 years later, the Regents’ Professor Emeritus of psychology and marketing continues to give. Along with his wife, Bobette Gorden, he has created the Robert B. Cialdini Leap Forward Fund, which provides $500,000 to elevate the department’s research, application, teaching, and outreach missions. 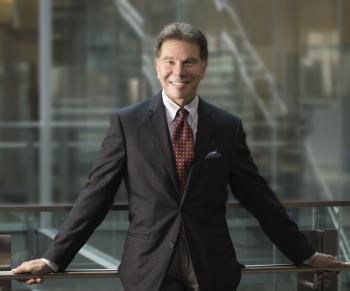 “The Leap Forward funds recognize that the starting point for research accomplishments at ASU is way up high,” Cialdini said. “We thought it would be beneficial to provide resources to allow a leap to the next level.”

The department’s early investments are diverse and include seed-funding for a cutting-edge faculty research project on positive emotions in marriage, an intervention to help students with alcohol infractions, summer opportunities for students to gain experience in the department’s research labs, computing infrastructure for enhancing big data analyses, technology for facilitating brain imaging research and opportunities for doctoral students to get specialized training during summers.

“Not too long ago, we made a conscious decision not to make any big lifestyle changes in retirement and to instead help causes we believe in,” Gorden said. “We believe in the people who make up the ASU Department of Psychology. It is all about the people, and we believe the department will be a good shepherd of these funds.”

“This donation is so much like Bob and Bobette,” said Foundation Professor and Department of Psychology Chair Steven Neuberg. “They’ve contributed greatly to the department in the past and are helping to lead us into the future. We’re very grateful — for the forward-looking opportunities provided by their gift, and for the trust they have in us to be creative, effective stewards of it.”

Cialdini’s path to a storied career at ASU and as an internationally renowned author began with an empty desk at the University of Wisconsin, Milwaukee. He studied psychology in college but focused on animal behavior. His first publication in a peer-reviewed journal was in Science: the study was on earthworm pheromones. Cialdini said he was planning to go to graduate school to become an ethologist.

“But, I had a mad crush on Marilyn Repinski,” he said. “She was taking a social psychology course and there was an empty desk next to her. At that point in our relationship, we wanted to be together all of the time, so I sat in the desk and took the course.”

By the end of the semester, Cialdini said he was more enamored with social psychology than with Marilyn.

Cialdini told his social psychology professor that he made a mistake by planning to study animal behavior in graduate school and that he wanted to study human behavior. At the time, one graduate program was still accepting applications. Cialdini applied to the University of North Carolina in Chapel Hill and was accepted. After earning his doctorate from UNC, he completed post-doctoral studies at Columbia University before joining the ASU Department of Psychology.

“What if there hadn’t been an empty desk?” Cialdini asked. “I found my passion by a fortuitous accident.”

A home at ASU

Cialdini credits the supportive culture at ASU with allowing him to pursue his passion of studying human behavior.

“ASU is home and has been my home for 35 years,” Cialdini said. “I am grateful to the university and department for giving me the support and freedoms to really accomplish some of my goals.”

In 1984, Cialdini published “Influence: the Psychology of Persuasion,” which has sold over 3 million copies and has been translated into more than 30 languages. He recently wrote a new book, “Pre-suasion: a Revolutionary Way to Influence and Persuade.” Together with Gorden, Cialdini now runs the company Influence at Work, and he is revising “Influence” for an upcoming sixth edition.

“My ASU colleague Wilhelmina Wosinska told me that my book ‘Influence’ has been taught for so long in Poland that her students think I am dead,” Cialdini said. “I have to update the book to disabuse the Polish students of my demise.”