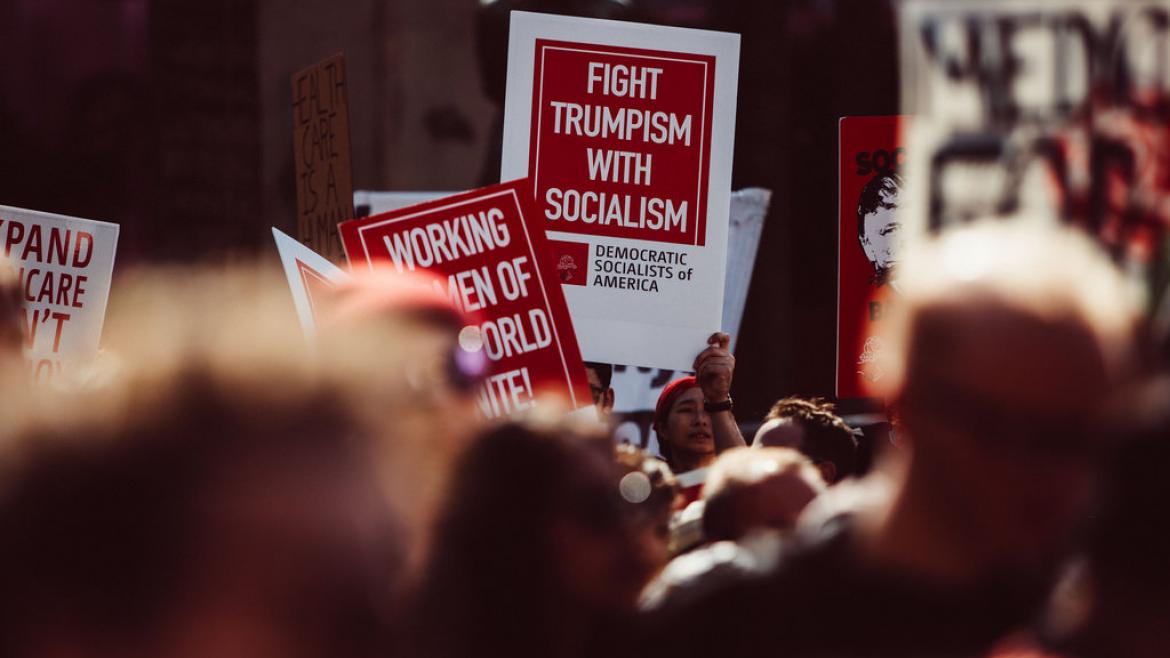 To be a socialist: A once-derided label gains fresh currency

These are good times to be a socialist. In the not-so-distant past, that moniker was wielded as a slur to decimate a left-leaning political opponent or to besmirch their character. Not so much anymore.

The Democratic Socialists of America are seeing swelling membership numbers, and dozens of political candidates across the country are openly running in the November midterms as socialists. According to a variety of news reports, the uptick mostly can be attributed to millennials, who blame capitalism for sticking them with heavy student debt, high rents, unaffordable medical care and what they view as an unequal justice system.

To get up to speed on this emerging political trend, ASU Now consulted with Daniel Pout, an instructor at Arizona State University’s School of Politics and Global Studies. 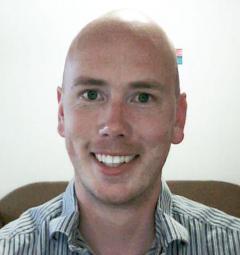 Question: "Socialist" was once considered a dirty word in politics. Now many people and candidates are embracing the label. To what would you attribute this turnaround?

Answer: The movement you describe is part of a trend that is happening across the world, certainly in Europe and America, where we are moving from the traditional competition between center-right and center-left parties that fundamentally agreed on how to organize economically and socially towards a competition between the political center and its periphery.

You can see this in the coalition between Angela Merkel's Christian Democratic Union and her party's former rivals, the Social Democratic Party. This coalition government maintains the status quo against the rise of the more radical Left Party, Green Party and Alternative for Germany. Here in the United States, the election of Donald Trump and the success of Bernie Sanders, who has described himself as a socialist, is a sign that American voters, like their European counterparts, are ready to investigate alternatives to the status quo liberal capitalist/welfare state consensus that was reached in Western countries following the end of World War II.

I put this willingness to consider alternatives down to dissatisfaction with how governments handled the global financial crisis, as well as the increased access to alternative political viewpoints as the media landscape develops.

Q: What is a socialist?

A: A socialist is someone that works towards a political system where the working class, as a collective whole, own the means of production in society. In the last few decades in Europe, this was often achieved through state ownership of large enterprises. So, when I was a child in the United Kingdom, the telephone company, railways, coal mines, steel works, airlines and car manufacturers, among other industries, were all owned by the government, which represented the interests of the people (it might go too far to say the interests of the working class).

The British Labour Party, which at its founding was very much a socialist party, abandoned this policy of public ownership, one that was enshrined in its own constitution, in the mid-1990s. In doing so, it abandoned socialism. Recently, socialism has become associated with robust welfare states and universal health care.

Q: This appears to be a movement fueled by millennials, many who are drawn to the Democratic Socialists of America's promise to combat income inequality, injustice and corrupt politics. Are they naïve to think this or are these different times?

A: Income inequality and injustice are important issues and the fight against them is a worthy cause. I would expect that many people care about these issues. The important question here is, how to go about addressing them?

Socialism’s answer is to organize as a class and to collectively wrest control of the means of production in order to affect a more equitable distribution of the resources that the working class is absolutely indispensable in creating. Liberal capitalists might point to world trade and the opening up of markets. Look at China, they might say: Openness to international capital and goods flow has eradicated extreme poverty and built cities that are as wealthy as New York and Los Angeles. Liberal capitalism has been the prevailing doctrine in the world since World War II but, as I say above, people are interested in exploring alternatives. Socialism is one alternative.

A: In Britain, the party rank and file gained control of the Labour Party and elected an openly socialist leader, Jeremy Corbyn. His Shadow Cabinet resigned en masse and everyone said that this was the end of the Labour Party. The media and political experts said that the party had made themselves unelectable and had taken the party back to the years when Thatcher trounced them in every election. Yet in the most recent polls, the party that Jeremy Corbyn leads is tied with the governing Conservative Party at 40 percent.

While Britain has a different history, it has followed a similar political story as the United States since the Reagan and Thatcher years. On that basis, and learning from Sanders’ success here, I predict that if the Democratic Party offers an alternative to the political status quo, they would see enhanced success.

TEMPE – Following a hectic three-meet weekend in the Los Angeles area, the Sun Devils take on just one challenge as they head south to the Desert Heat Classic in Tucson Saturday. ... TEMPE – Following a hectic three-meet weekend in the Los Angeles area, the Sun Devils take on just one challenge as they head south to the Desert Heat Classic in Tucson Saturday.