David Earll, Arizona State University School of Music alumnus, has been appointed assistant professor of tuba and euphonium at the Ithaca College School of Music in New York, beginning fall 2018.

Earll graduated from ASU with a Master of Music degree in 2011 and a Doctor of Musical Arts degree in tuba performance in 2014. He is currently an assistant professor of tuba, euphonium and trombone at the University of Wisconsin, Platteville. 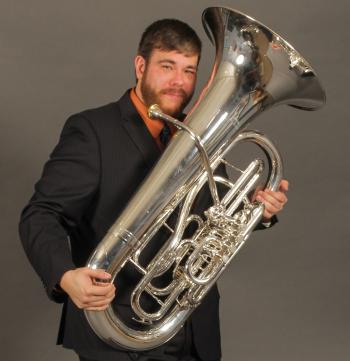 David Earll graduated with a Doctor of Musical Arts degree in tuba performance from ASU in 2014. Download Full Image

Earll said he was drawn to the tuba as a middle school student due to the sheer size of the instrument, but in high school fell in love with the sound, the range and the breadth of expression found in the tuba and euphonium. After voraciously listening to tuba and euphonium albums, Earll said he realized that many of his biggest heroes were his music teachers and the performers on his albums. He said he knew then that he wanted to embark on a journey to become that same type of hero for other young musicians.

Related: ASU's Burning Brass ensemble: You can never have too much tuba

“My time in the ASU School of Music was a period of amazing personal and musical growth in my life,” said Earll. “In 2013, Professor Deanna Swoboda invited me to join her on a tour, which culminated in a collaborative and solo performance at the Hong Kong Academy for Performing Arts. This tour marked my first international appearance as a soloist, chamber musician and clinician and sparked my interest in traveling the world in order to perform and teach.”

Earll has since performed throughout the world — the United States, Hong Kong, Germany, Austria, Switzerland, France and the Netherlands. In 2016 he received the prestigious Clifford Bevan Award for Excellence in Research by the International Tuba Euphonium Association for his ASU doctoral project and is recognized as a Willson Tuba Artist.

“David’s work as an ASU graduate student was exemplary,” said Swoboda, associate professor in the ASU School of Music. “He was my first graduate teaching assistant, and it was an absolute pleasure to serve as his professor and mentor. David is a truly artistic scholar who has since carved a path for himself as a world class tuba artist, scholar and educator.”

Heewon Kim, assistant professor in the Hugh Downs School of Human Communication, has been awarded the A.T. Steele Faculty grant by the Center for Asian Research at ASU.This grant will support Kim’s project, "Unleashing voices through anonymous communication: Power disparities, workplace freedom of speech, and organizational dissent in South Korea." This summer, the grant will fund her travels to...

Heewon Kim, assistant professor in the Hugh Downs School of Human Communication, has been awarded the A.T. Steele Faculty grant by the Center for Asian Research at ASU.

This grant will support Kim’s project, "Unleashing voices through anonymous communication: Power disparities, workplace freedom of speech, and organizational dissent in South Korea." This summer, the grant will fund her travels to Seoul where she will visit corporations, interview Korean workers, and distribute a survey. 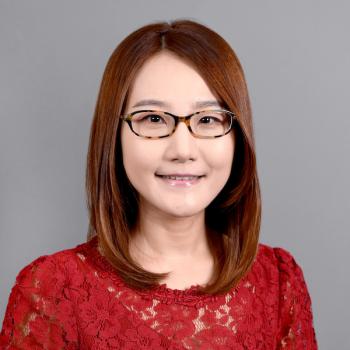 Her study will focus on how status disparities in the workplace may affect employee voice and engagement in South Korea. In addition, she will look into how Korean workers strategically use anonymous social media to offer input, express dissent and make positive changes at work.

"I deeply appreciate this generous support provided by the Center for Asian Research," Kim said. "The funds will greatly facilitate the processes of data collection, which will help me advance my work on status disparities and their influences on communication climate in the workplace. I hope my study contributes to advocating employee voice, protecting workplace freedom of speech, and promoting transparency and participation in organizations in South Korea."