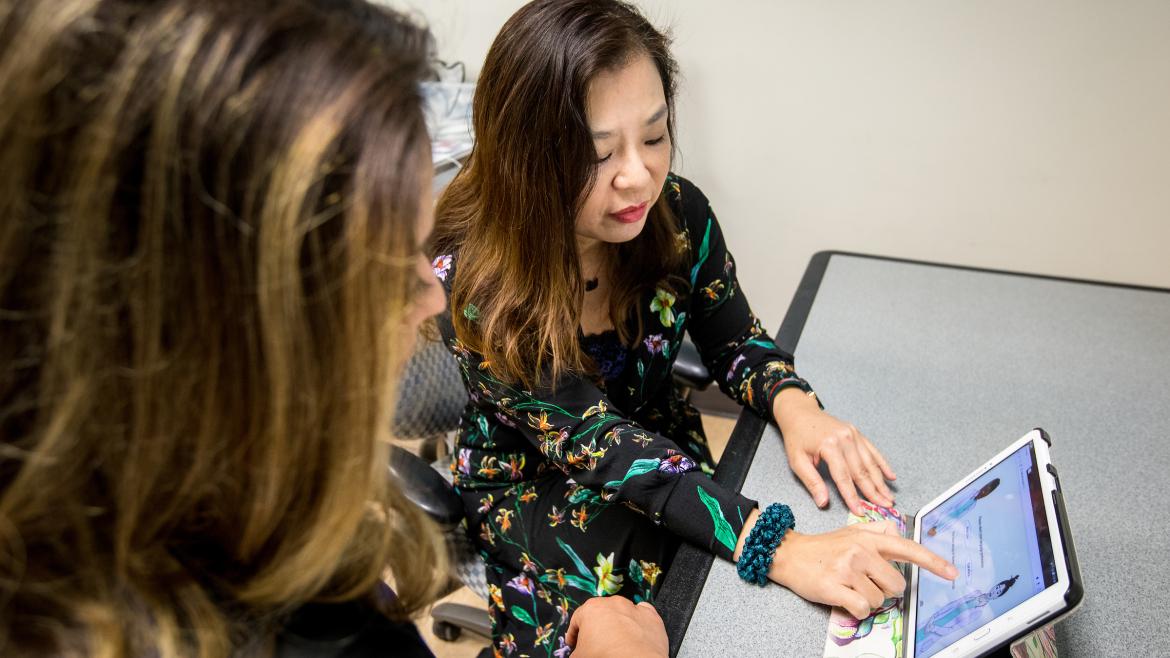 It’s been almost 30 years since Salt-N-Pepa implored Americans to set their puritanical misgivings aside and talk about sex, and yet we still struggle with the subject; that fact is abundantly clear when you consider national HPV vaccination rates.

Because the state requires parental consent for children under 18 to receive the HPV vaccination, Arizona State University College of Nursing and Health Innovation Associate Professor Angela Chen and colleagues designed a computer-based intervention program to educate parents about the virus and the risks associated with it, all while they sit in a waiting room.

In pilot studies that tested the intervention at the Maricopa County Public Health Clinic in Phoenix, researchers saw a nearly 100 percent success rate.

“The goal is to increase parents’ knowledge about HPV, because they don’t have motivation to get their kids vaccinated if they don’t understand what it is,” Chen said. “We never did a good campaign to promote [the HPV vaccine] nationwide, systematically. And school districts have concerns about talking about anything that has to do with sex.”

But squeamishness has done nothing to abate the rates of infection. The Centers for Disease Control estimates roughly 50 percent of sexually active individuals under the age of 25 are infected with the virus, for which there is no cure. The consequences of infection can be as benign as genital warts or as serious as cancer.

Vaccination has been approved for children as young as nine but Chen said she’s heard from both providers and friends that they don’t see the point in having children vaccinated so far in advance of puberty.

“That’s wishful thinking,” she said. “We wish they won’t engage in [risky sexual] behavior. But once they do, how can you prevent it? It’s too late. ... And besides, it’s very well documented that it doesn’t promote promiscuous behavior.”

In addition, some doctors still aren’t convinced of the vaccination’s efficacy. However, Chen said, “Epidemiological data has shown a significant drop in the number of young adults who got cervical cancer because of the HPV vaccine. So it shows it’s working.”

There are other roadblocks to vaccination besides a dearth of knowledge, and her team sought to address those as well.

How the intervention works

The Maricopa clinic where the pilot studies were carried out offers free, walk-in appointments, and because the intervention takes only about 10 minutes on an iPad while the parents sit in the waiting room, it doesn’t interfere with clinicians’ normal routine.

The HPV vaccination is not yet required by schools to attend, but others are — such as those for measles, mumps and rubella (MMR) and Hepatitis B. So Chen and her team approached parents who were already at the clinic to get their children school-required vaccinations and asked them to give the intervention a try while they waited.

The computer-based program allows parents to choose a doctor avatar who walks them through a crash course on HPV. They answer true or false questions about the disease, and if they respond incorrectly, they’re provided with facts. Afterward, once fully informed, parents are asked if they’d like to add the HPV vaccination to the roster of shots their kids were already receiving.

The first pilot study, published by the Journal of Nursing and Health Care, targeted only Latino parents and children. In that instance, 95 percent of parents who underwent the intervention responded with intent to vaccinate their children, and 50 percent consented to immediate vaccination.

The second pilot study was opened up to parents and children of all ethnicities, and saw similar results. Chen expects that study to be published later this year.

Buoyed by the promising results, she and her team are now seeking funding to scale the study, and also to develop a game that will engage both parents and children.

“When we were working with the parents the kids would say, how come we don’t have something to play with? So we want to create a developmentally appropriate game for kids so that they’re learning but also having fun,” Chen said.

The game will include a component that allows them to play with a parent to encourage joint decision-making.

“I think that’s the best way to promote HPV vaccination,” she said, “to engage both parents and kids.”

Top photo: Associate Professor Angela Chen demonstrates how she talks with parents about HPV and its vaccine at a Maricopa County Public Health Clinic in Phoenix, as part of a study on the efficacy of the STD awareness program to combat the virus-associated cancers. Photo by Charlie Leight/ASU Now

Starting this week, Arizona's border will see more boots on the ground as hundreds of National Guard members will be deployed by Arizona Gov. Doug Ducey at the behest of President Donald Trump.Trump ordered the Department of Homeland Security and the Pentagon last week to develop a plan to tighten security along the nation’s southern perimeter to fend off immigration, gang activity and illegal d... 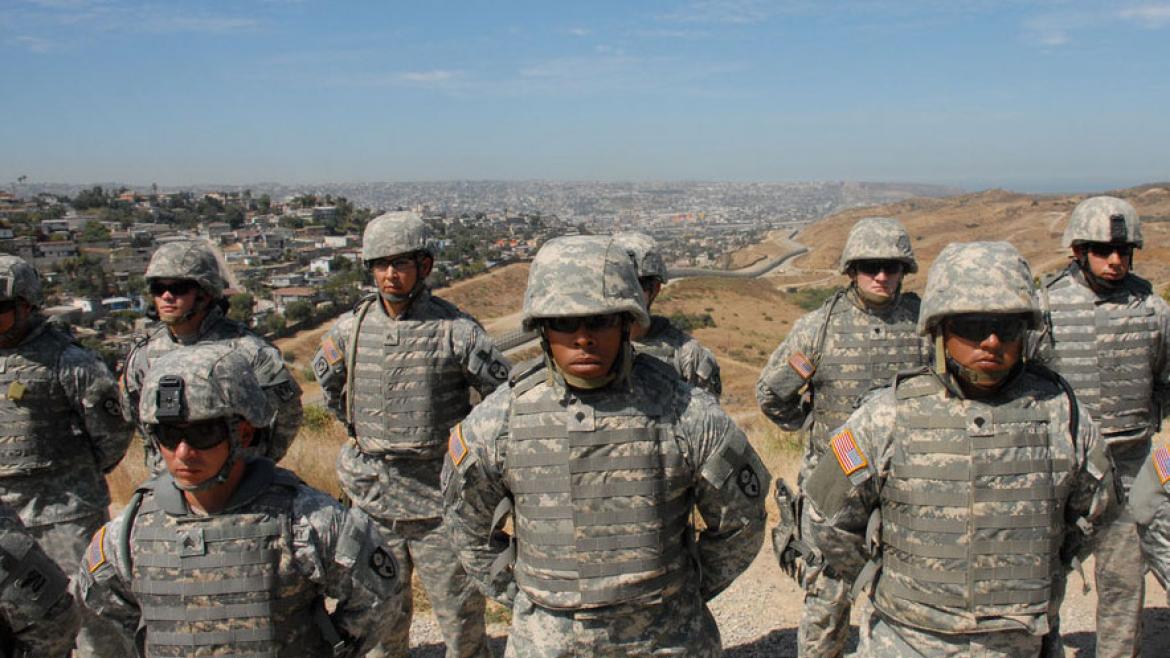 Starting this week, Arizona's border will see more boots on the ground as hundreds of National Guard members will be deployed by Arizona Gov. Doug Ducey at the behest of President Donald Trump.

Trump ordered the Department of Homeland Security and the Pentagon last week to develop a plan to tighten security along the nation’s southern perimeter to fend off immigration, gang activity and illegal drugs entering our country. He also called on governors of Southwestern states to send National Guard units to the border. Ducey has responded by calling on 338 troop members to assist with air support, reconnaissance, logistics and construction of border infrastructure.

The initial deployment is set to last 31 days and could later be extended. The action is supported by federal funds, according to a spokesman for Ducey.

To better understand this current development and its implications, ASU Now reached out to Angela Banks, the Charles J. Merriam Distinguished Professor of Law at the Sandra Day O’Connor College of Law at Arizona State University and an immigration and citizenship expert whose research focuses on membership and belonging in democratic societies. 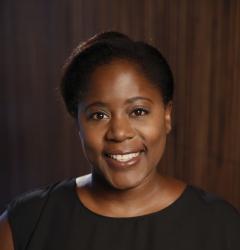 Question: What precipitated this action?

Answer: It is not clear what precipitated this action. Since Congress passed the $1.3 trillion spending bill in March that only provided $1.6 million for a border wall, President Trump has been looking for new ways to fund border enforcement. The use of National Guard personnel appears to have been one solution.

Q: Is this a proper use of these soldiers?

A: There are limits on the types of activities that soldiers can engage in within the United States. For example, the Posse Comitatus Act requires that the president obtain Congressional authorization before the military can act in a domestic law enforcement capacity. However, Title 32 of the United States Code exempts the National Guard from this requirement.

Q: Is this type of action unprecedented?

Q: What are the implications?

A: There is the practical implication of having a force multiplier on the border. In the past, National Guard members have been used when the administration concluded that more customs and Border Patrol agents were necessary to be effective. The Trump administration has not specified what tasks National Guard personnel will be involved in so it is not clear how effective they will be in addressing the larger issues of unauthorized migration or transnational criminal activity that President Trump has expressed concern about.

Sending the National Guard to the border also allows President Trump to demonstrate that he is following through on his campaign promises to enact tougher border control.

Q: What is the bill for something like this?

A: It is unclear what the cost will be at this time because President Trump has not stated how many National Guard personnel will be sent to the border. In September 2011 the Government Accountability Office reported that the cost of Operation Phalanx and Operation Jump Start was $1.35 billion. Past presidents have been critiqued for their use of National Guard personnel on the border because of the high cost of such operations, the perception that the operations produced minimal results, and that it militarized the border.