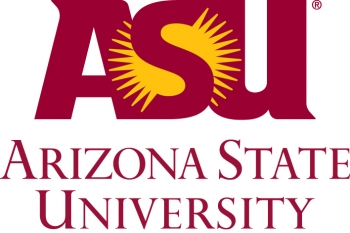 Diamond's unparalleled electrical, physical and material properties make it suited to operate in harsh environments and capable of handling high voltages, currents and temperature for power processing. Building a diamond diode will be the beginning of Advent Diamond’s development and commercialization of diamond-based electronics. These diamond devices will find applications in a variety of markets that require processing power and high temperature tolerance, including electric vehicles, geothermal/oil & gas drilling, aerospace, power grids, high-frequency radar and communication systems, nuclear, radiation detectors and planetary and space exploration.

“The National Science Foundation supports small businesses with the most innovative, cutting-edge ideas that have the potential to become great commercial successes and make huge societal impacts,” said Barry Johnson, director of the NSF’s division of industrial innovation and partnerships. “We hope that this seed funding will spark solutions to some of the most important challenges of our time across all areas of science and technology.”

NSF accepts Phase I proposals from small businesses twice annually in June and December. Small businesses with innovative science and technology solutions and commercial potential are encouraged to apply. All proposals submitted to the NSF SBIR program undergo a rigorous merit-based review process.

The National Science Foundation awards roughly $200 million annually to startups and small businesses through the SBIR/Small Business Technology Transfer (STTR) program, transforming scientific discovery into products and services with commercial and societal impact. The non-dilutive grants support research and development across almost all areas of science and technology helping companies de-risk technology for commercial success. The NSF is an independent federal agency with a budget of about $7 billion that supports fundamental research and education across all fields of science and engineering.

The Ak-Chin Indian Community has made a philanthropic donation to benefit the Indian Legal Program (ILP) at the Sandra Day O’Connor College of Law at Arizona State University.A multi-year commitment running through 2026, the $750,000 endowment will support the ILP, sponsor a national Indian law conference each year, and provide funding for two new scholarships.“The Ak-Chin Indian Community ha...

The Ak-Chin Indian Community has made a philanthropic donation to benefit the Indian Legal Program (ILP) at the Sandra Day O’Connor College of Law at Arizona State University.

A multi-year commitment running through 2026, the $750,000 endowment will support the ILP, sponsor a national Indian law conference each year, and provide funding for two new scholarships. 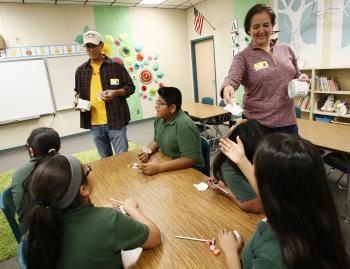 “The Ak-Chin Indian Community has a long history of supporting ASU Law and our Indian Legal Program,” said ASU Law Dean Douglas Sylvester. “We are thankful for that generous support and honored to continue partnering with the Ak-Chin community on the mission of expanding Native American students’ access to legal education.”

In addition to the scholarships and the annual conference, the Ak-Chin community will also be recognized in the naming of the large event center on the fifth floor of ASU Law’s home, the Beus Center for Law and Society in downtown Phoenix.

Ak-Chin Chairman Robert Miguel credits ASU Law with increasing interest in the legal profession in his community, citing a teen court program and similar activities aimed at the tribe’s youth.

“We recognize the fact that a lot of Native Americans throughout Indian Country are taking an interest in law programs, not just in the state of Arizona, but throughout the country,” Miguel said. “Access to a great legal education is something we want our community members and other Native Americans to take advantage of. We think that’s vital and key to the progression of generating lawyers, judges and other legal professionals in the long run.”

An issue of underrepresentation

According to the American Bar Association, only one percent of active attorneys in the United States in 2017 identified as Native American.

Patty Ferguson-Bohnee is the faculty director of the ILP and former president of the National Native American Bar Association. Along with ILP Director Kate Rosier, she has worked to identify the unique impediments facing Native Americans trying to enter the legal profession.

That realization helped lead to the formation of the Pipeline to Law Initiative. Sponsored by the ASU ILP and the Indigenous Law Program at Michigan State University College of Law, the initiative is a collaboration with other schools and Native American organizations.

“This initiative was spearheaded by ASU Law, but we also developed partnerships with other law schools, because not every Native student is going to attend ASU Law, and the intent is not to push students to attend any particular law school,” Ferguson-Bohnee said. “The goal is to have them think about their opportunities and how they can make their dreams happen if they are interested in the legal profession.”

Miguel said the Ak-Chin community, whose population totals just over a thousand people, was inspired by the Pipeline Initiative.

“We support what ASU Law is trying to implement, and that played a large part in our decision to donate,” he said. “There’s growing interest in the law in Indian Country overall, and our community is small compared to other tribes, but when some of our youth see tribes from the surrounding communities take an interest in law careers, I think there’s a sense of ‘If they can do it, I can do it, too.’ Seeing their peers do it can motivate them in that direction.”

ASU Law’s ILP students frequently visit area schools as part of the Pipeline Initiative, and Ferguson-Bohnee says that can be a big inspiration to Native American youth.

“I think that’s impactful, especially if you never see a Native person as a lawyer,” she said. “You don’t really understand the positive context of being a lawyer and how important it is for the maintenance of communities and for the protection of sovereignty. It could mean that you have water in your community, or electricity, or the defense of important rights that you don’t really understand as a child.”

The impact of scholarships 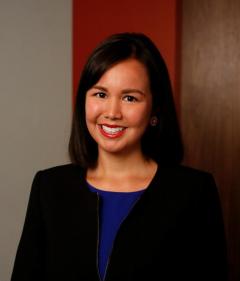 After getting her undergraduate degree, Sarah Crawford developed an interest in law school while working in Washington, D.C. But Crawford, a member of the Sisseton-Wahpeton Sioux Tribe in South Dakota, faced a financial challenge.

“I come from a family that doesn’t have a lot of money. Throughout my undergraduate degree, I had always done everything on my own as far as getting my own funding,” she said. “I worked throughout all of undergrad, working 20 to 30-plus hours a week to support myself, but law school does not afford the time to work as much as I did in undergrad. Having financial support throughout law school was very important to me in my search.”

Crawford had several close friends and mentors who had graduated from the Indian Legal Program, so ASU Law was already near the top of her list. And as she researched Indian law programs throughout the country, ASU became her No. 1 choice.

“I discovered that ASU Law had complete support for the ILP program, and I really didn’t see that at other schools, where they put Indian law at the forefront,” she said. “ASU Law is also one of the few law schools in the nation to offer an Indian Law certificate.”

Crawford applied for — and received — the initial scholarship sponsored by another Phoenix-area tribe, the Fort McDowell Yavapai Nation.

“I was completely flabbergasted, amazed and touched by the support,” said Crawford, who is now a second-year student at ASU Law. “It showed that ASU Law believed in me and wanted to make sure that I was able to afford law school, and that really, truly meant a lot to me.”

Focused on the future

Though she’s far from South Dakota, Crawford has felt at home at ASU Law, in large part because of the support of the surrounding tribal communities.

“A lot of people used to warn me that if you go off the reservation and get an education, there will be lack of support,” she said. “Well, I actually found the complete opposite coming to ASU Law School. The tribes here have all been very, very supportive of Natives going into graduate and undergraduate school.”

After completing law school, Crawford hopes to effect change for Native Americans with a career focused on policy and legislation.

“I really enjoy looking at policy, finding the bigger issues, and trying to break down the barriers, because there are a lot of barriers that are policy-related in Indian Country,” she said. “These issues are both large and small, and it will take continual work to chip away these policy barriers so that tribal nations can best utilize all of their resources and continue to grow.”

Miguel believes the investment the Ak-Chin community has made will pay enormous dividends.

“We’re proud of the donation and the support we’re giving, and we’re looking forward to seeing the outcome in the next couple of years,” he said. “We feel this is going to help grow Native American interest in a much-needed profession, particularly here in Arizona. And we’re always happy to help in any way we can to enhance those types of educational opportunities.”