Strengthening the structural materials on which military forces depend is a critical challenge in national defense. During their studies to earn doctoral degrees in materials science and engineering at Arizona State University, Sudhanshu Singh and Tyler Stannard made noteworthy contributions to that effort.“They’ve done great work on metal corrosion research. They’ve provided new knowledge t...

Strengthening the structural materials on which military forces depend is a critical challenge in national defense. During their studies to earn doctoral degrees in materials science and engineering at Arizona State University, Sudhanshu Singh and Tyler Stannard made noteworthy contributions to that effort.

“They’ve done great work on metal corrosion research. They’ve provided new knowledge to help us better understand how it happens, how to deal with it and how to design new materials that are more resistant to it,” said Nikhilesh Chawla, a Fulton Professor of materials science and engineering in ASU’s Ira A. Fulton Schools of Engineering. 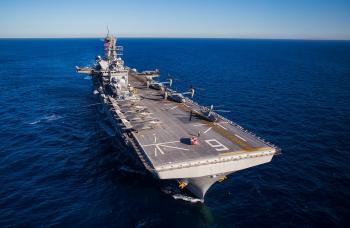 Many military ships and aircraft are made largely of aluminum alloys. In research funded by the United States Navy, Air Force and the Department of Defense, two recently graduated Fulton Schools doctoral students explored ways to lessen the corrosive impacts of the environment on those alloys. Photo courtesy of Pixabay Download Full Image

Singh and Stannard worked under Chawla’s guidance in his Center for 4D Materials Science at ASU, and at the Advanced Photon Source facility at the prominent Argonne National Laboratory in Lemont, Illinois, where they worked with physicist Xianghui Xiao.

Their findings led the three researchers to co-author “In Situ X-ray Microtomography of Stress Corrosion Cracking and Corrosion Fatigue,” which was published in the Journal of Materials and won the 2017 Best Paper Award on structural materials research from TMS, the Minerals, Metals and Materials Society, a leading international professional organization in those fields. 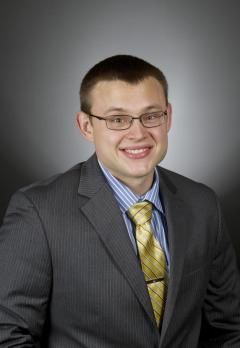 Tyler Stannard, who was awarded a National Science Foundation Graduate Research Fellowship to support his doctoral studies, now works for a developer of technologies used in semiconductor and nanoelectronics industries.

The award was officially presented on March 12 at the TMS Annual Meeting in Phoenix.

The research focused on aluminum alloys such as those used on large ships and aircraft and was funded by the Office of Naval Research, the Air Force Office of Scientific Research and through the U.S. Department of Defense Multidisciplinary University Research Initiative.

The MURI program supports projects with the potential to produce results that promise solutions to high-priority military problems.

Chawla says Singh and Stannard’s research results provide valuable new insight into corrosion triggered by environmental factors, such as the effects of salt water on the metals used for naval ships and other sea vessels.

The work also demonstrates a high level of skill in the use of advanced X-ray microtomography and focused ion beam techniques to probe the fundamental structures and characteristics of materials — techniques that are increasingly employed in a range of scientific and engineering endeavors.

Singh and Stannard’s innovative technical approaches are likely part of what attracted the interest of their new employers. 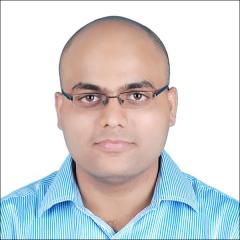 Sudhanshu Singh joined the material science and engineering faculty of the Indian Institute of Technology Kanpur soon after earning his doctoral degree.

Singh, who graduated last summer — and by that time had co-authored more the 40 research papers — is now an assistant professor of materials science and engineering at the Indian Institute of Technology Kanpur, one of India’s leading public higher education institutions.

“It’s rare for someone to go from just getting their doctorate straight to being hired for a faculty position,” Chawla says. “I’m sure his research accomplishments played a part in that.”

Stannard, who graduated in December, is working for KLA-Tencor Corporation, a leading developer of state-of-the-art inspection and metrology (measurement) technologies for semiconductor and related nanoelectronics industries. He is performing research in optical metrology for advanced semiconductor metrology machines.

Stannard says the work has piqued his interest in the emerging tech field of computer vision and he now plans to pursue a career that combines materials science and computer vision research.