Christians all over the world are now facing the growing threat of persecution, according to Jason Bruner, an assistant professor of religious studies in Arizona State University's School of Historical, Philosophical and Religious Studies (SHPRS), but public discourse about this global problem may be just as important to examine as the problem itself.

Bruner recently received the Louisville Institute Project Grant to fund his research project. In the book he is now writing, "An Ecumenism of Blood: American Christians, Persecution, and the Imagination of a Global Christianity," Bruner aims to analyze how the contemporary narrative of Christian persecution manifests throughout American society, and the origins of this narrative. 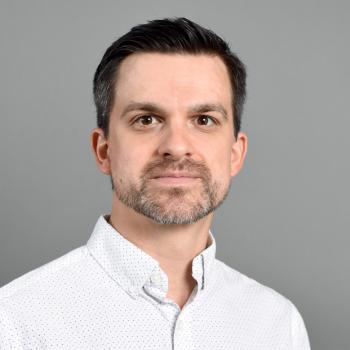 According to recent reports, there have been many incidents in Middle Eastern countries, such as Egypt, involving deadly attacks and killings of Christians. Bruner said that, as a result, it has become more socially acceptable for Americans to refer to these types of events as part of a “global war on Christians” and even a “Christian genocide.”

The Louisville Institute Project Grant, which offers up to $30,000 to award winners, is centered around helping those affiliated with academic and pastoral institutions to conduct research about Christianity.

Topics such as Christian identity, violence and the state of Christianity as a global religion intersect with many other serious world issues.

“They’re not simply humanities questions, these are issues that are having global repercussions in terms of public policy, international activism around human rights or religious freedom,” Bruner said.

He sees this project grant from the Louisville Institute as a chance to not only expand upon on his personal curiosities about Christian persecution in a global context, but also as a way to link other interdisciplinary research that he has been a part of, such as studies of comparative genocide. Bruner said that as a scholar, it has been fascinating, “being around Christians in the United States, picking up on their inclination to talk about Christians overseas as if they’re only persecuted, and as if persecution is the defining factor of their existence.”

Along with his book, he intends to explore the influence that social media has with framing Christianity issues. By using social media tracking software, Bruner will be able to examine how digital networks provide an online culture where perceptions may actually perpetuate controversy and complexity of this subject.

Bruner will be using this grant to identify the reasons why so many people perceive that Christians, and Christianity as a whole, are being threatened on a global scale. “The project isn’t seeking to continue this argument, but rather subject the argument to an analysis of thinking where does this come from and what kinds of effects is it having.”

While this current narrative can be politically expedient, Bruner said, the concern is that this language often implicates further violence in response. This is why it is imperative to take a closer look at these issues on a factual, analytical basis.

Bruner said that the kind of extensive research project might not be possible at another university.

“I think it’s the kind of project that ASU and SHPRS can facilitate because it grows out of collaborative faculty groups and seed grants,” he said. “To me, it’s a testament to the unique kind of research infrastructure that’s possible at this kind of an institution.”

Juarez Strikes Out 17 In Road Win at Cal

Juarez Strikes Out 17 In Road Win at Cal