Arizona State will continue Pac-12 play this weekend with a three-game series against the California Golden Bears in Berkeley, Calif. A Scottsdale-based blockchain entrepreneur said Wednesday that the emerging currency technology is growing exponentially, but he does not envision it will take over the banking system in the foreseeable future; rather, it will peacefully co-exist alongside it.

“I would not expect that digital currency will become the only payment method out there or that it will take over the banking system,” said Ryan Taylor, CEO of Dash, a Scottsdale-based cryptocurrency focused on payments and commerce. “We see us sitting alongside other existing payments. This is about becoming relevant for a portion of those transactions.”

Taylor spoke at a discussion on blockchain and the law moderated by Sandra Day O’Connor College of Law student Jason Wadsworth at the Beus Center for Law and Society on Arizona State University's Downtown Phoenix campus.

The Center for Law, Science and Innovation hosted the event, which featured a panel of blockchain industry leaders, innovators and CEOs. The panel discussion included dialogue on the emergence of blockchain in the world financial ecosystem from banking to developing nations' agriculture; the technology's innovative uses; and the legal challenges they face as more regulation applies to the industry. 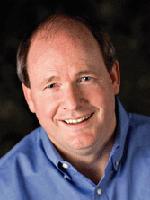 “There is so much excitement about blockchain because it is stimulating so many novel applications and innovative business models,” said Gary Marchant, faculty director for the Center for Law, Science and Innovation. “Arizona is fortunate to be home to a number of innovative companies using blockchain in new business models that are having a national and international impact. We are fortunate to have the CEOs of three of those Arizona companies here today to share their vision and business models.”

The discussion was the third of four scheduled events for ASU’s “Blockchain Speaker Series” and drew more than 100 people, mostly attorneys.

More: Policymakers say Arizona should 'guide the narrative' on blockchain

In 2014, the Internal Revenue Service recognized digital currency — a decentralized, digital ledger system that serves as the foundation upon which bitcoin and other cryptocurrencies operate. It was the same year that Dash was formed. Today Dash is the sixth-biggest cryptocurrency worldwide and has a total market capitalization of $2.5 billion.

“It brings the best practices to bear,” Taylor said.

Boyd said it’s also highly efficient when it comes to smoking out fraud, particularly in the title industry. He said fraud accounts for about $19 billion annually and is the number one issue in the field.

“Blockchain can de-risk and minimize losses for those companies,” Boyd said. “There’s a very big demand for the work we do.”

McGary’s company also started in 2014. He had four people then; today, they boast a roster of 120. He said blockchain works well because current networks are “highly fragmented based on mistrust.”

The three agreed that although blockchain is making many advances, there are still some stumbling blocks. Some of them include legal challenges, SEC rulings, jurisdiction issues and environmental impacts — blockchain consumes an exorbitant amount of energy. Taylor believes the latter can be addressed over time, with innovation and research.

“There’s room to introduce efficiency, and we absolutely intend to address that when it gets out of hand,” Taylor said.

The Blockchain Speaker Series will conclude on April 18. That session will feature three legal practitioners who represent clients in the blockchain industry discussing how blockchain technology will change the business and practice of law. For more information, click here.