Men2Men conference offers attendees the opportunity to connect across racial and generational lines to discuss sexual harassment, other issues

Sexual harrassment and assault are all over the news these days, and many men want to understand more about what we all can do to enact positive change. So maybe it’s time they start talking to each other about their actions and behaviors.

That was the idea behind “Men2Men,” an intergenerational, interdenominational men’s conference co-hosted by Arizona State University’s Project Humanities and the Historic Tanner Chapel A.M.E Church's men's ministry March 3 in Phoenix.

“There’s something immediate and necessary that we need to discuss openly and critically — men and boys’ behaviors whether it’s the #MeToo movement, school shootings, bullying and ‘toxic masculinity,’” said Neal A. Lester, conference chair, founding director of Project Humanities and Foundation Professor of English. “This conference allows men to talk to each other in a meaningful way and figure out what can be done about all of these issues so that we can be better than too many headlines present.”

Project Humanities is an award-winning initiative that brings together individuals and communities from across Arizona to instill knowledge in humanities study, research and humanist thought. Project Humanities aims to facilitate conversations across diverse communities to build understanding through talking, listening and connecting. 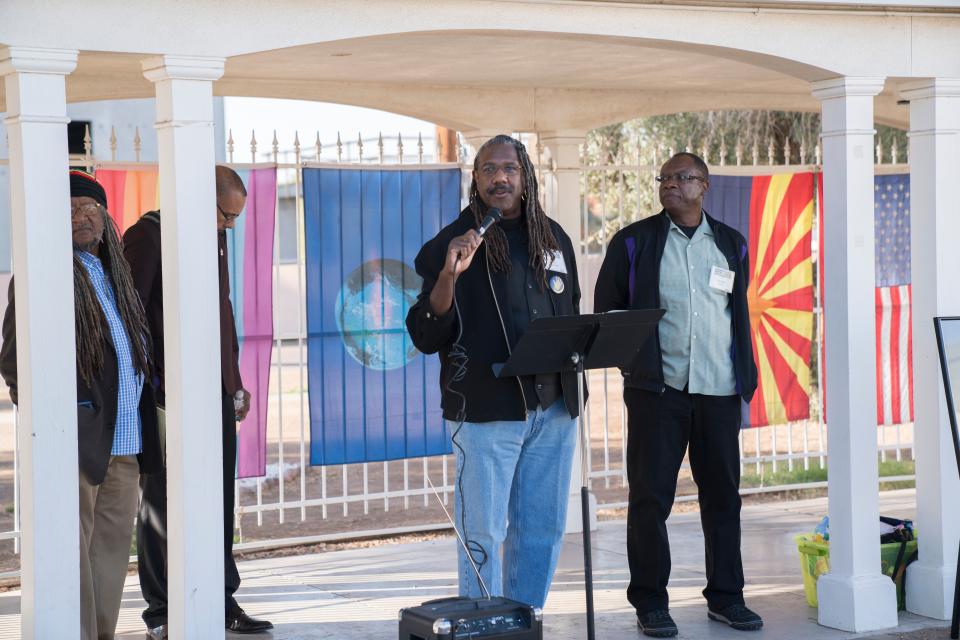 ASU Professor Neal Lester speaks at the Men2Men event at the First Church UCC in Phoenix on Saturday. Photo by Marcus Chormicle/ASU Now

Just over 100 individuals — mostly men and boys — participated in the event at the First Church UCC in downtown Phoenix, coming together to raise awareness of critical issues directly related to their lives and to arrive at strategic personal and collective goals for advancement and enrichment.

Lester said the conference aligned well with Project Humanities’ ambitious Humanity 101 efforts to get men and boys to think about, embrace and promote principles that manifest our shared and individual humanity — respect, integrity, compassion, kindness, forgiveness, empathy and self-reflection.

Lester also attends the Historic Tanner Chapel. He said he “couldn’t say no” to his pastor, the Rev. Benjamin Thomas Sr., when approached about a year ago to create the conference. The daylong event included guest speakers, workshops and participatory activities, discussing issues such as sexual harassment and male allies, race-based stress, personal health and wellness, men of color navigating the law and political and social engagement.

“Men have a problem opening up with other men and sharing and communicating,” Thomas said. “We internalize a lot of our hurt and frustration. It may hurt to engage in these conversations, but we as men can learn from them.”

The men learned plenty from Jacque Starks, who facilitated a workshop titled “Sexual Harassment and Male Allies.” Starks, who manages diversity, equity, inclusion and engagement for Maricopa Community Colleges, said the conference was perfectly timed for men to hear her message.

“I’ve been teaching this since the 1980s, but the #MeToo movement is making men realize they have a responsibility to pay attention to what’s going on and not to be afraid to take action if they see anything wrong,” said Starks, who defined for her workshop what constitutes sexual harassment, what it looks like and how to be an effective ally to women.

Men also need to learn how to be an ally to themselves where it concerns their health, said facilitator Michelle Melton, a licensed clinical psychologist who led a workshop called “Men’s Race-Based Stress and Resiliency.” She said the more men experience racism and prejudice, the more they tend to internalize those feelings and begin to experience depression, anxiety and, sometimes, suicidal thoughts.

“If we’re going to make a social change or impact, we first have to learn how to take care of ourselves,” Melton said. “Otherwise, we’ll have more negative health outcomes.”

Men can feel better about themselves if they are grounded in spirituality and become more socially and politically active, said facilitator Earl Newton. 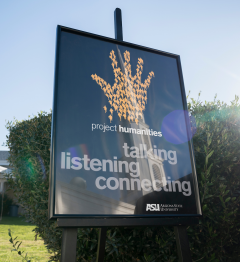 “Women seem to take the forefront on many issues surrounding community,” said Newton, founder and president of the Whole Truth Community Development Corporation. “But if we’re going to change generations behind us, men have to take their rightful place, and that’s being politically and socially engaged.”

The conference also presented opportunities to talk about the local and national political climate and registered attendees to vote.

A continuation of the conference will happen March 9 and 10 with a public film screening and discussion of the documentary, “The Mask You Live In,” about how society raises boys to subscribe to a destructive and self-destructive "toxic masculinity"; a homeless outreach effort with Project Humanities; and a youth-targeted workshop on bullying and self-harm.

For historian Yasmin Saikia, Women's History Month is an opportunity to recognize all women, in addition to trailblazing historical figures.“The recognition that women do contribute immensely should be given more visibility,” said Saikia, a professor of history for Arizona State University's School of Historical, Philosophical and Religious Studies and the Hardt-Nickachos Chair in Peace Stud... 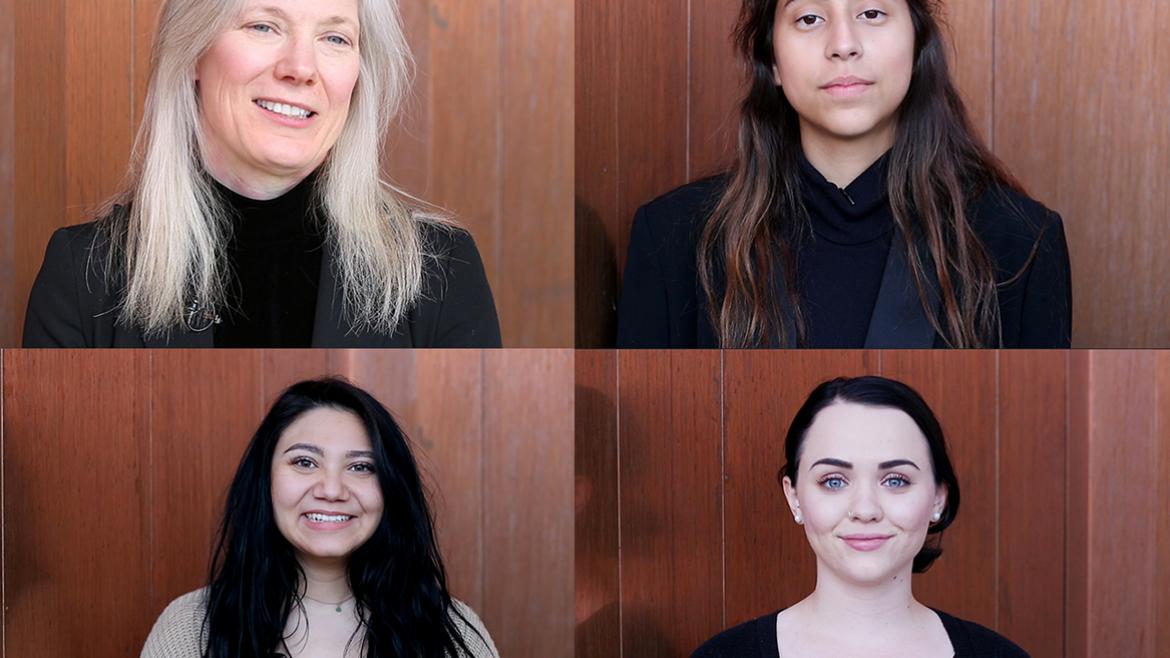 For historian Yasmin Saikia, Women's History Month is an opportunity to recognize all women, in addition to trailblazing historical figures.

“The recognition that women do contribute immensely should be given more visibility,” said Saikia, a professor of history for Arizona State University's School of Historical, Philosophical and Religious Studies and the Hardt-Nickachos Chair in Peace Studies in the Center for the Study of Religion and Conflict.

ASU Now asked the ASU Womyn’s Coalition to tell us about themselves and what they would like the larger ASU community to understand about some of the struggles and experiences that women share, which for some meant facing gendered terms like being labeled overly emotional rather than passionate.

For the students who make up the Womyn's Coalition, stereotypes and expectations, for both sexes, only limit our society as a whole.

Full details and links to all events.

Come to the SDFC and dance, work out and have fun to your favorite "girl power" music. It’ll be so fun you will forget you're working out!

ASU womxn will gather to make handmade organic products for womxn in domestic violence shelters. In a casual, fun and fast-paced setting, ASU womxn will unite to give back to a local community.

Join Changemaker for an evening of discussion while breaking bread. Let’s discuss education and how we can continue to promote inclusivity in and outside the classrooms.

The Purpose of Democracy and Identity, a Q & A with Lesley McSpadden

A dinner dedicated to strong, powerful women. Bringing awareness to different stigma and stereotypes against women, along with providing insight on women who have overcome adversity. A gallery will be on display of women, along with a panel of speakers.

Screening followed by Q&A with creator and producer Civia Tamarkin. A feature-length documentary that tells the story of women who have become collateral damage in the aggressive campaign to take control of reproductive health care and to allow states, courts and religious doctrine to govern whether, when and how women will bear children.

A Celebration of the Badass Women of ASU featuring food, performances and women’s organizations from campus and the Phoenix community. All are welcome to join in the fun!