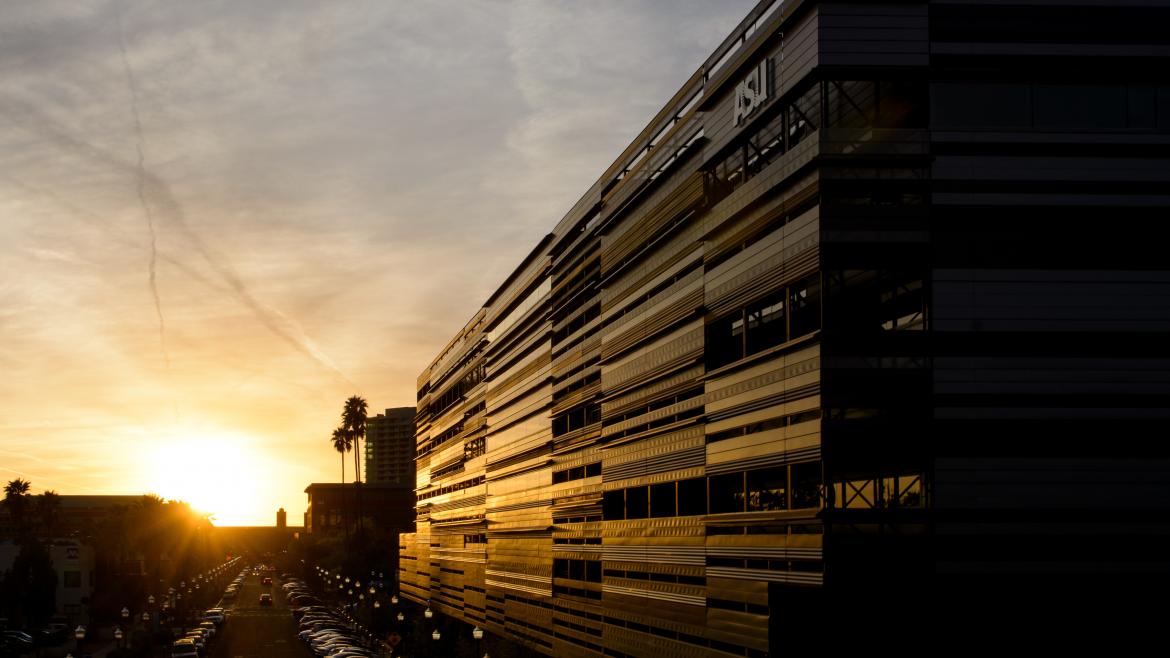 Building a legacy of construction excellence

At the Associated Schools of Construction Student Competition, students capitalize on several months of training to face the ultimate test of their construction management knowledge.

Teams must perform under pressure to solve complicated challenges encountered by professionals in the construction industry. Their ability to organize, lead and manage the building process — from scheduling and planning to cost estimating and blueprint reading — plays an instrumental role in devising an accurate and feasible solution worthy of a trophy.

“If you put in the work, it’ll pay off in the end,” said Tanner Schafersman, co-captain of the heavy/civil team and a construction management major in ASU's Ira A. Fulton Schools of Engineering. “The competition isn’t easy, but it’s worth it when you walk across the stage to claim your first-place trophy.” 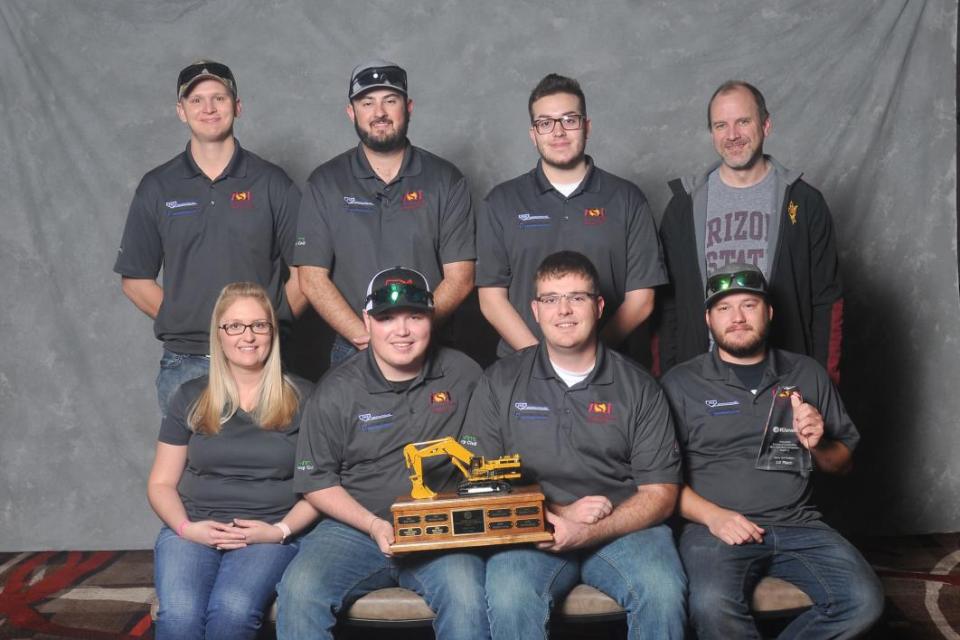 The Associated Schools of Construction Student Competition, commonly known as the Reno competition, is held annually in Nevada. More than 1,000 students from 49 universities competed in this year's event, one of the largest construction management competitions in the U.S.

Ten teams composed of 68 construction management and engineering majors in the Fulton Schools' Del E. Webb School of Construction and the School of Sustainable Engineering and the Built Environment participated in the competition. Two teams placed first in the categories of heavy/civil and mixed-use construction while another team claimed third place in concrete solutions.

“The Reno competition is a culmination of the skills and abilities our students are learning,” said Aaron Cohen, a construction management lecturer who has been coaching these teams since joining the Fulton Schools faculty in 2010. “When our students are successful at this event, it’s a validation of our reputation as one of the premier schools for construction management in the country.”

Teams assume the role of a construction company to create feasible solutions for actual problems. These problems resemble challenges encountered every day in the construction industry. Teams must solve problems in 16 hours and present proposals to a panel of judges, including industry experts who actually had to solve the particular problem.

For example, ASU’s mixed-use team received a problem originating from Layton Construction, a nationally ranked commercial contractor. It was based on a construction project for a one-million-square-foot building in Hawaii called Ae'o Tower at Ward Village. The 40-story building was a mix of retail and residential, requiring complete buildouts of interiors, exterior finishes and site work.

“You must be diligent to win a project. The grading rubric is very clear, but each team has to find a way to wow the judges and convince them your team is the best fit for the job,” said Alex Cahalan, a senior in construction management and co-captain of the mixed-use team. “We competed against 11 other schools and came out with a first-place trophy, which is great for our team and the construction school.” 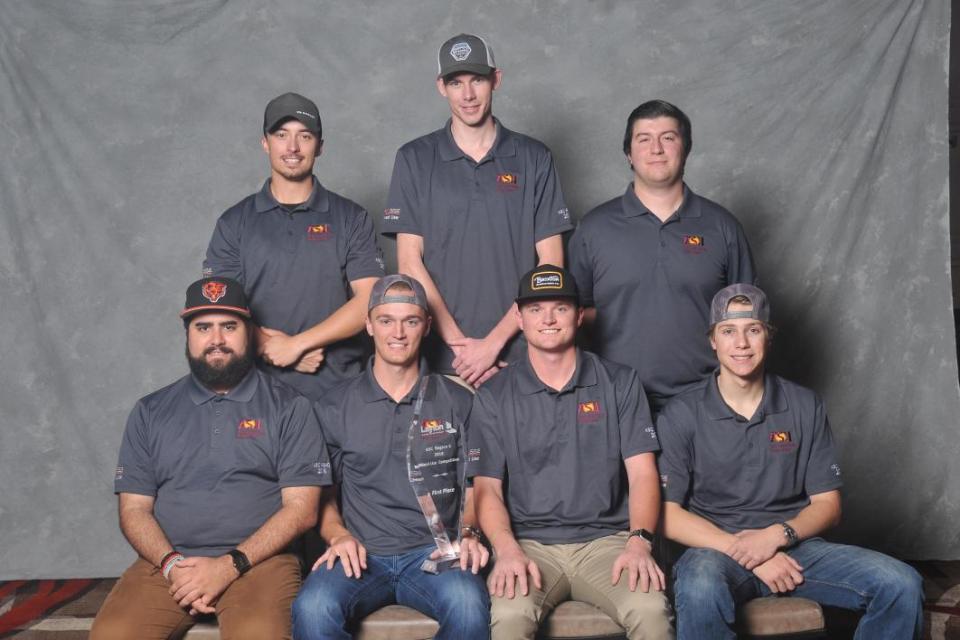 One of the main components of success in the competition is teamwork. Students need to come together as a team to complete a range of deliverables in a short timeframe, said faculty adviser Cohen.

“This competition really helps students grasp the idea of teamwork,” said Stephanie Trancoso, a junior in construction management who was a co-captain on the virtual design/construct team. “After all, nothing was ever built by a single human; it takes an entire team.”

Students run the show with school, faculty and alumni support

The Del E. Webb School of Construction has a curriculum focused on giving students real-world experience. Students must complete two kinds of mandatory internships — field and managerial — to get hands-on experience in the industry, which provides great opportunities for job placement and helps students excel in the competition.

“I have interned with the same company for two years while in school,” said co-captain of the mixed-use team, Nicklaus Henry, a construction management major and project engineer intern at Bayley Construction. “That experience is what gave us the extra edge to win the competition.” 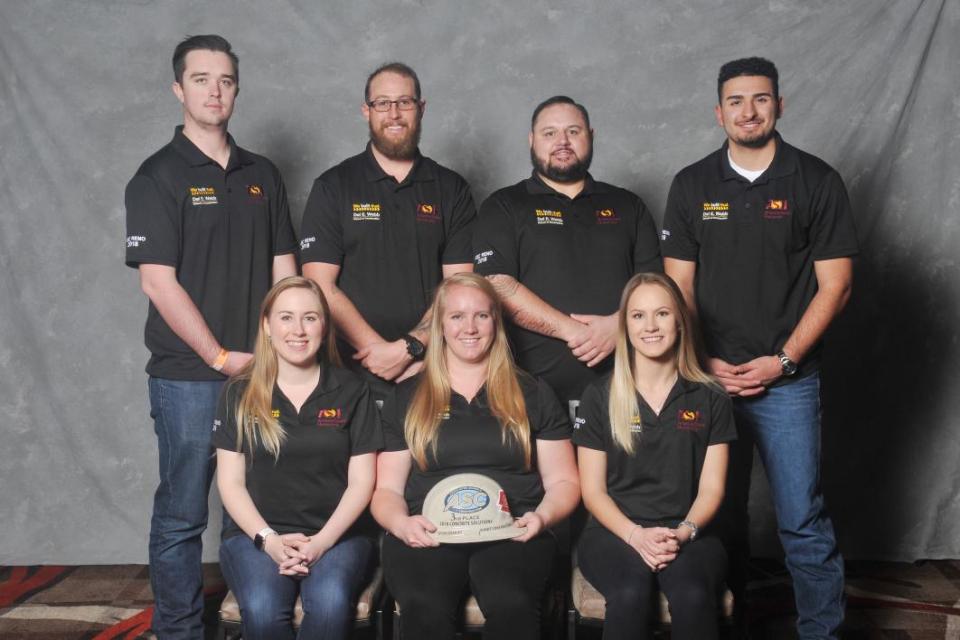 Faculty members in the School of Sustainable Engineering and the Built Environment play a vital role in helping students compete in Reno. Along with Cohen, Anthony Lamanna, the program chair of the Del E. Webb School of Construction, helped advise the student teams. Senior Lecturer Kraig Knutson, Professor of Practice Wylie Bearup and Lecturer Richard Standage coached the student teams in different categories. Standage also traveled to the competition to support students.

“As coaches we have very little involvement with the students’ actual preparation,” said Cohen. “From the very beginning of the semester before the competition, students self-select their teams, schedule their own practices, find their own industry coaches and go about doing their own preparations. They even solicit industry support to fund the competition expenses such as airfare and lodging.”

Shaun Ford, a senior in construction management who co-captained the third-place concrete solutions team, said all the preparation and planning for the competition gave the team a competitive advantage — especially in regard to laying the groundwork for real-world industry work.

Ford said one of the most important takeaways from the competition is “seeing how much alumni in the industry were willing to help and get involved to contribute to our success."

Recent construction management graduates Thomas Fyffe and Phil Amezquita served as industry coaches for the commercial team. Fyffe and Amezquita work for Willmeng Construction, a local commercial contractor that financially sponsored the team’s expenses and spent more than 115 hours preparing students for the various obstacles and responsibilities a project can present.

“Construction is in desperate need of highly qualified professionals,” said Fyffe, a project manager at Willmeng Construction who earned a construction management bachelor’s degree from ASU in 2016. “It’s vital for the industry to support students. They are being asked to do more than ever, and a willful student can only succeed with the aid of both their educational institution and the industry that surrounds them.”

Sun Devils Get Past Coastal Carolina, 4-2

Sun Devils Get Past Coastal Carolina, 4-2