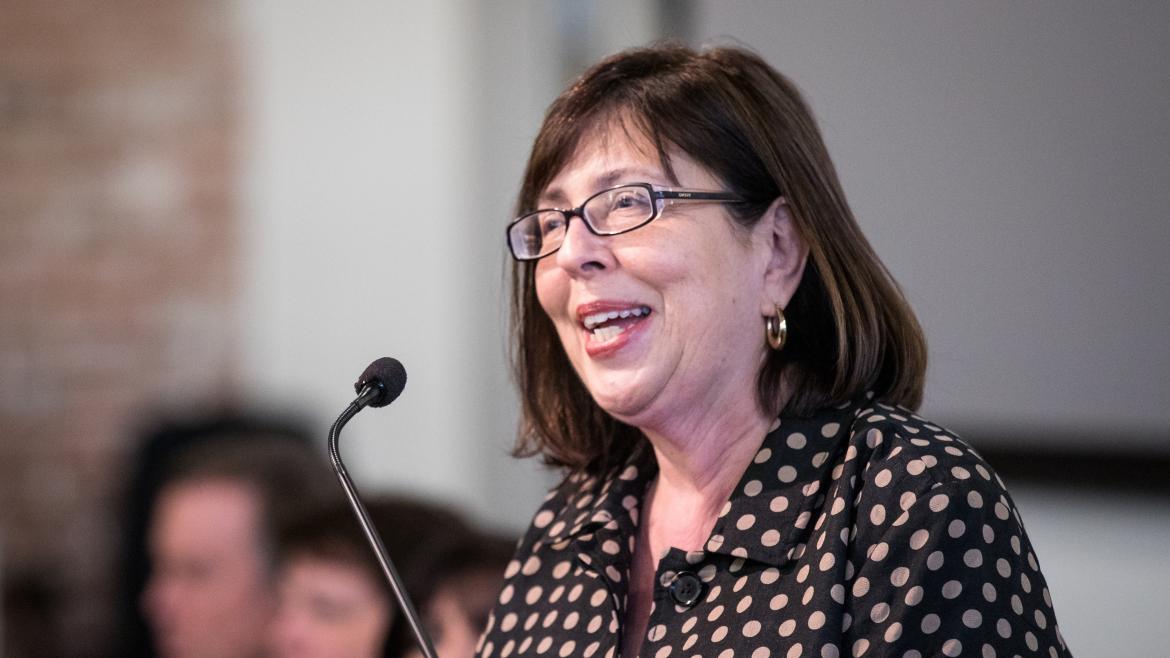 Nonprofit co-founder Sarita Brown, other leaders give preview of meeting; ASU's Crow says success of ethnic group is key to success of US economy

They are the nation’s largest ethnic minority, claiming nearly 18 percent of the population and 17 percent of the labor force, yet there is growing concern about the impact of Latinos not achieving the higher education needed to help move America’s economy forward.

To provide a brief overview before their annual national meeting, being held this year in Phoenix on March 1-2, one of the nation’s leading Latino education advocacy groups held a reception Feb. 28 at the Downtown Phoenix campus.

Washington, D.C.-based nonprofit Excelencia in Education, in partnership with Arizona State University, Maricopa Community Colleges and the Helios Foundation, organized the informational networking reception to frame the discussions they will have in the next two days about the state of higher-education attainment by Latinos.

“Here we live in the fastest-growing county of the more than 3,000 counties in the United States with more than 4 million residents,” said ASU President Michael M. Crow during the reception. “And people of Latino heritage have a college-attainment level at one-third of the level necessary for the economy to be wildly successful at that high degree of outcome.”

For the U.S. to continue the social-mobility progress made in the past decades, it has to be unbelievably economically successful, Crow said.  The economy must grow by at least 4 percent on average for more than 83 years. That hasn’t happened in decades.

“The reason we haven’t done it for decades is because we have not fully embraced the total talent and energy and creativity in our society at the level that we can,” Crow said.  “We haven’t gotten to the level of excellence that this new model for a country built on egalitarian access, built on the idea of all people are equal, built on the notion that we’re all here with the same rights and privileges and opportunities, and all we need is hard work and a chance.”

ASU has made significant progress in admitting Latino students. In 1985, the university had only 225 freshmen of Latino descent — in a state that at the time had more than 1 million Latino residents.

“That was not a sign of success in the design of a public university,” Crow said. “This last fall we admitted 3,000 (Latino) freshmen, a quarter of the freshman class, a tremendous transformation in the design of the institution.”

Arizona’s Latino population is young and growing. It is the sixth largest in the nation, accounts for 31 percent of the overall population and 44 percent of all K-12 students in the state. The median age for Arizona Latinos is 27, compared with 46 for white non-Hispanics.

However, Arizona’s Latinos are lagging in higher education, according to U.S. Department of Education data from 2014-2015. Only 17 percent of Latino adults age 25 or older had attained an associate degree or higher, in contrast with 36 percent of all adults. The Latino graduation rate was also lower during that same time period at 40 percent. It was 49 percent for whites.

“We are committed to drive up educational attainment for what will be the new majority population,” Crow said.  “We believe that our institution is not successful unless the student body is completely representative of the socioeconomic diversity of our place. It is now; it never was before. Ever.”

In overall numbers, ASU’s Tempe campus leads the state in awarding bachelor’s degrees to Latinos, followed by University of Arizona, Grand Canyon University and Northern Arizona University. But to make academic achievement happen on a grander scale, partnerships are necessary.

“We are excited to be a partner with you all,” said Crow, addressing the representatives from Excelencia in Education, Maricopa Community Colleges and the Helios Foundation.

Excelencia in Education has been working on accelerating Latino education for 14 years, said Sarita Brown, co-founder and president. The organization’s nine-member staff has engaged with leaders, institutions, program professionals and other stakeholders across the country for the cause of improving Latino education.

“The way we do our work is through research, policy and practice,” Brown said.

The team’s intent is to leverage their common cause and use what works by starting with data and driving it to the point of action, Brown said. Then they work with elected officials, communities and others who recognize that the country’s most precious resource is the “human resource.”

@SunDevilTri to Compete Twice in Florida This Weekend

The Sun Devils take 11 to Florida this year after five competed last year. ...

@SunDevilTri to Compete Twice in Florida This Weekend The Sun Devils take 11 to Florida this year after five competed last year.