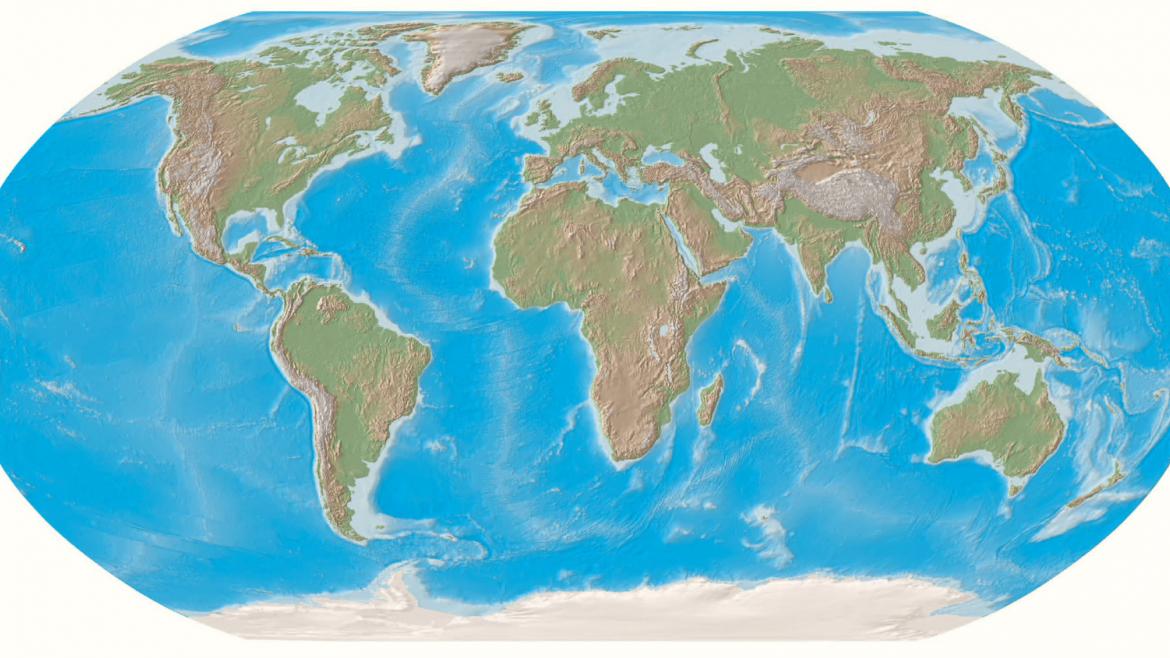 ASU is once again a top producer of Fulbright student winners.
February 19, 2018

Arizona State University is again one of the top producers of students who win the prestigious Fulbright award, according to rankings released this morning.

ASU has 14 students in the U.S. government’s flagship international educational exchange program for 2017-18.

Over the past 10 yearsThe top PhD-granting institutions and their number of Fulbright students over the past decade are: University of Michigan, 315; Harvard, 270; Yale, 246; Northwestern, 240; University of Chicago, 238; Brown, 221; Columbia, 189; Berkeley and ASU, both with 185; Stanford, 183; and Princeton, 180., ASU has produced 185 student Fulbright winners, ranking eighth among all PhD-granting institutions and ahead of Stanford, which has sent 183 students on Fulbright awards in that time. The University of Arizona has produced 106 Fulbright student winners in the past decade.

ASU’s 14 Fulbright students who are abroad now are four graduate students and 10 undergrads. Six are doing academic research and eight are serving as English teaching assistants, according to Kyle Mox, director of the Lorraine W. Frank Office of National Scholarships Advisement at ASU and associate dean of Barrett, the Honors College. Many of the Fulbright winners are students in Barrett, the Honors College.

“It may be a surprise to some that ASU has been such a consistent producer of Fulbright recipients, but to anyone who’s been here, it certainly isn’t,” Mox said.

“We are a truly global campus, and our students are committed to service and leadership. ASU students make excellent ambassadors and are encouraged by our faculty and staff and their peers to go out and do good in the world.

"That’s a great fit for Fulbright, and it’s a great thing for our country.”

In addition, ASU has 34 current students who were recently named semifinalists for next year’s Fulbright awards.

Besides becoming a steady producer of Fulbright winners, ASU has been raising its profile with other elite awards. Last year, ASU became one of only four institutions to have winners of the three most prestigious international scholarships — Marshall, Rhodes and, for the first time at ASU, a Churchill Scholar. In addition, 19 Sun Devils won a prestigious Gilman scholarship to study abroad last summer — the most everErin Schulte was the 18th ASU student to win a Marshall Scholarship. Ngoni Mugwisi is ASU’s first Rhodes Scholar since 2001. Christopher Balzer is ASU’s first Churchill Scholar. All three are currently studying in England. The nationwide Gilman scholarship funds international travel for students who might not otherwise consider study abroad — such as first-generation college students, those with disabilities and underrepresented demographic groups. for ASU.

The Fulbright program, created in 1946 to increase mutual understanding between Americans and the people of other countries, provides the opportunity to study, teach and conduct research abroad. The program awards about 1,900 grants annually in all fields of study and operates in more than 160 countries. The sponsor is the U.S. Department of State's Bureau of Educational and Cultural Affairs. Top-producing institutions are highlighted annually in the Chronicle of Higher Education. Find the complete rankings here. 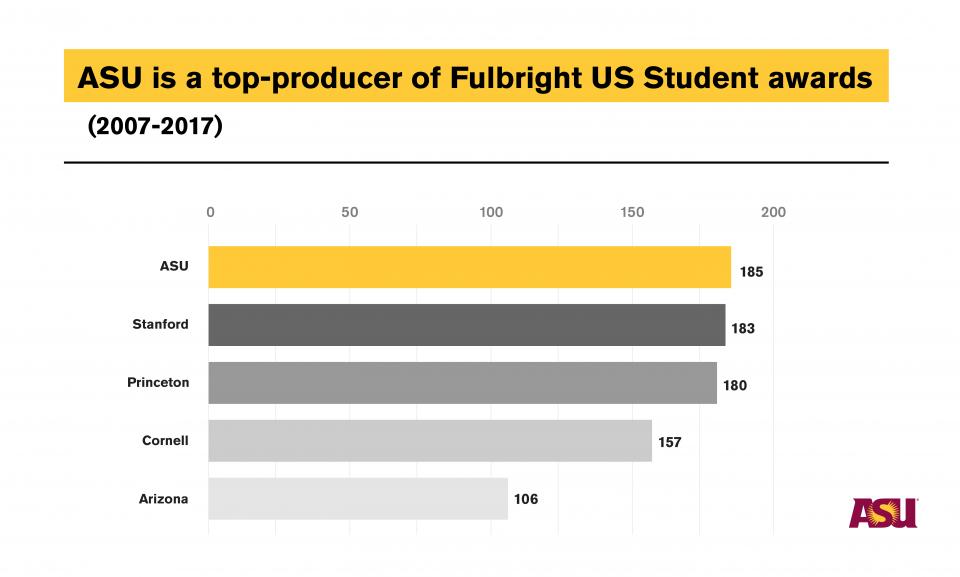 On March 21, ASU will hold a “Fulbright Day” at the Memorial Union in Tempe at 3 p.m., at which representatives and alumni from Fulbright will describe the program and answer questions.