~90% of proven mental/behavioral interventions are not used by practitioners.
ASU prof bridging gap between psychology research and practice.
February 7, 2018

When Thomas Dishion began his career in psychology in the 1980s, “intervention was a pipe dream.”

“We didn’t really know if you could systemically prevent negative outcomes [in people’s lives and well-being] later down the road,” he said.

Today, the Arizona State University professor is sure of it. After three-plus decades, nearly $100 million in research funding and more than 300 published papers on child and family intervention science, Dishion is a bona fide pioneer in the field.

For his contributions to the understanding of child development and psychopathology, and how clinical psychology is conducted across the world, Dishion was recently named an ASU Regents’ Professor. 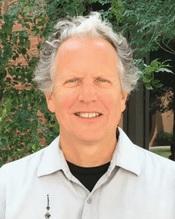 “It is a great honor,” he said. “All the work I do is on a team and I’m grateful for the colleagues that I’ve had and for the support of ASU.”

As a graduate student at the University of Oregon, Dishion became fascinated with the patterns of interaction he witnessed between mothers and their children while working at a social learning center. He was convinced there was a science behind it and wanted to figure out how it could be used to improve the human condition.

He continued to conduct research and teach at the University of Oregon until 2011 when the lure of opportunity brought him to the Valley of the Sun.

“ASU is a major innovator and the department of psychology had a strong emphasis and positive track record in prevention science,” Dishion said. “I also like the philosophy of the New American University. I do a lot of my work in community settings and I think universities need to be more actively involved in the community. ASU’s mission regarding social embeddedness fits well with my philosophy.”

At ASU, Dishion founded the REACH Institute (Research and Education Advancing Children’s Health), a research unit within the Department of Psychology dedicated to bridging the gap between university-based research and real-world practice.

“We’re taking evidence-based practices that have shown to be effective in rigorous studies and putting them in the hands of clinicians,” he said, something that is woefully needed in the field.

Currently, researchers at REACH are looking into effective interventions for families and students who have recently emigrated from Mexico to the U.S., to help them be successful in secondary school. Another project looks at the effectiveness of incorporating the Family Check-Up, one of the institute’s most widely disseminated programs, with the federally-funded Special Supplemental Nutrition Program for Women, Infants, and Children (WIC).

Dishion also has made distinctive contributions to do with adolescent aggression in peer groups. When a type of therapy meant to reduce aggression was shown to actually increase it, Dishion wanted to know why. He found that some friendships are organized around violence, where adolescents connect by talking about hurting other people, and that talk can escalate to real violence.

Dishion called the phenomenon “coercive joining.” It uses such tactics such as fear mongering, name-calling, bullying and emotional manipulation to force others into complying with certain behaviors.

His findings related to coercive joining are especially relevant nowadays, he said, because “there is so much influence of rhetoric, and a lot of the population is beginning to talk about other groups in negative ways. That’s really socially significant and important, and we need leadership to not engage in that kind of rhetoric because it grows to violence.”

Designing an intervention for coercive joining is on Dishion’s agenda. He hopes to find peaceful ways of reducing the formation of violent groups that everyone can use.

The Arizona State women's lacrosse team opens their inaugural season on the road at Kennesaw State and Stetson. ... The Arizona State women's lacrosse team opens their inaugural season on the road at Kennesaw State and Stetson.