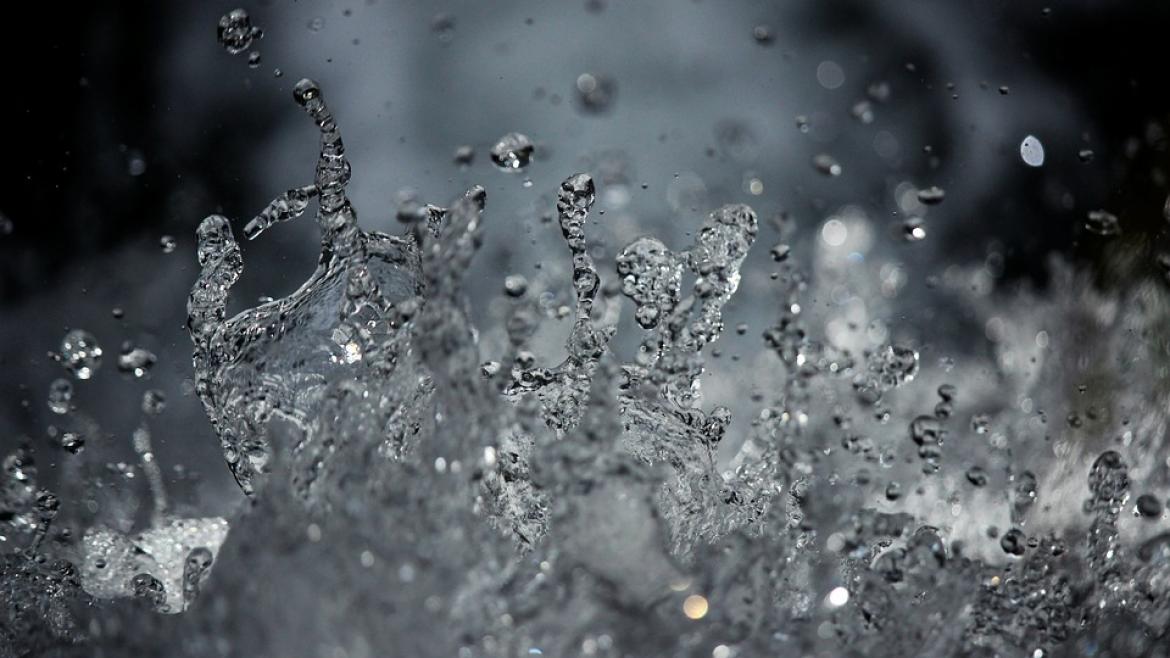 Silicon Valley: the place that invented the Juicero, PetChatz and countless apps to solve problems you never knew you had. And now comes the idea of drinking water from a puddle.

A “raw water” craze — drinking water that is untreated and unfiltered — is afoot in California, and like many retro trends there it’s spurring big sales and controversy. Do raw water's proclaimed benefits of better health hold, ahem, water? Or is drinking untreated, unfiltered water simply a bad idea? ASU Now checked in with Morteza AbbaszadeganAbbaszadegan's research expertise includes contemporary water-quality issues related to health-related water microbiology including microbial detection methodologies, pathogens inactivation and removal mechanisms during water-treatment processes, water quality in distribution systems and microbial monitoring of source waters. He has developed many new techniques for the detection of viruses, bacteria and parasites in water environments. , an Arizona State University professor and researcher, to see if this growing trend has legitimacy. 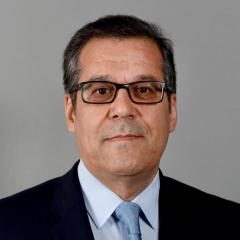 Question: Some boutique retailers in Silicon Valley are commanding top dollar for unfiltered, untreated, unsterilized spring water, fueling a new debate on whether it’s safe to drink. What’s your reaction about all this?

Answer: I don’t drink untreated or raw water. Spring waters seem to be safe and potentially untouched by humans. However, there are some pathogens that can be transmitted to humans from animals, for example Giardia or enterotoxigenic E. coli or other pathogenic bacteria.

Q: Some of these retailers believe that public water has been poisoned with fluoride or chloramine and even have birth-control drugs in them. After the lead fiasco in Flint, Michigan, should we trust our public tap water?

A: There’s no data to support that, and I don’t believe in such assumptions. Please note in the case of Flint, Michigan, the tests indicated water contamination with lead. The tests worked, and that’s how the lead contamination was detected and reported.

A: The conventional water-treatment filtration does not remove minerals.

A: It is pertinent to point out that spring water flowing on ground can be contaminated by animal wastes on earth and air. Earth is a complex and continuum system and the areas secluded from human activities or anthropogenic pollutants might be visited by animal or bird, increasing the risk of transmission of zoonotic diseases.

Water is known to contain different pathogenic microbes such as viruses, parasites and bacteria that can be transmitted to humans and cause illnesses. There are many waterborne disease outbreaks reported in the United States annually. One may assume that raw water is protected from human wastes and contamination; however, animals may contaminate water in the natural environment and due to lack of treatment, the end users of raw water may be exposed to the microbial pathogens resulting in a variety of gastrointestinal illnesses.

Cryptosporidium is an intestinal parasite infecting a variety of animals. Cryptosporidium parvum can cause illnesses in humans, a species that can also affect domestic animals. It can cause severe diarrheal diseases and be potentially fatal in immune-compromised individuals.

Giardia is a cyst-producing parasite and it is capable of causing severe diarrheal diseases in human.

Salmonella can cause enteric infections and is considered one of the zoonotic diseases.

Abbaszadegan is a professor in the School of Sustainable Engineering and the Built Environment, Ira A. Fulton Schools of Engineering; director of the NSF Water and Environmental Technology Center; a senior sustainability scientist, Julie Ann Wrigley Global Institute of Sustainability; and a professor in the School of Life Sciences, College of Liberal Arts and Sciences.

Vaira Vike-Freiberga, former president of the Republic of Latvia (1999–2007), and current president of the World Leadership Alliance/Club De Madrid, has joined Barrett, The Honors College at Arizona State Unviersity as a scholar-in-residence under its Distinguished Global Leader Series.From late-January through March, Vike-Freiberga will be the featured speaker at a series of large campus events...

Vaira Vike-Freiberga, former president of the Republic of Latvia (1999–2007), and current president of the World Leadership Alliance/Club De Madrid, has joined Barrett, The Honors College at Arizona State Unviersity as a scholar-in-residence under its Distinguished Global Leader Series.

From late-January through March, Vike-Freiberga will be the featured speaker at a series of large campus events and guest lectures in Barrett Honors courses. She also will meet with Barrett students in small group formats to discuss current events and her experiences as a global leader. See a schedule of her appearances on the Barrett website. 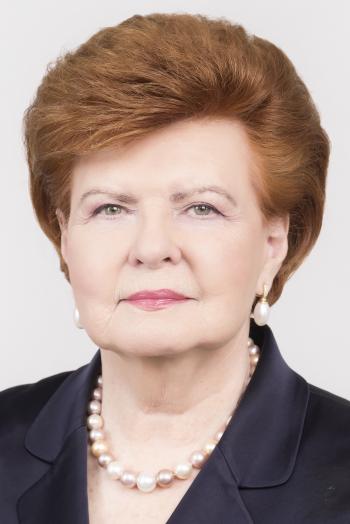 Vike-Freiberga has an interesting and extensive biography, filled with service to her country and activities on the world stage.

She played an instrumental role in achieving membership in the European Union and NATO for her country and raised the nation's recognition in the world through her international activities. She was appointed special envoy on United Nations reform in 2005 and was an official candidate for the post of UN secretary general in 2006.

Since the end of her presidency in 2007, Vike-Freiberga has been solicited as an invited speaker on social issues, moral values, European historical dialogue and democracy. In December 2007, she was appointed vice-chair of the Reflection Group on the long-term future of Europe. In 2011–2012, she chaired the High-Level Group on freedom and pluralism of the media in the EU. Since 2014, she has been president of the Club de Madrid, which has a membership of over 100 democratically-elected former heads of state and government. In 2015, she was a member of two High-Level Groups on European security and defense. In 2016, she was a member of the High-Level Independent Team of Advisors to the UN Economic and Social Council Dialogue on UN development.

Born in Riga in 1937, and having left Latvia as a child refugee, Vike-Freiberga started schooling in a refugee camp in Germany in 1945, continued in French Morocco, and pursued higher education in Canada. In 1965, she received a doctorate in experimental psychology at McGill University in Montreal. Vike-Freiberga emerged as a prominent spokesperson on politics and science policy while a professor of psychology and interdisciplinary scholar at the University of Montreal (1965–1998). She returned to her native country in 1998 to head the Latvian Institute. Less than a year later, she was elected president by the Latvian parliament and re-elected in 2003.

Vike-Freiberga is a member, board member or patron of 30 international organizations, including the World Leadership Alliance (president), the Board of Trustees of the Nizami Ganjavi International Centre (co-chair), the Global Leadership Foundation, as well as five academies, and an honorary fellow at Wolfson College, Oxford University. She has been awarded 34 Orders of Merit (first class) and 19 honorary doctorates, as well as many medals, prizes and honors, for her distinguished work in the humanities and social sciences. She has published 15 books and authored more than 200 articles, book chapters, reports, and audiovisual materials.

See what Vike-Freiberga has to say about global politics, her role as president of Latvia, an encounter with Oprah Winfrey and other topics in this Q&A.