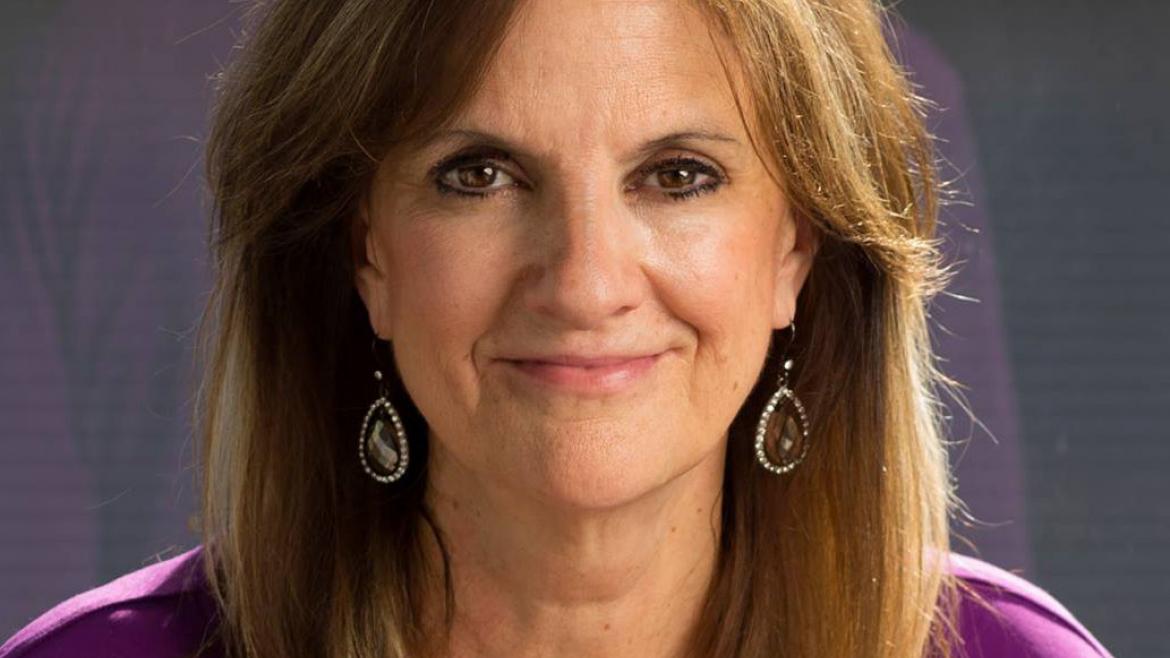 Arizona State University professor and Arizona Sports Hall of Fame inductee Paola Boivin was selected Wednesday as one of six new members to serve on the College Football Playoff selection committee. Boivin will be the second woman in history to work on the elite panel.

A professor of practice at ASU’s Walter Cronkite School of Journalism and Mass Communications, Boivin, who was an award-winning journalist with the Arizona Republic, will start her three-year term this spring. She joins new members Joe Castiglione, Ken Hatfield, Ronnie Lott, Todd Stansbury and Scott Stricklin.

The 13-person committee will be responsible for selecting the top four teams in the playoff and assigning them to semifinal games, as well as placing the next group of teams in the remaining New Year’s bowls. Boivin previously served as president of the Association for Women in Sports Media and in November 2017 was the first female journalist to be inducted into the Arizona Sports Hall of Fame.

ASU Now spoke to Boivin on the day of the big announcement to discuss her selection, what her new duties will entail and what effect having a female on the panel will have.

Question: Congratulations on the big honor. How does this feel?

Answer: Amazing. College football has been such a big part of my life. I used to cover UCLA football and loved the drive through Pasadena on Saturdays that took me to the Rose Bowl. And many times I sat in the press box of Sun Devil Stadium thinking, "How did I get so lucky?" I'm excited to give back to the sport.

A: Diversity in all walks of life is important and the sports arena is no exception. To follow Condoleezza Rice is pretty darn cool.

Q: What will be expected of you in your duties and how do you think the committee will benefit from your service?

A: As a member of the committee, the main goal is to rank the Top 25 teams and assign the top four to semifinal sites. That means watching a lot of football with a keen eye. Poor me. Ha! As a journalist, you are taught to be driven by a tenet of fairness. I hope that's the biggest thing I can bring.

Q: How often will the committee meet and does this mean you’ll be attending more college football games?

Arizona State University has been named to the 2018 Princeton Review list of “Colleges That Pay You Back: The 200 Schools That Give You the Best Bang for Your Tuition Buck.”The Princeton Review, which rates colleges and universities on a host of factors, cited ASU’s “stellar academics, affordable cost and strong career prospects for graduates.” ASU has been named to this nationwide list ...

Arizona State University has been named to the 2018 Princeton Review list of “Colleges That Pay You Back: The 200 Schools That Give You the Best Bang for Your Tuition Buck.”

The Princeton Review, which rates colleges and universities on a host of factors, cited ASU’s “stellar academics, affordable cost and strong career prospects for graduates.” ASU has been named to this nationwide list every year since its inaugural publishing in 2015. This year, ASU is the only school in Arizona to make the list.

Other universities on the list include Stanford University, Yale University, MIT, University of California Los Angeles and Texas A&M.

“ASU offers the highest-quality education possible at the lowest possible price with a tremendous return on investment for students,” ASU President Michael M. Crow said. “Nine out of 10 undergraduates have a job within three months of graduation. And with more than 8,000 companies recruiting students every day, ASU is the hub of talent for the state of Arizona.”

Students quoted in the Princeton Review ranking noted ASU’s focus on innovation and efforts to “personalize every student’s experience,” along with “endless … opportunities for success.” Students also noted ASU’s highly ranked journalism, business and engineering schools along with the abundance of research opportunities across academic disciplines.

ASU’s undergraduate tuition is the lowest among public universities in Arizona. More than 80 percent of resident undergraduates receive some type of financial aid, which was also a factor in the Princeton Review ranking.

Dozens of companies such as Ford Motor Company, Mayo Clinic, Charles Schwab and State Farm have called ASU a top-tier university for recruiting and hiring. The average starting salary for ASU undergraduates is $43,000 and $63,000 for graduate students.