'The Post' hits close to home for ASU journalism professor

Leonard Downie Jr. was in Washington, D.C., newsroom at the time of the Pentagon Papers, Nixon administration

Steven Spielberg’s “The Post” is one of the most highly anticipated films of the year, featuring a star-studded cast, plenty of Oscar buzz and expectations that it will take home some snazzy hardware at the 90th Academy Awards in March.

Approximately 300 students, faculty and friends of ASU’s Cronkite School were treated on Wednesday to a sneak preview of the film, which depicts the Washington’s Post’s decision to publish the top-secret Pentagon Papers in direct defiance of President Richard Nixon and his administration’s wishes. The free screening was hosted by Weil Family Professor of Journalism Leonard Downie Jr., who workedDownie also served as the editor of “The Washington Post” from 1991 to 2008. in the newsroom at the time of the 1971 bombshell and was an adviser on the $50 million drama.

ASU Now spoke to Downie on the eve of the screening to discuss his memories of the Pentagon Papers, his recollection of the real-life people involved, and the state of investigative journalism today. 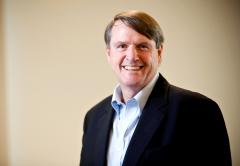 Question: Describe the atmosphere in the Washington Post newsroom during the publication of the Pentagon Papers in 1971 and what that did for the paper’s reputation.

Answer: Post editor Ben Bradlee had been there about six years, and the paper was already changing rapidly. He had hired some really outstanding journalists from other news organizations. He had created the Style section, which was a huge departure for American journalism and really drew attention to the Post. That was important because the Washington Star at that time had been the area’s predominant newspaper. The circulation of all newspapers were expanding at that time and money was beginning to roll in, so it was a time of expansion.

Ben really had his sights set on becoming the equivalent of the New York Times, which is actually the backdrop to the movie. But that was Ben’s mindset. I’m sure the New York Times didn’t see us as that way at all. They saw us as a provincial newspaper. We did not have national circulation, but we did have a higher circulation per population than any other newspaper in the country.

The newsroom itself was what you actually see in the movie, and was the newsroom I saw when I walked in there in 1964. It had old gray metal desks, manual typewriters, rotary phones and so on. The newsroom people saw in "All the President’s Men" was a different one because Watergate occurred a year after the Pentagon Papers were published. During that time, we moved from the old newsroom to the new newsroom. I was an assistant city editor at that time, having been an investigative reporter for many years. We were all crammed together, and so there was no sense of class structure or hierarchy at the Post with the exception that Ben was Ben.

Q: How did you feel about Bradlee and Graham’s portrayals by Tom Hanks and Meryl Streep?

A: Oh, I think it was perfect casting. Meryl Streep is Katharine Graham in the movie. She looks and sounds like her. She very much embodies Katharine Graham, who I got to know well over the years. Meryl was always in character on the set. Hanks was conscious of not trying to be Jason Robards from “All the President’s Men” and be essentially an imitation of Ben, which he was very successful at in the film. Nevertheless, Hanks found things in his mannerisms and in his approach to things and, at the same time, didn’t mimic Ben but embodied him in a certain way. I would not have cast anyone else but them.

Q: What were Graham and Bradlee like in real life?

A: Mrs. Graham came from wealth and her father, who ran the World Bank, was one of the richest men in the world. She grew up living in mansions and used to point them out to me. They later became clubs because they were so big. As the movie shows, she did not plan on running the Washington Post; she did not plan on her husband committing suicide. But something about her said, “I should do this.” I think she felt a sense of duty to both her father and husband rather than have it pass out of the family to someone else. The movie does a wonderful job of showing her come of age as the only woman proprietor of a major newspaper and as a businesswoman.

Ben was brash, very self-confident. He was not in any way cowed by Katharine’s money or pedigree, and she appreciated the fact that he stood up to her in a way that showed respect and yet also subtly stated, “You have your job to do and I have mine.” At the end of the movie, they are very comfortable with each other in their relationship that they have forged with each other.

Q: What did your duties as a consultant consist of on the film?

A: I spent a lot of time on the set of the newsroom and on the set of Ben Bradlee’s house. I got involved in aspects of the script with Josh Singer and Liz Hannah. Not big things because they are wonderful screenwriters, but things that were important for their desire to make the movie as authentic as possible. They’d ask questions like, “Is that the way a reporter might talk?” Then on the set itself, the main actors, characters and extras wanted to know what these people were like in real life. I was able to talk about their personalities and mannerisms, which they found valuable. They might act it out, then ask me if that’s how it went or not.

For instance, one of the people playing a copy editor asked, “When do I get to talk to a reporter?” I said, “Copy editors did not talk to reporters. They talked to assignment editors, and assignment editors then in turn talked to the reporters.” They were also intrigued by the old rotary phones and asked, “How did you work these things?” and basic things how journalism worked and how technology, if you want to call it that, worked at the time.

Q: In your opinion, did the paper's decision to publish the Pentagon Papers have an impact on ending the Vietnam War?

A: It played a role along with everything else. It was a part of the turning of the country against the war. It’s hard to imagine that we’ve now been fighting these two most recent wars for more than a decade and thank God the death toll is relatively low compared to Vietnam, which was not an all-voluntary military. People were drafted, and we all knew people who died in the war. So that had a gradual increasing effect for people to turn against the war.

The Pentagon Papers were an intellectual exercise to some extent and had to trickle down through the population. When it finally met the great futility and the death toll, it eventually forced the government to do something.

Q: Many reviewers have drawn parallels between the Nixon and Donald Trump presidencies. Do you see similar parallels?

A: Yes. One of the very interesting things that Spielberg did — he’s such a creative director — was show some scenes of the Oval Office of a man who looks a lot like Richard Nixon complaining about what was going on. He had banned the Washington Post from the White House, and the dialogue was actually taken from the Nixon tapes. It was what he actually said. Very much like the tweets that Donald Trump tweets out now.

The only difference was we didn’t know what they were until the tapes were released and Trump is happening in real time. To me, that was like “Wow … that is now.” Nixon castigated the press, and look at the tension that exists between the president and the press today. Sarah Huckabee Sanders, however, has not yet reached the Ron Ziegler stage. He really went after the Post and Ben personally and was really rough. I do see parallels and tension between the press and the government.

A: I don’t want to disagree with your premise, but I do disagree with your premise (laughs). What happened is the resources and news organizations in this century (have) shrunk, and smaller ones started popping up. There’s actually more investigative reporting going on than ever before. You can certainly see it in the election this past year on a national level. The New York Times, Washington Post, the Wall Street Journal, Politico, BuzzFeed — there’s so many organizations involved in real investigation about this administration and other things. I don’t ever think it slipped, but just changed because so many newspapers lost resources needed to hold onto it. A number of news organizations have now actually increased their investigative reporting, like the Post and the Times. You can see it in the Pulitzer prizes. It’s changed and shifted in the digital age, but I think there’s just as much as there ever was.

Q: What do you hope Cronkite students, the next generation of journalists, will draw from "The Post"?

A: That journalism is fun and that journalism is a calling. You’ll see in these journalists in the film a commitment to journalism because they didn’t know if they were going to jail or if their newspaper was going to disappear but they wanted the truth out. You can see their commitment and their calling. At the same time, you can see that it’s fun. Yes, there was intense pressure then just as there is now when you walk into a big newsroom. People can still have fun working at the highest possible level.

To meet the world of big data and ask big questions, Arizona State University just added a powerful new research computing capability.The service will be accessible from any computer. Faculty will be entitled to 25,000 free computing hours monthly per researcher, with additional hours available for a fee. The service is open to all researchers, including staff and students. If postdoctoral researc... 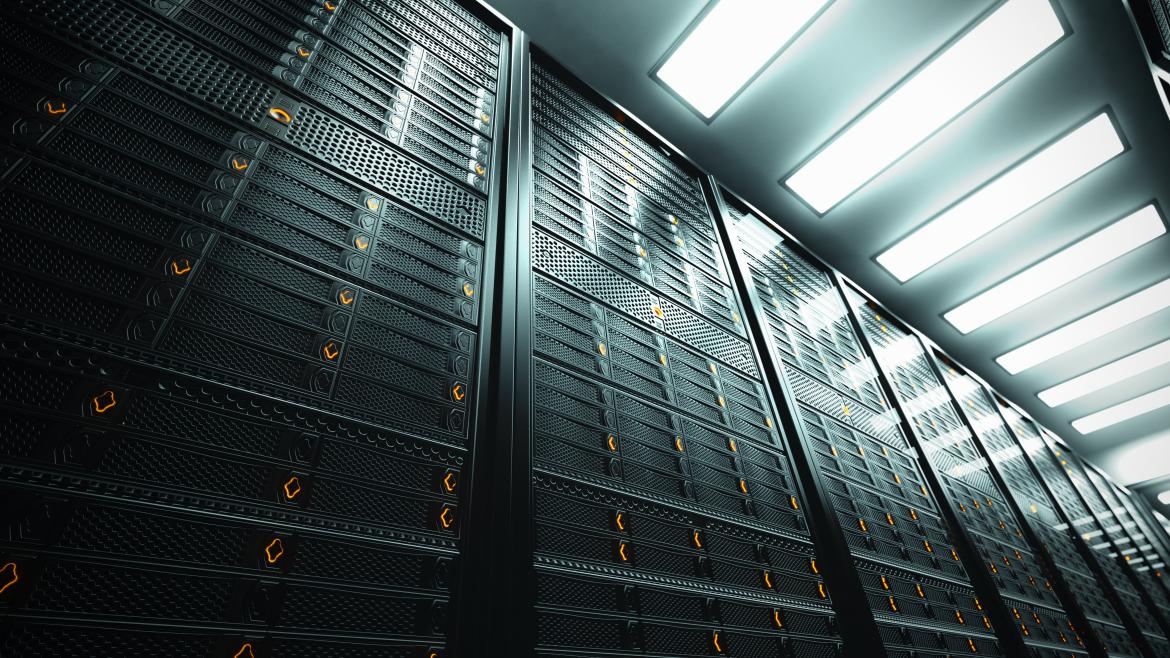 Sunil Wahal, Jack D. Furst Professor of Finance in the W. P. Carey School of Business, explained how the new computing power will help his research in stock trades.

“Much of the research I do involves studying quotes and trades in U.S. financial markets over the past 15–16 years or so,” Wahal said. “That is an enormous amount of data. It’s in the hundreds of terabytes. It involves billions of trades, billions of quotes, and the volume is so much that it’s impossible to process on a standalone machine. It absolutely needs some sort of high-performance computing system to work with.”

“We’re very excited about ASU’s additional computing power because by adding a lot of parallel processing, by adding more memory, and by building more powerful tools, we will be able to ask bigger questions,” LaBaer said. “We can do small levels of computing already, or even moderate levels on the current system, but really big challenges are going to require more power. We’re very excited to add all that computational power so that we can build bigger models and we can take on bigger projects.”

ASU Research Computing offers a portfolio of services to help support research. These range from computational resources to software and application development as well as workshops and training.

ASU has a support staff consisting of computational scientists, programmers, and database administrators with expertise in all areas of computing, including scientific and parallel computing, big data analytics (in memory), custom software development, database engineering, and scientific visualization.

Office hours for Research Computing are every Tuesday from 1 to 4 p.m. in the Goldwater Center for Science and Engineering, room 546.