As holiday travelers take to the airways, many will face leaving newly gifted “smart luggage” behind unless it qualifies as a carry-on bag.

A growing number of airlines, including American, Southwest and Delta, are requiring that built-in chargers and tracking devices must be removed from all checked bags — and some smart bags do not have removable tech. Effective dates begin between Jan. 1 and Jan. 15.

Today, lithium ion batteries (LIBs) power nearly all of our small, portable electronics. But LIBs have their drawbacks, and despite more than 20 years of research, there are no viable alternatives with the required energy densities on the immediate horizon, according to Candace Chan, an associate professor in Arizona State University’s Ira A. Fulton Schools of Engineering.

Chan, who received a 2016 NSF Career Award to research a ceramic replacement to flammable liquid electrolytes used in current batteries, said the most pressing safety issues are related to short-circuiting — the liquid electrolytes catch on fire and initiate chain reactions, emitting gasses and triggering materials decomposition.

Question: Why are lithium ion batteries so popular?

Answer: LIBs are “energy dense.” They can store a lot of charge in a small space, making them lightweight, portable and ideal for powering personal devices like laptops and cellphones.

However, attempts to make batteries rechargeable were unsuccessful because of a tendency for growth of small Li filaments, known as dendrites, during charging. The dendrites would short-circuit the batteries and trigger a process known as thermal runaway, which can lead to violent overheating reactions. This drove the technology to rechargeable lithium ion battery versions, which are more resistant to Li dendrite growth. Introduced in the early '90s, these batteries still power today’s smart devices.

In order to extend the battery life between charges and create a smaller, higher-energy battery, today’s LIBs have twice as much active material and thinner separators, setting the stage for a new generation of heat-triggered recalls. In 2006, for example, Sony recalled nearly 6 million lithium ion packs, and last year, Samsung recalled about 1 million of its Galaxy Note 7 phones due to heat-related explosions.

Q: What are the actual risks of an LIB overheating incident?

A: When a LIB overheats, the components inside are at risk of decomposing and undergoing a series of reactions that can generate even more heat and gaseous products. Additionally, the liquid electrolyte that enables Li ions to shuttle between the electrodes is made up of organic chemicals with high volatility and flammability. However, despite high-profile cases of heat-related LIB incidents, the overall failure rate is extremely low, with a probability of incident for mass-produced cells that is estimated at less than one in 10 million cells to 1 in 40 million cells, according to the U.S. Department of Energy’s National Renewable Energy Laboratory.

Q. What are some of the things consumers can do to mitigate the risks of overheating LIB incidents?

A: The most important safety precaution is to make sure devices that use LIBs are not in situations where they will overcharge or overheat.  There are many safety mechanisms already incorporated into batteries to prevent inadvertent charging and excessive current. They also can signal abnormal conditions such as pressure increases within the battery or battery temperature exceeding ideal upper or lower limits. However, there are still many good practices that consumers can do to protect their batteries.

Q: What should be the focus of battery safety research, and what are you focused on?

A: As we move toward relying more on LIBs for everything from powering electronic devices to electric vehicles, it becomes increasingly important to find alternatives to the rather thermally unstable components in existing batteries while ensuring that the devices maintain the desired electrochemical properties.

ASU Kerr Cultural Center will present Jarabe Mexicano Jan. 18 in a diverse program of traditional Mexican music made modern with reggae, rock, Tex-Mex, doo-wop and more. The performance begins at 7:30 p.m.Inspired by Latin American popular dance music and versatile modern mariachi music, Jarabe Mexicano embodies the dynamic energy and nostalgia of their bicultural roots. The group is based in San ...

Inspired by Latin American popular dance music and versatile modern mariachi music, Jarabe Mexicano embodies the dynamic energy and nostalgia of their bicultural roots. The group is based in San Diego and Tijuana, Mexico, and is distinctly influenced by the sounds on both sides of the border. 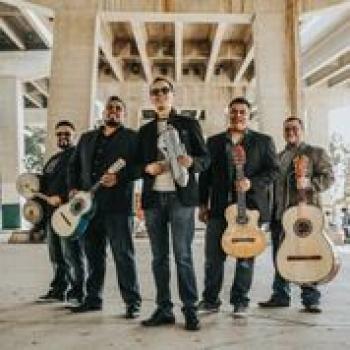 “Each member of the band has the vocal talent of a lead singer — their harmonies are incredible,” said ASU Kerr General Manager Tracey Mason.

ASU Kerr Cultural Center encourages young audiences to explore Latin music by attending this performance. Student tickets are $10 with a student ID for this and all shows in ASU Kerr’s Featured Artists season.

Reserved tickets cost $35, and general admission is $28. Tickets are available for purchase at ASUKerr.com, over the phone at 480-596-2660 or in person at the ASU Kerr Box Office, 6110 N. Scottsdale Road in Scottsdale.

“Jarabe’s soulful mixture of Mexican influences blended with nostalgic rock sounds has a beautifully wide relevance to our region,” Mason said. “We hope to connect communities, dance and celebrate with the band.”