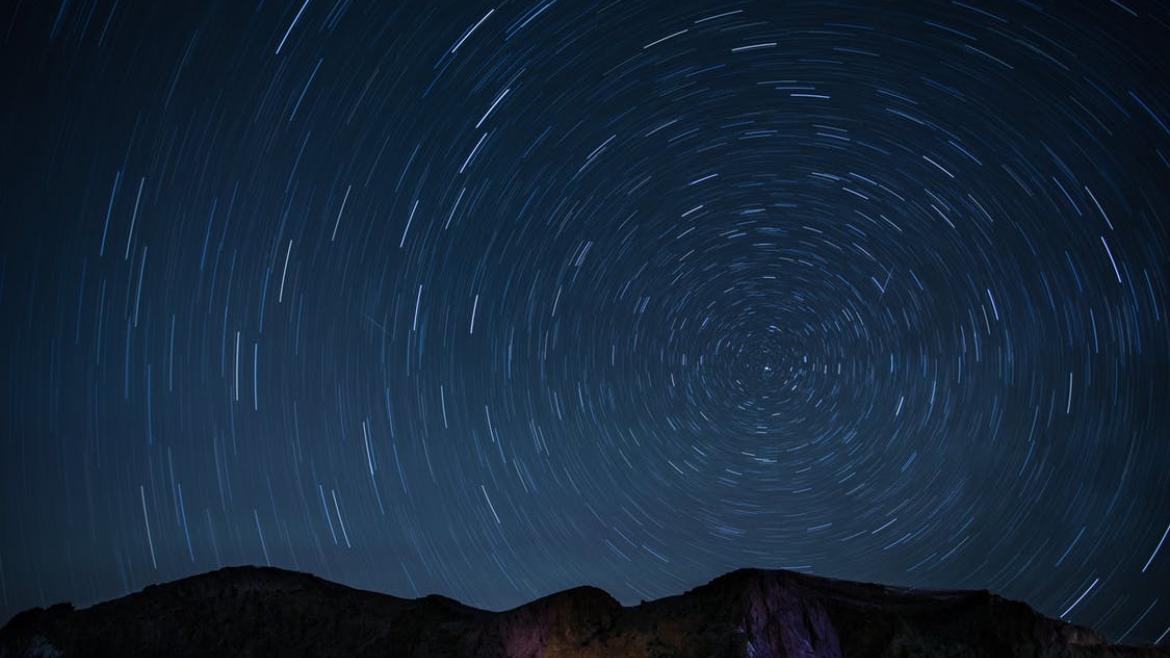 Are humans 'out of time'?

Tempe campus
The concept of "slow time" is a call to slow down in our fast-paced world.
How do you classify the period in which a tick is frozen, suspended in time?
November 7, 2017

ASU hosts conference that challenges us to rethink our relationship to time, space, Earth

Big questions about the nature of time and space and how they relate to mankind and the Earth have confounded some of the greatest minds since humans were capable of complex thought.

At this current point in time, when everything feels sped up — communication happens at lightning speed and the Earth itself is degrading at an exponential rate — perhaps it would do us well to slow down a bit and reconsider those questions from a modern-day perspective, said Ronald Broglio, ASU associate professor of English. 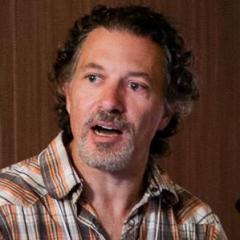 Broglio is president of the Society for Literature, Science and the Arts (SLSA), which will host its 31st annual conference Nov. 9–12 at Arizona State University. The theme of this year’s conference is “Out of Time,” and it will bring together experts in such varied fields as engineering, technology, medicine, humanities and the arts to explore such topics as species extinction, life after humans, digital temporalities and more.

“The international strength of ASU lies in its cross-disciplinary thinking,” Broglio said. “From the titles of schools and centers to the actual research, ASU is known for innovations in thinking. Members of the Society for Literature, Science and the Arts work in a similar fashion. They bring together philosophy and science, biology and cultural studies, digital technologies and the humanities, art and ecology, science fiction and predictive future-casting, etc.”

He and conference co-organizer Adam Nocek, ASU assistant professor of media and engineering, hope that bringing the society’s members to ASU will give them a chance to see firsthand the collaborative research taking place here. 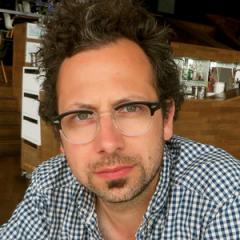 In addition, Nocek said, “ASU's forward-looking transdisciplinary approach to research and pedagogy has inspired many new developments” at this year’s conference, including an art exhibition that brings together art, science and design around a focal theme, featuring work by ASU, local and international artists. There will also be a new series of workshops on practice-based research, and a roundtable on the state of game studies with top scholars in the field of digital gaming.

Nocek and Broglio will be presenting on the topics of philosophy and science and on animal studies, respectively.

Other ASU professors presenting at the conference include Ed Finn, assistant professor and director of the Center for Science and the Imagination, who will speak about a new edition of “Frankenstein” that he co-edited, geared toward science and technology students. Adriene Jenik, professor of art, and Marco Janssen, professor of sustainability, will present with their students on an art and science experiment of rationing water while living in a remote desert area. Associate Professor of English Matt Bell and the Piper Center for Creative Writing will give workshops on creative fiction and science.

Broglio recently spoke with ASU Now to help break down some of the seemingly nebulous concepts into more digestible explanations.

Question: The theme of this year’s SLSA conference is “Out of Time.” What does that refer to?

Answer: We can think of “out of time” in at least two ways: First, time that is outside of and beyond human perception (think slow geological time frames or quick atomic speeds); and second, human-created climate change is having an impact on the Earth and on culture such that life as we now know it is running out of time.

Q: Can you elaborate on some of the topics that will be discussed? For example, “the long now,” “nonhuman temporalities,” “slow time.” What does that all mean?

A: In regards to “the long now,” we live inside geological time. Here in the Valley of the Sun, it surrounds us, and we can see the stratifications and different rock formations. It is a “now” but on a long scale that we cannot fully comprehend. We use numbers and chemical compositions to try to describe this long time. It takes imagination to feel the depth and weight of such timescales. This is one of the advantages of having SLSA at ASU — people can viscerally experience the presence of geological time. At a human scale, a “long now” is the project of culture — passing on knowledge and ways of doing things from one generation to the next. Cultural know-how is fading, even as new forms of knowledge are being born.

“Nonhuman temporalities” means ways of perceiving time that are outside of our human perception. A small tick can be frozen for 10 years then unfrozen and be alive and moving — what sort of time is this? Or think of the song “Eskimo Blue Day” [by Jefferson Airplane] with the line “But the human name/ Doesn’t mean [expletive] to a tree” — a saguaro for example, can live over 200 years. Its life and world feel outside of human history and culture. And yet, too, with climate change and the sprawl of Phoenix, animal and plant life become entwined with our own.

“Slow time” is a great topic — in a world of “just-in-time capitalism,” with Amazon next-day delivery and the speed of texts and emails, there has been a call to slow down. It is a call to change our speed of doing and our attention span. We will be hosting workshops on slow time and slow thinking and doing.

Q: What topics will you and Nocek be presenting?

A: Professor Nocek will present primarily on philosophy and science. His work uncovers hidden fundamental assumptions within scientific research and tools. These assumptions change the way biological life (for example) is represented, and these representations give us insight but also have blind spots. He is finishing a manuscript on molecular animationMolecular animation seeks to bring the power of cinema to biology, recreating in vivid detail the complex inner machinery of living cells. and philosophy.

My own work is in animal studies, and asks us to take animals seriously in culture. Often culture appropriates the cute animals for its own ends but does not take the animal worlds seriously. I look at animal attacks, for example, and how they show a contrast between what we expect the animal to do (to behave within culture) and its needs and interests. I also write about artists who work with animals. Some of those artists will be at the conference.

The two keynote addresses at the SLAS Conference are free and open to the public; find more details here. The "Out of Time" art exhibit, which runs through Dec. 1, is free as well; find details here.

Discoveries Tempe campus Science Humanities Arts Technology Expert Q-and-A The College of Liberal Arts and Sciences Department of English Herberger Institute for Design and the Arts School of Arts, Media and Engineering Center for Science and the Imagination New College of Interdisciplinary Arts and Sciences School of Art School for the Future of Innovation in Society School of International Letters and Cultures Institute for Humanities Research Ira A. Fulton Schools of Engineering School of Sustainability Faculty

Travel, language and culture can be rewarding as a tourist, but Arizona State University School of International Letters and Cultures (SILC) alumna Brianna Rafidi shows that international experience translates into international career opportunities. “I am currently an English teacher at a primary school in San Severino, Marche, Italy,” Rafidi said. “I was approached about this position af...

Travel, language and culture can be rewarding as a tourist, but Arizona State University School of International Letters and Cultures (SILC) alumna Brianna Rafidi shows that international experience translates into international career opportunities.

“I am currently an English teacher at a primary school in San Severino, Marche, Italy,” Rafidi said. “I was approached about this position after I spent the month of June 2016 studying Italian in San Severino at an international language school called Edulingua.” 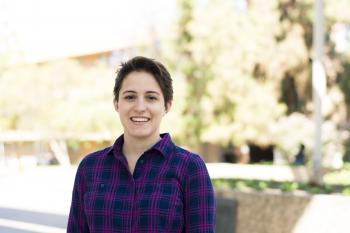 Rafidi went to Italy through an ASU SILC summer abroad program. She explained that SILC programs generally emphasize practicality and authenticity and partnerships with native speakers. In addition to Italian, she also studied some German.

Edulingua pairs native English speakers with Italian public schools. So while taking Italian classes on her time, Rafidi provides grade students with English instruction. Rafidi believes that for her and the students, language skills are problem solving skills, transferable across countries and careers.

“Studying another language/culture exponentially increases your ability to interact with people, art and the world,” Rafidi explained. “The SILC programs … establishing relationships with international schools like Edulingua is a perfect way for students to get connected with international contacts for their future.”

Rafidi distilled as much from SILC as she could, earning a spot on the Dean’s List consistently, receiving the presidential scholarship and a German student award. She wrote an award winning essay for the Hayden Library Book Collection. At the end of her time at SILC, she was recognized as a 2017 CLAS Outstanding Graduate.

Through all this work, however, Rafidi emphasized that the relationships she made through SILC and traveling are what she consistently pulls the most value from.

“Some of my best friends live in Mexico, Germany, and all around the world now. I have a relationship with them because I studied abroad and because I studied Italian … You go through a lot of intercultural and linguistic experiences together that are hard to not bond over,” Rafidi said.

“Culture is a big pattern of actions and meanings and understanding these different actions and their meanings dramatically increases your ability to think on your feet and operate efficiently,” Rafidi explained. “I really cannot think of one thing that I do that a better understanding of language and culture does not help.”