Lecture to ask 'Scrappy-Doo, Where Are You?'

Scooby-Doo, the animated character and series launched by Hanna-Barbera Productions in 1969, is one of the most successful brands in entertainment history. Nearly 50 years out, fans today can not only stream new and classic episodes, but can buy anything from Scooby-Doo games, books and DVDs, to Scooby-themed fruit snacks, underwear and pajamas.

“Scooby-Doo’s popularity all these years across so many entertainment platforms has made the series a shared reference point for many generations,” observed Arizona State University Associate Professor Kevin Sandler, a specialist in the contemporary U.S. media business. 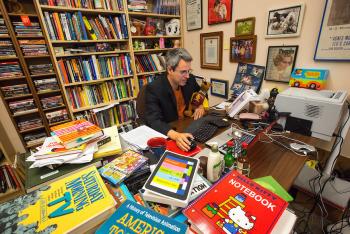 Kevin Sandler, a specialist in the contemporary U.S. media business and associate professor and director of film and media studies in the ASU Department of English, will put the rise and fall of Scrappy-Doo in a larger cultural and historical context in the next College of Integrative Sciences and Arts Humanities Lecture on Nov. 16 at ASU's Downtown Phoenix campus. Photo by Charlie Leight/ASU Now Download Full Image

Speaking of generations: Whatever became of Scooby’s feisty little nephew Scrappy-Doo, introduced in 1979?

That’s the mystery Sandler will focus on when he presents the final session of the fall 2017 Humanities Lecture Series of the College of Integrative Sciences and Arts at ASU’s Downtown Phoenix campus on Thursday, Nov. 16, in a talk titled "Scrappy-Doo, Where Are You? The Corporate Construction and Confinement of Scooby-Doo’s Annoying Nephew."

“Do an internet search on the phrase ‘most-annoying television characters of all time’ and you’re likely to find Scrappy-Doo on every list that comes up,” Sandler said. “He’s right up there with cousin Oliver from 'The Brady Bunch'!”

How and why did Scrappy-Doo come to exist in the first place? And why the hatred?

“Scrappy-Doo was very popular from the late ’70s to the mid-’80s, but over time he became the object of scorn. He eventually become persona non grata at Time Warner, where the catchphrase became ‘Scrappy is crappy,’” explained Sandler, who will share his research on the business decisions that brought the cartoon character Scrappy-Doo to life — and the resulting fallout from those decisions.

“If Scrappy shows up as a character anymore, it’s only if someone wants to kill him, or he’s depicted as a relic in a museum, or talked about in the most hateful way,” he said. “My job is to place Scrappy-Doo’s rise and fall in a larger cultural and institutional context.”

Sandler is associate professor and director in the Department of English’s Film and Media Studies Program in ASU’s College of Liberal Arts and Sciences. His scholarship has focused on censorship, convergence and animation.

He is the author of “The Naked Truth: Why Hollywood Doesn't Make X-Rated Movies,” the co-editor of “Titanic: Anatomy of a Blockbuster” and editor of “Reading the Rabbit: Explorations in Warner Bros. Animation.” He also has published widely in anthologies and journals; contributes frequently to podcasts, blogs and other online media; and is frequently asked to provide expert commentary on Hollywood and television history and popular culture.

Sandler earned a doctorate in film studies from Sheffield Hallam University in England. He holds a master’s degree in radio/TV/film from Indiana State University and a bachelor’s in communication from the University of Michigan.

'Scrappy-Doo, Where Are You? The Corporate Construction and Confinement of Scooby-Doo’s Annoying Nephew'

What: Final session of the fall 2017 Humanities Lecture Series of the College of Integrative Sciences and Arts.

Details: Free and open to the public. Scooby Snacks may or may not be served.

Jill Sullivan, associate professor in the ASU School of Music in the Herberger Institute for Design and the Arts, has conducted extensive research on women in military bands. Her research has culminated in two book publications and an elite invitation to perform with the premier United States Marine Corps music ensemble, “The President’s Own.”This year is the 220th anniversary of “The Pres...

Jill Sullivan, associate professor in the ASU School of Music in the Herberger Institute for Design and the Arts, has conducted extensive research on women in military bands. Her research has culminated in two book publications and an elite invitation to perform with the premier United States Marine Corps music ensemble, “The President’s Own.” 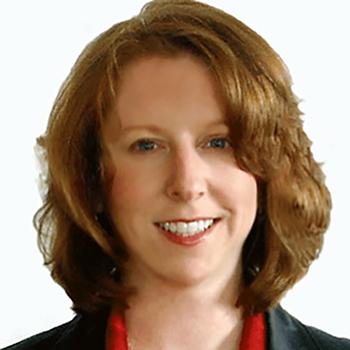 As the only scholar of the MCWR Women’s Band, Sullivan is invited to collaborate with the U.S. Marine Band to create the concert, serve as narrator and curate an exhibit of memorabilia for the lobby.

“I was shocked,” Sullivan said. “Throughout all of my music studies, I had never heard of any all-women’s bands! I discovered that young women from all around the country who had been in high school and college bands were eager to serve their country in a military band, and they did.”

Sullivan’s interest in women’s military bands resulted in a research grant funded by the Herberger Institute to continue her research in Washington, D.C.

This research resulted in her critically acclaimed book, “Bands of Sisters: U.S. Women’s Military Bands during World War II,” published in 2011. The book includes a chapter on the U.S. Marine Corps Women’s Reserve Band, and because of this research, Sullivan is considered the steward of the history of the MCWR band.

Sullivan was contacted by the U.S. Marine Band’s female conductor, Major Michelle Rakers and invited to become the visionary for the tribute concert.

“We are thrilled that Dr. Sullivan has been invited to be a part of the 75th Anniversary Concert commemorating the musical contributions of women in World War II,” said Heather Landes, director of the ASU School of Music. “It is recognition of her significant and unique contribution to historical research on women’s bands in our country, which has truly been and continues to be a labor of love for her.”

The documentary concert will re-enact the Nov. 15, 1944 MCWR Band’s NBC national radio broadcast — a one-time event that replaced the U.S. Marine Band during the war. 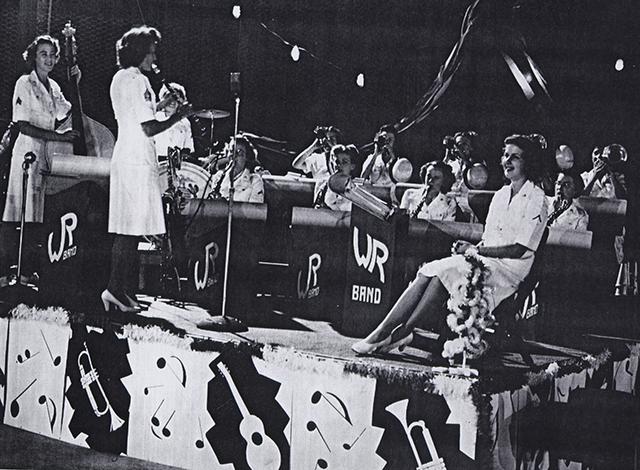 Sullivan is writing the historical script, selecting the music and coordinating the media for the entire concert. She will also be on stage narrating the history along with the Marine Band’s professional announcer, who will recreate the male radio broadcaster’s words from 1944. In addition to the 90-minute program, she is selecting 1940s music for the pre-concert events and curating a lobby exhibition that includes ephemera, artifacts, poster-sized photographs, interview recordings, video and musical entertainment, and WWII uniforms from the Marine museum. The post-concert will feature a question and answer session with Sullivan and surviving WWII Marine Band members.

Sullivan visited many national libraries and archives when conducting research for her first book and discovered that all branches of the military had women’s bands during WWII. She located and interviewed 84 women who served in the U.S. Army, Marines, Navy and Coast Guard women’s bands during the war. Of the 84 women interviewed, 43 women were U.S. Marine Band members.

She said her research on World War II women’s bands also revealed that there were many women’s bands in U.S. history and that the conductors of the women’s bands were music teachers before the war. Her most recent book, “Women’s Bands in America: Performing Music and Gender” is a compilation of her latest research that broadens the topic to all styles of music where women have formed bands, such as women’s jazz and rock bands.

Sullivan also discovered that women in WWII were some of the first music therapists in the U.S. She said that the profession of music therapy began, in large part, during WWII with women’s band members being trained to work with injured men in the hospitals.

“Today, these women musicians who formed these women’s bands serve as historical role models to our young women who perform in today’s elementary, high school, college bands and military bands, and to the women who teach and conduct bands today,” Sullivan said.