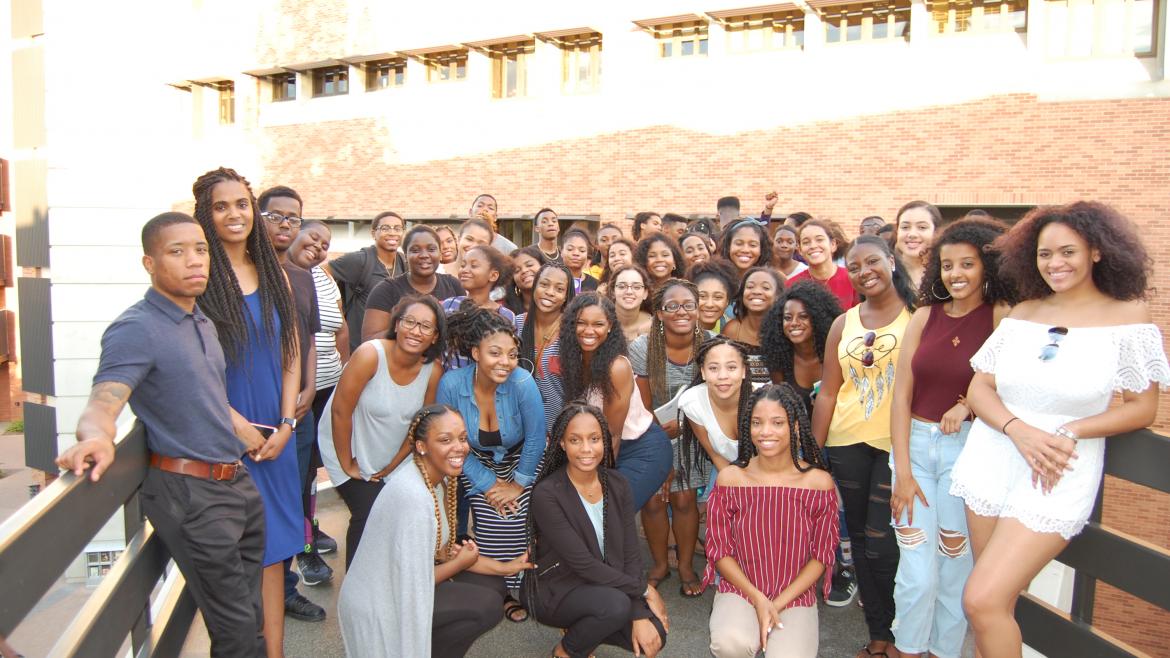 Editor's note: This is the second in a series of profiles on ASU's diverse student coalitions.
Learn more about the Asian/Asian Pacific American Student Coalition here.

The Black African Coalition (BAC) at Arizona State University has been in existence for more than two decades and is as popular as ever, supporting its 22 student organizations educationally, financially and politically.

Nearly 350 students are currently a part of the organization that strives to unite black and African students across all of ASU's campuses. Below, BAC president and history major Navona Carter shares more information about the group.

Question: How did the Black African Coalition start?

Answer: The Black African Coalition was started in 1991 after a racially motivated assault took place at the former Greek Row. The African-American students on campus felt unsafe and didn't feel there was a vehicle of support to ensure their voices were a part of the solution to the troubled race relations on campus during that time. They formed together to create a student-led organization that could work with the administration to improve the cultural experience of all students at ASU.

Q: What kind of activities does the coalition host?

A: The BAC participates in highlighted events around campus such as Homecoming, in addition to planning university-wide Black History Month events. All other programming throughout the year comes from the member organizations under the BAC.

Q: What's your favorite part about the Black African Coalition?

A: The BAC provides a space for African-American students to learn and grow at the university. Most importantly, the BAC helps students build community.

Parents and members of the Black African Coalition pose near "A" Mountain after hiking the mountain on Family Weekend.

Q: What's the biggest challenge your coalition has faced while you've been here?

A: ASU is the largest public institution in the nation; however, black and African-American students make up roughly 4 percent of the student population. Given those numbers, it can sometimes be challenging to connect students to the network BAC has created. Regardless of the challenges, BAC continues to grow daily and connect with students across all four campuses.

A: I typically hold seven office hours per week while also having meetings and sending emails in between classes.

Q: Do you have any events coming up?

A: Students can be involved in the Black African Coalition by requesting membership on SunDevilSync, as well as attending our events and general body meetings.

Q: Is there anything else you’d like to people to know about the BAC?

Ernie Garcia III disrupted the used-car-buying market with his company, Carvana, but he said his innovation isn’t really about cars.“Our view is it doesn’t have much to do with the product,” said Garcia, a Phoenix native whose company’s headquarters are in Tempe. “The customer experience is at the root.”Carvana, which Garcia launched in 2013 and now has nearly 500 employees, is the f... 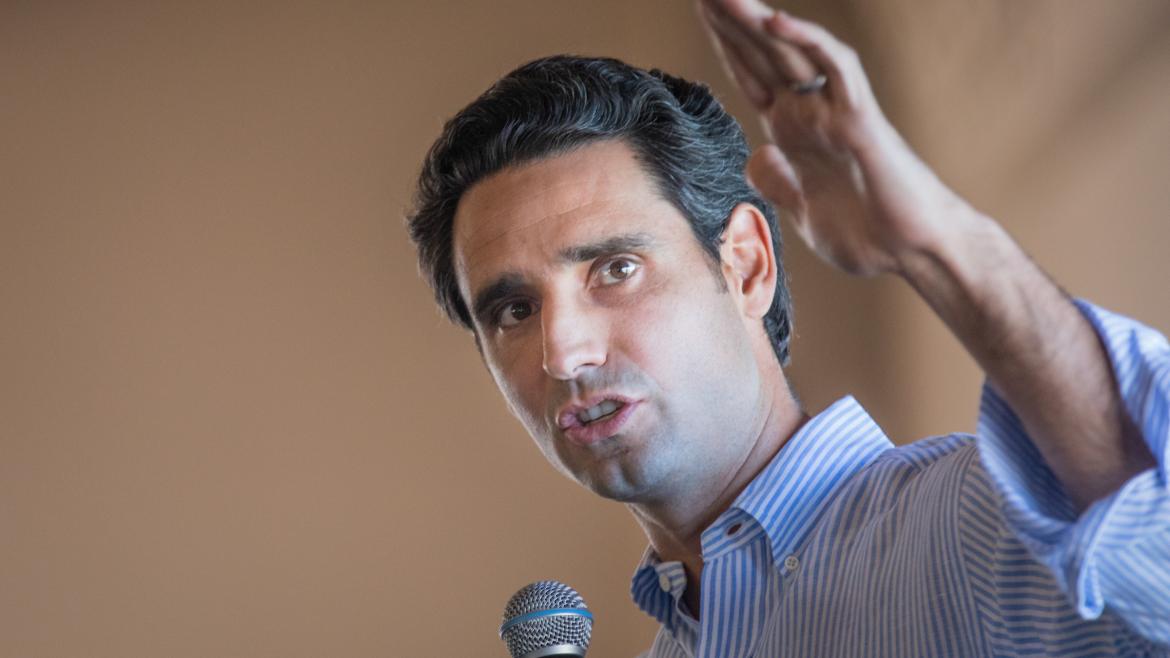 Ernie Garcia III disrupted the used-car-buying market with his company, Carvana, but he said his innovation isn’t really about cars.

“Our view is it doesn’t have much to do with the product,” said Garcia, a Phoenix native whose company’s headquarters are in Tempe. “The customer experience is at the root.”

Carvana, which Garcia launched in 2013 and now has nearly 500 employees, is the first platform in which consumers can buy a used car online and have it delivered to their house. They then have a seven-day trial period before committing to buying the car. The entire transaction, from shopping to financing to buying a warranty, is completed online.

“What’s at the root there is that everyone recognizes that social media is important, but they don’t understand the real importance,” said Garcia, who on Wednesday addressed the Economic Club of Phoenix, a speaker series housed in the W. P. School of Business at Arizona State University.

“It’s not about Facebook ads. It’s about how if you give a customer a great experience, they don’t just tell four people at dinner, they tell a thousand people on Facebook.” 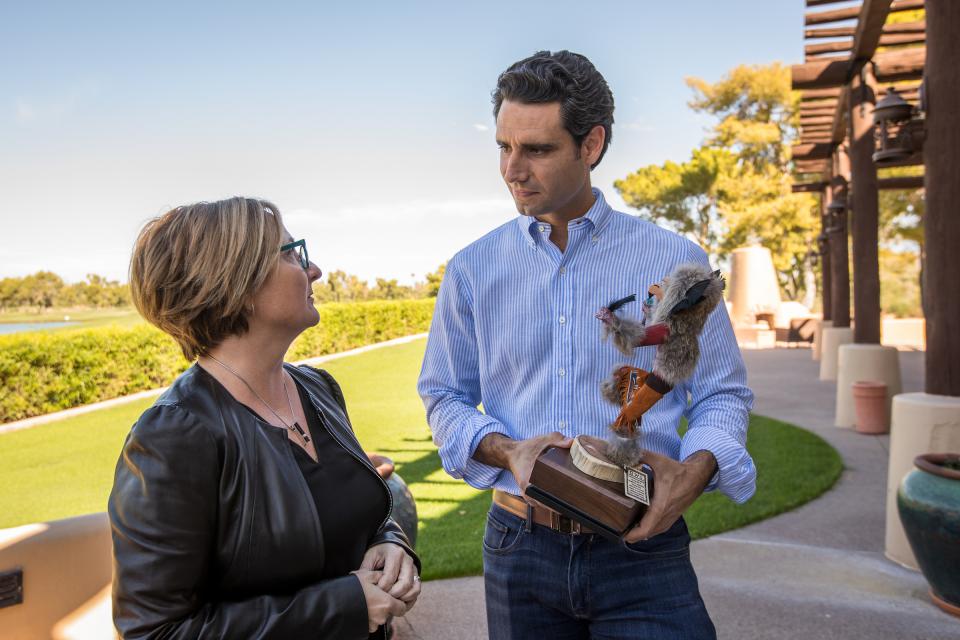 Garcia said Carvana was able to find an opportunity because of the way the market evolved, starting in the 1930s, when manufacturers decided to let dealerships sell the cars.

“That’s led to 63,000 dealerships, and they can’t differentiate the product,” he said. Each dealership has high real-estate, personnel and advertising costs and must promote low prices that can’t be sustained.

“There’s a reason why culturally if someone calls you a used-car salesman, it’s not a compliment,” he said. “We wanted to exploit the massive opportunity we thought existed.”

Garcia said that hiring good employees is critical to any startup.

“Great people don’t want to come to work every day if they’re not inspired and achieving something in a positive way,” he said. “We’re not curing cancer, but we save customers $1,500 every time they buy a car, which they then can spend on their families. We save them four hours, which they can spend with their families. Those are meaningful things.”

Garcia said that while Carvana’s business model is groundbreaking, the company mostly gets attention for its “car vending machines,” eight-story-tall glass garages that hold 30 cars. Carvana customers can choose between home delivery or visiting the vending machine. If they choose the machine, they receive a Carvana token to drop in a slot, which activates the garage, moving the car down to a delivery bay. There are vending machines in seven cities around the country.

“The vending machine builds advertising into the model. It sits by the freeway. It gets people talking. It’s interesting. It represents what we do,” Garcia said.

“It’s much less expensive for us to deliver a car to a customer than to maintain a big dealership, but it’s also less expensive if they come to us, pick it up and drive away. If you create an experience that is interesting enough to make people want to do that, then you can save money there as well,” he said.

Garcia said that as a haven for startups, metro Phoenix has some benefits.

“We’re good on people and we’re good on ideas,” he said. “ASU is a tremendous resource for anyone who wants to start a company here.”

But the area lacks the startup environment that is flourishing in Silicon Valley, he said, mentioning media as one example.

“When you start a company, one of your biggest costs is advertising, and a great thing about Silicon Valley is that there are about 10 digital news periodicals that cover everything any startup does and millions of people who read them every day.

“I do think our ecosystem can use some help. I don’t think we’re as far along as we’d like to think.”

For more information on the Economic Club of Phoenix and its Economic Forecast Luncheon on Nov. 29, click here.

Top photo: Ernie Garcia III, founder, president and CEO of Carvana, told a group of business people at the Economic Club of Phoenix that startups must hire and inspire good employees. Photo by Charlie Leight/ASU Now.