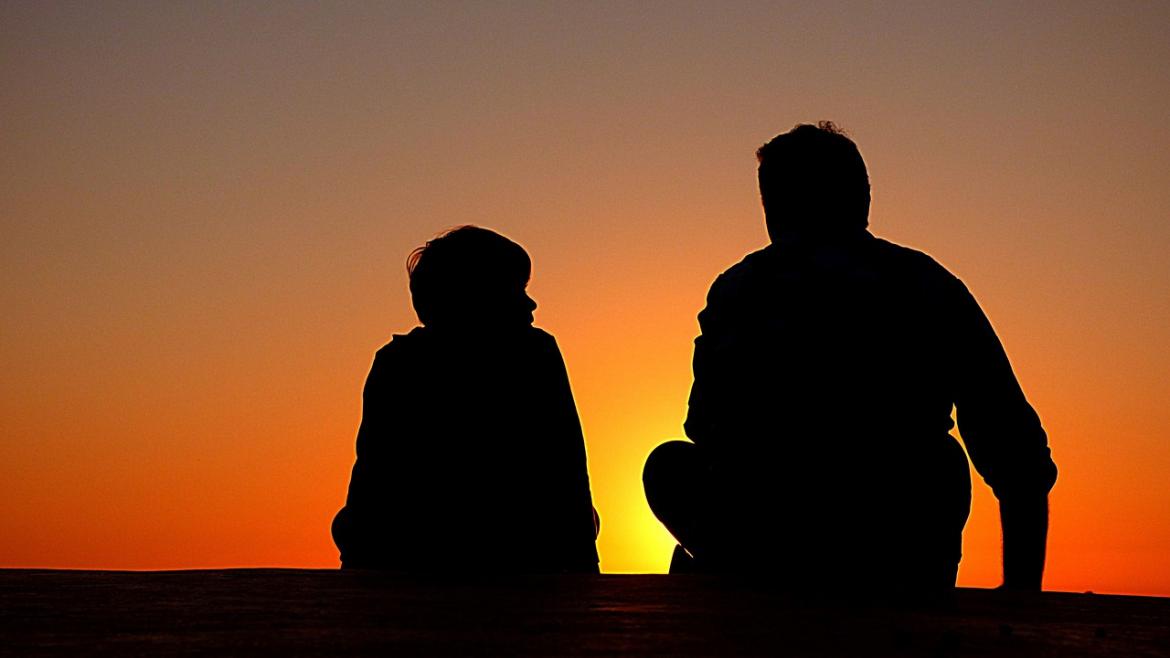 Evolving the 'birds and the bees' talk: ASU expert offers parents advice on teaching children and teens about consent

The “talk” parents are having with their children about sex is undergoing a sea change. With the dramatic — and sometimes graphic — accounts of unwanted propositions getting increased public attention, the story about “the birds and the bees” is fast evolving into a complex narrative about courtship and consent.

Still, as uncomfortable as these talks can be for parents and children, experts say they can be helpful in getting ahead of the problems that have been populating many headlines of late.

“It is so important to have these conversations about consent and boundaries with our children,” said Marcella Gemelli, a lecturer in the T. Denny Sanford School of Social and Family Dynamics at Arizona State University. “Because we live in a world where sexual assault happens, where bullying happens, we can teach our children very early on what it means to be respectful to others, how to have empathy and how to respond assertively either as the target of abuse, or as an intervener to help stop it from happening.”

Gemelli says there is a lot more parents can do to teach their sons and daughters about consent in our current cultural climate. She shared her thoughts in a recent interview with ASU Now. Question: How should parents express what consent means to their children?

Answer: At the heart of consent is the establishment of boundaries regarding the body and being respectful of your child’s comfort level with touch. Parents can role-model consent with their young children during play, for example. If a parent is play wrestling or tickling her child and the child says stop, the parent should stop. This exhibits a respect for a boundary the child sets.

Children get information from adults regarding appropriate ways to interact in their own interpersonal relationships. Parents should also feel comfortable when their child does not want to participate in affection with friends or family members, or to interact physically with an adult like a coach, or a teacher. In fact, if a child exhibits a significant aversion to being touched by a certain adult, this may be cause for alarm. It is always OK to say no.

Q: What is the right age to start having those conversations? How early is too early — and how late is too late?

Significant physical changes of children’s bodies and a greater emphasis on peer-to-peer relationships make conversations with tweens and teenagers incredibly important. Parents should continue to discuss issues of respect, boundaries and empathy among others, and to model healthy interpersonal relationships, with their college-age children as well.

Q: Is there a difference in the way parents should talk about consent with their sons and daughters? If so, how should the subject be discussed with young men and young women?

A: Yes and no. At a very basic level, we need to teach and model to both boys and girls, young men and women, to be respectful of differences. This can be based on gender, sexual orientation, race, ethnicity, religion, age ability and so forth. But we do know statistically that boys and men are more likely to engage in bullying behaviors and sexual assault against females.

Unfortunately, we have societal norms about femininity (passivity) and masculinity (aggression) that create a culture of permission of bad behavior. “Boys will be boys” or “locker-room talk” often excuse and normalize inappropriate behavior among males. It is important that we talk to our boys about misogynist terms and how they degrade women. For our girls, we can teach them that assertiveness is a valuable trait and one they should use in their relationships with their peers and with the opposite sex in romantic relationships.

Q: Some parents might have a difficult time having a conversation about consent with their children, especially as children approach tween and teen years. What resources are available to help facilitate the talk?

A: Adolescents need to know that their parents are available to listen, free of judgment. Parents should also talk to their teens a lot, even if it seems that they are not listening. They need to accept the reality that most teens will go to parties; that there will be opportunities for sex; and that they may engage in physical intimacy — either with a hookup or by being in a serious relationship. It is therefore important to have a conversation about consent and what that entails. It doesn’t have to take place as a formal conversation. Parents can bring up issues of safety, consent and respect on the way to sports practice, or on the way to a friend’s house. Parents should also include in these conversations that their child should encourage safe and respectful behavior among their peers as well.

The Department of Justice has some wonderful links to organizations that focus on teen education about sexual assault and dating violence.

This year’s Salute to Service celebration at Arizona State University will honor the more than 3 million Americans who served during the Vietnam War with a mix of public events scheduled across ASU’s Phoenix metro campuses Nov. 1–12. Behind this year’s focus is a U.S. Presidential Proclamation from 2012, calling for the observance of the 50th anniversary of the Vietnam War until Nov. 11, ... 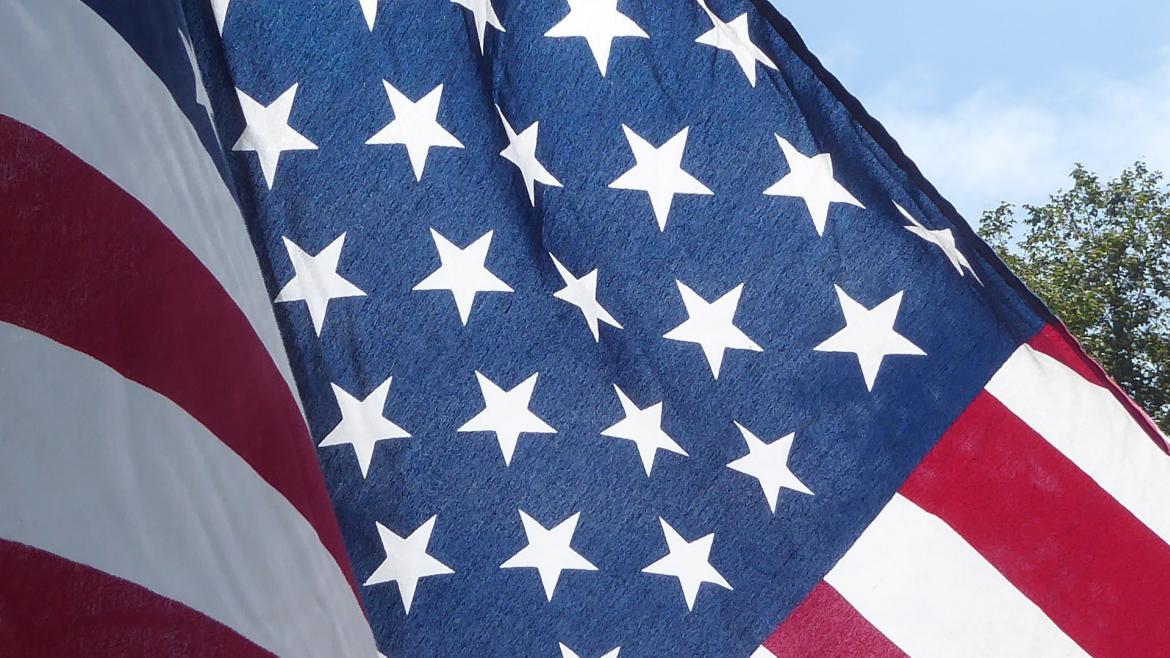 ASU to celebrate Salute to Service across its Phoenix metro campuses Nov. 1–12.
Want to learn more or show support for those who served? Check out events list.
October 31, 2017

This year’s Salute to Service celebration at Arizona State University will honor the more than 3 million Americans who served during the Vietnam War with a mix of public events scheduled across ASU’s Phoenix metro campuses Nov. 1–12.

Behind this year’s focus is a U.S. Presidential Proclamation from 2012, calling for the observance of the 50th anniversary of the Vietnam War until Nov. 11, 2025 — to pay tribute to all Americans who served, and honor the more than 58,000 killed in action.

In line with the proclamation, the Salute to Service theme this year is “Legacy of Service,” which aims to recognize Vietnam War-era veterans in particular, but also all others who have worn the nation’s uniform at other times during peacetime and war.

“There is a real legacy of service at ASU,” said Steve Borden, director of the Pat Tillman Veterans Center. “There were many Vietnam vets who were going to school here and studying in what is now the Ira A. Fulton Schools of Engineering.”

While some Vietnam veterans experienced a less-than-friendly welcome back to the U.S., they were largely welcomed at ASU. Former service members even formed a veterans club on campus, Borden said. A historical record shows the veterans club participating in one of the homecoming parades back then.

Salute to Service, in its seventh iteration, is an ASU signature event organized by the Pat Tillman Veterans Center in conjunction with the ASU Alumni Association and in collaboration with other units across campus.

The event honors those who are serving or have served, but it also captures ASU’s commitment to inclusion by welcoming military-affiliated students to the university community.

“When we create an inclusive environment, which is very fitting in line with Dr. Crow’s vision for this university, we create an opportunity for veterans and nonveterans alike to benefit from the diversity of service members and their legacy,” said Matt Schmidt, assistant director for outreach with the Pat Tillman Veterans Center. “I think our community is better and stronger through its diversity.”

A wide array of activities have been organized for this year’s celebration — from service recognition during Sun Devil Athletics events, to insightful panel discussions on a wide range of topics, to captivating media exhibits. Most events are free and open to the public.

For Nancy Dallett, associate director for ASU’s Office for Veteran and Military Academic Engagement, the events organized here offer the opportunity to raise understanding as the nation grapples with the need to recognize and reduce the military-civilian gap.

“Our office is pleased to be able to participate in Salute to Service 2017 and focus on our Vietnam War-era veterans and the legacy of their service,” Dallett said. “We have several opportunities for people to consider this divide and be part of the bridge.”

A screening of excerpts from highly acclaimed "The Vietnam War" documentary by Lynn Novick and Ken Burns released this year takes place Nov. 1 and includes a panel discussion on how journalists write about war.

On Nov. 2, the College of Liberal Arts and Sciences will host a kickoff reception in Manzanita Hall where ASU alum Devin Mitchell’s latest Veteran Vision Project photos will be on display. This year Mitchell photographed 15 Phoenix-area Vietnam veterans.

But that is not all.

“Those interested in documentary filmmaking can meet Iraq War veteran, filmmaker Daniel Bernardi and screen several of his films in the Veteran Documentary Corps,” Dallett said. “Or meet some women who served in Vietnam and will be sharing their stories and helping a young playwright refine her scripts for ‘A Morning in Vietnam,’ which will be staged in February 2018.”

Anyone interested in what is going on in today’s military can attend two panel discussions Nov. 2. Commanders of military bases in Arizona will be part of a discussion in Tempe’s Memorial Union on current challenges. That panel will be followed by one in the same venue with the commanders’ senior enlisted leaders giving a glimpse of what it means to serve.

On Nov. 3, the veterans chapter of the ASU Alumni Association will dedicate the ASU Veterans Memorial Wall inside the Tempe campus' Memorial Union. The wall will be inscribed with the names of the 134 ASU alumni who died serving the nation.

The College of Liberal Arts and Sciences will also host the annual Salute to Service Flag Football Tournament on Nov. 5 — pitting teams of ASU’s student veterans and ROTC units against each other for the coveted Dean’s Cup, currently held by last year’s champion Air Force ROTC team.

For a list of all Salute to Service events or more details regarding the events mentioned in this article, go here.