Anson Chan, known as “Hong Kong’s conscience” for her decades of devotion to social justice and democracy, has been named the fourth recipient of the annual O’Connor Justice Prize.

The award, administered by the Sandra Day O’Connor College of Law at Arizona State University, was created to honor the legacy of the school’s namesake, retired U.S. Supreme Court Justice Sandra Day O’Connor. It recognizes those who have made extraordinary efforts to advance rule of law, justice and human rights. 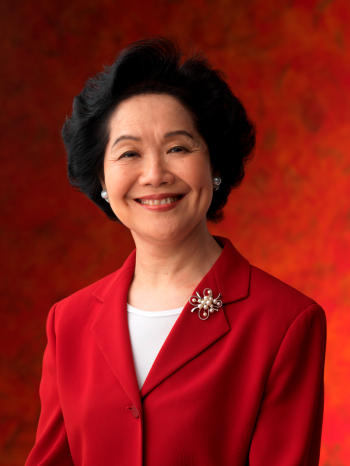 Like O’Connor, Chan broke through significant demographic barriers in her remarkable career, rising through the governmental ranks to become chief secretary, the second-highest position in Hong Kong’s government. She was not only the first female but also the first Chinese chief secretary of Hong Kong.

Chan will be formally presented with the award at the annual O’Connor Justice Prize dinner, on Feb. 10 in Phoenix.

“I am deeply honored and delighted to accept this prestigious award in honor of a great lady whom I deeply admire,” Chan said.

She added that she is a great admirer of all that O’Connor has achieved in her illustrious career, and the values that she stands for. And Chan said she greatly looks forward to meeting O’Connor in February and discussing shared interests.

Born in Shanghai in 1940, Chan moved to Hong Kong as a child. She began a career in government in 1962, joining the civil service as an administrative service cadet. Her salary was reportedly three-fourth of her male equivalents. She would later chair the Association of Female Senior Government Officers, fighting for better rights for female civil servants — most notably wage parity.

In 1984, she became Hong Kong’s first female civil service director when she was appointed director of social welfare. She continued her historic ascent through the governmental ranks, becoming chief secretary in 1993. In the run-up to the British handing control of Hong Kong back to China in 1997, Chan was viewed as one of the most powerful women in Asia and the face of Hong Kong, assuring world leaders that the transition would go smoothly and civil liberties would be upheld.

Chan left office in 2001 after nearly 40 years working in government. A champion of transparent and accountable government, she has spent the past decade leading efforts for full universal suffrage for election of Hong Kong’s chief executive and all members of its legislature. She launched Hong Kong 2020, a small think tank concerned with democracy and governance issues, and is a founding director of Project Citizens Foundation. The foundation promotes civic awareness and participation and educates the public, particularly the younger generation, on the need to protect Hong Kong’s core values, rule of law and basic rights and freedoms under the “one country, two systems” government concept that applies to Hong Kong.

Growing up in the cold Northeast, Paul Padegimas did not think much about what the desert could offer until he was looking at graduate programs.“I didn’t know much about Arizona State University,” said Padegimas, who received a Bachelor of Arts in geography from the University of Connecticut. “But my undergraduate advisor recommended it because ASU had the best geography graduate program i...

Growing up in the cold Northeast, Paul Padegimas did not think much about what the desert could offer until he was looking at graduate programs.

“I didn’t know much about Arizona State University,” said Padegimas, who received a Bachelor of Arts in geography from the University of Connecticut. “But my undergraduate advisor recommended it because ASU had the best geography graduate program in the country.” 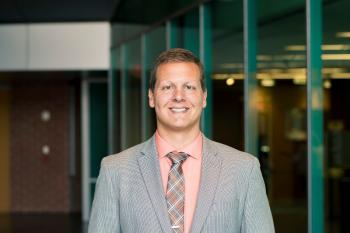 In 2011, Padegimas received his Master of Arts in geography from the School of Geographical Sciences and Urban Planning, an academic unit in the College of Liberal Arts and Sciences. He said the program helped him learn how to be constructive and how to tackle big projects, which have been useful skills in his career.

“I knew I wanted to help develop transportation systems, but I wasn’t sure exactly what it entailed or how I might go about it,” he said. “With the help of guidance from the faculty in my program and other programs, I ended up focusing on land use and transportation planning.”

After graduation, Padegimas became a data analyst at the U.S. Department of Transportation. He lived in Boston at the time and missed the warm weather. After a year and a half, he left Boston and moved out to San Diego, where he took a role as a transportation analyst with Turner Engineering, a small company focused on reliability engineering and electromagnetic compatibility engineering for rail systems. Recently, Padegimas was able to move back to Arizona to work on the light rail.

“I found my way to Turner Engineering,” said Padegimas. “They worked with trains. I wanted to work with trains. That was all I knew about the company at first, which left plenty of questions as to what I might be doing.  But, it provided me the opportunity to work on some interesting and exciting projects, such as the California High-Speed Rail and, in the future, on extensions of the light rail here in the Valley, so it worked out to be a great match.”

At Turner Engineering, Padegimas works on behalf of transportation agencies and companies that build trains, power systems and other aspects of rail transportation. In essence, his work helps the companies ensure trains show up on time, don’t mess up cell signals and don’t shock passengers when they step onboard.

Padegimas is also one of the founding members of the Emerging Leaders program, a group of young professionals who serve on the College of Liberal Arts and Sciences Dean’s Council to find new ways for the college and community to succeed.

“I was interested in getting a little more involved with things going on at ASU,” said Padegimas. “Helping people go further in their education than they otherwise could is something I’d like to be part of. I think the college has done a lot of big things and has a lot of great programs.”

Padegimas urges current students and recent alumni to be adaptable.

“If an opportunity arises, always be willing and flexible to tackle it,” said Padegimas. “It’s important to go after something you are very interested in and you love, but don’t let it hamstring you and be the reason you don’t do something else.”

Looking to the future, Padegimas wants to continue to grow and develop skills within his career. He hopes to take the skills he learns to start his own business in the same field.

“I’m very much looking forward to getting involved and seeing where it takes me,” he said.