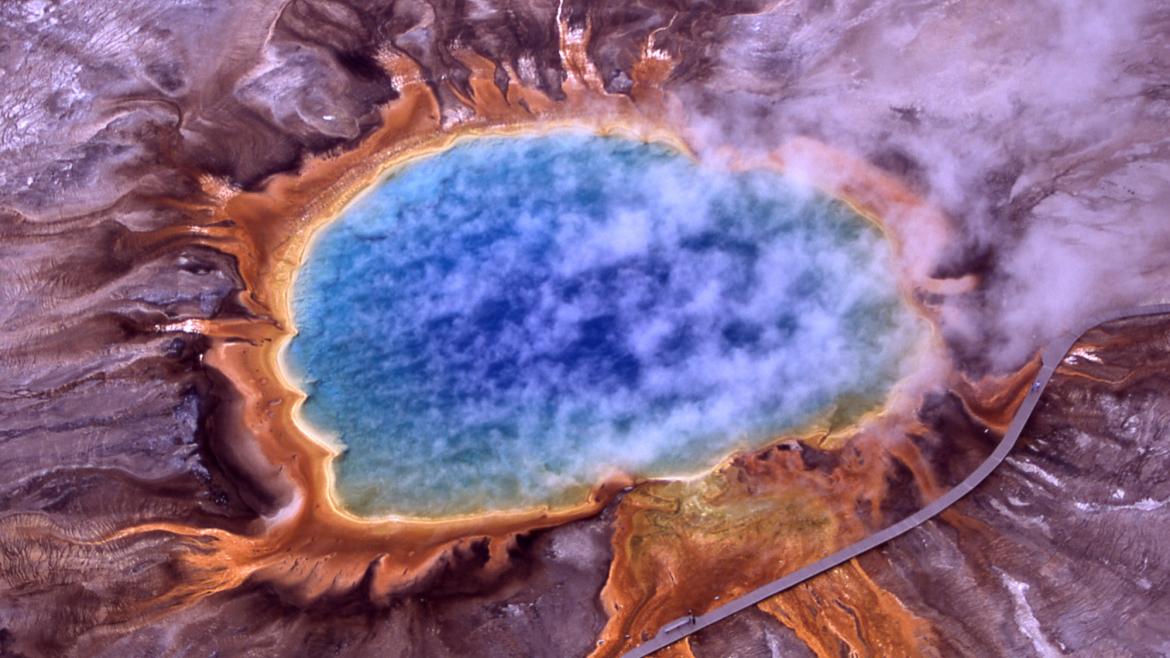 Don’t worry too much about supervolcano eruptions, says ASU expert

With a new round of nuclear brinkmanship between Washington and Pyongyang and the fly-by of a near-Earth asteroid in the headlines the past few weeks, the last thing we needed was another doomsday scenario. Then worrisome news of a “planet-killing” supervolcano erupted last week, setting off a chain reaction of increasingly sensational headlines.

The news came right out of research at Arizona State University, but not the misinformation.

To help set the record straight and understand just how much angst we should apportion to supervolcano eruptions, ASU Now talked with one of the researchers involved in the work, Christy Till, an assistant professor in ASU's School of Earth and Space Exploration. Till is an earth and planetary scientist whose research focuses on magma formation and volcanoes. 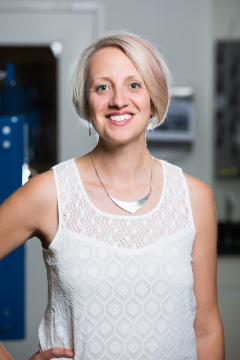 Question: Your research certainly caught a lot of people’s attention. What were your results, how did they get out there, and then what happened?

Answer: A freelance reporter came to a big volcano conference this summer, where my PhD student Hannah Shamloo presented her recent research on the events preceding Yellowstone’s last large eruption 631,000 years ago. This reporter pitched a story to the New York Times about our work and, after a follow-up interview with us, the story was published on Tuesday, Oct. 10.Hannah’s results indicate that there was activity that heated up the magma below the volcano decades before that big eruption 631,000 years ago.

The story was then picked up by a variety of media outlets, which misquoted the  New York Times  article and introduced new misinformation, and suggested that Yellowstone was due to erupt sooner than previously thought (and in some cases that the eruption would be larger than previously thought). There is no evidence that Yellowstone will erupt in the near future, or in a big eruption. It may never erupt ever again!

Q: How can we know when a volcano might erupt?

A: Scientists from the Yellowstone Volcano Observatory and academia monitor the volcano constantly to know that it shows no unusual signs of activity or imminent eruption today. We monitor volcanoes by looking at changes in the height of ground surface, changes in the chemistry of the gas being emitted, and earthquakes produced by magma or hydrothermal fluid movement beneath the volcano. It is usual to have earthquake activity and ground deformation at Yellowstone and other active volcanoes every day; most of it is caused by movement of hot fluids that produce the geysers like Old Faithful.

But scientists look for unusual activity that suggests the sleeping volcano is awakening. Using these methods scientists are able to identify when there is a higher risk of the eruption in the next several months to year. We don’t see anything like that right now at Yellowstone, nor have we in the recent past.

Also academic scientists like myself and my research group research the conditions in the magma chamber preceding past eruptions by looking at the crystals in the associated volcanic deposits. These are like a black-box recorder of what happened. This allows us to build up an understanding of the events and conditions to look for if the volcano awakens, and how long we might have before an eruption.

Q: What would happen if the Yellowstone supervolcano erupted?

A: Yellowstone has had many more small eruptions than big eruptions. In fact, Yellowstone has had 23 small eruptions that produced a small lava flow since the last large eruption 631,000 years ago. Volcanoes aren’t like earthquakes; they don’t have reoccurrence intervals, so they are not “due to erupt.” So if the volcano were to erupt again, which it might never do, it is more likely to be a small eruption than a large one. The probability of a large eruption again in the future is very, very, very tiny.

Q: What else are you learning about supervolcanoes through your research?

A: Our research uses zones in crystals from the deposits from past eruptions to reconstruct the events preceding past eruptions from lots of different kinds of volcanoes around the world. The zones in these crystals are like the rings in trees; they allow us to reconstruct the climate in the magma chamber during the lifetime of the crystal — the temperature, pressure and chemistry — leading up to past eruptions. The goal is to better understand what causes a volcano to have a big vs. a small eruption and how long we have from signs of unusual activity at the volcano until an eruption. These are relatively new techniques, and we’ve still got a lot of work to do to build up this understanding, but we’re getting there one study at a time.

Driving is one of those privileges we all take for granted until we can’t do it anymore. We drive to get to work (some of us drive for work), we drive to meet with friends, we drive to get food — we drive to complete any number of mundane, everyday tasks that require us to get from point A to point B.As one of Joseph Sirven’s patients told him, “Driving is life.”Sirven, a faculty member ... 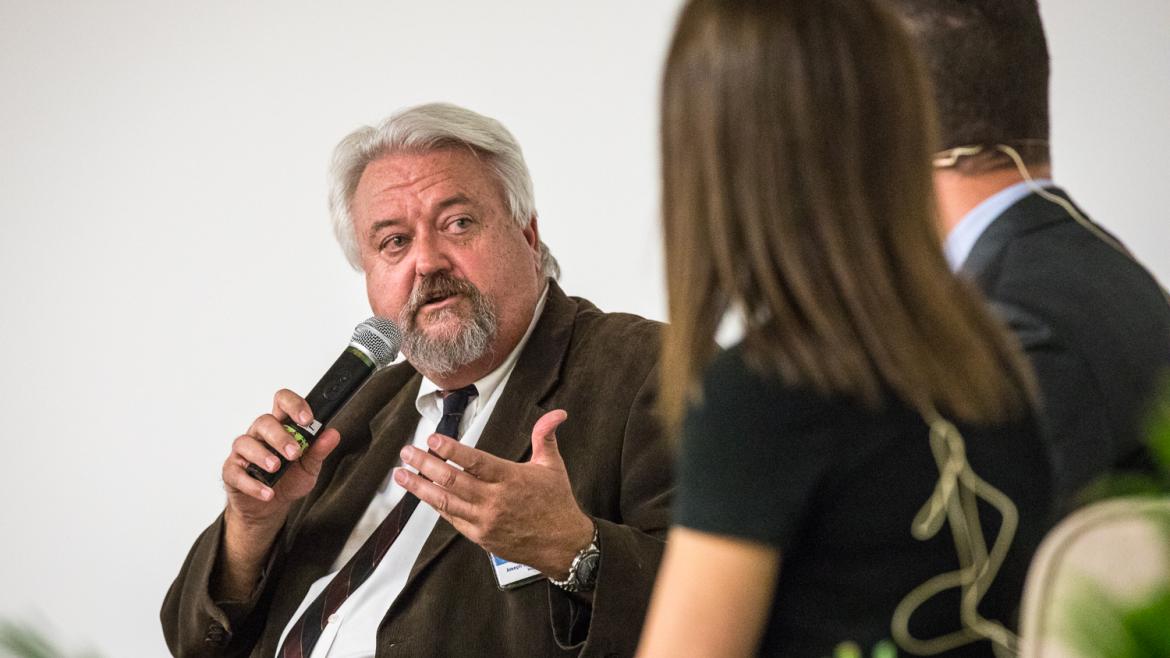 Downtown Phoenix campus
No two situations are alike when it comes to whether someone can still drive.
Neurologist says autonomous cars will solve issue for those who shouldn't drive.
October 17, 2017

Driving is one of those privileges we all take for granted until we can’t do it anymore. We drive to get to work (some of us drive for work), we drive to meet with friends, we drive to get food — we drive to complete any number of mundane, everyday tasks that require us to get from point A to point B.

As one of Joseph Sirven’s patients told him, “Driving is life.”

Sirven, a faculty memberSirven is also a professor of neurology at Mayo Clinic School of Medicine and an adjunct faculty member of the Walter Cronkite School of Journalism and Mass Communication at ASU. of Arizona State University’s School for the Science of Health Care Delivery, told the anecdote to a crowd gathered Tuesday night at the Downtown Phoenix campus as he introduced the first of six talks to be hosted by the school over the coming academic year: “We Need to Talk: A Series of Tough Conversations About Health.”

A self-described “motorhead,” Drazkowski said that as a neurologist, driving is something that impacts his patients — who have disorders ranging from epilepsy to dementia — a lot. Throughout the discussion, he covered such questions as: What are the appropriate medical and legal approaches to pulling someone’s keys? When can they not drive, and what is the medical community’s ethical responsibility? And if self-driving cars become accepted, will these issues go away?

As a practicing physician in the state of Arizona, Drazkowski is not required by law to report patients whose conditions may inhibit their ability to drive to the MVD (some states, like Nevada, do). Arizona is a “self-report” state, meaning patients with such conditions are responsible for informing the MVD themselves. It can be problematic, especially since giving up the ability to drive is like giving up one’s independence, Drazkowski said.

When that’s the case, there are options. Friends and family members can send a letter of concern to the MVD, which has a medical review department and can take steps to require the driver in question to take a driving test or undergo medical evaluation. Depending on how that goes, Drazkowski said, it may be time to sit down and have an honest discussion with the driver.

“Express your concerns and be realistic,” he said. “No two situations are alike. It’s a delicate, delicate balance.”

For people with dementia, who may not even remember why they aren’t allowed to drive, physically removing the car from the home and making other arrangements may be necessary. Luckily, ride-sharing services like Uber and Lyft now have options where those in need of a ride can get one without having to use a smartphone.

It’s a start, but Drazkowski is most excited for the next step after that: fully autonomous vehicles. Once that hurdle has been cleared, he said, he believes it will truly solve the issue of driving for anyone with a condition that might prohibit them from doing so.

“And it would be easier for practitioners,” he said, “because we could say, ‘Here’s your alternative.’ ”

In response to Davies’ question of whether he plans to use an autonomous car to get around when the time comes, Drazkowski seemed enthused.

“I’ll soup up that autonomous driving vehicle,” he said.