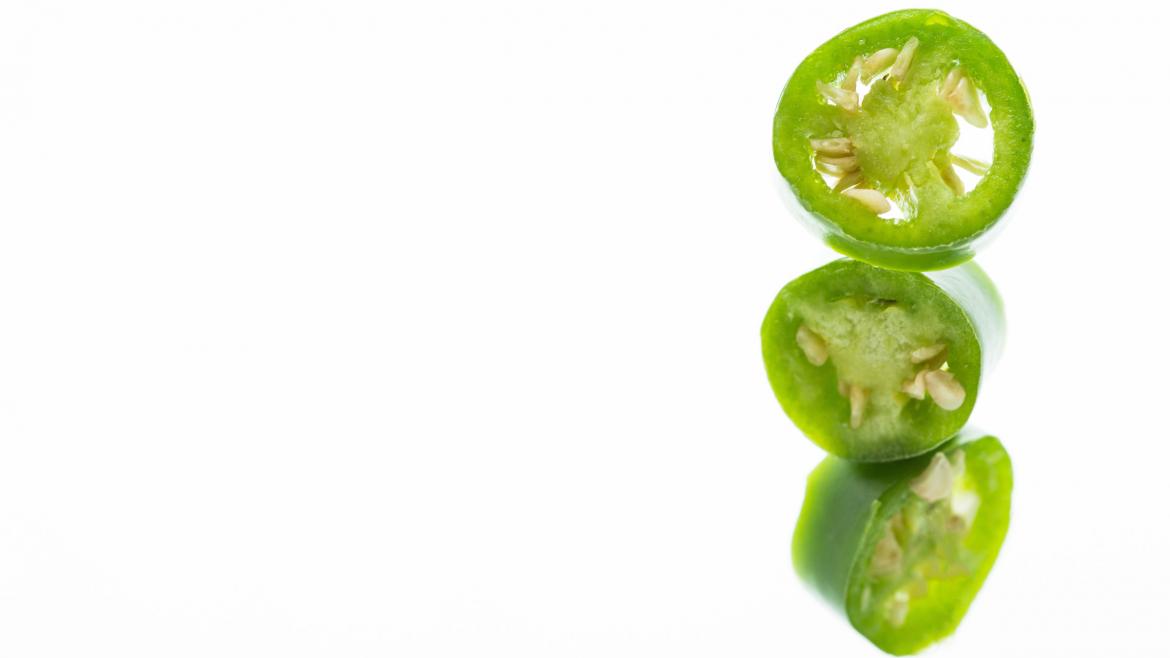 For scorching taste buds, nothing beats the zing of a chili pepper.

Now, a new Arizona State University research study has shown that chili peppers may also be a key ingredient to melting the pounds away and reducing one’s appetite.

The ASU research team, led by scientists Yue Deng and Fang Chen at the Biodesign Institute, has shown the first promising links between capsaicinoids (the active ingredient that gives chili peppers their sweat-inducing hotness) and an individual’s energy-burning ability.

“The innovation of the study is to validate the effectiveness of capsaicinoids during the first real-time tracking of an individual’s metabolism,” said study first author Deng, a postdoctoral research associate in the Biodesign Center for Biosensors and Bioelectronics, who completed the work for her doctoral dissertation in 2016. “It is important to measure the metabolism change with intake of the capsaicinoids, which is the most straightforward way to tell people this actually works or not.”

Capsaicinoids, known for their anti-inflammatory properties, have been used as a natural remedy to rub on sore joints, and as antioxidants that may help deter aging or even cancer. Several research groups have been investigating their potential benefits as part of a weight-management program.

In the ASU pilot study, 40 people (average age of 28) were given either a placebo or 2 milligrams of a capsaicinoid supplement per day. Each person took the test twice, either with the supplement or a placebo. Researchers then looked at the effect of capsaicinoids on an individual’s energy-expenditure ability (metabolic rate), as well as heart rates.

The participants were limited to healthy individuals who were not pregnant and did not use vitamins, other supplements or medications that may be the result of chronic conditions. Capsaicinoids (the active ingredient that
gives chili peppers their sweat-inducing
hotness) are known for their
anti-inflammatory properties.

This and top photo by Deanna Dent/ASU Now

To measure the resting energy expenditure (REE), researchers took advantage of an ASU Biodesign spinout technology that has been on the market since 2015, called Breezing. Breezing is the first handheld calorie-measuring device that measures human breath (oxygen consumption rate and carbon dioxide production rate). It can connect wirelessly to a smart device via Bluetooth and display results through an easy-to-use mobile app.

Participants were given a customized bagel and cream cheese meal that was adjusted to a portion of calories set to their REE value (either 0.35 portion or 0.25 portion) along with the supplement. Next, their REE was measured at one, two and three hours after eating. All participants were required to fast for at least four hours prior to the test, and they were restricted from any strenuous or moderate exercise for at least 12 hours before the test.

For the people who took the capsaicinoid supplements, their energy expenditure showed an average predicted change of 130 kcal/day, while the people from the control group only reflected an average energy burn of 8 kcal/day.

For the calorie counters among us, that 122 kcal/day difference is like burning off an extra can of soda every day (150 kcal), or a medium latte, or for the truly nutritionally tempted, an ounce of potato chips.

Researchers did not find a significant difference in the heart rates of any study participants.

Next, the team is planning to test the effect of capsaicinoids on metabolic rate across more diverse sample populations, including older adults, those who are obese, athletes and children.

The key point, caution the researchers, is that the capsaicinoids supplements alone do not act as magic bullets. Rather, they should be considered as part of a holistic weight management strategy that includes diet, physical activity or exercise, and taking into account one’s unique physiology and genetics. They were are also excited to further validate the Breezing device’s potential as an affordable personal metabolic tracker and weight-management tool.

“Although the results did show that the supplements had a positive effect on people’s metabolic rate on average, this study also brought the attention to the necessity of measuring real-time individual parameters with an affordable mobile device, which is becoming more and more important in individualized diagnose and precision medicine,” Deng said.

This study also points to the potential use of other natural bioactives like green tea beverages (catechins) as weight-loss supplements, and further nutritional studies of weight-loss management.

And for Southwest cuisine lovers, it may just be one more reason to add a little bit more spice into their diets.

As part of its mission of Connecting CommunitiesTM, the organization welcomes community artists to express themselves in any form including music, poetry, dance and more. 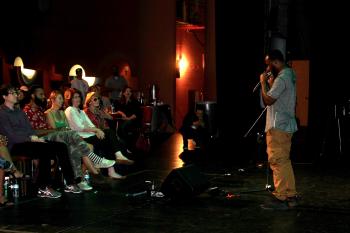 Expressions @ ASU Gammage will take place Oct. 4 from 7:30 – 9:30 p.m. at ASU Gammage. Complimentary food will be provided, and community members are encouraged to perform, or simply take in the Valley’s talent as part of the audience.

Tomás is dedicated to advancing the art of creative practices, spoken word and Hip Hop theatre as platforms for critical engagement, societal transformation and human development. Co-founder of Phoenix’s premiere literary arts and youth development organization, Phonetic Spit & Critical Engagement Specialist for Mesa Arts Center, Tomás uses critical pedagogy to empower communities to boldly express themselves—from the margins to the core. His work and teaching style are rooted in his quest to live a life of radical love and unlearning the pitfalls of poverty, privilege and hyper-masculinity.