W. P. Carey School of Business is home to 16 programs and disciplines ranked in the top 40 nationwide by US News and World Report

Ranked as one of the top business schools in the country, the W. P. Carey School of Business at Arizona State University is pleased to announce 10 new faculty appointments for the 2017–18 school year.

“This year’s new faculty members come from a variety of backgrounds and are at many different stages of their careers,” said Amy Hillman, dean of the W. P. Carey School and the Rusty Lyon Chair in Strategy. “One thing they all have in common, however, is a passion for business education — specifically, where business education is going and how they can help shape its future. We believe they’ve come to the right place.” 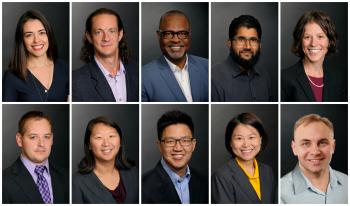 These new faculty members will build upon an already strong foundation of prestigious, dedicated teachers and highly cited and published researchers. As of 2017, the W. P. Carey School is home to 16 programs and disciplines ranked in the top 40 nationwide by U.S. News and World Report.

Matthew Baugh joins the W. P. Carey School faculty as an assistant professor in the School of Accountancy. He received his doctorate at the University of Missouri and examines auditing practices, financial reporting quality, goodwill impairment, merger contracts, and regulatory environments. Baugh received his bachelor’s and master’s degree in accounting at Illinois State University.

Stephie Fried previously served on the faculty of Carleton College, where she taught courses in macro and environmental economics. She joins the W. P. Carey School as an assistant professor in the Department of Economics, and her research focuses on environmental economics and its implications for the macro economy. Fried earned her doctorate in economics at the University of California San Diego.

Basit Zafar, associate professor in the Department of Economics, served for more than eight years in various capacities in the Research Group at the Federal Reserve Bank of New York, and as a visiting faculty member at Princeton University. With a focus on labor economics, economics of education, and household finance, his more than 20 academic articles have appeared in a range of top publications.

Denis Sosyura joins the W. P. Carey School after serving on the faculty of the University of Michigan’s Ross School of Business. After completing a bachelor's degree in finance in his native Ukraine, he earned his MBA at Vanderbilt University and his doctorate at Yale University. As an associate professor in the Department of Finance, his primary research focus is on empirical corporate finance and political economy.

Ni (Nina) Huang earned her doctorate at Temple University’s Fox School of Business. She also holds master’s degrees in both business research and advertising from Michigan State University. As an assistant professor in the Department of Information Systems, her research encompasses marketing, psychology, and economics. Specifically, her work focuses on the behavioral and economic aspects of information technology.

Jessica Pye, assistant professor in the Department of Information Systems earned her doctorate as well as a master’s degree in economics at Georgia State University. Her research looks at the business value of IT in large institutional settings — such as the U.S. electric utility industry and the health care industry — undergoing regulatory change.

Kenneth L. Shropshire, professor in the Department of Management and Entrepreneurship, served for more than 30 years as the David W. Hauck Professor at the Wharton School in the department of legal studies and business ethics at the University of Pennsylvania. Shropshire is the first adidas Distinguished Professor of Global Sport and the founding CEO of the Global Sport Institute, with additional appointments in the Walter Cronkite School of Journalism and Mass Communication, the Sandra Day O’Connor College of Law, and the African and African American Studies program in the School of Social Transformation. His research centers on a wide range of sports-related issues, including sports business, sports business law, sports and social impact, race and the law, negotiations, franchise relocation, antitrust issues, contracts, negotiation and dispute resolution.

Sanghak Lee completed his bachelor’s and master’s degrees in his native South Korea, and earned his doctorate in marketing at Ohio State University. His research centers on direct utility models, Bayesian econometrics, and choice modeling. Before joining the W. P. Carey School, Lee taught marketing research and analytics at the University of Iowa’s Tippie College of Business.

Jonathan Helm, assistant professor in the Department of Supply Chain Management comes to the W. P. Carey School from the Kelley School of Business at Indiana University Bloomington, where he taught patient flow systems management and operations processes. Helm received his bachelor’s and master’s degrees at Cornell University and his doctorate at the University of Michigan.

The Sandra Day O’Connor College of Law at Arizona State University is pleased to welcome a dynamic and diverse group of new faculty members for the 2017–18 school year. A top 25 law school and one of the highest-rated public law schools in the country, ASU Law is continually evolving and expanding its programs as it remains committed to offering an elite education and a pathway to a rewarding ...

The Sandra Day O’Connor College of Law at Arizona State University is pleased to welcome a dynamic and diverse group of new faculty members for the 2017–18 school year. A top 25 law school and one of the highest-rated public law schools in the country, ASU Law is continually evolving and expanding its programs as it remains committed to offering an elite education and a pathway to a rewarding legal career.

ASU Law Dean Douglas J. Sylvester is confident the newest members of the faculty will help continue that growth. 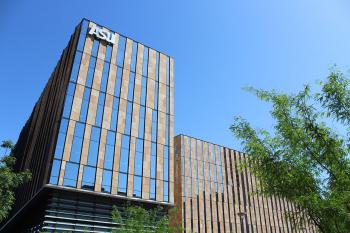 “We are thrilled to be adding such a brilliant and accomplished group to what is already a world-class team of legal minds,” Sylvester said. “The diversity of their expertise and experience will help us evolve as we continue to offer the high-level legal education, incredible opportunities, and successful outcomes we’ve grown to expect.”

The newest full-time members of the ASU Law faculty are: 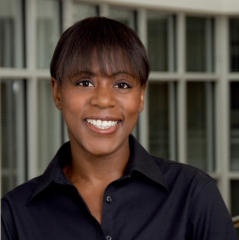 Banks joins ASU Law as a Charles J. Merriam Distinguished Professor of Law. An immigration and citizenship expert, she will be part of ASU’s Southwest Borderlands Initiative, a provost program that focuses on issues related to the Arizona-Mexico border.

Banks most recently taught at the William & Mary School of Law and is a regular contributor to leading American law review journals. 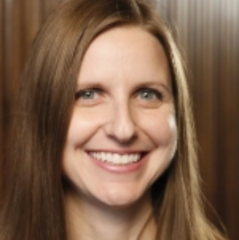 With a wide range of expertise, her scholarship involves the intersection of civil procedure, strategy and ethics, and she has recently taken an interest in the horizontal federalism implications of piecemeal marijuana legalization. 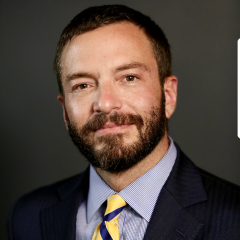 Cohen has represented governmental and quasi-governmental entities, including the Pennsylvania House of Representatives and Senate in various matters before Commonwealth Court and the Supreme Court of Pennsylvania. He recently served as special counsel to the Parliamentarian of the Pennsylvania House of Representatives on issues involving statutory interpretation, and he has served on the Board of Directors for GALLOP (Gay and Lesbian Lawyers of Philadelphia) and the Mazzoni Center, an LGBT wellness organization based in Philadelphia. Gibson has more than 30 years of experience as an attorney, business executive and entrepreneur in the sports and entertainment industries. He has spent more than 20 years in senior leadership roles with major sports organizations, including Major League Baseball and the Naismith Memorial Basketball Hall of Fame. In his eight years with MLB, his roles ranged from an attorney in the Commissioner’s Office to senior vice president in charge of Major League Baseball Properties, the division responsible for licensing, corporate sponsorship, special events and marketing.

Gibson was a faculty associate at ASU Law from 2015 to 2017, teaching courses in sports law and business. Now joining the staff as a professor of practice in the Sports Law and Business Program, he focuses primarily on interscholastic and intercollegiate athletics, including an examination of gender- and racial-equity issues. He also designed a new course focused on personal and business branding for athletes and sports properties.

Gibson graduated with a bachelor’s degree from Bucknell and is a graduate of University of California Los Angeles School of Law, where he was a member and chief comments editor of the law review. Following law school, he was a law clerk for U.S. District Court Judge David W. Williams in the Central District of California, and a teaching fellow at Stanford Law School, where he taught legal research and writing to first-year students. 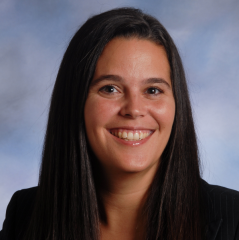 Jarvis joins the Sports Law and Business Program, where she will teach sports strategic career planning and business communications. She is also developing a new course that will focus on the planning and execution of sports big events from a legal and business perspective.

Jarvis also served as associate commissioner and general counsel for the Indianapolis-based Horizon League, where she was in charge of NCAA compliance, oversaw conference championships and worked with student-athlete advisory committees.

After receiving a bachelor’s degree in French language and literature from Northwestern University, she graduated from the University of Cincinnati College of Law. 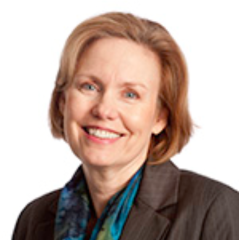 Jones, who had taught as an adjunct professor at ASU Law since January 2016, joins the faculty as a lecturer this fall.

After graduating from law school, Jones completed a clerkship in Federal District Court with the Honorable William P. Copple. While in private practice, she worked in the litigation departments of several law firms, focusing on product liability defense and commercial litigation.

In 2002, after helping Questar Corporation prevail in the trial of a $500 million partnership dispute with another energy company, Jones joined the legal department at Questar, where she became vice president, compliance and corporate secretary.

Kappes owns a law firm that represents clients in patent licensing and enforcement matters in a variety of technical area, including semiconductors, mass media and wireless communications.

He received the first annual Lisa Foundation Award for contributions to the Center for the Study of Law, Science & Technology at ASU, as well as the Hon. Mary M. Schroder Award for federal practice. 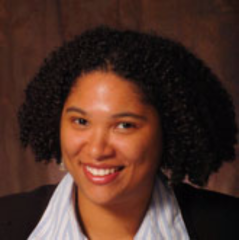 A prize-winning legal scholar, Sahani received the 2014 Francis Lewis Law Center Prize for Excellence in Legal Scholarship and the 2015 Law Alumni Faculty Fellowship Award for Teaching given by Washington and Lee University School of Law.

Sahani participated in the inaugural 2003-2004 class of the Harvard University Management Fellowship Program, during which time she served as the External Relations Fellow in Harvard’s Office of Government, Community, and Public Affairs. 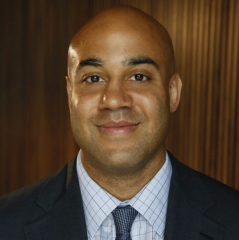 Sellers was an associate professor at the University of Oklahoma College of Law, and a post-doctoral fellow in law and political science at Syracuse University’s Maxwell School of Citizenship and Public Affairs.

This fall he is teaching Civil Procedure and Election Law, a course that will examine the Constitution and its protection of the right to vote, reapportionment, the Voting Rights Act, gerrymandering, the constitutional rights of political parties, campaign finance regulation and election administration.

Before entering teaching, he was a law clerk to Judge Rosemary Barkett of the U.S. Court of Appeals for the 11th Circuit.

Click here to learn more about the ASU Law faculty.