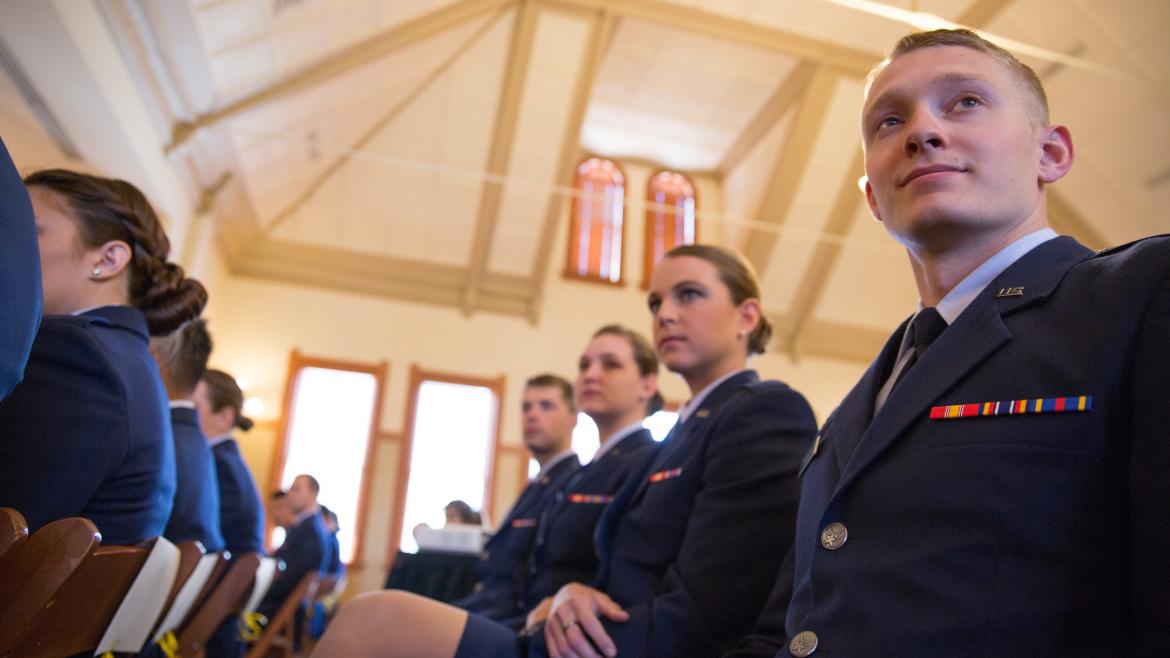 Connecting veterans to IT opportunities

ASU co-hosts IT Awareness Day at Tempe campus, one of a pair of job events focused on giving military vets meaningful work

Military veterans are disciplined, task-focused, team-oriented and get the job done.

These are the same traits required in the information technology field.

Arizona has one of the fastest-growing economies for IT careers, with more than 17,000 full-time career positions currently unfilled, according to experts at ASU and networking hardware company Cisco Systems. At the same time, there is strong need for career support for veterans transitioning to civilian life.

“Far greater than saying to a veteran, ‘Thanks for your service,’ is to hire a veteran and give them meaningful work,” said Benjamin C. Freakley, former commanding general for the U.S. Army and special adviser to ASU President Michael Crow for leadership initiatives at Arizona State University.

“I can train someone to fix a computer, but I can’t train them to show up to work on time, to be a valued member, to be a leader. The military trains and imbues all those positive traits in the men and women who served our country.”

Now ASU and Cisco are hoping to serve veterans by hosting the inaugural IT Awareness Day on Thursday, Sept. 14, at ASU's Tempe campus. This six-hour event starts 1 p.m. at the Memorial Union and will feature Cisco, Amazon, Intel and other prominent members of the community and tech sector. Panelists from veterans service organizations and career representatives from industries such as health care, manufacturing, energy, transportation and logistics will also provide insights into trends in IT, work culture and a look at what the future holds for professionals within the state of Arizona.

Designed with veterans in mind, the free event is open to the public and will be streamed for those who can’t attend in person. Registration is encouraged.

The IT Awareness Day will be followed up by a Nov. 10 hiring event at the Phoenix Convention Center, where job seekers can be pre-matched with jobs and potentially have interviews on the day of the event.

Steve Borden, director of the Pat Tillman Veterans Center, said pairing veterans with the IT and STEMscience, technology, engineering, math sectors is a seemingly natural fit, but a few gaps still do exist.

“Veterans get a lot of hands-on experience using high-tech equipment and are really primed for the IT field because in a lot of ways, it’s what they do in the service,” Borden said. However, he added, often what they are lacking is the civilian-equivalency certification to leverage their experience.

Borden said veterans are also not aware of the importance of branding and marketing themselves as they enter civilian life.

“Joining the military is seen as a selfless service, and an individual trying to advance themselves too openly is often looked down upon and usually does not do well in the military,” Borden said. “Helping veterans in that aspect of transitioning and appropriately advancing themselves in the civilian sector needs to take place.”

The two events were prompted in part by co-sponsor Cisco, a worldwide leader in IT and networking. Its leaders decided at a June 2011 meeting to make it a priority to hire veterans.

“The question asked at that meeting was, ‘We give hundreds of millions of dollars around the world for charitable causes, but what are we doing for our veterans?’” said Michael Veysey, director of veterans programs at Cisco Systems.

Veysey said Vietnam-era veterans such as himself were not often the beneficiaries of today's goodwill, but employers have changed their attitudes over time. He said companies like Cisco recognize the value veterans bring to jobs and are doing what they can to help.

He said Arizona’s veteran population, estimated around 650,000 people, can put the state at a great advantage by sending a message that vets can be a force after their careers in the military.

“We would like to establish Arizona as a national center of excellence for veterans in employment innovation.”

Autumn Hurlbert is returning home to Arizona and taking an entire theater company with her. The actress plays the role of Portia in the Broadway touring company of “Something Rotten!” coming to ASU Gammage Oct. 31–Nov. 5.“Growing up in Arizona, and especially deciding to do this as a profession, I’ve been waiting for this time,” Hurlbert said. “I’ve been waiting to be able to perfo...

Tickets on sale now for 'Something Rotten!' and other select Broadway shows

Autumn Hurlbert is returning home to Arizona and taking an entire theater company with her. The actress plays the role of Portia in the Broadway touring company of “Something Rotten!” coming to ASU Gammage Oct. 31–Nov. 5.

“Growing up in Arizona, and especially deciding to do this as a profession, I’ve been waiting for this time,” Hurlbert said. “I’ve been waiting to be able to perform in my hometown theater. It’s an honor.” 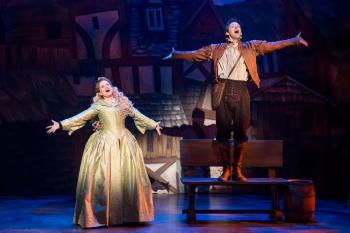 Single tickets go on sale to the public on Sept. 11 for all shows in the ASU Gammage 2017–18 Broadway season with the exception of "Hamilton."

“You can come in with no expectation,” Hurlbert said. “It’s great because it’s original book, original music, it’s an original story, so no ones knows anything about it. Everyone will be surprised and delighted all together, and the music is really wonderful and catchy.”

Hulbert moved to Mesa, Arizona at the age of six. She grew up in the Valley and attended Dobson High School until the end of her junior year when her parents moved the family to Flagstaff.

“I’m really excited to be back in Arizona,” Hurlbert said. “I’m excited to reconnect with people that I went to school with. It’s going to be so interesting to see how much it has changed because New York can feel like a different world sometimes. It’s so far away from, you know, my hometown in Arizona.”

Hurlbert caught the performing bug while living in Arizona. She participated in her school theater, took choir class and performed in local productions. Hurlbert even attended performances at ASU Gammage and remembers seeing “Oklahoma!” at the theater.

“Gammage is such a beautiful facility,” Hurlbert said. “The staff and all of the programs and the season that makes up Gammage is really vital and important to keeping a community connected.”

Hurlbert is on tour with her husband and her son. She is a mother of a two-year-old boy and is thrilled for him to experience the same quality performances and beautiful facilities she did growing up.

“It will be kind of surreal to watch him running around our set and hanging out at Gammage as like a little local,” Hurlbert said. “It will be so special. A true full-circle, wonderful moment for us.”

Hurlbert’s family has had the opportunity to travel all over the United States with “Something Rotten!”

“Seeing so many parts of the world and the country is such a huge perk of our job,” Hurlbert said. “By the time this tour is done, there’s only four states that I won’t have been to, and I might be able to sneak a couple in while we’re on the road, so it could be even less than that.”

Although bringing her family on tour is an adventure, traveling with a toddler while working as a Broadway actress can make for a unique parenting experience.

“I think the beautiful thing about being in this business and having your family, is that it gives you a constant, daily opportunity to stay humble,” Hurlbert said. “When I’m running around, chasing my toddler nobody cares if you’re Katy Perry or your next-door neighbor. When your toddler is screaming through a public space and you have to focus on your family and just be real.”

Hurlbert loves raising her son with her “Something Rotten!” cast members by her side.

“It’s such a good opportunity to stay grounded and not get too self-centered,” Hurlbert said. “It’s just such a good experience for my son to be growing up in this community because the arts community is just such a loving, generous, familial community. We rarely have to ask for help. People are always lending hands. It’s just so supportive and wonderful.”

She hopes the community will come out to support her in a show she feels is incredibly entertaining for all audience members.

“I think it doesn’t matter what mood you come in to see our show, you’re going to walk out with a smile on your face,” Hurlbert said. “It’s just such a funny show. There’s such diverse humor. There’s really something for everyone in the show. It’ll tickle anybody’s funny bone."