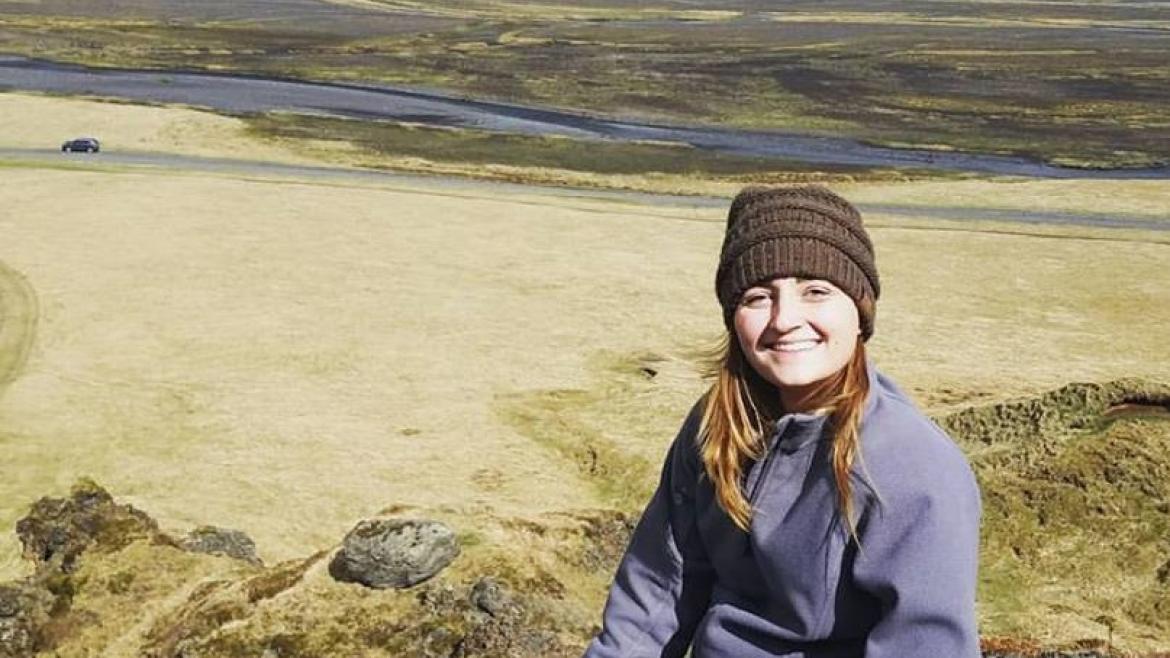 Undergrad travels around the world to conduct sociocultural research

ASU senior Monet Niesluchowski gave Phileas Fogg, the protagonist of Jules Verne’s classic adventure novel “Around the World in Eighty Days,” a run for his money this summer when she traveled to Iceland, Guatemala, Cambodia, Tajikistan, New Zealand, Paraguay and the United Kingdom in just under four months.

But unlike Fogg, the purpose of her grand tour wasn’t to settle a bet. It was to collect data for a pair of research projects — one about global perceptions of fat stigma and the other about water security. They might seem like disparate topics, but for the anthropology-political science double major, they both stand to reveal fascinating sociocultural insights.

Niesluchowski (pronounced kind of like Mike Wazowski from “Monsters, Inc.,” she said) — a student in Barrett, the Honors College, and the School of Human Evolution and Social Change — grew up in Arizona but developed an interest in faraway places and peoples at a young age. 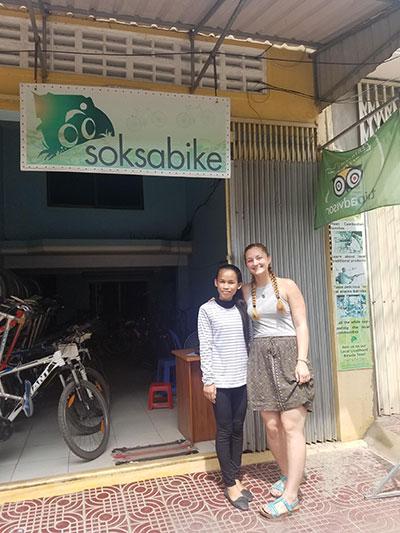 Monet Niesluchowski with a local girl in Battambang, Cambodia.

“My mom is Iranian, but she left Iran right around the time of the revolution in 1979,” Niesluchowski said. “So I’ve always found her stories really interesting, and I’ve always been really interested in different languages, cultural traditions and governmental systems.”

Niesluchowski had some experience living abroad from when she received the Boren Fellowship to study Farsi and Tajiki in Tajikistan from August 2015 to July 2016. The knowledge she gained then came in handy when she returned to the country this summer.

The work she did related to water security involved managing the data collection of 225 household surveys in Tajikistan in the hopes of developing a scale that can be used to measure water insecurity at several sites throughout the world.

“There’s pretty well-established food-security scales … but there isn’t a well-developed water-security scale just yet,” Niesluchowski said. She plans to use some of the data collected over the summer to develop her senior-year thesis.

The work she did related to fat stigma is part of a series of projects led by linguistic anthropologist and School of Human Evolution and Social Change Associate Professor Cindi SturtzSreetharan that consider the forms and functions of language concerning fat stigma in different cultures (for this, Niesluchowski collected data from Tajikistan, as well as the other six countries she visited over the summer).

Niesluchowski was awarded the Barrett Honors Intercontinental Travel Award to participate in the fat-stigma research but had previously worked on similar projects with Obesity Solutions, an ASU-Mayo partnership geared toward studying and finding solutions for the disease. One study she contributed to, titled “The Fat Self in Virtual Communities,” was published in the academic journal Current Anthropology in 2016. 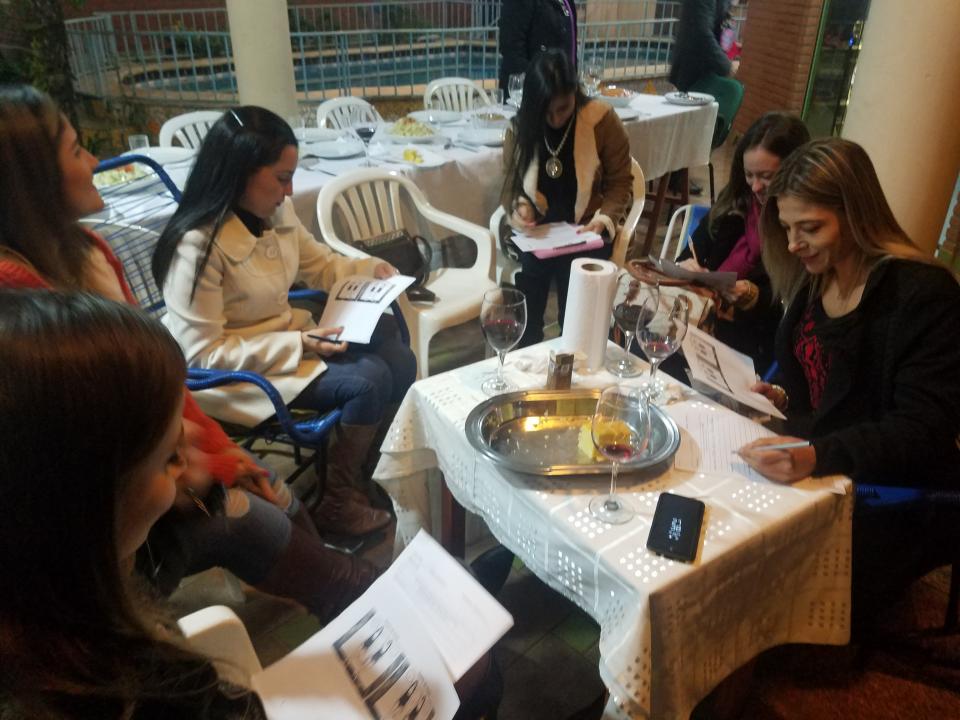 A group of women in Encarnacion, Paraguay, respond to the fat-stigma survey.

Being able to participate in meaningful research as an undergraduate has been invaluable for Niesluchowski.

"Getting involved in research as an undergraduate may be the single most important thing a student can do," she said. "Regardless of the field, learning research methods teaches students how to think critically and process complex theories and complex amounts of information. 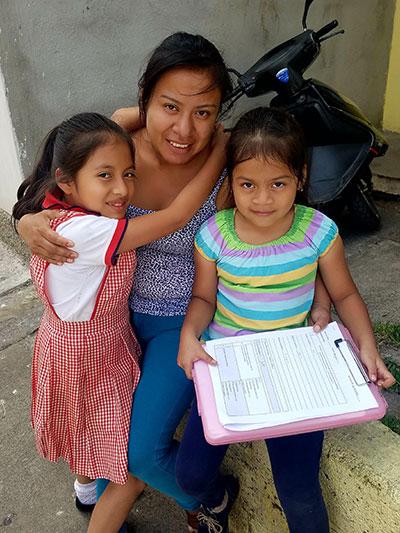 A survey respondent and her two daughters in Guatemala.

One of the lessons she learned firsthand was what kind of challenges to expect in the field, and how to overcome them.

In Iceland, Niesluchowski had trouble finding natives to take her survey. She came up with the idea to recruit participants at bus stops, where she was more likely to find locals. And in Cambodia, when the language barrier posed a problem, she found success by putting the survey online.

There were other encouraging moments: Partway through her trip, Niesluchowski got word that she had to fly back to the U.S. for a quick trip to Washington, D.C. — to accept the Pickering Fellowship, a prestigious award from the U.S. Department of State that provides funding for graduate studies and the offer of a position as a foreign service officer upon graduation.

Niesluchowski said she may defer the fellowship but only long enough to pursue a Fulbright English Teaching Assistant Fellowship in Mongolia. She hopes to one day work in public diplomacy as a foreign service officer.

For now, Niesluchowski has her work cut out for her sorting and analyzing all the data she collected, which she’ll be doing over the next two semesters. She's excited to see what the data reveals but cautious about jumping to conclusions.

"Right now, we're just kind of getting into it, so it's hard to say what concrete findings we'll have until we do more in-depth analyses," she said. "As a social-science researcher I have to be careful about keeping things very unbiased. So we’ll see."

As superstorm Irma continues its destructive path and as residents in Texas and Louisiana grapple with the aftermath of Hurricane Harvey, health-care providers are responding to an onslaught of patients in need of care. Cheryl Schmidt, a clinical professor in Arizona State University’s College of Nursing and Health Innovation, well understands what the communities there are facing.She has been a... 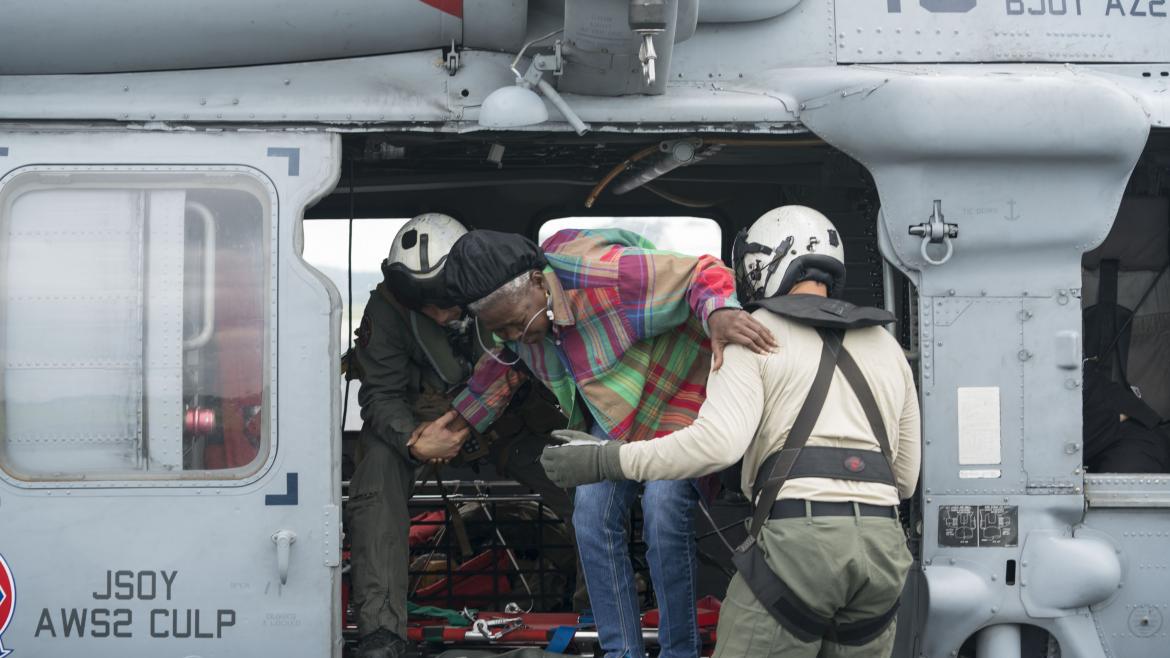 As superstorm Irma continues its destructive path and as residents in Texas and Louisiana grapple with the aftermath of Hurricane Harvey, health-care providers are responding to an onslaught of patients in need of care. Cheryl Schmidt, a clinical professor in Arizona State University’s College of Nursing and Health Innovation, well understands what the communities there are facing.

She has been a volunteer nurse in the American Red Cross since 1974 and served 70,000 Gulf Coast residents in Arkansas who evacuated during Hurricane Katrina. She has taught disaster-preparedness education to health-care professionals, nursing students and community members throughout the United States.

Question: What does a “typical” day look like for health-care providers responding to a major natural disaster like Irma or Harvey? What kinds of issues are they dealing with?

Answer: Health-care providers are most likely facing the same health issues we faced in 2005 during Hurricane Katrina. People with chronic illnesses and disabilities present the biggest challenge, especially if they are forced to evacuate their homes without their medications and supplies. During Hurricane Harvey, volunteers were working 12-hour shifts and sleeping on military-style cots in staff shelters. American Red Cross volunteers provide a wide range of services to people affected by the disaster, including health and mental-health care, helping to replace lost medications and medical equipment, and providing food, clothing and shelter for those who lost their homes or are displaced temporarily by the disaster.

Q: What health problems can arise from a major storm like Harvey or Irma, and how can people protect themselves from those risks?

A: Even people who are generally healthy face several risks during disasters such as the massive flooding in Texas. The biggest risk is drowning after driving through flooded streets. The statement, “Turn around, don’t drown” is ignored too often by people desperate to escape the area.

People who wade through floodwaters may develop skin rashes from the toxic chemicals that are washed out of garages and tool sheds, or from sewage in the water, like they experienced in New Orleans in 2005. It’s important to shower as soon as possible after contact with contaminated water.

Carbon monoxide from portable generators may cause suffocation for those who try to shelter in place at home, so only operate generators outdoors. Once they arrive in crowded shelters, people face an increased risk of respiratory and gastrointestinal illnesses.

As floodwaters begin to recede, standing water may increase breeding of mosquitos. Standing water should be cleaned up as soon as possible, and people should wear mosquito repellant when outdoors.

Q: September is National Preparedness Month, and this year’s theme is, “Disasters Don’t Plan Ahead. You Can.” What can each of us do to prepare ourselves and our families for a disaster?

A: It is easy to become complacent living in areas that face less risk of natural disasters. But any area is at risk for man-made disasters such as apartment fires, overturned tankers transporting toxic chemicals, or even terrorist attacks.

Everyone should make at least a written plan of what they might need if they had to leave their home on short notice and never return. Internet sources such as www.redcross.org and www.ready.gov provide templates for such plans.

At a minimum, we should each have a “go-bag” containing:

Each individual and family should personalize their lists and supplies, preparing them to quickly evacuate the area or to shelter in place.