Maltz has been at ASU since 1997 and active on the University Senate since the 2013–14 academic year. During his tenure with the University Senate, Maltz has served as the chair of the Research and Creative Activities and Curriculum and Academic Programs Committees and served as the Tempe campus Senate president during the 2015–16 school year. In addition to extensive committee experience, Maltz has served his peers on the High Performance Computing Task Force and Academic Integrity Task Force. He is committed to shared governance as he represents each of ASU’s 3,400 faculty members and academic professionals. 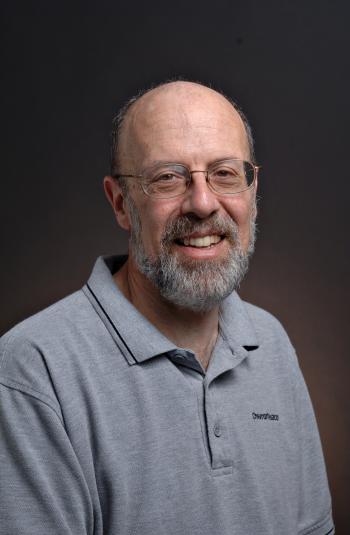 Arnold Maltz, who teaches in the W. P. Carey School of Business' Department of Supply Chain Management, has been at ASU since 1997 and active on the University Senate since the 2013–14 academic year. Download Full Image

Maltz has high goals for the Senate for the new school year.

“We are excited about the upcoming year. I am anticipating we will take on the task of reviewing our online education programs and work towards developing recommendations to help ASU maintain our leadership position in this vital educational realm,” he said.

Maltz also pointed to ongoing work by the Personnel Committee in regards to salary and merit raises, and benefits discussions as they relate to faculty members and academic professionals at ASU.

“Each of our Senate standing committees serves a very important role in the shared governance process, and they will certainly be very busy this upcoming year,” Maltz said.

More information can be obtained at the ASU University Senate's website, usenate.asu.edu.

Tucked inside the University Services Building adjacent to Arizona State University's Tempe campus is a small office with a big job: to prepare the university for major emergencies.Built from the ground up by a former assistant police chief and military veteran, the Office of Risk and Emergency Management in its short five-year existence has transformed the university’s incident-response structu...

Tucked inside the University Services Building adjacent to Arizona State University's Tempe campus is a small office with a big job: to prepare the university for major emergencies.

Built from the ground up by a former assistant police chief and military veteran, the Office of Risk and Emergency Management in its short five-year existence has transformed the university’s incident-response structure from an additional duty within the ASU Police Department to a full-time operation benchmarked by other institutions. 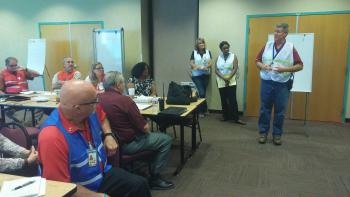 “Over the last several years our footprint for incident management has grown, as we have grown as a university,” said Allen Clark, ASU director of emergency preparedness and the person largely responsible for establishing the university’s current crisis-response structure. “We’ve earned an outstanding reputation because we truly have a model that works.”

Clark’s model takes the ASU organization and from it builds multilevel response teams with access to the resources needed to manage a large-scale emergency, while complying with guidelines established after 9/11. These guidelines standardize response structures and procedures across local, county, state and federal levels to ensure all agencies are able to work together.

“Each campus has an emergency-response team, which we train using the Incident Command System to manage an incident,” Clark said. “Currently, each ERT is led by a dean and staffed with functional reps needed to manage response, information sharing and recovery of any incident.”

Assembled above each ERT (Emergency Response Team) is the executive management group that can direct the necessary resources to help resolve the crisis while providing recommendations to university leadership. The executive group includes reps from ASU’s business and finance department, police, facilities, university technology office, environmental health and safety, risk management, emergency management and others when needed.

“Then finally you have the president’s policy group, the university president’s working group with additional members that would come to bear and provide policy-level support,” Clark said.

During a crisis or large university event, ASU’s emergency operation center (EOC) may activate. The EOC becomes the hub for services while playing host to local, county, state and federal partners that can bring a myriad of resources to the incident.

But responding to a crisis is more than structure and facilities. Everyone involved must understand and rehearse their role. That is why ASU drills its plans multiple times throughout the year on multiple campuses. In between exercises, Clark and his office’s business continuity specialist Melissa Krewson indoctrinate a variety of groups on various aspects of crisis response.

“We train with each campus throughout the year on small drills or just incident command refresher,” said Clark, who is often requested to speak at other universities about disaster preparedness. “Whatever it is, we train.”

During a large exercise in July, teams from all local ASU campuses assembled in Tempe to work through a simulated cyberattack. The drill allowed staff to test existing response plans, policies and procedures. Local partner agencies also attended as participants, controllers, evaluators and observers.

“This was a very successful exercise and the first time we’ve brought all these different teams under one roof,” Clark said. “It allowed us to work face-to-face through the multiple complexities we’ll likely face if our network was hacked. We walked away with some good lessons learned.” 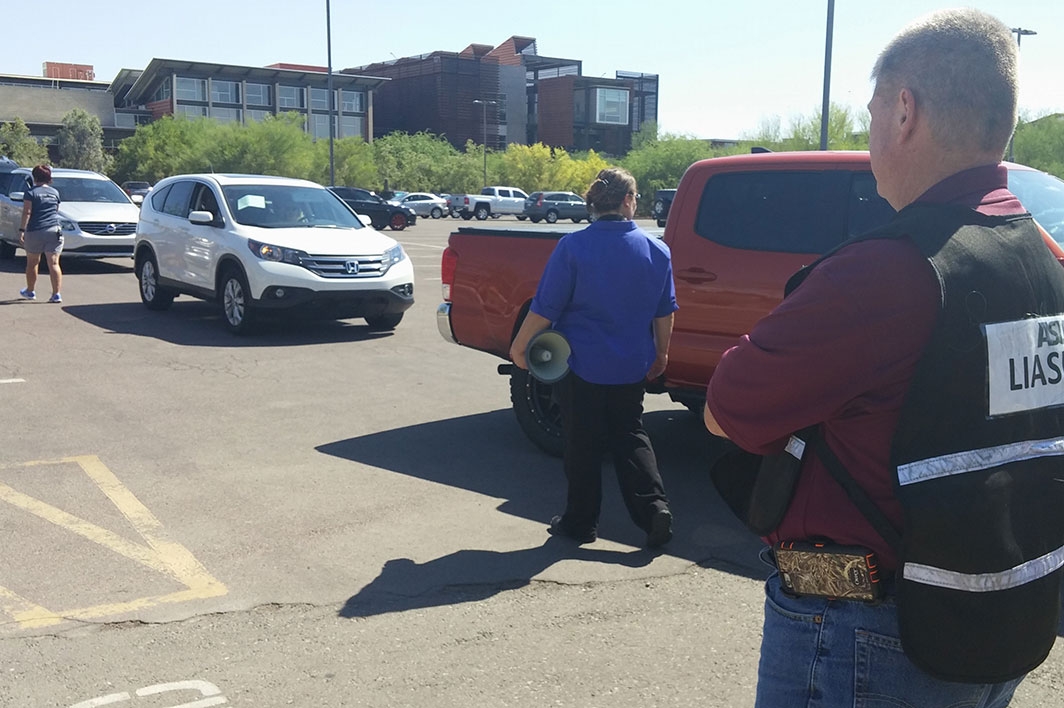 Allen Clark, ASU director of emergency preparedness, observes as parents drive up to pick up their children during a reunification drill with the ASU Preparatory Academy at the Polytechnic campus in May 2016. 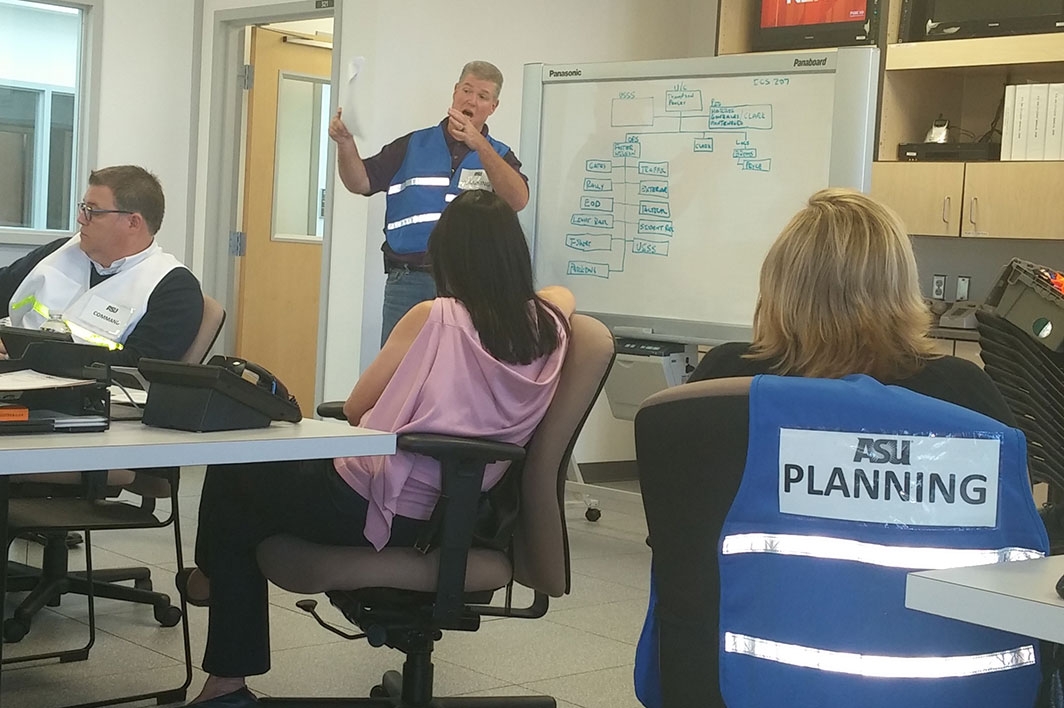 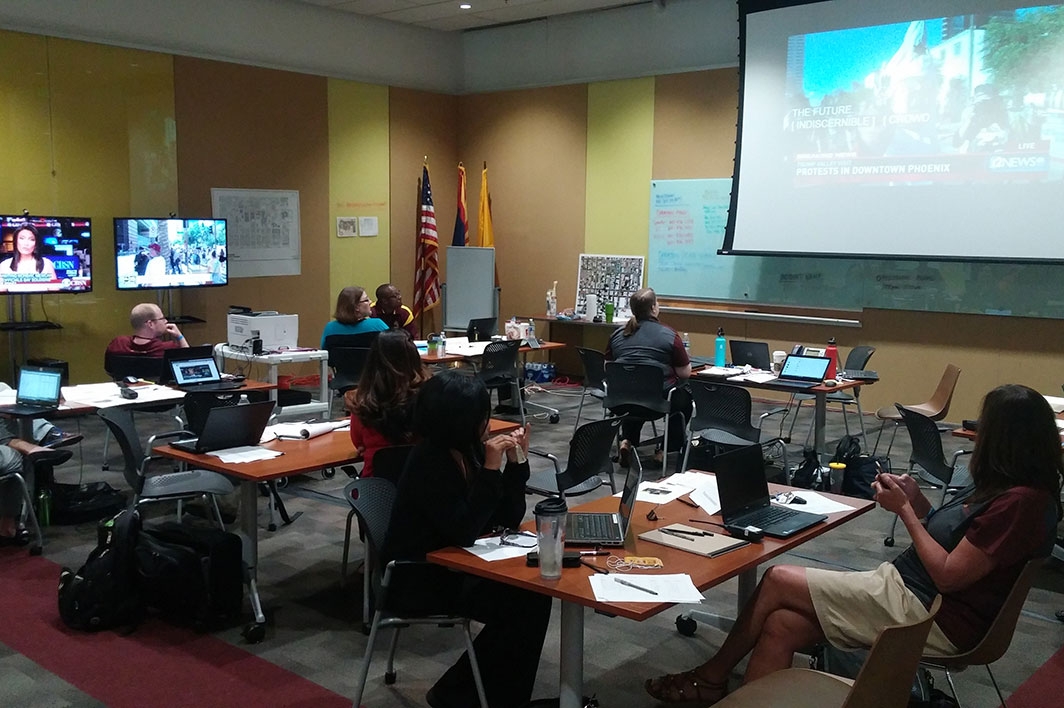 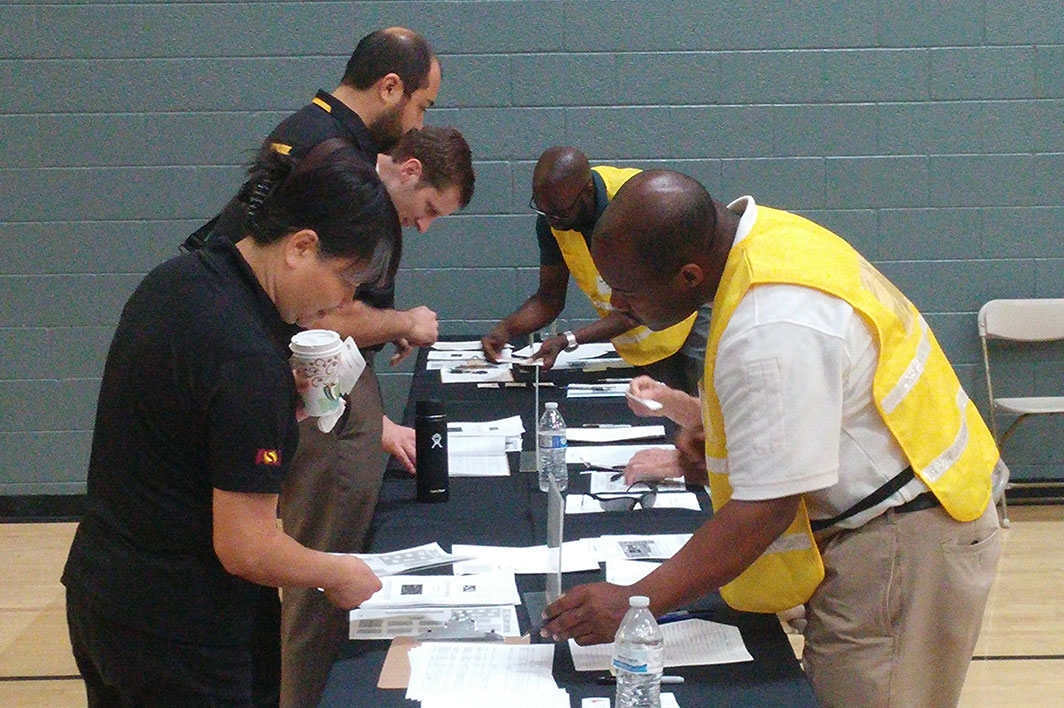 A vital aspect of ASU’s crisis response is “reunification” — the uniting of students with their parents. For example, reunification could be implemented if family members became separated due to an emergency evacuation of a large public venue on campus, such as Sun Devil Stadium. Reunification also may be used if an on-campus incident results in multiple casualties.

“We know, when faced with a serious incident where ASU community members are hospitalized, families will make their way to campus immediately,” Clark said. “So we have created an organized reunification process with pre-designated locations for families to reunify with or locate their loved ones.”

ASU’s Help Center, which typically assists students with technical issues or administrative questions 24 hours a day, has a key role in reunification. Center staff, backed up by partner agencies, will capture information provided by callers and attempt to locate their loved ones in area hospitals if their locations are not know to first responders.

The reunification initiative — born out of an ASU active-shooter exercise in 2011 — was originally built on three pillars, said Deborah Roepke, executive director for the Coyote Crisis Collaborative, an ASU partner and multidisciplinary network that supports robust health-care and other community emergency-management programs. First was the development of a hospital reception-site capacity for all hospitals in Arizona, agreed upon by the Arizona Department of Health Services. Then it was necessary to have community family reunification-center capacity. The final element was emergency call-center capacity. All three elements are now in place.

“I believe ASU is a leader in disaster preparedness,” Roepke said. “ASU is exemplary in terms of its planning, training, structure development, activation process and testing. The concept of locating multiple reunification sites across the Valley is remarkable and should be applauded and copied.

“The leadership involvement and ASU’s investment in its preparedness efforts has been outstanding.”