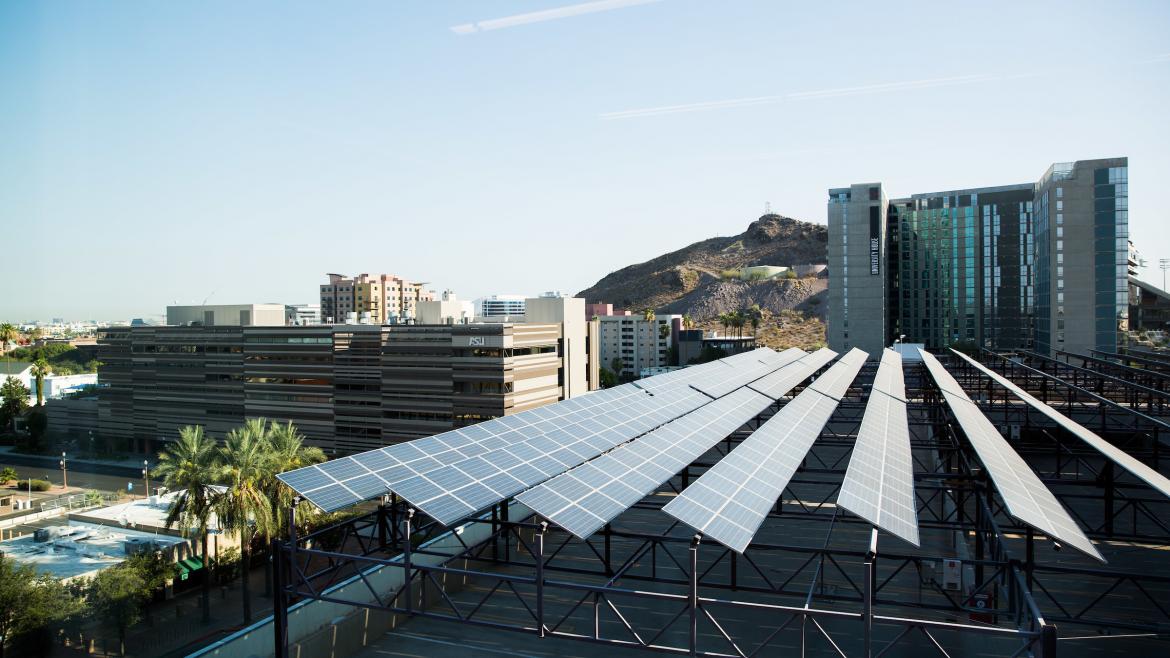 Sierra received complete surveys from a record-breaking 227 schools — in 36 states, the District of Columbia, and for the first time ever, Canada.

This is the third consecutive year ASU has scored in the top 20. The 2017 ranking does not yet reflect the impact of the Red Rock Solar Plant, dedicated in January 2017. Over the course of its first full year in operation, Red Rock will reduce ASU’s total carbon footprint by more than 10 percent.

Each of the schools ranked in the top 20 have displayed a deep and thorough commitment to protecting the environment, addressing climate issues, and encouraging environmental responsibility. Using a customized scoring system, Sierra’s researchers ranked the universities based on their commitment to upholding high environmental standards.

“We continue to be inspired by the creative and innovative ways colleges and universities across the country are working to tackle the climate crisis and move toward a sustainable future,” said Jason Mark, Sierra magazine’s editor in chief. “From powering campuses with clean energy to educating students on new methods of sustainability, it is this leadership that is driving positive change and helping to shape a future that is clean, just, and equitable for all.”

• University of the Pacific (Stockton, California)

“ASU engages its students, faculty and staff with sustainability in a number of ways,” said Mick Dalrymple, director of University Sustainability Practices. “Together with the Julie Ann Wrigley Global Institute of Sustainability and Zero Waste, our office provides the Seeds of Sustainability online training, trivia on inter-campus shuttles, free movie nights, a Green Devils Network and extensive speaker series.”

In addition, ASU President Michael Crow was among 14 presidents from the top 20 schools who signed the We Are Still In pledge to show their commitment to the Paris Agreement.

"Year after year, we continue to see young people leading the fight against the climate crisis and toward a 100 percent sustainable future. That’s why students across the United States and in Puerto Rico are pushing their high schools and colleges to not only divest from fossil fuels but to commit to 100 percent localized clean energy,” said Karissa Gerhke, National Director of the Sierra Student Coalition. “The Sierra Student Coalition applauds these leaders and their schools for their innovation and leadership, and we look forward to working with them as they continue to do this important work.”

The full ranking of 227 colleges and universities, including each school’s completed questionnaire, is online at www.sierraclub.org/coolschools.

Top photo: Solar panels can be seen on the roof of the ASU Foundation parking garage on the Tempe campus. Photo by Deanna Dent/ASUNow

Editor's note: This is part of a series of profiles of fall 2017 incoming ASU students.Arizona State University’s women’s triathlon team started off their inaugural season a year ago by winning a national championship.One of their newest members looks slated to follow that performance by winning right out of the gate, both in the classroom and on the field.Freshman triathlete Rebecca Naughton... 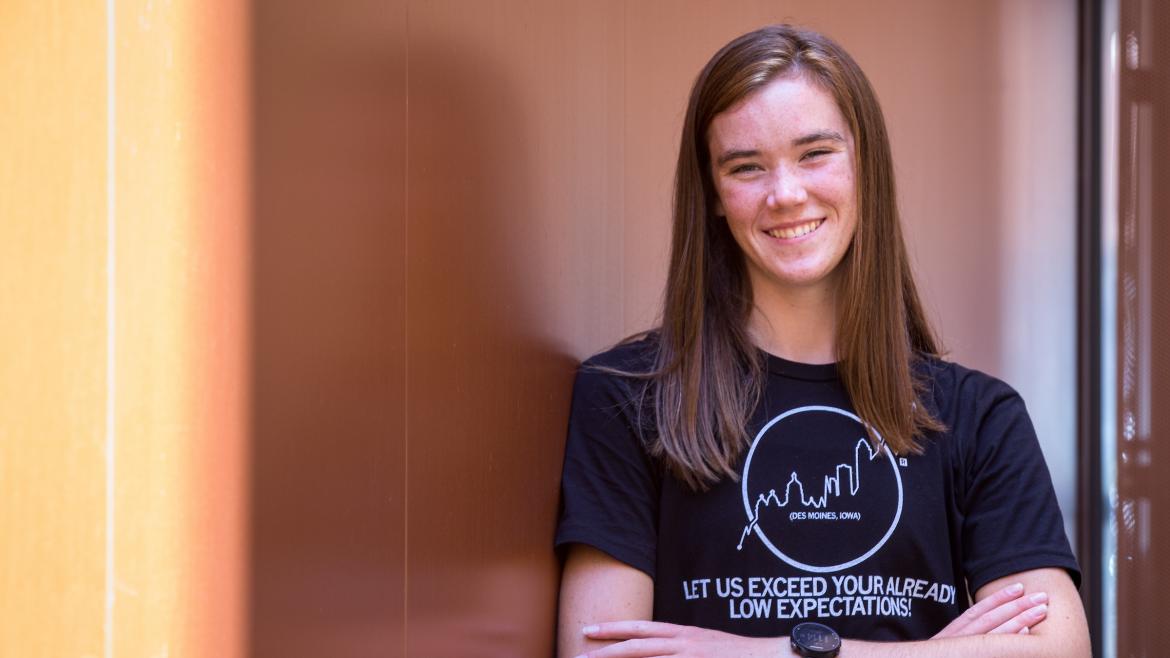 Accomplished triathlete and budding engineer has sights set on excellence

Editor's note: This is part of a series of profiles of fall 2017 incoming ASU students.

Arizona State University’s women’s triathlon team started off their inaugural season a year ago by winning a national championship.

One of their newest members looks slated to follow that performance by winning right out of the gate, both in the classroom and on the field.

“It’s a different kind of challenge,” she said.

Cycling is her strongest event. Her weakest? Swimming.

“I’m going to be spending a lot of time in the pool,” she said.

Naughton was a letter winner in swimming, cross country and track in high school in Des Moines, Iowa. Coming into college, she had won two duathlon national championships, was named 2014 Duathlete of the Year and was a three-time member of Team USA at both world triathlon and duathlon championships. Outside of athletics, Naughton was a member of the National Honor Society and was on the Presidential Honor Roll every semester.

At ASU she is majoring in mechanical engineering. When told about everything engineering students have the opportunity to build at ASU (spacecraft, race cars off-road buggies, hyperloop) and asked what she would like to build, Naughton said, “I would have to go with a plane, a rocket or a bike.”

Answer: The combination of the tri team, the engineering college, the honors college and the warmth.

Q: What drew you to your major?

A: I took engineering classes in high school, so I love them. That’s what I want to continue to do. Mechanical is a little bit of everything, so I didn’t have to choose. I have a broad range of new opportunities.

A: All the classes. I know they’re going to be hard, but I want to see how hard. Meeting everyone. Being on my own time, on my own schedule.

A: In the winter I’ll brag it’s warm. The honors college is beautiful; the food, the campus, everything. I like to brag I live in the nicest dorm with the nicest dining hall. I also get to get away from home a little bit.

A: I hope I bring a love of learning and teamwork, because engineering is very team-focused and team-oriented, so I want to be someone who is a leader, but also someone who learns new things from other people.

A: I don’t really have a TV show; I have a lot of practice. I’m more of a movie person. All the new ones that are out: "Spider-Man," "Baby Driver"; I’m trying to watch the new Netflix movies.

A: I’d love to get a degree and meet a lot of new people and start branching out. Also, keep up the national championship for the triathlon team. They're a great group of girls, and I really want to work hard and be up there with them.

A: I went to Brazil last spring break. It was fantastic.

A: Education. I think everyone should have a chance to go to a college like this or even find out different things they love to learn. Everyone loves to learn, but they don’t always have the opportunity.