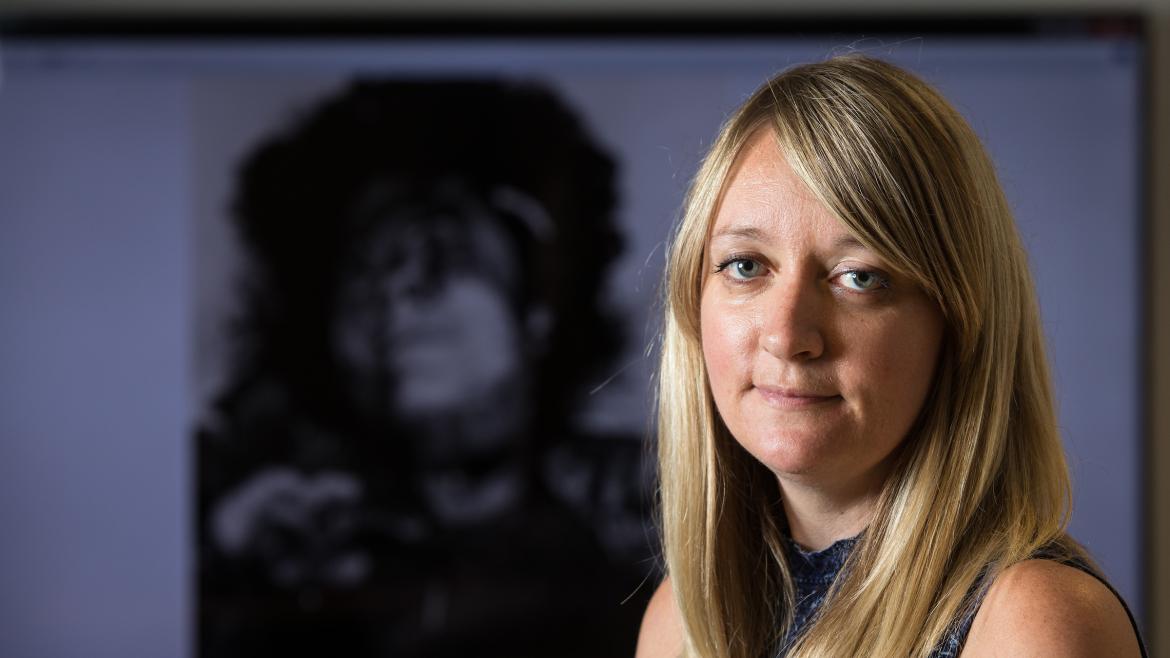 In 1994, three teenage boys were convicted of the murders of three 8-year-old boys in what would become known as the case of the West Memphis Three. Nearly two decades later, they were released from prison following a decision by the Arkansas Supreme Court regarding newly produced DNA evidence and potential juror misconduct.

Evidence from the trial in which jurors found them guilty included gruesome images of the crime scene and the victims, something that stuck with Arizona State University Assistant Professor Jessica SalernoJessica Salerno is an assistant professor in the School of Social and Behavioral Sciences at ASU's New College of Interdisciplinary Arts and Sciences. She is also affiliated with the JD/PhD program in psychology and law, and she is a Fellow of the Lincoln Center for Applied Ethics. after hearing about the case. The case made her want to figure out what factors could cause a jury to make a false conviction. In her most recent study, she added a piece to that puzzle when she found that jurors who viewed color photographs of gruesome crime scenes were 1.5 times more likely to convict than jurors who viewed the same photos in black-and-white.

“So it seems like the color in particular is really what’s making people feel more emotionally disgusted about it, and in turn, voting guilty more often,” Salerno said. “And it’s a pervasive issue because really, any time you have not even just murder but an act of violence, you’re going to have photographs of a person who has extreme injuries.

Her paper on the study, “Seeing red: Disgust reactions to gruesome photographs in color (but not in black and white) increase convictions,” has been published in the new issue of the journal Psychology, Public Policy and Law. It builds on previous research in which she found that a combination of anger and disgust elicited by emotionally disturbing evidence increased juror confidence in a guilty verdict.

To test her hypothesis about black-and-white vs. color crime-scene photos, Salerno recruited hundreds of people from across the U.S. to pose as jurors and had them view 20 minutes' worth of trial evidence from a real murder case that took place in Australia. The victim of the case, a middle-age female, had her throat slit.

“I was specifically interested in how seeing really disturbing, emotionally evocative photographs of a murder victim might affect jurors’ decision-making processes and potentially make them more conviction-prone,” Salerno said. “The reason I was interested in color vs. black-and-white specifically is I thought that black-and-white photographs might be a good solution where jurors get the information about the victim’s injuries and the crime but they get it in a less emotionally disturbing or evocative way, and that that might give them the information they need but be less biasing.”

The results of the study suggest that that may be the case.

Emotion is a tricky thing when it comes to the legal system, Salerno said, and the two have “a very complicated and confusing relationship.”

For example, in cases where a person has already been found guilty and jurors are deciding on the punishment, it may be helpful for emotion to play a role in their decision-making as a sort of barometer to equate how much harm they perceive was done with how much punishment they feel the defendant deserves.

But in the guilt phase of the trial, the question the juror is supposed to be deciding is whether the person committed the crime in the first place. And experts say that is a decision that should not be influenced by emotion because, as psychological research has shown, when you rouse negative emotion, it creates a need to punish, which can be biasing.

In other words, rousing jurors’ negative emotions with violent crime-scene photos may influence them to falsely convict someone just to satisfy their need to dole out punishment for a heinous crime.

“It’s a complicated question of when is emotion informative and when is it biasing,” Salerno said.

And the one who has to decide that, of course, is the judge (or, as Salerno refers to them, the “gatekeeper of all evidence”). Judges can exclude evidence, such as gruesome photos, if they feel the photos’ biasing effect outweighs the information they provide. But it’s a very difficult judgment to make.

“So the goal of these studies was to try and help [judges] make these decisions, to try and provide information for them about potentially prejudicial effects that they can then weigh against the information that they think they provide,” Salerno said.

She had the chance to do exactly that when she testified in her first case recently in Oregon, in which she reported the findings of her latest study. The judge sided with Salerno’s findings, and only black-and-white photos were deemed admissible.

The results of the study have opened a whole host of new questions for Salerno, which she has received a National Science Foundation grant to pursue. She’s interested in whether or not the biasing effect of gruesome photos can be mitigated by giving jurors instructions that call their awareness to it, as well as what happens in the group decision-making process, when jurors have to debate among themselves.

For this phase of her research, Salerno also plans to incorporate physiological measurements, such as heart rate and skin response to see if the photos have an actual physical effect on jurors, and how that might affect their judgement.

“The thing with this kind of research is, as an experimental psychologist, you’re trying to isolate the impact of one factor,” she said. “It’s just a matter of trying to understand emotion’s effects and trying to mitigate them when we can, and when it’s appropriate.”

Top photo: New College Assistant Professor Jessica Salerno looked at how jurors react to black-and-white vs. color crime-scene photos, and whether one or the other makes them more likely to convict. Photo by Charlie Leight/ASU Now

Nowadays, when a person wants to buy something over the internet they will type in their credit-card information, name and address without giving it a second thought. But a single vulnerability in a web application can allow an attacker to steal that personal information.Adam Doupé, an assistant professor of computer science and engineering in Arizona State University’s Ira A. Fulton Schools of...

Nowadays, when a person wants to buy something over the internet they will type in their credit-card information, name and address without giving it a second thought. But a single vulnerability in a web application can allow an attacker to steal that personal information.

Adam Doupé, an assistant professor of computer science and engineering in Arizona State University’s Ira A. Fulton Schools of Engineering, wants to develop tools that can automatically find such vulnerabilities in a web application, so they can be found and remedied before an attacker can exploit them. 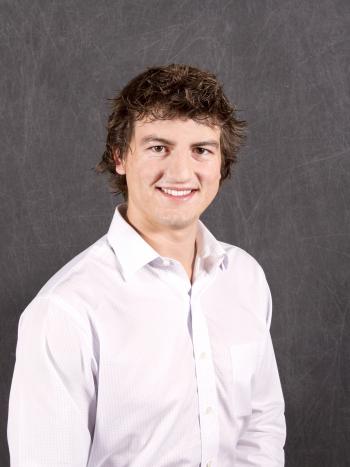 “It turns out that there is a branch of machine learning, called inductive programming, that could help,” said Doupé. “Therefore, the project idea is to apply inductive programming techniques to automatically reverse engineer the source code of a web application, simply through interacting with it, then to identify vulnerabilities in the reverse-engineered source code of the web application. This should result in smarter tools that can find vulnerabilities as well as a human.”

The growing need for secure data solutions keeps research such as Doupé’s in high demand.

“I think that the proposal was chosen because it features the combination of interesting and diverse research areas that are applied to an area with great impact,” Doupé said.

The excitement and potential of innovations helped draw Doupé to ASU.

“Everyone I talked to was positive and excited about their research,” said Doupé. “I knew that I wanted to be a part of the ASU family.”

ASU’s robust support system helped Doupé put together the successful proposal. He credits Steven Ayer, assistant professor of construction management and engineering; Stacy Esposito, director of Research Advancement in the Fulton Schools; and his fellow computer science and engineering faculty in helping to strengthen the proposal.