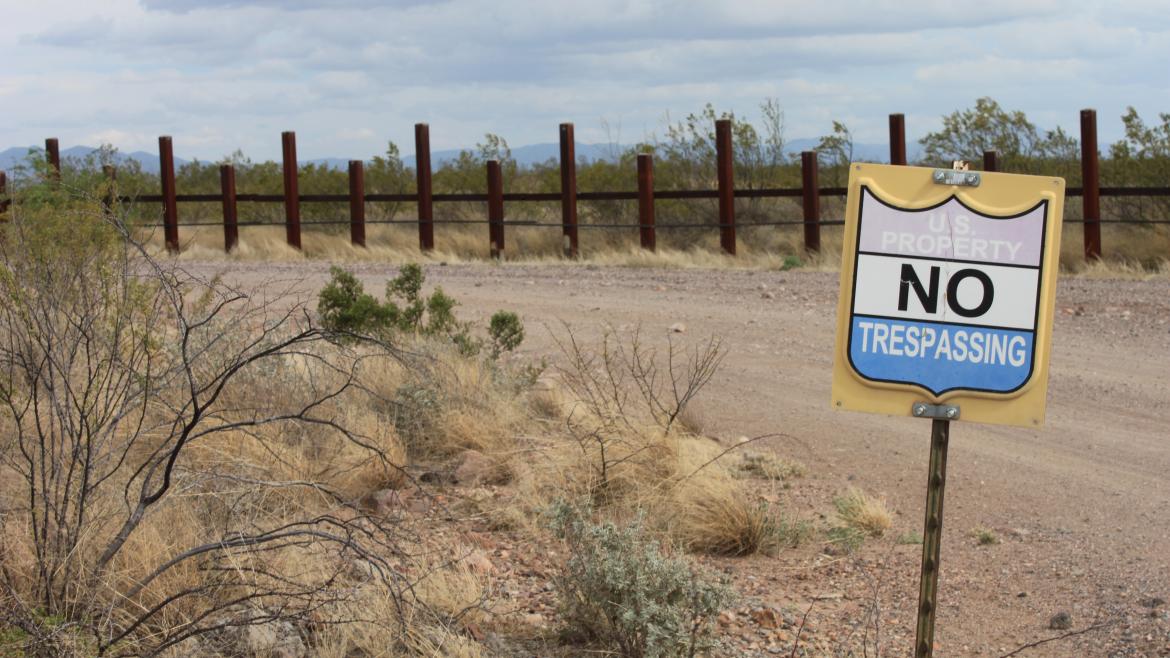 Alexander Avina grew up the son of undocumented Mexican migrants in California, constantly aware that at any moment his parents could be deported, leaving him and his siblings, all American-born, to fend for themselves.

Fortunately, that never happened. But migration, the reasons people do it and the complications associated with it were concepts he became intimately acquainted with at an early age. Later, they became subjects of inquiry and research. Now, they are relevant knowledge he will impart in a new Arizona State University online graduate course this fall called Global Migrations.

“There’s a political and intellectual urgency to teaching this class now, in this moment,” Avina said, “considering the stigmatization of migrants from Mexico and Latin America, and the ongoing refugee crisis in Europe.”

When Avina joined ASU in 2016 as an associate professor of history, facultyAvina said School of Historical, Philosophical and Religious Studies Professors Matthew Garcia and Penelope Moon were instrumental in the creation of the new online Global Migrations course. in the School of Historical, Philosophical and Religious Studies were already discussing the need for a course that considered the historical context of migration on a global level, looking at how it has affected and continues to affect politics, economics, society and culture. As the year progressed and new political landscapes unfolded, ideation became imperative reality.

The 7.5-week courseGlobal Migrations is a Fall 2017 Session B course, beginning Oct. 11. Students can register for the course through the start date. is the first of its kind at ASU. It is unique in that it was created as part of the PLuS Alliance, a tri-continental partnership between ASU, King’s College London and the University of New South Wales in Australia that aims to address global challenges and expand access to world-class learning through online programs.

This fall, the course will feature interviews with faculty from King’s College London about the current state of migration in Europe. As the class progresses, Avina hopes to integrate faculty from UNSW Australia, as well. The goal is for students to gain a more holistic understanding of human migration by learning about what it looks like in various parts of the world, from experts witnessing it firsthand.

Though contemporary issues of global migration will certainly play a role in the curriculum, Avina wants his students to come away from the course knowing that migration and related concepts, like borders and empires, have “long, historical antecedents.” “There’s a dialectical relationship between the past and the present,” he said. “The past never goes away; it continues to shape and influence political policies and decisions that are made today.”

In April of this year, Avina traveled to Douglas, Arizona, to take footage of the U.S.-Mexico border so that students could get an idea of what it really looks like. A local rancher served as his guide, pointing out a spot where there were two or three conflicting border markers; it’s evidence, Avina said, of the reason behind a common sentiment among many Mexican migrants that “we didn’t cross the border, the border crossed us.”

“Borders are fictitious, artificial creations that come out of processes of military conquests and political power, but they have real, material consequences, and in many cases, people are victims of that,” Avina said, adding that today, those victims include citizens of Europe, where the refugee crisis has had huge consequences.

Four main themes will be explored throughout the course, with readings, discussions and videos as supplement. The four themes are: empire, borders, detention and exclusion.

“By giving historical context to those concepts and processes, hopefully we’ll give students a more nuanced understanding as to why these issues have such saliency and political power in the present day,” Avina said.

Teaching kids to be #SciComm filmmakers

A Google search of the hashtag #SciComm will produce countless examples of scientists, artists and teachers discussing the rapidly growing field of science communication. Thanks to camera phones, social media and user-friendly video-editing software, science lovers are increasingly embracing online media as a platform for broadcasting and engaging around new discoveries.Andrew Maynard is a prof...

Teaching kids to be #SciComm filmmakers

A Google search of the hashtag #SciComm will produce countless examples of scientists, artists and teachers discussing the rapidly growing field of science communication. Thanks to camera phones, social media and user-friendly video-editing software, science lovers are increasingly embracing online media as a platform for broadcasting and engaging around new discoveries.

Andrew Maynard is a professor at Arizona State University’s School for the Future of Innovation in Society who provides science communication training. Maynard is especially interested in video techniques and “casual communication,” such as people who casually watch YouTube. Maynard’s own YouTube channel Risk Bites features brief videos explaining the science behind risks. 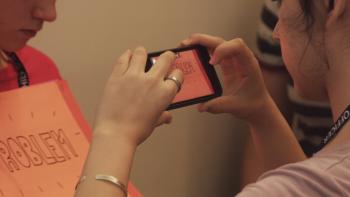 Students at the Chief Science Oficers (CSOs) Summer Institute learn about digital science storytelling by creating simple YouTube videos called "Flip Books." The class teacher, ASU Professor Andrew Maynard, provided each group with a pre-written script about a science topic, then the groups illustrated the story on colored paper. The last step was to film the sketches in chronological order on a camera phone while reading the script as voiceover narration. Photo by Grace Clark/Biodesign Institute Download Full Image

While Maynard appreciates the diverse science content on YouTube, he wishes more of it was produced by professional scientists themselves.

“It’s the place everybody goes these days if they want to learn cool stuff. So, wouldn’t it be awesome if we had more scientists putting their cool stuff on YouTube?” Maynard asked.

That was the simple question Maynard recently posed to a group of middle and high school students at the three-day Chief Science Officers (CSOs) Summer Institute. The camp was held at Grand Canyon University in Glendale, Arizona, and offers CSO students advanced training in science communication, advocacy and career development.

Maynard’s lesson about YouTube science videos was one of several afternoon activities and involved more than 70 participants. Many students admitted they weren’t regular viewers of science videos, so Maynard began the lesson by screening three examples of popular science YouTube channels including ASAPscience, MinutePhysics and SciShow.

Maynard pointed out how many science videos use simple drawings to describe complex behaviors. He next explained that one of the easiest ways to make a science video is with a "flip book" or “flip chart” format, which is made by simply filming a series of hand-drawn sketches accompanied by voiceover narration.

The students’ in-class assignment was to split into groups of 10 and produce a brief “flip book” video using markers and colored paper. Before starting they determined which teammates would be the illustrators, narrators, director and videographer. To expedite their creative process, Maynard supplied pre-written scripts featuring three science stories the students could choose from.

While the activity may sound simple, it actually required the full two hours remaining in the session for most teams to complete the assignment and email their finished films to Maynard. The students screened their final videos at a pool party later in the evening.

The “flip book” activity is an effective technique for teaching storytelling because it provides students with both structure and creative flexibility. Students had fun storyboarding and sketching the science topics, which ranged from endangered condors to wastewater, and added dramatic flair to their voiceover narrations.

“We’re beginning to teach them how they can make videos which are compelling to an audience of their peers. It’s not that hard to make great science videos, but people have got to be shown that it’s possible for them to do it,” said Maynard.

Maynard’s appearance at the science camp is the first part of a series of opportunities for middle- and high-schoolers to be up close and personal with researchers at ASU’s Biodesign Institute. Arizona’s Chief Science Officers will spend a day this fall touring the high-tech, high-science building and learning more about saving the world with science.