Arizona PBS will receive the highest honor given by the Rocky Mountain Southwest Chapter of the National Academy of Television Arts & Sciences for providing innovative initiatives in early childhood education across the state.

The NATAS Rocky Mountain Southwest Chapter will present Arizona PBS with the Governors’ Award in recognition of the efforts of Arizona PBS Educational Outreach, which specializes in supporting educators and students in the classroom and families at home with PBS educational content focused on national, common core and state standards. 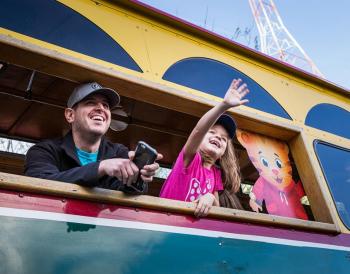 Arizona PBS is receiving the Governors’ Award, the highest honor given by the Rocky Mountain Southwest Chapter of the National Academy of Television Arts & Sciences, for the efforts of the Arizona PBS Educational Outreach team. Download Full Image

The Governors’ Award recognizes individuals and organizations for going above and beyond in the telecommunications profession. Arizona PBS will receive the Governors’ Award at the Rocky Mountain Emmy Awards ceremony on Saturday, Oct. 14, at Chateau Luxe in Phoenix.

“Arizona PBS has a long history of service to the state, and we take great pride in being recognized with the 2017 Governors’ Award for our commitment to education and community collaboration through media,” said Mary Mazur, Arizona PBS general manager. “Winning this prestigious honor is a testament to our station’s commitment to promoting lifelong learning in Arizona.”

Since 2010, the Arizona PBS Educational Outreach team has reached nearly 750,000 families and more than 60,000 teachers and teachers-in-training across the state through large-scale events and special community development workshops.

In January, Arizona PBS launched a 24/7 children’s channel, Arizona PBS KIDS, featuring an array of programming to help young children master important skills, from reading and basic math and science to problem solving and emotional skills. The launch included a children’s festival in which more than 8,000 families with young children visited Arizona PBS and participated in interactive learning games with Educational Outreach.

“We are thrilled to receive this honor and will continue working to enrich the lives of children, students, educators, caregivers and parents,” said Kimberly Flack, associate general manager of Educational Outreach.

This marks the second time in three years an Arizona PBS unit has received the Governors’ Award. In 2015, Cronkite News, the news division of Arizona PBS, and the Arizona Broadcasters Association won the honor for a documentary on heroin broadcast on every major Arizona TV station, reaching more than 1 million Arizonans.

NATAS is a professional service organization dedicated to the advancement of the arts and sciences of television and the promotion of creative leadership for artistic, educational and technical achievements within the television industry. The Rocky Mountain Southwest Chapter, formed in 1959, represents Arizona, New Mexico, Utah and El Centro, California.

Arizona PBS is one of the country’s largest public television stations, reaching 1.9 million households each week on four digital channels and a website. The 56-year-old station has focused on fostering lifelong learning through quality programming, in-depth news and public affairs and critical educational outreach services. Arizona PBS is a member-supported community service of Arizona State University, based at the Walter Cronkite School of Journalism and Mass Communication.

The Arizona State University Center for Mindfulness, Compassion and Resilience is pleased to announce Nika Gueci as its inaugural executive director for university engagement. Nika comes to the center from the ASU Wellness and Health Services Executive Team, where she most recently served as associate director. Gueci believes that the development of skills such as mindfulness and compassion can...

The Arizona State University Center for Mindfulness, Compassion and Resilience is pleased to announce Nika Gueci as its inaugural executive director for university engagement. Nika comes to the center from the ASU Wellness and Health Services Executive Team, where she most recently served as associate director.

Gueci believes that the development of skills such as mindfulness and compassion can lead to lifelong resilience. In her new role, she will leverage and connect student, faculty and staff talent within ASU and the surrounding community with the goal of providing innovative opportunities to engage in workshops, trainings and research that encourages compassion in ourselves and others, leading to a greater resilience throughout our lifespan. The center will be a driving force behind creating a culture of well-being by weaving mindfulness into the fabric of ASU and the larger community. 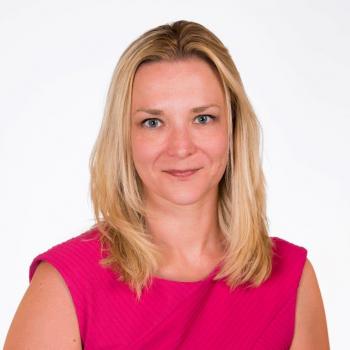 Gueci has been working in college and public health for more than a decade, examining topics from collegiate recovery to suicide prevention. She holds a Bachelor of Arts degree in Russian from Columbia University in the City of New York and a Master of Arts degree in Communication Studies from New Mexico State University. She plans to complete her Doctor of Education in Leadership and Innovation from ASU in 2018.