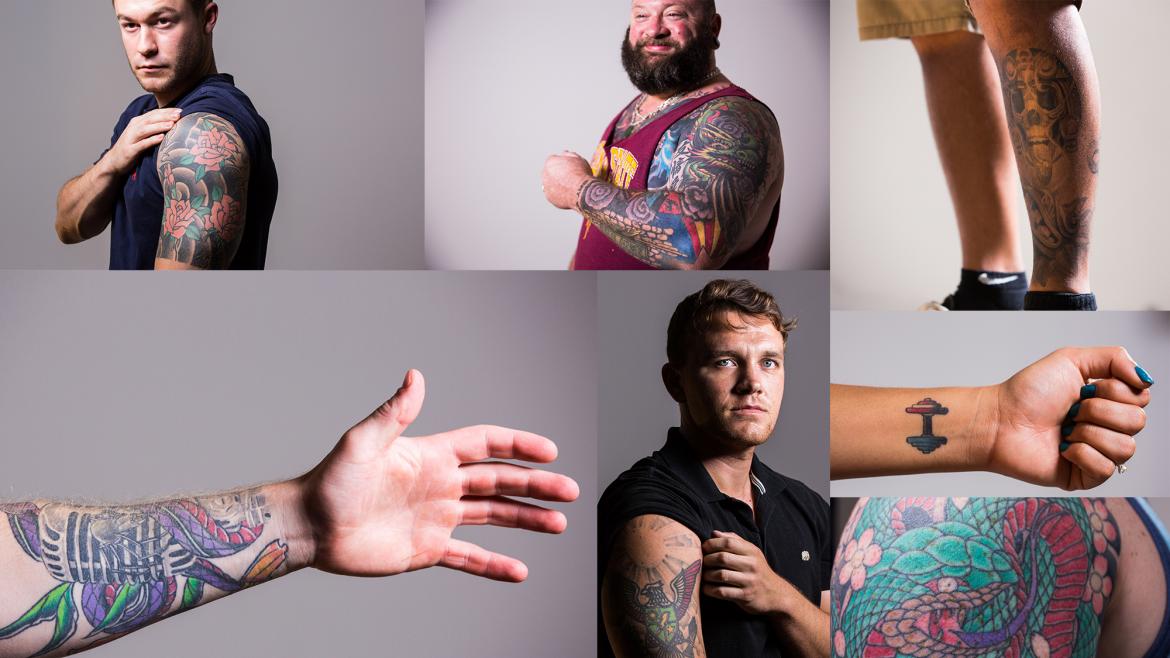 For National Tattoo Day, ASU vets share the stories behind their ink

Military veterans say they get inked for a variety of reasons. They often symbolize loss, patriotism, resistance and sacrifice. Sometimes they’re used to quietly sniff out fellow warriors, but they can also serve as a shield to keep citizens from asking too many questions.

Mostly, they represent a form of self-expression and a permanent reminder of their service — or even just their favorite sci-fi show.

In recognition of National Tattoo Day on July 17, Arizona State University veterans share the stories behind their ink.

“Military people travel all over the world with deployments and duty stations, kind of jumping all around all the time, making new friends and having to leave their old friends,” said Chris Hennessy, a mechanical engineering major at ASU who recently served in the U.S. Marines.

“They want to bring parts of them with them wherever they go.”

Anthropologists have traced the age-old practice of tattooing as far back as 400 B.C., but its American military roots can be found in the Revolution. Tattoos picked up steam in port towns in the 18th and 19th centuries but somehow lost their luster during World War II.

Despite rigorous restrictions in the past, the American armed forces are more accepting these days, and tattoo culture among soldiers appears to be more popular than ever. That goes for the female vets, too.

“I would say it’s pretty common among women in the military,” said Marisa Von Holten, a justice studies major at ASU and Air Force vet. “I got my first tattoo with two other females in the service. One even ended up as my bridesmaid.”

The Walter Cronkite School of Journalism and Mass Communication is a “model for retention, transformative education and inclusion,” a national council said in re-accrediting the Arizona State University program for another six years.The Accrediting Council on Education in Journalism and Mass Communication (ACEJMC), an independent, nonprofit organization dedicated to fostering excellence and hi...

The Walter Cronkite School of Journalism and Mass Communication is a “model for retention, transformative education and inclusion,” a national council said in re-accrediting the Arizona State University program for another six years.

The Accrediting Council on Education in Journalism and Mass Communication (ACEJMC), an independent, nonprofit organization dedicated to fostering excellence and high standards in professional journalism education, found the Cronkite School in compliance on all standards on both the undergraduate and graduate levels. 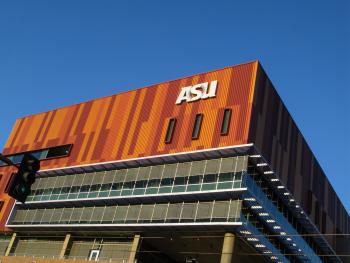 The ACEJMC action followed a review by the ACEJMC Committee, which voted in a public meeting held in Chicago to re-accredit the Cronkite School’s bachelor’s and master’s programs. Both the council and committee agreed with the recommendation of a five-member site team, led by Will Norton Jr., professor and dean of the Meek School of Journalism and New Media at the University of Mississippi, to re-accredit the program.

The site team, which conducted an on-site review of Cronkite’s program in January 2017, assessed the school’s progress over the past six years. In its 55-page report, the team offered effusive comments on virtually every dimension of the Cronkite School and cited no weaknesses.

“The school has built a global institution of learning, innovation and career development that serves working journalists, media businesses, students and society at large,” the report states. “True to the university’s charter, the unit takes ‘fundamental responsibility for the economic, social, cultural and overall health of the communities it serves.’”

“The school is never satisfied with the status quo,” site team members wrote. “Faculty and administrators are constantly reviewing, tweaking and discussing ways to improve the education delivered to students as well as ways to ensure students are especially well prepared and competitive in newsrooms.”

The Cronkite School has dramatically grown since its last re-accreditation in 2011, which was its first as an independent unit at ASU. During the six-year review period, Cronkite assumed operations of Arizona PBS, launched four new degree programs and expanded its professional programs from three to 13, which includes a Washington public affairs reporting bureau, a Los Angeles sports bureau, a borderlands reporting program and a public relations lab, among others.

The school also grew its full-time faculty from 35 to 48 — a 37 percent overall increase.

“The praise for Cronkite faculty was universal,” site team members stated in their report. “Students are not only satisfied but are enthusiastically grateful for the quality of the education and mentoring they receive.”

The site team also called the Cronkite School “one of the nation’s great leaders in diversity and inclusion in journalism and mass communication,” noting the school had managed to “substantially improve on an already impressive record in this area.”

Diversity among the student body increased from 31 percent at the beginning of the review period in 2010 to nearly 40 percent in 2016. Faculty diversity also improved, with people of color representing 27 percent of full-time faculty. During the accreditation period, the school hired 15 new faculty members, more than half of whom are people of color and two-thirds of whom are women. Diversity and inclusion also play a significant part in the school’s curriculum and community outreach efforts.

In April, the Cronkite School was named the recipient of one of the highest honors in journalism education for diversity and inclusion, the Equity & Diversity Award from the Association for Education in Journalism and Mass Communication.

Prior to their visit, team members reviewed an extensive self-study report prepared by Cronkite faculty and staff. During the on-site review, they visited classes and met with faculty, administrators, students and media professionals in the community as well as ASU leadership.