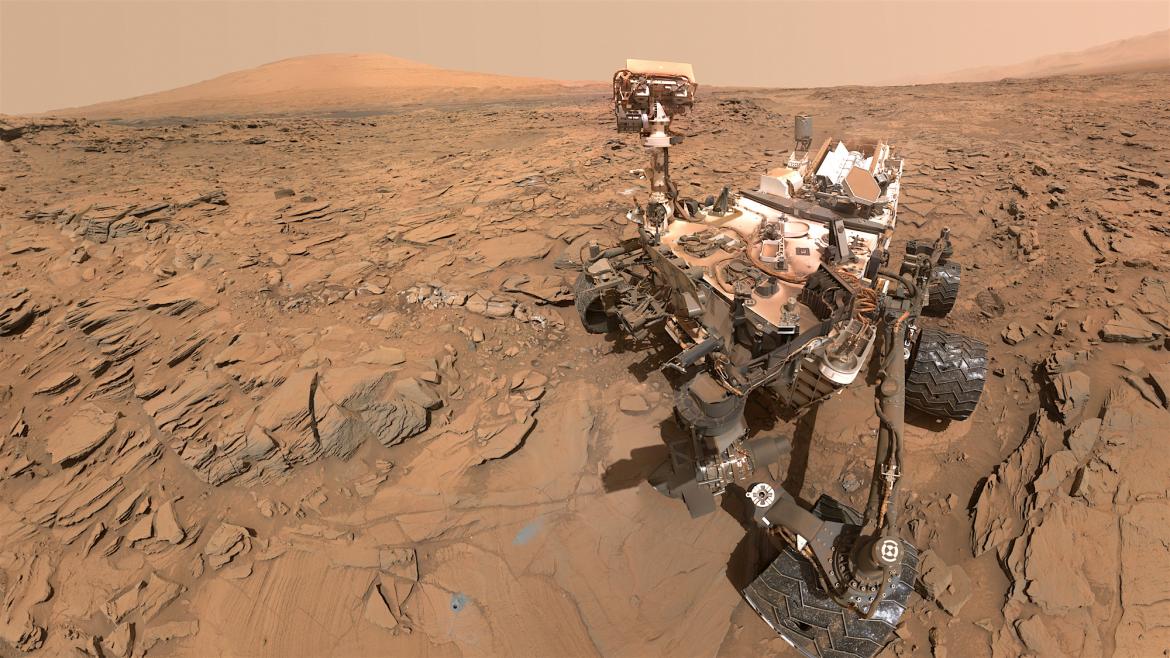 When Apollo astronauts on the moon spoke with Mission Control on Earth, there was a noticeable time gap between a statement from Tranquility Base and its immediate acknowledgment from Houston. The gap lasted almost three seconds, or 10 times longer than human reaction times would account for.

What was happening? The answer is simple: space. The moon orbits far enough from Earth that light (and radio) take 1.3 seconds each way to travel the distance. At exploration targets farther away, the delay increases; for exploring Mars, signals take between 5 and 40 minutes, depending on the varying distance between the two planets.

"During the Apollo missions, the astronauts were making scientific observations and relaying what they saw back to scientists on Earth. Both were collaborating on decisions about observations and which samples to collect and bring back to Earth to yield the most scientific value," said Kip Hodges, Foundation Professor in ASU's School of Earth and Space Exploration.

"This worked reasonably well for lunar explorations, but the time delay is likely to dramatically reduce the quality and scientific value of such collaborations in exploring faraway places like Mars."

So far, Hodges notes, fieldwork is being done remotely on Mars by scientists on Earth using robotic tools such as the Curiosity rover. But it's slow.

"Even though signals commanding observations and measurements take only minutes or tens of minutes to reach Mars, a single research activity on Mars, from command to data return, can take a day or more," he said.

In the June 21 issue of the journal Science Robotics, Hodges and collaborators Dan Lester at Exinetics and Robert Anderson of NASA's Jet Propulsion Laboratory suggest a new approach to scientific exploration that they call exploration telepresence.

"To the extent that much scientific research is a process where awareness drives action," the authors say, "the communications delay between humans on Earth and planetary exploration sites is limiting."

The ideal is to keep these delays, or "latencies," within the length of human reaction times. One approach is to have the astronaut scientists working directly on the surface of a planet. But landing humans and keeping them safe is an expensive and dangerous strategy.

A safer and less expensive approach, according to the authors, may be exploration science using telepresence, a strategy widely used on Earth now for activities as delicate and demanding as surgery.

"Telepresence means humans operating robotic systems from a distance close enough where the delay between human action and the robotic response is a fraction of a second," Hodges explained.

For Mars research, astronauts might go to Mars orbit, but not to the surface. From orbit, the communications travel time would be such that an astronaut/scientist could work with a robotic surrogate, experiencing the surface environment virtually, and doing scientific investigations as if she or he were on the ground.

Moreover, humans in Mars orbit could control instruments in real time at many different sites across the planet. And by preventing contamination of Mars with terrestrial biology, exploration telepresence from orbit also offers advantages over in situ human explorers.

While the authors add that scientific research by humans working directly on the other planetary surfaces is the ultimate goal, exploration telepresence could be an important next step.

“Today we do good science on Mars using long time-delay telerobotics, but we could do much better science much more quickly with humans on the surface,” Hodges said. “Exploration telepresence would be a reasonable compromise until that day comes."

Moreover, he said, "There are important targets for scientific exploration for which we currently don't have the technology to land humans safely. Exploration telepresence could greatly expand the number of destinations where humans can do great science."

Top photo: When scientists control Mars rover Curiosity, the turnaround time from deciding to examine a rock to getting the raw data back from the rover is one day at a minimum, due to the time delay for sending a command and getting a reply from the rover. But astronaut-scientists in Mars orbit could one day control, in real time, telerobotic landers, rovers and other surrogates all over the Martian surface. Image by NASA/JPL-Caltech/MSSS

The biophysics program at Arizona State University mirrors the field itself in both its interdisciplinary breadth and its youth.Biology, under one historical name or another, dates back to the beginning of science, at least as far back as Aristotle’s work in physiology and his categorization of plant and animal species. Physics has an equally long history; coincidentally, Aristotle was also the ...

The biophysics program at Arizona State University mirrors the field itself in both its interdisciplinary breadth and its youth.

Biology, under one historical name or another, dates back to the beginning of science, at least as far back as Aristotle’s work in physiology and his categorization of plant and animal species. Physics has an equally long history; coincidentally, Aristotle was also the first to call the study of motion “physics,” thereby giving the field the name that has lasted in English to modern times. 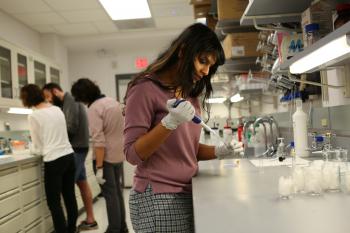 But biophysics is a relatively new branch of science, which uses modern principles from both its parent sciences. It is typically defined as the application of physics principles to solve biological problems and study the processes of life by quantifying them.

Biophysicists have made many advancements in health by studying life at every level, from atoms to organisms and beyond. They discovered the DNA double helix and created fluorescent protein tags to detect and identify biomolecules – both of which catalyze progress in preventing and curing disease.

According to Robert Ros, professor of biophysics in the Department of Physics and director of the Center for Biological Physics, biophysics as a field emerged largely out of research being done in different areas of chemistry, specifically physical chemistry.

“Most of our colleagues don’t work in physics departments,” said Ros, who believes the growth of biophysics as a field has come from many areas, not just physics, including: chemistry, biochemistry and biology.

ASU’s biophysics program began in 2013, meaning students who enrolled in the major as freshmen have just begun to graduate as of the 2017 spring semester. This makes biophysics one of the youngest majors offered on the Tempe campus.

Ros said that ASU takes a unique approach to biophysics because most of the faculty involved come from the Department of Physics and the School of Molecular Sciences — both academic units in the College of Liberal Arts and Sciences. But, he noted, biophysics is primarily its own distinct field.

The growing interest in biophysics has catalyzed the creation of the Center for Biological Physics, which hosts renowned scholars from around the world, as well as a bachelor’s degree program for students who want to analyze life patterns with math and physics to make important discoveries.

The bachelor’s degree in biophysics gives students an education in the skills necessary to pursue fields in chemistry and physics. Banu Ozkan, professor and director of the academic program, said the skills learned in the biophysics program are useful in other fields and can provide a leg up in medical school.

Ozkan said the quantitative knowledge students learn in the program is valuable for medical school because it gives them a set of tools that many from less math-intensive backgrounds lack going into medical school.

But she stressed that the knowledge gained in the degree is useful for a variety of graduate school paths because quantitative knowledge is in demand in the life sciences. Furthermore, she said private industry isn’t turning its nose up at biophysics graduates, especially the biomedical industry, which can put their unique skillset to good use.

Recent biophysics graduate Michael Kim can vouch for the value of the quantitative background and the program as a whole. He’s currently working as a research technician in a neuroscience lab at Harvard and recently applied to the university’s neuroscience doctoral program.

Kim said he was attracted to the biophysics degree because of the program’s small size and the field’s potential for growth. This lends itself to many opportunities for students to learn alongside pioneers of the science, many of whom are at ASU, such as Petra Fromme, who was awarded the Regents’ Professorship in 2015 for her outstanding contributions to the study of protein structures. Her research could potentially lead to new drugs to fight deadly diseases.

Kim’s advice to students interested in pursuing biophysics as a major: take advantage of the small program’s unique benefits. He said he values the education all the more because of the program’s small size and excellent faculty.

“The really nice thing about a new program like this is the fact that there’s a lot of flexibility to it,” Kim said. “It’s very customizable to your needs.”