Will this week’s high temperatures in Phoenix make it into the record book? Can we top 122 degrees Fahrenheit?

We don’t know yet, but as we move through this extreme heat spell, one thing is for certain: The unpredictability of the weather means records will continue to fall, said Randy Cerveny, an Arizona State University President’s Professor in the School of Geographical Sciences and Urban Planning. 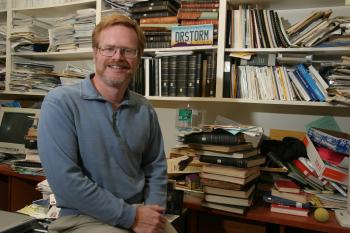 Cerveny is the rapporteur on climate extremes within the United Nations-affiliated World Meteorological Organization (WMO). He is the keeper of Earth’s weather extremes, recording and verifying — or repudiating — weather extremes as they are reported around the world.

Here, Cerveny talks about the current heat spell in the Valley and what it means for the rest of the summer.

Question: Why is it so dang hot right now?

Answer: We have a large upper-air ridge of high pressure centered over our area, in essence a large “heat dome.” Because air in a high-pressure ridge sinks and, as it sinks, warms, and is associated with clear skies, we have the opportunity for substantial warming. Finally, moisture (humidity) in our atmosphere absorbs heat; that’s why places like Florida don’t get up into the 100s. But presently the atmospheric moisture over Arizona is extremely limited, so the air and ground can heat up — in this case tremendously.

Q: When and where is the hottest temperature ever recorded on Earth?

Q: If we were to break the record temperature, does it tell us anything about the way the weather is trending right now?

A: This actually is the normal time of the year when we have our hottest temperatures — just before the onset of the wet phase of the monsoon. In fact, these hot temperatures are needed aspects for creating the shift in winds that allows moisture to flow up from the Gulf of California and the Pacific Ocean. In other words, if it weren’t for these hot temperatures now, we wouldn’t have thunderstorms next month.

Q: Is this a sign of the times, temperatures rising and weather extremes becoming more regular?

A: No, any individual heat wave is not a sign of global warming. But a growing consistency in the occurrence of heat waves (such as mentioned in the last question) is. In other words, as we continue to set new heat records next year and the year after, that is a sign of changing climate.

Q: Why are we fascinated by weather extremes?

A: I think that our culture has always tended to promote the biggest, the highest, the strongest, etc., and that interest has led to great interest in the extremes of weather. Books from organizations such as the Guinness Book of World Records have always captured the interest of the public. Having been fascinated by those type of books as I was growing up, I find it interesting — and a bit humbling — to now be one of the group of experts that Guinness now calls to verify its own weather records.

Q: Will we see more records fall in the future?

Year in review: ASU aviation chair on why heat might affect flights

Editor's note: This story is being highlighted in ASU Now's year in review. To read more top stories from 2017, click here.More than 40 flights in and out of Phoenix Sky Harbor International Airport were canceled Tuesday afternoon because of record heat.Temperatures were expected to hit a record-busting 120 degrees, grounding small regional carriers.Why can’t some planes fly when it’s scorchin... 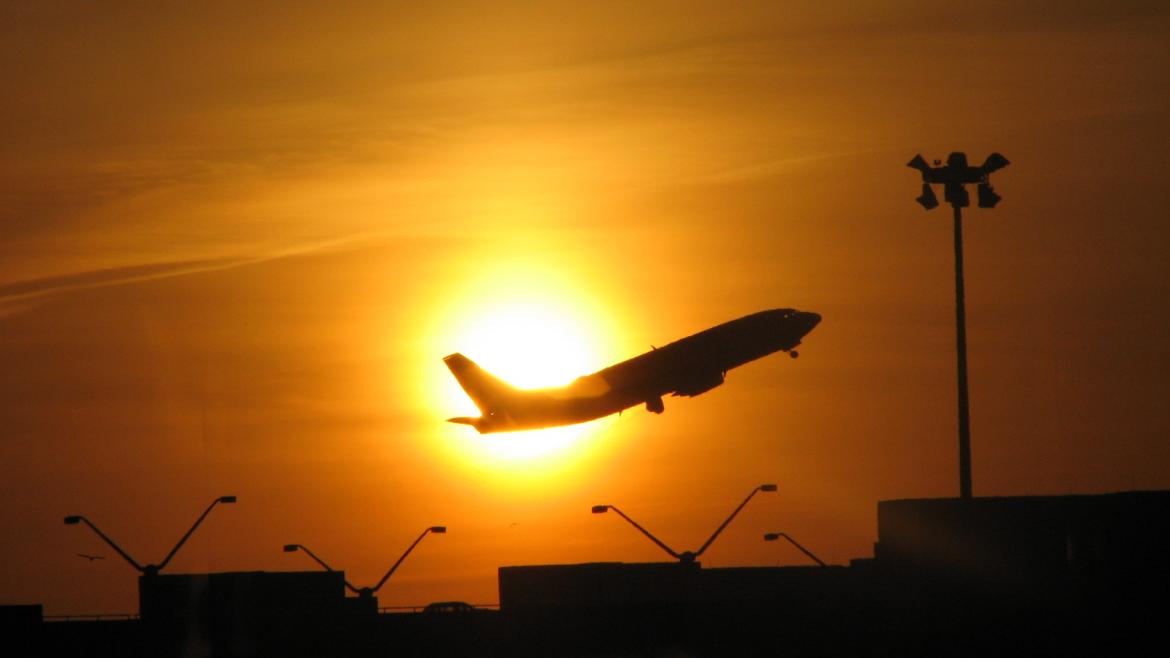 More than 40 flights in and out of Phoenix Sky Harbor International Airport were canceled Tuesday afternoon because of record heat.

The answer is physics. When it’s as hot as 120, the air is thinner. Simply put, the engines have less air to grab onto. They don’t perform as well, the plane climbs more slowly, and it needs a longer runway to hit takeoff speed.

Every make and model of aircraft has its own performance data. Pilots use that data on every flight: takeoff distance, cruise performance, landing distances and so on.

“If you have something too extreme and it’s outside the parameters, it can’t go,” O’Brien said. “The manufacturer would have to assure the aircraft can operate under those conditions.”

It’s something all students in the program learn right off the bat, he said. 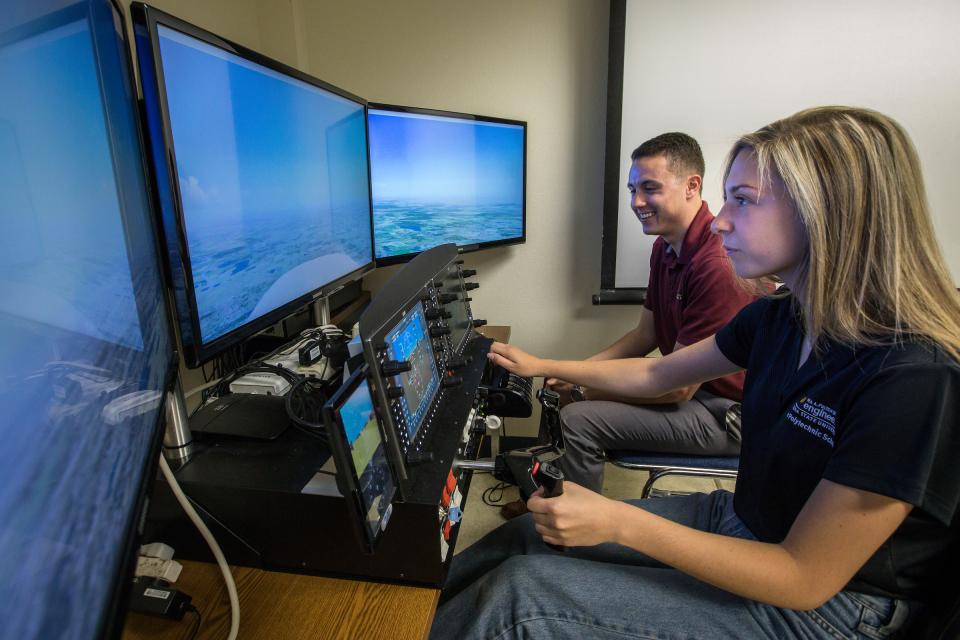 ASU professional flight sophomore Carlee Cramer practices in a flight simulator with senior Trevor Cardey at the Polytechnic campus on Tuesday. Students getting their hours in the single-engine Cessna 172s know they have to take the 6 a.m. class to be assured of air time. The cockpits get too hot by 9 a.m. with no air-conditioning. Photo by Charlie Leight/ASU Now

Should the average traveler at Sky Harbor today be worried?

Only about “finding a cool place to wait around until you can get on that rescheduled flight,” he said.

If there’s the slightest iota of danger, you’re not going to fly.

“That’s the thing we should all be focused on: Both FAA regulations and airline procedures and standardization all are designed to keep people safe,” O’Brien said. “When you get to an extreme, you don’t want to push the envelope.”

Silver lining: If your flight did get canceled, there’s plenty of room at Valley resorts, which are often deeply discounted this time of year.