“There’s an app for that!” has become a common saying that now applies to many aspects in the religious realm, according to Pauline Cheong, professor in Arizona State University's Hugh Downs School of Human Communication.

Cheong would know. She studies communication technologies, culture and globalization — including developments in religious community and authority. 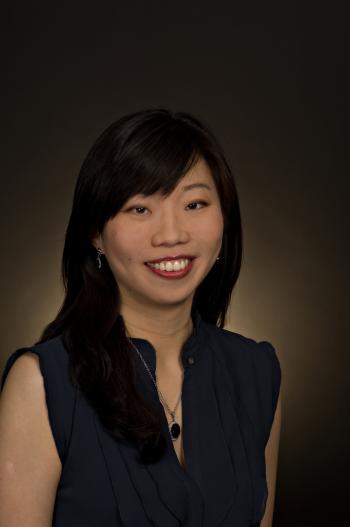 The use of digital technology is also changing the way some religious communities identify, create and maintain religious authority.

With this new nontraditional approach to religious practices, many questions are being asked about the impact and influence that the digital age has on a person’s religious commitment and participation.

Cheong participates in the Berkley Forum at Georgetown University's Berkley Center for Religion, Peace, and World Affairs. The Berkeley Forum is an online space for rigorous debate on critical issues at the intersection of religion, law, ethics, and world affairs.

She shared her research and findings about the influence technology has on faith communities.

“With the swift rise in the use of smartphones and tablet computers, mobile app technologies are ripe for the spread and support of a diversity of religious practices worldwide,” Cheong said. “Mobile apps now facilitate the everyday exchange of religious content just as they are a conduit for personal play and connections.”

According to Cheong, many believe this represents a shift toward individual-centered consumption and networks away from the influence and ties to traditional leadership and religious institutions. Others believe it is expected that religious app practices may serve to challenge or replace offline, real-world counterparts and connections.

“In the introduction of our book, we proposed that apps do not necessarily diminish the traditions and relevant authoritative hierarchies of the church,” Cheong said. “Many religious apps are developed in collaboration with clergy, receive their imprimatur, and connect users to local communities and religious organizations.”

Cheong’s co-authored book, "Digital Religion, Social Media and Culture: Perspectives, Practices, Futures," is a collection of the most current research and reflection on the complex interactions between religion and computer-mediated communication.

“These days churches and temples are creating their own apps and adopting various mediated platforms to build local and global religious communities and reconstruct their authority,” she explained.

There are customizable content management systems available on the market to help religious leaders and members plug-in sermon, news, music, and art content, and arrange their app features to strengthen their church identity or brand.

Cheong believes these apps are not the face of revolutionary change to church norms and structures, but rather an assemblage of real and virtual platform practices.

“It can even be said that these applications complement, amplify, and ultimately thereby reinforce — not replace — religious institutional practices,” she said.

Many church-goers now “log in” to their own accounts via their church website or app in a similar way as one would do in online interactions with commercial outfits.

Church apps provide users with the latest church announcements, daily devotions, sermon downloads, and calendar of events on the go. “MyChurch” apps connect directly to digital and social media platforms, which allow members to share sermon excerpts or Bible verses via email and Facebook, like or comment on Instagram posts, and view YouTube videos from the church. Some apps allow congregational members to reserve their seats in the sanctuary in advance and obtain car parking availability on Sunday.

Cheong revealed that besides increasing and enhancing connections to local church rituals and members, it is crucial to point out how church apps can contribute to “big data” and shape religious behaviors through algorithmic authority.

The interlocking of church apps and social media platforms entails the collection and archiving of vast amounts of data, including members’ personal information and their consumption and donation patterns.

“By downloading and using church apps, users are consciously or unconsciously giving affirmative consent for religious organizations to collect and use personally identifiable information,” Cheong explained.

She confirmed that depending on how the data is handled and analyzed, apps can be configured to support practices and infrastructures that reinforce the legitimacy and influence of the church.

Cheong stated that the contemporary datafication of church life via apps further illustrate an enduring theme in her work — the reconstruction of religious authority, knowledge, and community in times of technological and social change.

Cheong is also co-director of @AsiaMediated, a project at the Center for Asian Research, funded by the U.S. Department of Education. How many events did Sun Devil Athletics host in 2017-18? How many fans attended games in Tempe? This many (hint it is a lot)...