Ryan Garrison, a School of Music alumnus who received a master's degree in choral education in 2006 and a Doctor of Musical Arts in choral conducting in 2013, has been named the winner of a 2016 Grammy Award. The award was as a member of The Phoenix Chorale for "Best Choral Performance (Rachmaninoff: All-Night Vigil)." It is his second Grammy Award in seven years.

Garrison, a baritone, won his first Grammy Award in 2009, also with The Phoenix Chorale, for "Best Small Ensemble Performance for the album Spotless Rose: Hymns to the Virgin Mary." He currently works at Arizona School for the Arts. He is now in the 12th full season with The Phoenix Chorale, and is in his ninth year as choirmaster at The Church of the Epiphany Tempe. 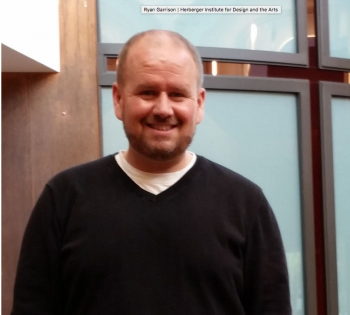 Congratulations to all for this amazing accomplishment!

Academic and professional accomplishments, along with public-service contributions, earned an undergraduate student and an alumnus of Arizona State University’s Ira A. Fulton Schools of Engineering recent awards from the Greater Phoenix Area Engineers Week organization.Daniela Panfil received the Outstanding Engineering Student of the Year Award. Melanie Sikes, a 2004 ASU graduate, received the ...

Academic and professional accomplishments, along with public-service contributions, earned an undergraduate student and an alumnus of Arizona State University’s Ira A. Fulton Schools of Engineering recent awards from the Greater Phoenix Area Engineers Week organization.

The Greater Phoenix Area Engineers Week awards are part of a national effort guided by DiscoverE (formerly the National Engineers Week Foundation) and a coalition of regional groups that work to advance the engineering profession by increasing awareness of how engineers make positive impacts on society.

Panfil, a student in ASU’s Barrett, the Honors College, is expected to graduate in May with degrees in civil engineering and sustainability.

She has maintained a perfect 4.0 grade-point average and earned a number of scholarship awards based on her academic performance, public-service activities and research interests.

At the same time, she has taken leadership roles in student organizations and worked in several engineering intern positions.

Panfil has been a member of the ASU chapter of Engineers Without Borders for three years and its president since May of last year.

She helped lead the chapter’s teams in projects to aid communities in Kenya in managing water resources by establishing a hydraulics laboratory at one of the country’s universities and rehabilitating a dam.

Her internships have included working in waste and wastewater engineering for the Carollo Engineers company in Phoenix, in the water utilities operations of the city of Chandler, as a sustainability manager for a restaurant, and with the Windward Education and Research Center, which seeks ways to achieve sustainable communities.

In nominating Panfil for the Outstanding Student award, Professor G. Edward Gibson Jr., director of the School of Sustainable Engineering and the Built Environment, pointed to her selection as a Stewart and Morris Udall Scholar. He noted that the honor is bestowed each year on only 100 undergraduate students from throughout the United States.

Those chosen to be Udall Scholars must have not only a record of high academic achievement but also show exemplary leadership, a commitment to public service and be pursuing a career involving work to improve society’s stewardship of the environment.

Engineer Gregory Rodzenko, a mentor to ASU’s Engineers Without Borders chapter, applauded Panfil for the multiple abilities she demonstrated in her work with the group — including management, organization and financial skills. Melanie Sikes, a 2004 ASU graduate, received
the award for Outstanding Young Engineer of the Year. 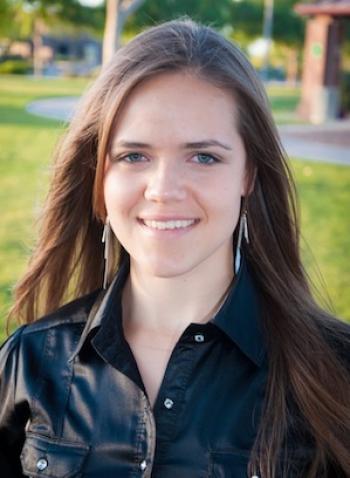 Daniela Panfil, an undergraduate student in the Ira A. Fulton Schools of Engineering, has received the Outstanding Engineering Student of the Year Award. Download Full Image

Sikes, a registered professional civil engineer with Carollo Engineers, was recognized for accomplishments over more than 11 years in project engineering and leadership with a focus on planning, design and construction of water and wastewater infrastructure.

She has made substantial contributions to major projects throughout Arizona, including in Phoenix, Chandler, Mesa, Buckeye, Gilbert, Peoria, Goodyear, Avondale and Tempe.

The Phoenix Engineers Week group commended her passion for professional service, which began as a student leader for ASU’s chapter of the American Society of Civil Engineers (ASCE).

She is the current president of the ASCE Phoenix branch and an adviser to ASU’s ASCE chapter, as well as serving on national and regional committees for the organization’s activities.

Sikes is also a member of the Arizona Water Association’s Young Professionals Committee and is involved in the Arizona Region Future City Competition.

Through her position at Carollo Engineers, she has mentored and guided engineering interns and given college and high school students opportunities to get inside looks at professional engineering in action, said David Seibert, a company vice president and senior project manager.

At her alma mater, “she has provided our students with sound counsel and been a fantastic role model,” said Edward Kavazanjian, an ASU Regents’ Professor of civil engineering.

Sikes is on the organizing committee for the 2018 ASCE Pacific Southwest Conference that will be hosted by ASU.