Amidst constant challenges and threats to the public’s health, the Sandra Day O’Connor College of Law at Arizona State University has received an additional $1 million grant from the Robert Wood Johnson Foundation to continue its efforts to ensure that law plays a critical part in improving community health. 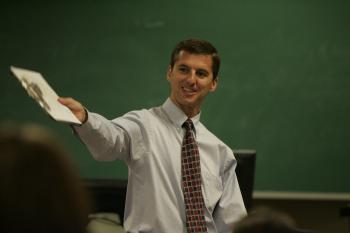 “Protecting the public’s health through effective legal interventions and assistance has never been more challenging or important against a backdrop of downward budgets and continued threats,” said James G. Hodge Jr., director of the Western Region Office and ASU’s Center for Public Health Law and Policy. “Law is a pivotal tool in advancing a culture of health to ameliorate population-based health outcomes.”

The U.S. Department of State approved a $2.8 million grant in April  for Arizona State University that will fund a joint project with Mexico’s most prestigious private university to bring more transparency to that country’s criminal prosecution system.

“Mexican trials traditionally involved interviewing witnesses and then providing written declarations to the judge who would decide the case out of public eye,” said Evelyn Cruz, ASU director of the Immigration Law and Policy Clinic. “In the past several years courts, prosecutors, and to a lesser extent defense attorneys have been trained on oral advocacy which consists of entering evidence into the record, direct and cross-examination of witnesses, and opening, closing statements to the court.”

The grant proposal is to be implemented in three years and will continue to expand the ongoing training while incorporating other new components.

“We will train lawyers for free, but will expect them to pair up with a law student and help with a pro bono case from Tecnológico de Monterrey’s clinic,” Cruz said. “This will allow students to work on their oral advocacy skills before graduation and will also help a person who cannot afford an attorney get access to legal advocacy.”

Cruz said the three-year goal is to have five clinics up and running on the Tecnológico de Monterrey´s campus with a team of volunteer attorneys, including graduates of the program.

“As a leading university in Mexico, Tecnológico de Monterrey and its Escuela de Gobierno y Transformación Pública has been committed to key Mexican judicial reforms over the past years by offering an innovative and practice-oriented undergraduate law program and providing continuous training opportunities for law enforcement officials and public legal practitioners with special focus on the criminal justice reform,” said Doreen Vorndran, director of Local Government Program at the school. “We look forward to partnering with ASU to step up efforts to support the institutionalization of the oral adversarial system in Mexico’s legal education system and to advance competency for a new cadre of current and future lawyers using the system to help crime victims.”

“The Escuela de Gobierno y Transformación Pública has been doing oral advocacy training for practitioners on and off for a few years now,” Cruz said. “They also have experimented with in-house clinics. With that said, the project we are implementing takes their experiences and merges it with ours to create a more robust and sustainable model that we hope will revolutionize legal education in Mexico.”

The potential impact is significant, because two cornerstones of democratic societies are functional courts to give citizens a fair trial, and transparency in the judicial process, said Cruz.

“We hope that our efforts will result in a large number of victims being able to have their interests represented in criminal courts,” she said. “And hopefully, their positive experiences will result in Mexican citizens trusting the revamped criminal process.”