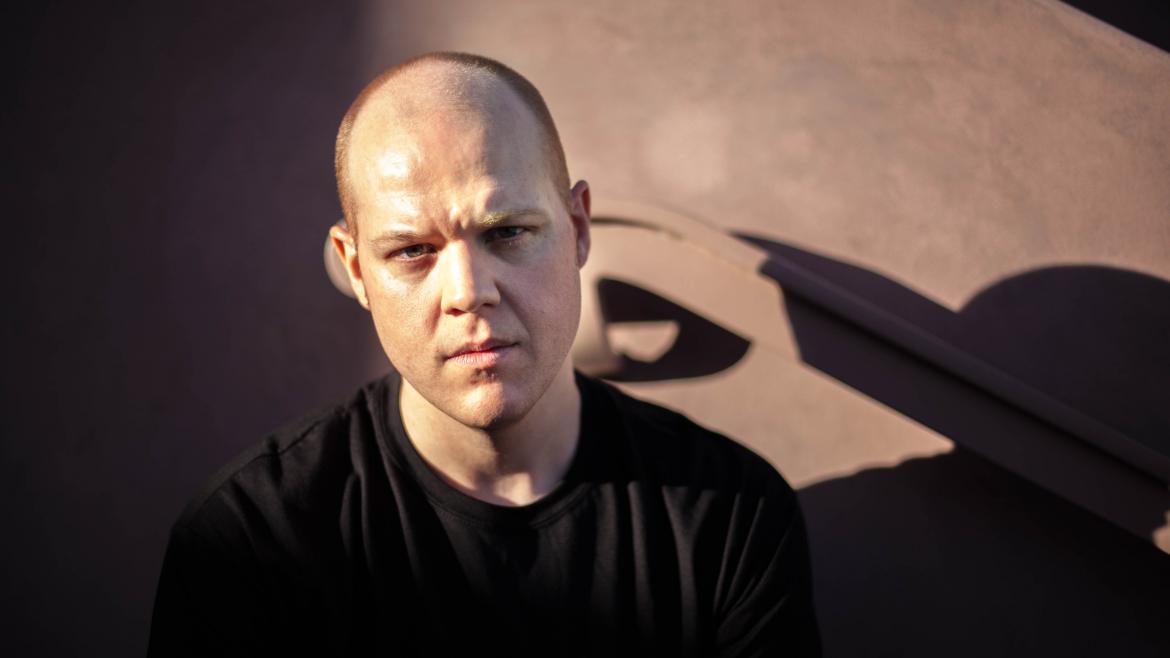 Herberger Institute grad student Jericho Joseph Thomas was born in a “red state,” identifies himself as a Christian and writes about race, sex and faith.

He isn’t exaggerating. His artist statement declares that he “loves to write inside the threat of what could happen.” Given that type of scope and sphere, Thomas’ work goes to some interesting places.

March saw the debut of “Writes,” an original play on narrative ownership, misrepresentation of blacks in fiction and the loss of white privilege. On May 13 he’ll debut “Racy,” at Phoenix Theatre during the Caleb Reese Festival of New Plays and Musicals. The new work explores the crossroads of race and sexuality.

And he recently finished a screenplay called "NevaehHeaven spelled backwards.," which teams the son of an prominent television evangelist with a black female atheist in order to "Robin Hood the Christian right."

The 32-year-old credits ASU for giving him the latitude and encouragement to be creative.

When Thomas graduates on May 8, he plans on a new start. He is awaiting word on a two-year fellowship in his hometown of Tulsa, Oklahoma, working with local artists at the grass-roots level. If that falls through, he said he’s heading to Hollywood to chase the drama once more — this time in television.

“Netflix and Amazon have created a new golden era of television,” Thomas said. “They have demonstrated time and again they are not afraid of hiring playwrights.”

Before Thomas hits the road, he answered some questions about his experience at ASU.

Question: What was your “aha” moment, when you realized you wanted to study the arts?

Answer: Writing and self-producing my first play in New York. It was hard and electric and scary and emotionally fulfilling all at once. Actors and audiences alike were moved by it, and I remember thinking, "Yeah, I could do this forever."

Q: What’s something you learned while at ASU?

A: There is always more to learn about something. Context is key. I have to look at and around and beside and through and behind and ahead of something to understand it.

A: Their dramatic writing didn't force me to choose playwriting or screenwriting, but instead allowed me to move fluidly between disciplines. ASU affirmed and fueled the exciting fact that I am more than one kind of artist.

A: Show up. Classes, events, meetings, commitments, whatever. And always ask for help. Don't stop asking until you get it.

A: The Nelson Fine Arts Center. I learned and created so much in those rooms.

A: Pursuing a career in television writing.

A: You know what's depressing? Every global problem I can think of tackling needs light-years more money than $40 million. But I'll still answer and say racial justice.

Sun Devil Life Tempe campus Herberger Institute for Design and the Arts School of Film, Dance and Theatre Center for the Study of Race and Democracy Convocation Arts Student Community

Maggie Matzinger, a College of Health Solutions nutrition major at Arizona State University, has just completed her semester in Perugia, Italy where she participated in the Food and Sustainability Studies Program (FSSP) offered by the Umbra Institute, an American study abroad program, in partnership with the ASU Study Abroad Office.“Looking at this semester as a whole, every workshop and every f...

Maggie Matzinger, a College of Health Solutions nutrition major at Arizona State University, has just completed her semester in Perugia, Italy where she participated in the Food and Sustainability Studies Program (FSSP) offered by the Umbra Institute, an American study abroad program, in partnership with the ASU Study Abroad Office.

“Looking at this semester as a whole, every workshop and every field trip really showed us the Italian identity and let me experience the Mediterranean diet,” said Matzinger, who has learned to approach food and its nutritional value from new perspectives. 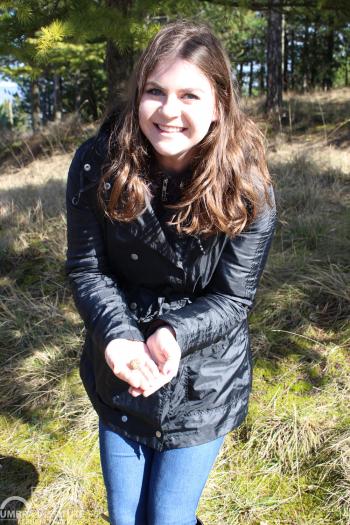 Maggie Matzinger learned the cultural significance of truffles, and how to hunt them in the rolling hills of Umbria. Download Full Image

Matzinger shared that she now views the Mediterranean diet as more of an American construct and that she learned a lot about developing a healthy lifestyle and sustainable living habits through the FSSP and its various accompanying workshops. A key characteristic of the FSSP is that all courses include a series of co- and extra-curricular activities as a supplement to the topics discussed in class. To develop a deep understanding of various food production and sustainability practices, Matzinger spent her semester cooking an antique Roman recipe in Florence; exploring an ancient pharmacy to learn about the medicinal characteristics of food; touring multiple, family-run, organic wineries and cheese producers; working in a synergistic garden; and visiting local farmers’ markets.

When describing her experiences, Matzinger placed high value on her work with a local synergistic orto, or garden that uses plants that naturally protect and nourish each other, which was part of her course in sustainability and food production in Italy.

“We went to the garden every three weeks and learned about permaculture and how plants work together to boost their eco-system,” she explained. She then went on to describe how straw was used in the garden to naturally reduce the proliferation of weeds, and how onions and garlic, when planted near the other plants, served as a natural pesticide.

When Matzinger was not on cultural excursions or engaging in other out-of-class activities, she was enjoying the engaging discussions that frequently filled the classroom.

“I learned so much from what people of different backgrounds shared,” Matzinger said. “Hearing everyone’s opinion makes you really think about and evaluate different aspects of things on a deeper level.”

She emphasized that such conversation was encouraged by her professors, “They really cared about how we were learning and if we were absorbing everything.” She noted that her class consisted of individuals from different schools and disciplines, which fostered enjoyable and complex discussions about topics such as health, food, and sustainability — often involving diet, genetically modified organisms, and DOP products.

Matzinger concluded that her study abroad experience in Perugia taught her a lot about her own lifestyle and consumption habits, while evolving her views of food and nutrition. She now feels that the importance of studying abroad is to both to get to know oneself on a deeper level, and to learn to ask complex questions that provide renewed confidence in one’s field of study.

The Food and Sustainability Studies Program is an interdisciplinary curricular concentration at the Umbra Institute, an American study abroad program located in the central Italian city of Perugia. Often called a “big university town in a small Italian city,” Perugia is the ideal setting to study abroad in Italy, with fine arts, business, and liberal arts courses.

This program is one of more than 250 options in more than 65 different countries offered through the Study Abroad Office at Arizona State University. Students can study abroad for as short as a week and as long as a year to earn ASU credit fulfilling major, minor, elective or general education requirements. Financial aid and scholarships apply for semester programs. For more information about study abroad program offerings, visit the Study Abroad Office website.