Online
Online grad studied urban planning while working in a maximum-security prison.
May 1, 2017

After dropping out of college, Scott Lau knew he needed to earn a degree, and he was drawn to Arizona State University not only because of the flexibility but also the prestige.

Lau, who lives in Sacramento, is earning a bachelor’s of science degree in urban planningin the School of Geographical Sciences and Urban Planning in the College of Liberal Arts and Sciences from ASU Online, and has worked full time while taking classes.

“ASU Online has a lot of credibility,” he said. “When I dropped out of college, I knew I wanted to have some kind of impact on my community, and ASU Online gave me a chance to redeem myself.” 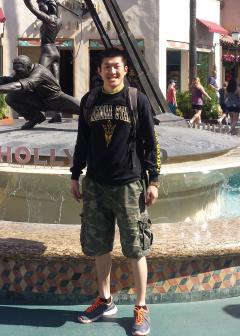 Scott Lau is graduating with a degree from ASU Online.

Lau had attended two University of California schools, for a year each, until he realized he wasn’t interested in engineering.

So he got a job working as a technician at Folsom State Prison, where he dealt directly with maximum-security prisoners. He was considering a career in law enforcement when a botched road reconstruction project in his city made him think about urban planning. And he realized the ASU Online program would work perfectly.

“I’ve gotten so much insight into human nature and psychology and how the environment affects people’s happiness.”

Lau and his parents will travel to the ASU campus for the first time to attend graduation, which he’s dedicated to his grandmother, who died two months ago.

“She came from China and without her, I wouldn’t have this chance at an education.”

He answered some questions from ASU Now:

Answer: The environment that you chose to be in is a determinant in how happy you are as a person. My major in urban planning has emphasized creating, arranging and designing structures in a way that relieves stress and promotes the quality of life amongst others.

It made me realize that the buildings around me were not arranged or built by accident, but due to the hard work of a planner or architect. It changed my perspective, that there is a science to it that gives us a feeling of safety and pleasantness based on the look and design of a building, green space available, and accessibility. The level of comfort that you are in depends on the environment or place you put yourself in.

A: ASU is a world-renowned university. It is a Pac-12 school and is known everywhere for both athletics and academics. It gives me pride and motivation to excel as a student for a school that participates in sports and is often broadcast nationally. In other words, ASU gives me bragging rights. My choice in choosing ASU Online vs. other online schools is the prestige that ASU has.

A: Aspire to inspire before your time expires. Our time in college is limited. Do something that is worthwhile and will get your name remembered. Pat Tillman is remembered all over campus for doing something very remarkable. Look at the impact and things that we are doing now in his name. What can you do that is remarkable and can be famed about? Get out there!

Q: What is your favorite spot to study and think about life?

A: My favorite place to study, meet with friends or ponder the direction that my life is headed to would be my backyard patio. It offers ample sunshine and features a garden of exotic plants with a fish pond. It gives me a nature side of my day and I think about how easy or hard it is to be a fish, or a flower or a bird. Then I switch back to reality and think about the things I need to accomplish.

A: I would focus on the mosquito population control. Mosquitos are not only a nuisance to us, but they also carry a wide range of diseases that are incurable and damaging to the health. Zika virus, the virus that causes pregnant women to give birth to babies with smaller heads/brains, is carried and spread through mosquitos. With the $40 million dollars, I’d invest in mosquito electric zapper lamps and put them in places where mosquitos are in need to control. Electric zappers are the most effective bug killers without the chemicals that could harm others or the environment.

Editor’s note: This is part of a series of profiles for spring 2017 commencement. See more graduates here.First-generation college student Aimee Alvarado is a bit hesitant about learning to drive in the snow when she begins the master’s in anthropology research program at Northern Arizona University this fall. Luckily, she’ll get to experience a bit of warmth before that when she travels to ... 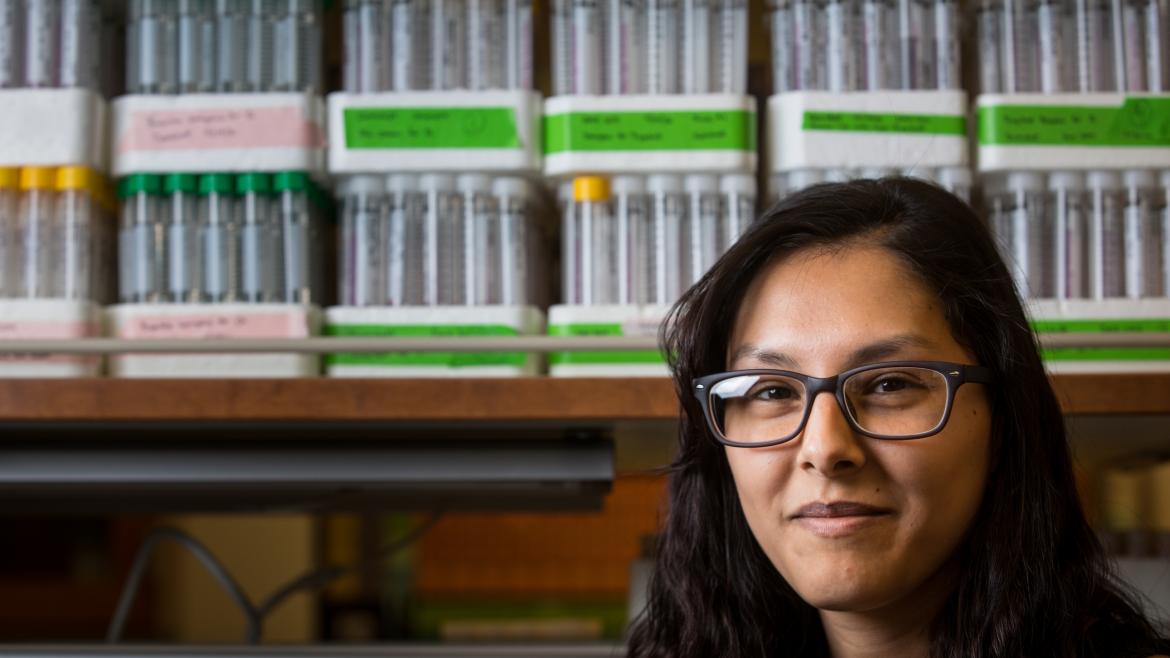 First-generation college student Aimee Alvarado is a bit hesitant about learning to drive in the snow when she begins the master’s in anthropology research program at Northern Arizona University this fall. Luckily, she’ll get to experience a bit of warmth before that when she travels to Belize this summer to develop her thesis.

It won’t be the first time the high-achieving Arizona State University undergrad has gone oversees for her field: Alvarado spent time last summer in Majorca, Spain, excavating thousands-of-years-old structures. And the student in Barrett, The Honors College has been getting her hands dirty at home, too, assisting an ASU grad student with her dissertation at a lab on the Tempe campus by processing teeth and bone samples from a dig site in Mexico.

Anthropology is just something that feels right for her, she said: “It was what I had wanted to do when I was really young, but I didn’t know how to get into it. So once I got [to ASU], it was kind of like, oh, well this is what I want to do.”

A naturally inquisitive person, Alvarado embraced every opportunity to learn more about subjects that interest her during her time at ASU. When she graduates in May, in addition to her bachelor’s in anthropology from the School of Human Evolution and Social Change, she’ll have two minors: one in family and human development and one in transborder and Chicano/a and Latino/a studies, as well as two certificates: one in LGBT studies and one in human rights.

“They’re all just kind of pieces of me,” she said, “and even though I’m not going to pursue them all professionally, they’re part of the socio-cultural aspects of anthropology,” which she feels complements the more physical, archaeological aspect of the field.

Alvarado sat down with ASU Now before jetting off to her next dig site to share what it was like coming into her own as an undergrad.

Answer: I don’t think I really had one. I don’t want to say I fell into [anthropology] but it all just kind of happened within maybe a couple weeks. I added it as a minor first and then I started taking the classes and was like, hey, this is cool. It was what I had wanted to do when I was really young, but I didn’t know how to get into it. So once I got here, it was kind of like, oh, well this is what I want to do. So I just switched my major completely and never looked back. I like it a lot. I like how diverse it is. In anthropology, there’s so many different subfields, and within those subfields, there’s so many different areas you can pursue. I really like that because you can be one thing but you can also shift your direction if you want to.

A: Learning how to fail. That was probably the hardest thing but the best thing that I could learn. Because it was really hard coming from high school and being top of the class, and then you get here and it’s not the same, you don’t learn the same way. That was really hard, but I think it’s what I needed.

A: It wasn’t my first choice, just because everyone was always like, "You have to move away and be on your own in college." But I got to the point after a while where I was like, no, it’s cheaper to stay here, it’s a good education. It’s cool. I love it here.

A: Just keep trying. There are going to be times when you’re tired, but you have to keep going. And it’s all worth it.

A: A lot of things. I do want to get my PhD eventually, and from there, my main goal is to hopefully do research at the university level later on. Maybe teach. Do more research, just in general, I would really like to do that. Mainly Mesoamerican archaeology and everything that plays into Hispanic culture and things like that. But I don’t have a set idea.

More immediately, I’m taking about a month for myself, then I go to Belize in July with the NAU master’s program in research anthropology (which I’ve been accepted to and will be starting in the fall of 2017) to develop my thesis.

A: If I had that money, I’d give it all back to the university for research, honestly. That’s probably what I’d do.