Professor of history Aaron Moore was recently awarded the “Fellowship for Advanced Social Science Research on Japan” sponsored by the National Endowment for the Humanities and the Japan-U.S. Friendship Commission.

The project, “Engineering Asian Development: The Cold War and Japan's Post-Colonial Power in Asia,” will examine the history of Japan's overseas development system in Asia from its origins in Japan's colonial rule over much of Asia before 1945 to its rise as the world's leading aid donor by the Cold War's end in 1989. 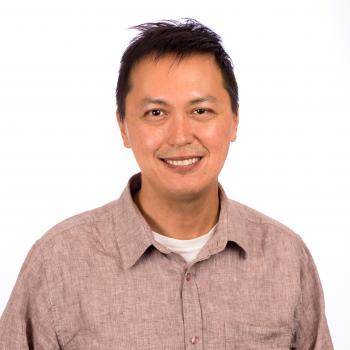 “This award enables me to conduct research that places Japan in a transnational context through the lens of overseas development and the global Cold War,” Moore said. “It will not only enable me to conduct interviews but also perhaps make site visits to completed projects in Southeast and East Asia, and do some archival research in the US. Moreover, by examining private company records, it will help illuminate the history of overseas development from the lesser-known perspective of development consultants and private business rather than government or international agencies.”

In addition, his research will look at the Cold War from a perspective few historians take.

“Finally, this award allows me to analyze the history of the global Cold War from the standpoint of an important actor in Asia — Japan — rather than the usual perspective of the US vs. the USSR and their military/ideological conflict throughout the world.”

With this fellowship, Moore will address issues in two areas: the history of development and Cold War History. Development and poverty alleviation are still major global issues, Moore said.

He aims to answer questions such as: “What role did Japan play in this economic Cold War as America’s key ally in Asia?” and “How did Japanese development practitioners navigate issues in the developing world such as nation-building, ethnic and cultural diversity, civil war, ideological conflict, and dictatorship?” which tend to complicate the history of the Cold War. A history which mostly focuses on the conflict in Europe and sees Asia merely as a place where superpower designs and ambitions played out.

Moore will conduct final stage research in Japan for four months at private company archives and interview the retired employees and development practitioners of multiple organizations.

The remainder of the fellowship will be spent writing up the research into a monograph tentatively titled, "Engineering Growth: Infrastructures of Planning in Japanese Overseas Development," to be submitted to University of Hawaii Press.

Moore’s fellowship begins in September and will end in July 2018.

Project aims to broaden participation in the geosciences

Despite the major contributions minorities have made to the nation’s science efforts, like those depicted in the movie “Hidden Figures,” they continue to lag in STEM fields across the U.S. Rectifying the situation is now seen as critical to the competitiveness of the U.S. in an increasingly science-based economy.A new program involving Arizona State University aims to improve minority repres...

Project aims to broaden participation in the geosciences

Despite the major contributions minorities have made to the nation’s science efforts, like those depicted in the movie “Hidden Figures,” they continue to lag in STEM fields across the U.S. Rectifying the situation is now seen as critical to the competitiveness of the U.S. in an increasingly science-based economy.

The National Science Foundation-funded program Sparks for Change will develop small groups of “change agents” who will learn leadership skills. They will also develop action plans to change departmental culture at their home institutions to recognize and reward faculty efforts that focus on diversity, equity and inclusion.

The goal is to form 10 “triads” — teams of three people — from a range of applicants in postsecondary institutions across the U.S. All of these groups will participate in a Sparks for Change workshop this fall at the University Corporation for Atmospheric Research in Boulder, Colorado, where they will focus on leadership skills that help triad members become change agents in their home geoscience department.

The triad approach will unite a small group of change agents to achieve broader institutional change. They include an early-career minority faculty member and a senior-level faculty member from the same institution, each with an interest in changing their department’s culture concerning diversity. A diversity, equity and inclusion expert, external to that institution, will provide guidance, leadership and an accountability mechanism to the triad.

“We believe that building leadership skills within these small groups will empower the triads to change departmental culture toward rewarding diversity and leading to more recruitment and retention of underrepresented minority faculty, ultimately resulting in a more diverse geoscience field generally,” said Robert Kirsch, an ASU assistant professor of leadership and interdisciplinary studies. Kirsch is a co-principal investigator of Sparks for Change.

He said that there are many benefits of a diverse geoscience field. For instance, a diverse faculty that broadly represents a student body would attract more diverse student participation in the geosciences and cast a wider net for training the nation’s STEM workforce. Further, research suggests that diverse faculty leads to stronger collaborations and more innovative research.

The Sparks for Change project will give faculty the space to explore the unique challenges and opportunities in changing their department to value diversity, as well as formulate their own measurable outcomes to pursue in the two years after the UCAR institute. The triads will be regularly assessed in their progress toward their self-stated goals, Kirsch explained.

“This ‘small group, big change’ approach is novel in broadening participation in the sciences,” Kirsch said. “Rather than top-down diversity training, we believe that building leadership skills within these small groups will empower the triads to change departmental culture, leading to more recruitment and retention of underrepresented faculty in the geosciences.”