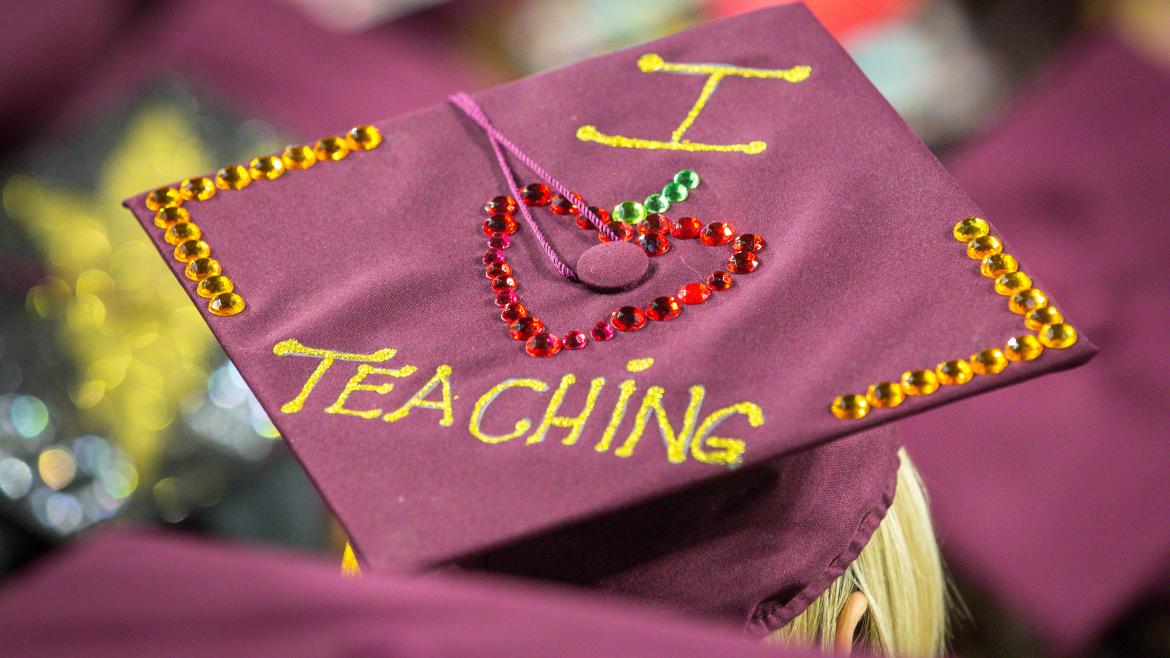 Two of the largest graduate schools at Arizona State University jumped significantly in the latest rankings from U.S. News & World Report, with two business programs ranked among the best in the country.

The Mary Lou Fulton Teachers College ranked No. 11 out of 256 schools evaluated by U.S. News, climbing three spots from last year. The college's graduate program moved up 24 spots since 2012 in the news magazine’s "Best Graduate Schools" annual survey for 2018. ASU's Teachers College was tied with the education school at the University of Texas at Austin and was ahead of those at New York University, Ohio State University and the University of California at Berkeley.

The supply-chain management program in the W. P. Carey School of Business was ranked thirdMichigan State University and the Massachusetts Institute of Technology were ranked first and second in supply-chain management. in the country, ahead of Stanford University, while the full-time MBA program ranked 25th out of the 129 schools U.S. News evaluated, improving 10 spots.

The Sandra Day O’Connor College of Law at ASU, meanwhile, retained its ranking of 25th place from last year. That's out of 197 law schools ranked by U.S. News. It is the 8th highest ranked law school at a public university, ahead of the law schools at the University of North Carolina at Chapel Hill and Ohio State University.

The widely touted set of annual rankings was released Tuesday by the news magazine, which compared hundreds of graduate programs on a variety of metrics.

Carole Basile, dean of the Mary Lou Fulton Teachers College, said that rankings are only one indicator of quality and progress.

“But our trend line makes a strong case that our college has done outstanding work for a considerable period of time. A trend line like that is signal, not noise. It’s worth recognizing and celebrating,” she said.

Melissa Woodward, a graduate student in the Mary Lou Fulton Teachers College, said she chose the higher and postsecondary education program because she knew she wanted an immersive experience and saw the rankings improving every year.

“It’s been a great fit for me, and the faculty associates who teach the courses work in all different areas of the university, so I’ve really seen how higher education functions,” said Woodward, who also is the communications director for ASU’s Graduate and Professional Student Association.

Woodward is enjoying her position as an intern in ASU’s Education Outreach and Student Services department and is interested in student services as a career, possibly as an administrator.

“The rankings place a value on our degrees, are a great way to recruit students and show ASU’s commitment to academic excellence,” she said. “And it’s great to be part of a college that continues to do so well.”

One measure used by U.S. News & World Report to rank the education colleges was research funding, and the Mary Lou Fulton Teachers College tied with Columbia for second-highest research funding at $60.1 million — behind only the University of Wisconsin, which spent $78.6 million.

This year’s full-time MBA students are the first cohort in W. P. Carey’s Forward Focus MBA — an initiative to draw highly qualified students who might not otherwise seek an advanced degree, such as entrepreneurs and non-profit leaders.

Amy Hillman, dean of the W. P. Carey School of Business, said it’s an honor to be in the top 25.

“This ranking confirms the quality of our full-time MBA, but it also reinforces the access to a great education we’re providing with our Forward Focus curriculum and scholarship,” she said.

Among the top 25 full-time MBA programs, ASU was in the top five for highest percentage of graduates employed three months after graduation — 95.1 percent, good for fourth place.

Douglas Sylvester, dean of the Sandra Day O’Connor College of Law, said the school’s ranking is a testament to the quality of the students and the support from the community.

“Despite the tremendous challenges facing legal education, ASU Law continues to thrive and we are honored to be recognized for this achievement,” he said.

U.S. News & World Report did not rank grad schools in public affairs or fine arts this year. Last year, ASU’s College of Public Service and Community Solutions ranked 13th overall, and its city management program was rated fourth in the country. The Herberger Institute for Design and the Arts ranked 20th overall, with the print-making program rated fifth.

U.S. News & World Report releases several higher education rankings throughout the year, most recently rating ASU’s online bachelor’s degree program fourth in the nation. In 2016, ASU was named the most innovative university for the second year in a row.

Mike TuellerWhat does Twitter, one of today’s biggest social media sites, have to do with ancient Greek poetry that was written more than 2,000 years ago?The connections are broader than one might think, according to Mike Tueller, an associate professor of Greek in Arizona State University’s School of International Letters and Cultures.Tueller will be exploring those connections between Twitte... 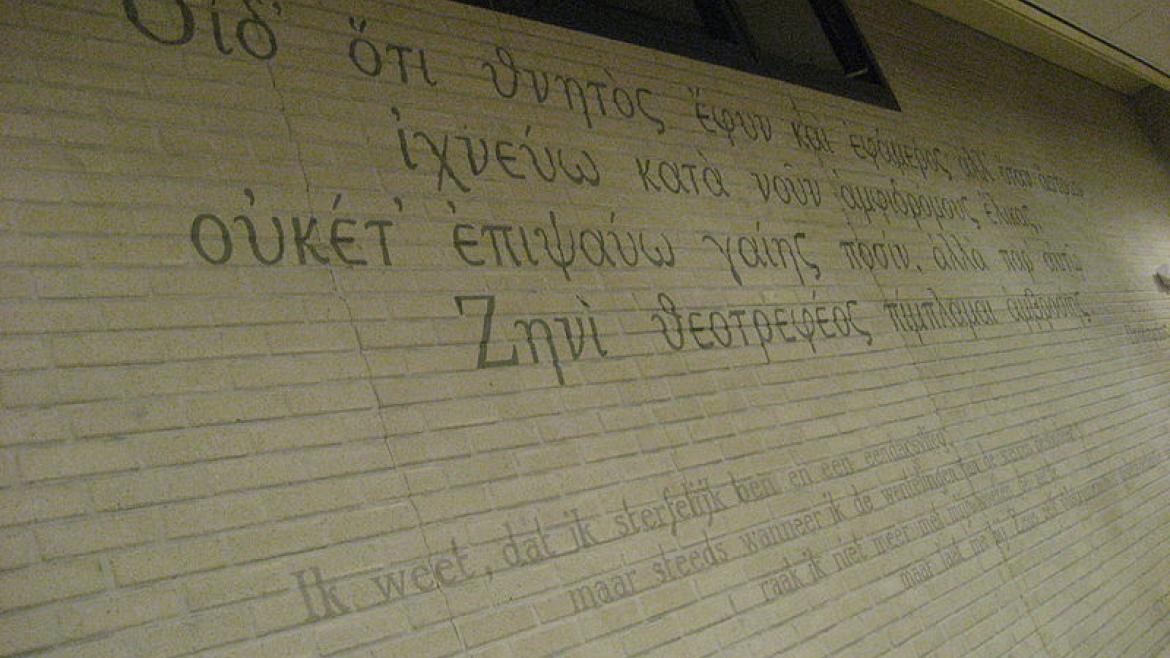 Downtown Phoenix campus
What do Twitter and ancient poetry have in common? More than you might think.
March 14, 2017 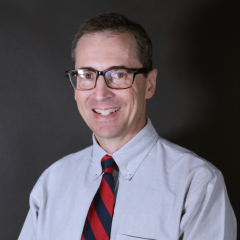 What does Twitter, one of today’s biggest social media sites, have to do with ancient Greek poetry that was written more than 2,000 years ago?

The connections are broader than one might think, according to Mike Tueller, an associate professor of Greek in Arizona State University’s School of International Letters and Cultures.

Tueller will be exploring those connections between Twitter and short Greek poems called epigrams in his talk, “The Original Tweets: Tiny Poems of the Ancient Greeks” at 6:30 p.m. on Thursday, March 16 on ASU’s Downtown Phoenix campus.

“Twitter is a genre that is constrained by technology, very similar to epigrams,” Tueller said. “Some people look at Twitter and think, ‘How can you make any kind of social commentary in such a small space?’”

But “there's always been brief genres and while you can't do everything, you can do some things,” he said.

Tueller is working on a revision of the Greek Anthology (the primary source for Hellenistic epigram) for the Loeb Classical LibraryThe Loeb Classical Library is a series of books that provides access to Greek and Latin literature and is currently published by the Harvard University Press., a project that will take the better part of a decade. His research focuses on the Hellenistic period, when Greek language and culture started to spread across the Mediterranean.

“Professor Tueller combines an absolute mastery of the ancient Greek language with a keen eye for literary detail and sly wit,” said Matt Simonton, an assistant professor in the School of Humanities, Arts and Cultural StudiesThe school is part of the New College of Interdisciplinary Arts and Sciences.. “You will come out of his courses feeling like you've truly earned your newfound knowledge of Greek, but you'll also have heard some good jokes along the way.”

Tueller doesn’t make his jokes on Twitter, but he is a fan of the application. He also finds himself fascinated at how certain things go viral, finding that the fame that comes from that is similar to what writers sought back in the 10th century.

“What makes a tweet good? There are a number of different ways to do it, whether it’s referring to something bigger or making a joke.,” Tueller said. “Epigrams are often that way too.”

The earliest Greek epigrams were inscribed on monuments or offerings at sanctuaries. And just as comedians work today to create “memes,” riffing on top of one another to try and make better jokes, writers of these epigrams did the same thing as they attempted to make new and better meanings.

“They had to reinforce their cultural narrative,” Tueller said. “They wanted to prove how smart they were, how complex their literature was, and how amazing Greeks were.”

Tueller will spend roughly half of Thursday’s lecture talking about those epigrams and what made them special, while taking the rest of the time to explore the medium of Twitter and the connections between the two.

The talk is part of the College of Integrative Sciences and Arts spring 2017 Humanities Lecture Series. It will be held in room 128 inside the Walter Cronkite School of Journalism and Mass Communication on the Downtown Phoenix campus. Admission to the event is free.