A new study looks at the role race plays when it comes to how police use force. It found white officers use greater force on black suspects than they do on white suspects. Black officers, meanwhile, were found to use similar force against both black and white suspects. The study, recently published in the British Journal of Criminology is co-authored by an Arizona State University criminology professor.

“Much of what’s purported to be known about the role of race and force has been almost universally anecdotal in nature,” said professor William Terrill, a police use of force expert with the ASU School of Criminology and Criminal Justice. “Hence, we examined data from seven mid-to-large police agencies to look at suspect and officer race in a more comprehensive manner by examining both resistance on the part of suspects and force on the part of the police.” 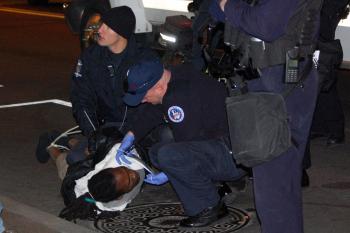 The study reviewed 6,000 use of force cases in seven cities over a two-year span: Albuquerque, New Mexico; Charlotte-Mecklenburg, North Carolina; Colorado Springs, Colorado; Fort Wayne, Indiana; Knoxville, Tennessee; Portland, Oregon and St. Petersburg, Florida. Only data from male police officers and male citizens were used to remove outside variables such as female suspects and other races.

Researchers also examined whether the amount of resistance shown by the suspect was different depending on whether the officer was black or white.

“We found that both black and white suspects offered similar levels of resistance toward the police irrespective of the officer’s race,” Terrill said.

While the data suggests possible bias on the part of white officers when it comes to the use of force, Terrill says the study by no means proves it.

“This is not, in any way, to say that police officers are ‘racist,’ but it is to say that race cannot be dismissed,” noted Terrill. “As our findings demonstrate, white officers used greater force on black suspects compared to whites. Hence, race is playing some sort of factor.” 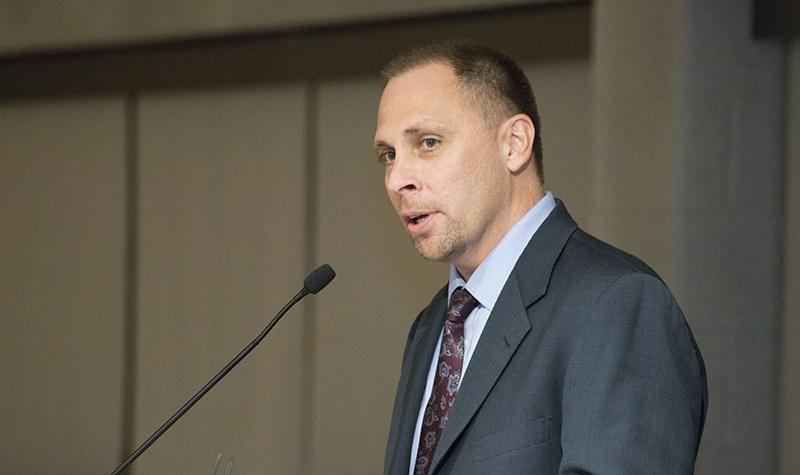 William Terrill is a professor in the ASU School of Criminology and Criminal Justice. Photo courtesy Michigan State University.

The study, “Race and the Police Use of Force Encounter in the United States,” was published Dec. 26 in the British Journal of Criminology. University of Central Florida criminal justice professors Eugene Paoline and Jacinta Gau authored the study along with Terrill. It is based on data from the Assessing Police Use of Force Policy and Outcomes Project funded in 2005 by the National Institute of Justice, a research unit of U.S. Department of Justice.

“There are no easy solutions to improving relations between police and communities, such as hiring more black officers or simply training white officers on non-biased policing,” Terrill pointed out. “Police departments have to at least be open to the possibility that some of the disparity in police use of force behavior may indeed be based on race such as how officers view black suspects and the lens in which they view potential danger.”

Computers have a lot to learn from our brains’ strength of quickly processing information, but we also need to ensure that they don’t suffer the same weaknesses.Brain-like neuromorphic computing platforms are taking electronics closer to a brain’s processing speed, but before they’re ready for critical applications where they’ll be exposed to radiation — such as in space and in warfare...

Computers have a lot to learn from our brains’ strength of quickly processing information, but we also need to ensure that they don’t suffer the same weaknesses.

Brain-like neuromorphic computing platforms are taking electronics closer to a brain’s processing speed, but before they’re ready for critical applications where they’ll be exposed to radiation — such as in space and in warfare — they need some additional work. 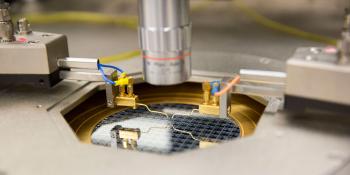 Neuromorphic computing systems, a promising architecture for next-generation computing, take inspiration from the brain in the form of digital synapses that can speed up processing. Photo by Jessica Hochreiter/ASU Download Full Image

A team of researchers at Arizona State University’s Ira A. Fulton Schools of Engineering is working to design experimental neuromorphic architectures, test their ability to withstand radiation and determine what happens when they fail.

The DTRA is interested in studying emerging technologies in five areas, including radiation hardness. This U.S. Department of Defense organization seeks to understand these technologies’ vulnerabilities and how to protect systems against physical attacks and harmful radiation environments. Neuromorphic computing architectures are a promising next generation of computing, but they are largely untested in harsh environments.

Learning from the human brain

Traditional von-Neumann computing architectures are what we find in nearly all our electronics today. They make a computation in the processor, store it in separate memory, bring up that information to make a computation in the processor and store it again in memory, repeating that two-step sequence of storing and reading data in separate areas of a chip. While modern computers process this very quickly, the read-write repetition limits their full potential.

To get over this obstacle in processing speeds, engineers have begun taking inspiration from another great processing platform — the human brain — in the form of neuromorphic computing.

In the brain, storage and processing mechanisms are intertwined and can therefore happen more quickly. Information is processed as a signal flows between two neurons in the brain through a synapse “bridge” that stores new memory within. Consolidating this process leads to faster processing and lower power consumption.

Neural systems inspired some of the earliest computing systems, but as the computing field grew, it followed the von Neumann approach instead for 70 years. Now engineers are revisiting neuromorphic computing as a way to break through the bottlenecks caused by conventional architectures.

“The computation in neuromorphic architectures is highly parallel and distributed into massively connected neural networks, thereby they can accelerate the data-intensive operations such as matrix multiplications very efficiently,” said Yu, who was awarded a National Science Foundation CAREER Award for his work in creating a self-learning microchip based on neuro-inspired computing. “The redundancy in millions neurons and billions of synapses may tolerate the random error or fault of individual cells, which make it attractive for the radiation harsh environment that can cause the failure of individual cells ” 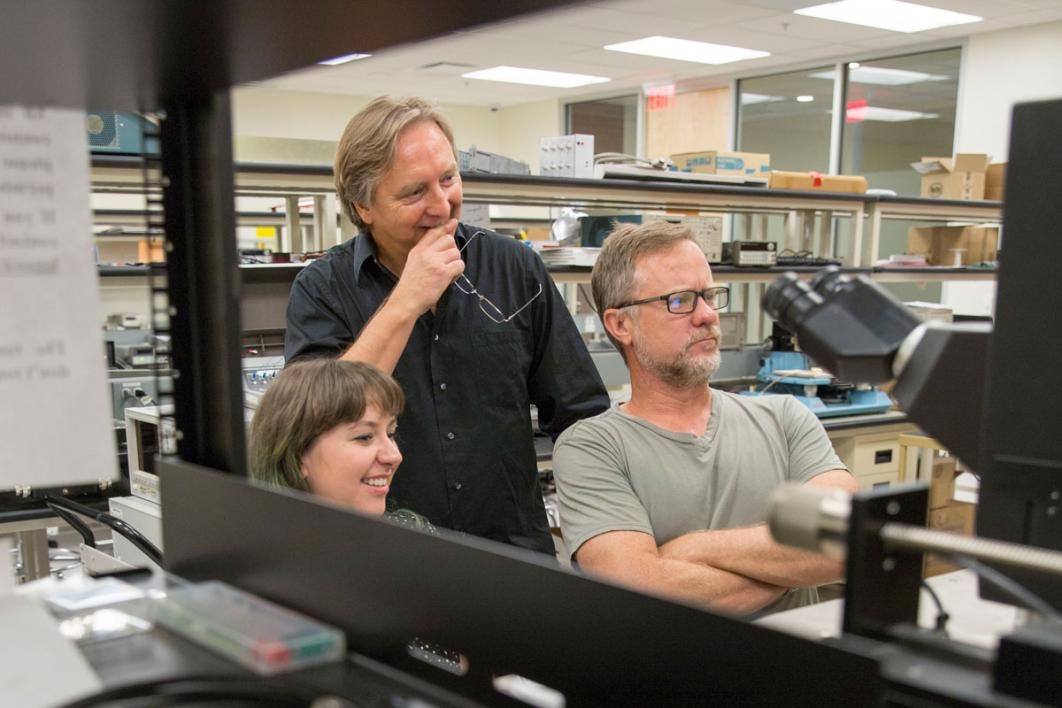 Associate professor Hugh Barnaby (right) and Professor Michael Kozicki (center) apply their expertise in radiation effects and memory to test next-generation neuromorphic computing architectures for use in critical applications where radiation is a likely concern. 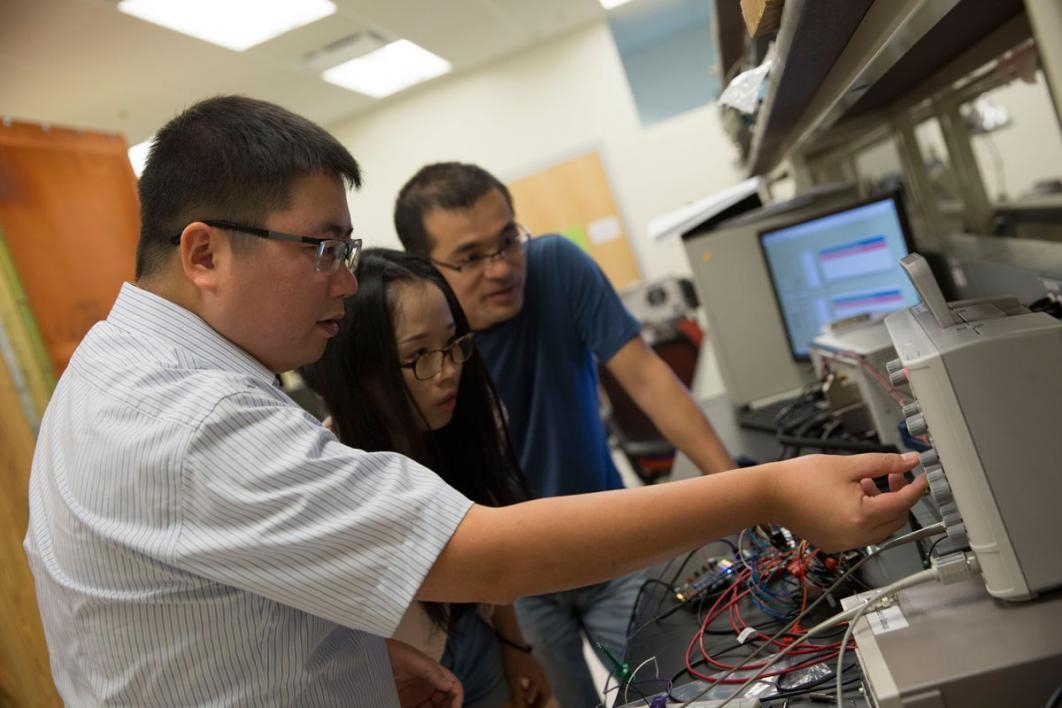 Assistant professor Shimeng Yu (left) was recently awarded a National Science Foundation CAREER Award for his work related to neuro-inspired computing. He brings his expertise in higher-level computing architectures to help the team design neuromorphic architectures to test under various types and levels of radiation.

SRAM architectures improve on conventional architectures, but they use a lot of space and power and are known to be weak to ionizing radiation. RRAM is an emerging nanotechnology that is a proposed replacement for SRAM-based synapses as they’re smaller and more power efficient.

“RRAM cells have inherent electrical characteristics that are very similar to biological synapses — connections grow within the devices that become stronger the more they are stimulated, which is quite similar to what happens in the brain as it learns,” Kozicki said. “These cells are also the smallest devices that can be made in an integrated circuit, much smaller than a single transistor, and unlike regular transistors they can be stacked on top of each other, leading to huge synaptic density.”

“The Programmable Metallization Cell is extremely radiation-tolerant, so we have high confidence that rad-hard (radiation-hardened) systems based on the technology will be possible,” Kozicki said.

Barnaby’s team will study each architecture at the device, circuit and system levels in hardware and through simulation. With the help of Sandia National Laboratories’ facilities, they will expose them to different types of radiation, observe the effects and create models that help explain why those effects occurred.

Radiation is also a concern for electronics, Barnaby says. Exposure to gamma rays, high energy charged particles like electrons and ions and even high-energy neutrons can cause electronic systems to fail. For the RRAM devices the team plans to use in their novel neural systems, Barnaby believes neutrons and heavy ions may be a particularly significant threat

“In electronics, neutrons and heavy ions can reconfigure the structure of the material,” Barnaby said. “The energy radiation absorbed from heavy ions can also create erroneous signals that can change the synaptic strength artificially. This can lead to errors in neuro-processing.”

They’ll look at chip-scale and system-level effects from transient damage, which includes single and multiple instances of radiation damage, and effects from cumulative radiation damage over time. The team will also try to understand which stage of a neuro-inspired algorithm’s execution is most vulnerable, and how radiation-caused errors propagate through the layers of a neural computing network.

From their testing, Barnaby’s team will determine which hardware platform has the best prospects for radiation hardness and is the most beneficial for applications where radiation exposure is likely.

“This work may enable major breakthroughs in low-power co-processors for remote sensing and data analysis,” Barnaby said. “Neuromorphic co-processors could benefit many Department of Defense strategic and space mission applications that operate in radiation environments and are limited by traditional von Neumann computing, such as machine learning, computer vision or control of non-linear dynamic systems — object recognition by drones, for example.”

By better understanding the basic radiation effects on mechanisms in neuro-processing elements and virtual synapses, the team hopes to speed the development of radiation-hardened neuromorphic computing architectures.