Q&A: Giraffe numbers decline, but should we stick our necks out?

ASU biodiversity expert says there are many approaches to conservation.
Giraffe numbers are on the decline, but how do we decide which animals to save?
December 16, 2016

ASU expert Leah Gerber says countless species are declining, we as a society will need to pick and choose which to save

In 1826, the Ottoman Viceroy of Egypt gave Charles X a young female giraffe as a gift. The animal walked 560 miles from Marseilles to Paris, spending the night in specially built barns along the way. Crowds in the tens of thousands turned out. When it arrived in Paris, 100,000 people — an eighth of the city’s population — went to see a creature that hadn’t been viewed in Europe in 300 years.

Then and forevermore, the world loves giraffes. Now, we have to decide how much.

In the past 30 years, wild giraffe populations fell 40 percent, according to information released last week by the International Union for the Conservation of Nature, the largest professional global conservation network. The new assessment pointed to a drop from about 155,000 in 1985 to 97,000 in 2015.

The causes were the usual suspects: illegal hunting; loss of habitat through agriculture and mining; increasing human-wildlife conflict; and war.

“The fate of the giraffe makes you wonder what the world will look like without such iconic species,” Gerber said. “Imagine a world without giraffes, tigers or rhinos. I imagine this loss would resonate deeply with many people. We value these things in the same we value art.”

Gerber, a professor in the School of Life Sciences, leads a team of staff and scholars to build ASU’s capacity to solve the most pressing biodiversity environmental challenges of the 21st century. ASU Now sat down with her to discuss reality in the natural world now, what we’re going to have to think about when it comes to conservation, and when bad men love good animals. There’s some good news in there, too.

Question: Giraffes are down 40 percent over the past 30 years. Another bummer tale from the AnthropoceneRelating to or denoting the current geological age, viewed as the period during which human activity has been the dominant influence on climate and the environment. . The big question is: Will we have to pick and choose what we want to save?

Answer: Essentially the answer is yes. We will have to pick and choose what we want to save. In the context of what biodiversity is going to look like in the Anthropocene, we must recognize that the list of species that are endangered or threatened is increasing, as evidenced by this recent report on the new status of giraffes. That was the result of an IUCN Red List assessment that also included a reassessment for a number of bird species, some of which were listed at the same time they were declared extinct.

With this increasing list of imperiled populations, and no indication humans are slowing population growth or halting development or changing behaviors in a way that will allow persistence of all species on the planet, a pragmatic question is: Which species are important to us? Once we can answer that question, then we can plan accordingly. I realize that’s a provocative question, because we don’t like the idea of controlling nature in such a deliberate way. The predominant thinking is that we should leave nature to be natural, and it should do whatever nature does.

But the fact is we already have dramatically impacted natural systems on a global scale. So, by looking the other way and letting nature take its course, we are actually making a deliberate decision. We’re just not being explicit about it.

Q: Do you foresee a situation where we’re only saving the cute and cuddly things, such as giraffes and tigers?

A: As a society, it’s up to us to decide what our priorities are. Maybe we can say explicitly we like the cute and cuddly things. I was talking with a group of ASU freshmen last week about this exact thing.

Here’s the status of global biodiversity: We have large rates of endangerment across all taxonomic groups. If we did have to choose, how would we choose? Would it be based on charisma and fuzziness? Or would it be on what’s cost-effective? We achieve more with less money by selecting this suite of species. Or would it be from a scientific approach and look at what species are most important in a functioning ecosystem? Not necessarily “we like you and you’re charismatic,” but which ones are most important? Or we could say the ones in most dire need, the ones on the verge of extinction, let’s focus on those?

The point is, there are many approaches.

Q: There is some good news out there. Tigers are up by about 700 individuals. Pangolin trade has been banned. New U.S. ivory regulations put the burden of origin on the seller, not the buyer. Bison were declared the national mammal; they’re coming back. And the giant panda has been downgraded from endangered to vulnerable. There are some bright spots out there.

A: I agree. And I would argue in fact both internationally and in the U.S., we have to really focus on the bright spots to remember that our choices and actions have an impact. We are not just adding more and more species to this long list of endangered species that will never recover. With appropriate conservation action, it is possible to reverse some of these declines.

There is good evidence for success in conservation, and I think in this time of budget cuts and scrutiny about how we’re using federal and international resources for conserving species, it is important to know our choices have direct impacts on these species. It’s not just we’re dumping money into something that’s never going to increase.

A: I’m trying to stay away from political comments here.

HIV ... SARS ... Ebola ... H1N1 ... Zika.The list of communicable global health threats seems ever growing, and frequently the limited resources available to fight these diseases must be picked up and redeployed — often haphazardly — as the next new threat emerges.But what if there were ways to wage a more effective war against all communicable diseases, using new combinations of proven comple... 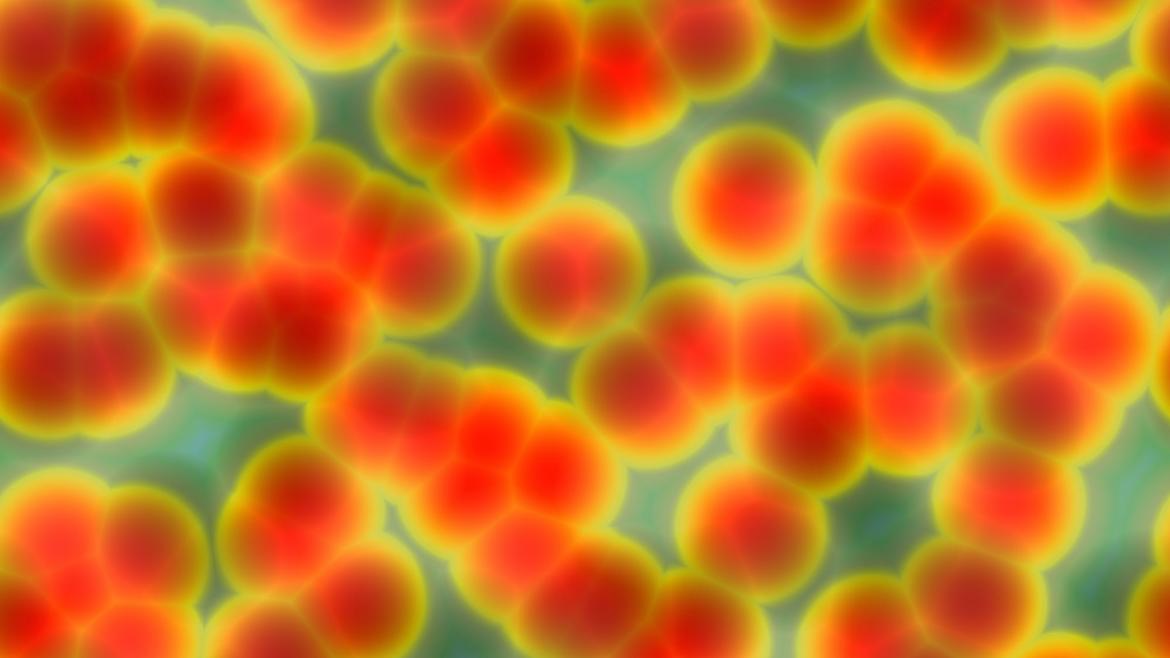 The list of communicable global health threats seems ever growing, and frequently the limited resources available to fight these diseases must be picked up and redeployed — often haphazardly — as the next new threat emerges.

But what if there were ways to wage a more effective war against all communicable diseases, using new combinations of proven complex sociological and statistical mathematic models to tell where an outbreak might occur, how it might spread and how best to fight it?

That’s exactly what Carlos Castillo-Chavez, a Regent’s Professor of mathematical biology at Arizona State University’s School of Human Evolution and Social Change, and colleagues are calling for in an article published this month in the Proceedings of the National Academy of Sciences of the United States of America. 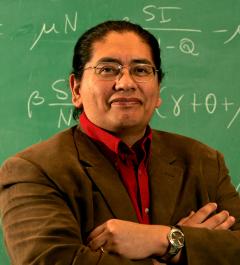 As executive director of the Simon A. Levin Mathematical and Computational Modeling Sciences Center, Castillo-Chavez isn’t satisfied with the traditional mathematical epidemiological approach to tracking these diseases.

That model relies heavily on the number of “collisions” between those with a disease and others who aren’t infected. It often falls short because it fails to consider the unique complicating factors of what is referred to in the study as a “patch” — or a zone of shared traits, including socioeconomic or geographic similarities — where those interactions occurred.

Instead, Castillo-Chavez says the intersection of two evolving approaches could potentially address the problem better.

The first is economic epidemiological modeling, which includes examining information flow in affected areas and the financial risk/reward perceptions that may drive movement to, from and within affected patches. For example, someone in a patch might have to choose between self-quarantine as a protection strategy vs. leaving home during an outbreak to go to work and receive income — which can also be a matter of life and death.

The second is the Lagrangian approach, which also assists with projecting human crowd movement and behavior but broadens the scope of patches considered related to a disease and allows them be assigned their own associated risk of infection per residency time. This information can then be layered over economic epidemiological modeling-driven population mobility calculations for more accurate projections.

“The Lagrangian perspective has helped increase our understanding of the consequences of the deliberate release of biological agents in 2003 and most recently in the study of Ebola in West Africa and Zika in the Americas,” Castillo-Chavez noted.

Both the development and the application of these types of new, complex mathematical and social theories would be no easy feat. But it might be a first step toward the goal of identifying consistent patterns — such as those starting to emerge in the study of host-parasite systems — that can account for not just known and recurrent variables, but also emergent natural and social shifts in a world where people can move anywhere, at nearly any time.

"These efforts emerged as the result of multi-institutional collaborators that met regularly at NIMBioS (the National Institute for Mathematical and Biological Synthesis) in Tennessee with the support of NSF (the National Science Foundation) for more than two years,” Castillo-Chavez said. “The research has been carried out with my former students and postdoctoral associates Benjamin Morin, now at Vassar, and Derdei Bichara, now at Cal State Fullerton."

Click here to access the abstract and PDF of the full study “Perspectives on the role of mobility, behavior, and time scales in the spread of disease.”