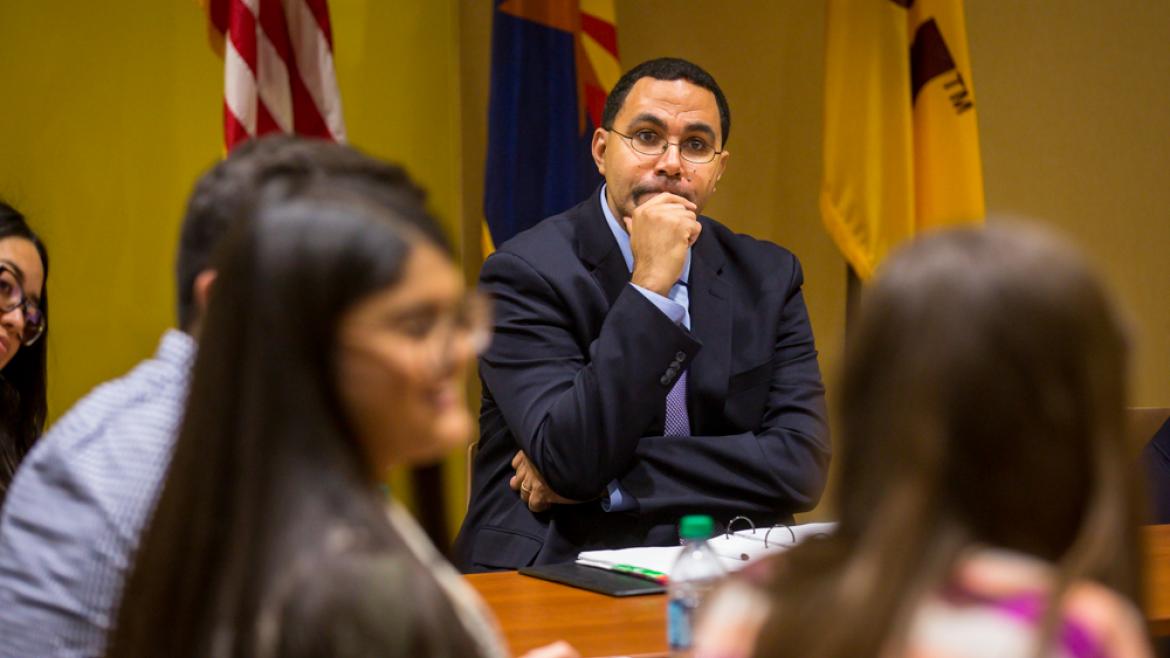 The key to getting more students into college is extra help for parents, according to a roundtable led by U.S. Secretary of Education John King Jr. at Arizona State University on Thursday.

“Every school should be providing that quality counseling and advising, not just some schools,” King (pictured above) told a group of high school students and community leaders at ASU’s Downtown Phoenix campus.

King’s visit is the final leg of his “Opportunity Across America” tour, which he started in January to highlight successes of the education department during the Obama administration.

“President Obama has been focused on expanding long-term education access, and we have the highest high school graduation rate, 83 percent,” he said, adding that college financial aid and Pell grants have been expanded.

“Even with all that progress, we have a lot of challenges. We have big equity challenges. African-American and Latino students are more likely to attend schools where you can’t take AP or IB (international baccalaureate) or dual-enrollment classes,” he said. “Students are graduating from high school not ready for college or careers.

“From afar, I can see that Arizona is not making the investment it should be in K-12 education and higher education.”

The high school students at the roundtable said that support from counselors and their parents is important in developing an attitude that college is possible and also in smoothing the way. But not everyone gets that help. 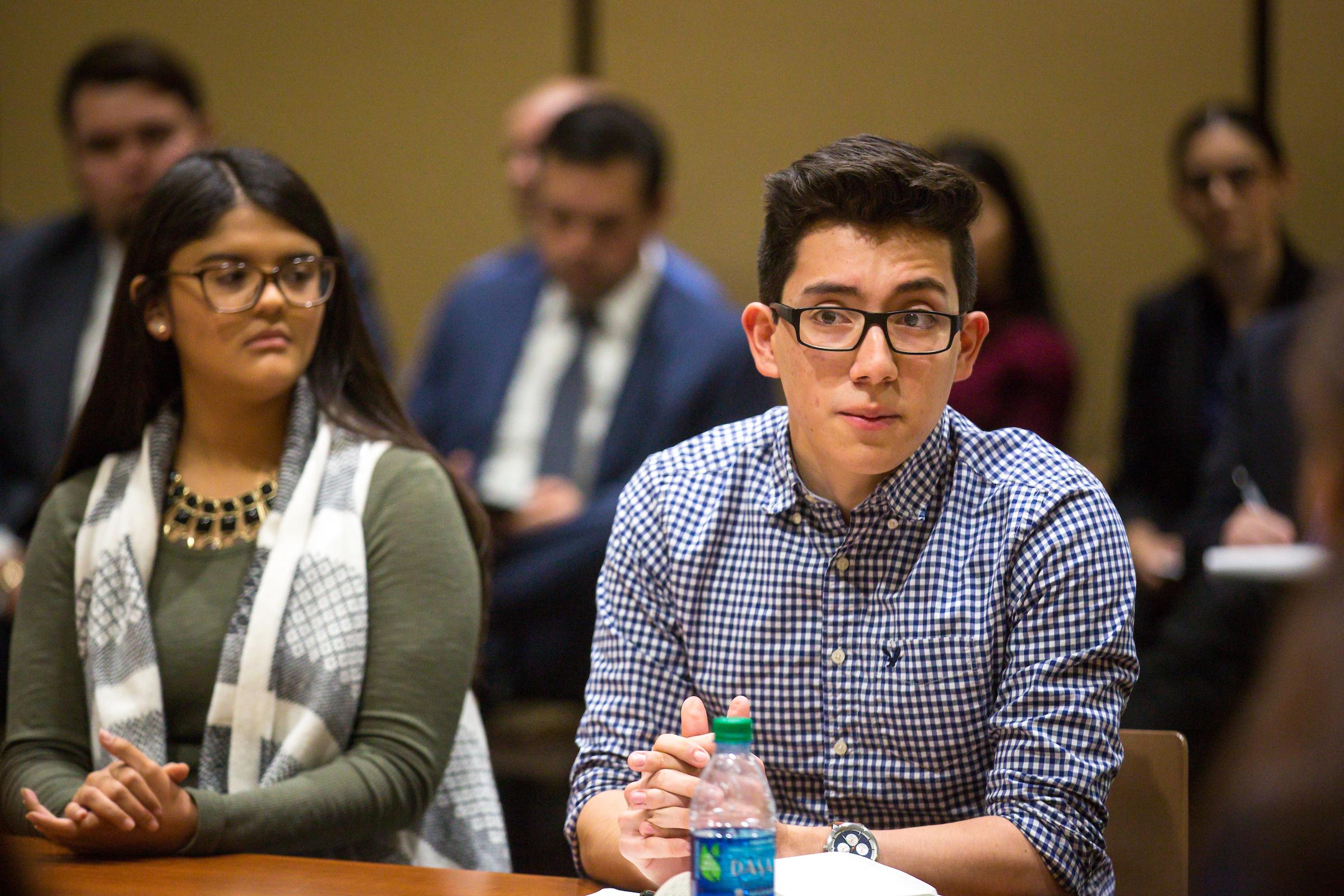 Henry Rosas, a senior at North Pointe Preparatory, a small charter school in northwest Phoenix, said his parents didn’t go to college, and he wished he had more resources.

Rosas said the Be A Leader program, run by a nonprofit organization that works to get more students into college, helped bridge the gap by providing him a mentor. He has applied to Harvard University.

“My path in life will be to make sure other students can achieve that.”

Brooklyn Johnson, a senior at ASU Prep in Phoenix, said her counselor sent emails and scheduled meetings with parents to demystify the college process.

“It’s physical meetings like that between educators and parents and then having them all on the same page that eliminates a lot of the miscommunication and the mystery that colleges have,” she said.

“Going into this process, I had no idea the amount of work that would be required to get me into college. But I know that support isn’t available to everyone.”

Alberto Olivas, the director of the Congressman Ed Pastor Center for Politics and Public Service at ASU, said that one way to reach parents is through the local business community, who can provide basic information to their employees.

“How do you navigate financial aid, and what’s the difference between private and public? These are basic things, but a lot parents don’t know where to get the answers,” he said.

Students whose families are undocumented are at a special disadvantage because their parents may fear contacting the school, according to Abril Gallardo, program coordinator for Living United for Change in Arizona, a grass-roots organization.

Those families live under enormous stress, said Viridiana Hernandez, executive director at the Center for Neighborhood Leadership. She was at one time undocumented.

“Schools should become an information hub, but some require an Arizona ID to get in,” she said. “It’s not that the parents don’t want to get involved, it’s that they’re literally being shut out.”

Olivas said that there has been a shift in the attitude toward higher education that has eroded support for the Deferred Action for Childhood Arrivals Act — known as DACA or the “Dream Act.”

“It used to be that the public saw that it was good for the community to educate people. But now it’s, ‘Why should I pay for someone else’s education?’

“That’s why we lost support for the Dreamers, because the attitude is that they’re taking something they don’t deserve instead of, ‘What does it cost to take these people who can’t use their talents and ingenuity?’ ”

King said that students should become civically engaged to make sure that DACA is preserved in the administration of Donald Trump, who has indicated some support for the measure.

“It’s going to require school and community-based institutions to talk about the difference that DACA is making,” he said.

“There are a lot of challenges, but there is also opportunity for each us to be active around the things we care about. DACA has made a difference for a lot of student, and we have to make sure we preserve that.”

Top image: Education Secretary John King Jr. listens to high school seniors at an educational roundtable on issues related to the Latino community Thursday on the ASU Downtown Phoenix campus. The conversation included a discussion on DACA and DAPA (Deferred Action for Parents of Americans), what the Department of Education has done for students and what can the secretary and the department do to continue to push an agenda focused on equality and equity. Photo by Charlie Leight/ASU Now

Q&A: Probing Russian hacking, asking what can be done?

Last week, President Barack Obama ordered a full review into claims that the 2016 presidential election was tainted by Russian hacking, to be completed before the President-elect Donald Trump takes office on Jan. 20, 2017. In the months leading up to the election, e-mail break-ins were reported by the Democratic National Committee, the Democratic Senatorial Campaign Committee and Clinton campaign ... Q&A: Probing Russian hacking, asking what can be done?

Last week, President Barack Obama ordered a full review into claims that the 2016 presidential election was tainted by Russian hacking, to be completed before the President-elect Donald Trump takes office on Jan. 20, 2017. In the months leading up to the election, e-mail break-ins were reported by the Democratic National Committee, the Democratic Senatorial Campaign Committee and Clinton campaign Chairman John Podesta.

In a joint statement issued in October, all 17 agencies in the Intelligence Community agreed that the Russian government was behind this cyber activity, and that it was intended to interfere with the US election process. While there is no consensus within the intelligence community as to whether the hacking was a deliberate move to help elect Trump, many prominent Republicans and Democrats have insisted that this should not become a partisan issue. Although both Russia and China have engaged in cyber espionage against the United States for years, this type of interference with the U.S. election system is seen to be unprecedented. 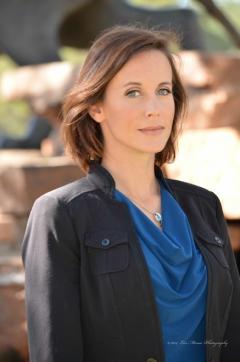 ASU cybersecurity expert Jamie Winterton discusses the extent, impact and meaning of this type of hacking, and to consider possible solutions moving forward. Winterton is the director of strategic research initiatives with Arizona State University’s Global Security Initiative, which focuses on defense and security research with a special emphasis on cybersecurity.

Question: What is the “apparatus” or system for these operations? Are most of these Russian hackers working for the government or operating independently?

Analysis by CrowdStrike found that much of the work done on the DNC hack was performed from 8am to 8pm Moscow time which indicates that this was a more organized, official operation, rather than unaffiliated individuals. The sophistication and breadth of some of these methods also indicates a coordinated effort. It’s hard to pull off advanced persistent threat (APT) activities as a single hacker or loose collective.

Q: What do you think is the likelihood that Russian hackers interfered with the US elections?

A: Nations interfering with each others’ elections isn’t new — that’s been happening for decades, at least — but the electronic networks we rely upon bring a whole new set of issues to the game. Attribution — knowing who’s doing what in cyberspace — is an incredibly difficult problem. That said, there is evidence that Russia was involved in the election in multiple ways, such as breaking into voter registration databases and the DNC email server. It’s important to note that no evidence has been found that the vote tallies themselves were hacked — and there are far easier ways to influence an election outside of vote-counting software.

Q: Going forward, what can be done to slow or stem these intrusions?

A: First, we should establish national standards for election hardware and software. Complexity is rarely good for security, and right now, we have an insanely complex system. Managing software updates and security upgrades is nearly impossible. And it’s not just a complex system — it’s one that’s too old. Election officials are stockpiling old parts, buying them from eBay because they aren’t available from the manufacturer any more.

Second, we need a routine audit of every election, whether they’re contested or not. The most secure networks include continual monitoring to characterize and alert for abnormal activity. Our election systems should as well.

Finally, we need to verify our information sources while at the same time protecting free speech. There’s been a lot of talk about the effect that “fake news” had on the election. Whether that misinformation comes from a foreign entity or domestic, we can’t ignore the social element of democracy when it comes to securing the vote.

Q: We often use the term “cyberwarfare.” Do you see this as a form of war?

A: I’m leery of the term "cyberwar" because it draws false equivalences with conventional warfare. When we think of war, we think of two nation states attacking each other in well-defined, kinetic, easily quantifiable ways. Operations in cyberspace are vastly different. There can be physical damage inflicted via cyberattack, but not always. An attack on the power grid could result in physical damage (and even loss of life). But often the results are not physical. They can be economic; sometimes they impact confidence or morale. The actors are often unknown, they may not even belong to any organized group, much less one that occupies set geographic boundaries. There is no easily defined ‘proportional response.’ We’re experiencing a sea change in attack and defense; we should create a unique term that reflects this new reality.