'Every time I solved a complex problem, it reaffirmed my passion for my field' 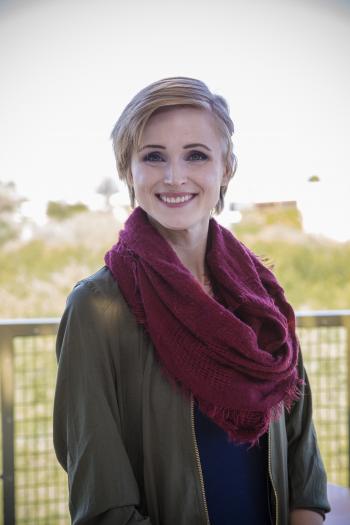 Carly Thalman, a Barrett honors student, won an IMPACT Award for her service to fellow students in support of the educational mission of ASU's Ira A. Fulton Schools of Engineering. Download Full Image

“I love problem solving and I love a good challenge, and I enjoy being creative and bringing my ideas to life,” she said. “Engineering is the perfect combination of all those things.”

She found a major in robotics engineering in the Ira A. Fulton Schools of Engineering to be the most fulfilling outlet for those passions.

“As a robotics engineer you get to wear many hats. You get to learn different aspects of mechanical, electrical and software engineering all at once, and I enjoy getting a solid understanding of how the overall system works and functions,” she said.

Question: What accomplishment during your undergraduate years was most meaningful?

Answer: In the Fulton Undergraduate Research Initiative program I worked on designing a soft-robotic grasper for an assistive third-arm prosthetic device. In doing that, I realized my passion for research, I found a field that I enjoyed and a mentor who I wanted to work closely with. Thanks to all that I have decided pursue a doctoral degree and continue this research for my dissertation.

Q: How will you change the world with your engineering skills?

A: I hope to work in the defense industry, helping aid our soldiers either in the field or after they return home. My thesis focused on an assistive robotic device that acts as a “third arm,” to help improve the independence of impaired individuals. I also work with Raytheon on their defensive missile systems. Between these two areas, I hope that I can make a difference for our troops.

Q: What has been most rewarding about your college experience?

A: The most rewarding thing has been helping mentor my fellow students, and encouraging people to push themselves to be the best they can be. Nothing gives me more joy than knowing I helped another student succeed.

Q: What told you that you were on the right career path?

A: Every time I solved a complex problem, finished a prototype, or fixed a broken part of a system, it reaffirmed my passion for my field and motivated me to keep working hard.

A: I will be interning during summers with Raytheon while I earn my doctoral degree, and the plan is to work full-time for Raytheon after getting that degree.

Q: What did you do to take a break from your studies?

A: I am a self-taught chef. I enjoy cooking new and exciting foods, and experimenting with my own recipes. I also enjoy writing fiction/fantasy, and I love the horror genre. But the best way for me to relax after a long day is to sit down and play video games, either role-playing games or horror games.

President Barack Obama is urging his successor, Donald Trump, to maintain the newly established U.S. working relationship with Cuba, according to Reuters News Agency.Trump, who takes office in about a month, has promised to scrap Obama’s executive orders that re-establish diplomatic relations and relax travel and trade restrictions, unless Cuba agrees to “make a better deal.”The uncertainty... 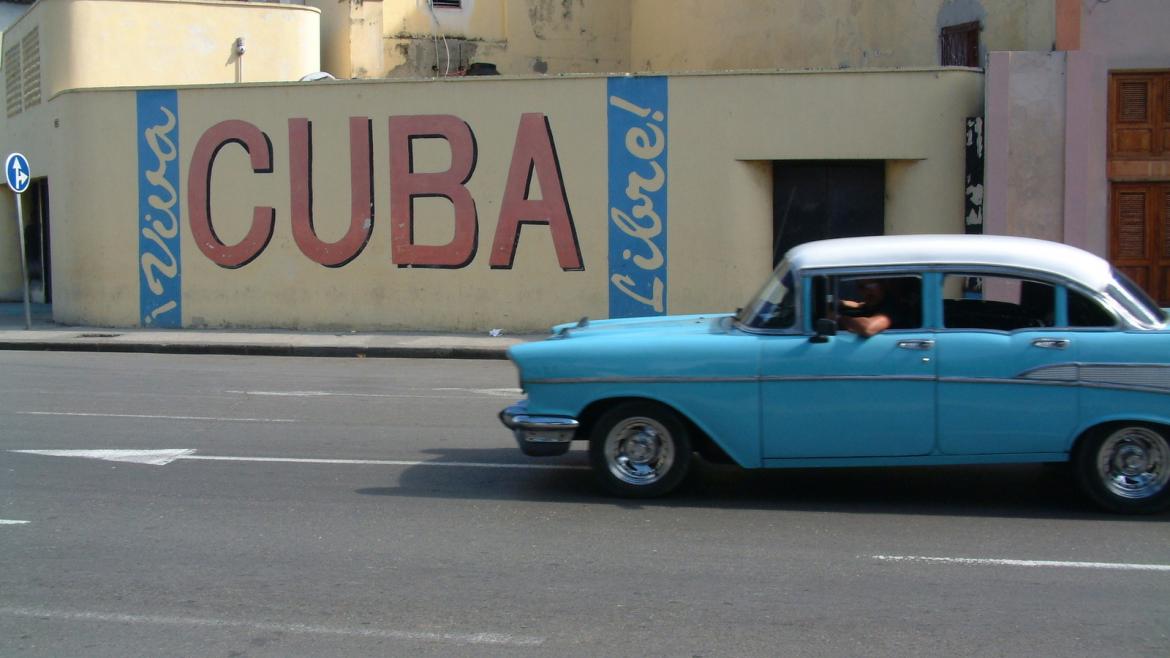 Trump, who takes office in about a month, has promised to scrap Obama’s executive orders that re-establish diplomatic relations and relax travel and trade restrictions, unless Cuba agrees to “make a better deal.”

The uncertainty raises new questions about the future of U.S.-Cuba relations and about the communist nation itself. 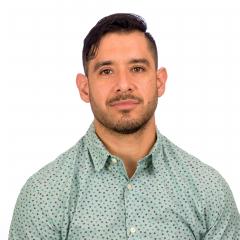 ASU history professor Alexander Aviña has studied Cuba through his focus on Cold War Latin America and revolutionary social movements. He provides a glimpse into the history and possible future in this Q&A with ASU Now.

Question: Do you predict any changes within Cuba immediately? In the future?

Answer: I do not foresee any immediate changes in Cuba, other than the possible derailment of the diplomatic and economic openings initiated by Barack Obama and Raul Castro.

Since Raul Castro became president in 2006, he has slowly and gradually allowed for limited market reforms and begun negotiating the normalization of diplomatic relations with the United States.

In addition to reforms like the legalizing of some small businesses or the cutting of government employment opportunities, the transfer of political power to a younger generation of Cuban leaders constitutes the other main issue for the near future: What happens when there is a generational transfer?

Since I firmly believe in the ideals of national sovereignty, self-determination and anti-imperialism, I hope the Cuban people themselves will decide the fate of their island without outside interference.

Q: Cuba had been a capitalist nation. Could it go back? Could it become a democracy?

A: One could make the argument that the sort of capitalism that existed in Cuba from 1898 to the 1950s — an export-based economy based on the production of a single commodity (sugar) — created the sort of social and economic inequalities (not to mention the political corruption it incentivized) that fueled the revolution that brought Fidel Castro to power.

Genuine democracy would depend on a long series of seemingly disparate but connected popular struggles to organize, mobilize and even sacrifice their lives for things like labor rights, citizenship rights, etc.

As such, democracy that opens up the political system beyond the monopoly of the Communist Party of Cuba may occur in the future. Hopefully, that would be the result of Cuban popular struggles and initiative and not outside interference.

Q: What do you expect will come next for Cuban-American relations?

A: I hope that the diplomatic thaw and opening that publicly began in December 2014 continues unabated — and in a way that respects Cuban national sovereignty and self-determination.

Five decades of U.S. covert military aggression, diplomatic isolation and economic embargoes has only worked to punitively punish everyday Cubans and paradoxically strengthened the political position of leaders like the Castro brothers who needed American aggression to justify their political and socio-economic models.

The election of Donald Trump, though, threatens the progress made and portends a bleak future for Cuban-U.S. relations if we take his campaign promises seriously.

Q: What impact do Cuban-American voters have on negotiations between the U.S. and Cuba?

A: Since the early 1960s up to the early 2000s, Cuban-American voters — generally right-wing and Republican-voting — wielded much influence.

They became a formidable, concentrated voting bloc in Florida, a large-population state, despite the fact that they only make up 3.7 percent of the national Latino American population.

Yet, Florida’s Cuban-American population has experienced important generational shifts, as younger Cuban-Americans and more recent Cuban immigrant arrivals tend not to fully embrace the hard-line views of older members of their communities.

Younger Cuban-Americans are also increasingly joining the Democratic Party. In my own experience teaching Cuban-American students in Florida, the vast majority vehemently criticized and opposed the Cuban political system, while also generally favoring improved and open diplomatic relations between the two countries.