Arizona State University’s Mary Lou Fulton Teachers College is one of only 12 teacher-preparation programs in the 99th percentile of the National Council on Teacher Quality’s 2016 evaluation of undergraduate elementary education programs.

The report, “Landscape in Teacher Preparation: Undergraduate Elementary Ed,” examined 875 undergraduate teacher-preparation programs in 396 public and 479 private colleges and universities. NCTQ is funded by private donors and foundations. It accepts no government funding.

“The NCTQ evaluation represents the assessment of an organization that shares our commitment to improving education through outstanding teacher preparation,” said Carole Basile, dean of Mary Lou Fulton Teachers College. “It reflects what a lot of other colleges of education have said by sending their people to workshops we hold where they can learn about our teacher-prep programs, especially the way we design clinical experiences and support students.”

Of the 12 institutions NCTQ ranked in the 99th percentile, ASU is the only one that is also in the top 15 in US News & World Report’s ranking of graduate education programs.

“We’re committed to excellence across the board,” Basile said. “Our job is to be great at both undergraduate and graduate education, at both teacher prep and world-class scholarship.”

Job insecurity can be bad for business, ASU research finds

Being insecure about whether you’ll keep your job isn’t a great feeling, and new research by an Arizona State University professor has found that it could be bad for your company, too.Workers who felt job insecurity reported a higher likelihood of “deviant” behaviors, such as taking company property, in a study done by Ned Wellman, an assistant professor of management at the W. P. Carey Sc... 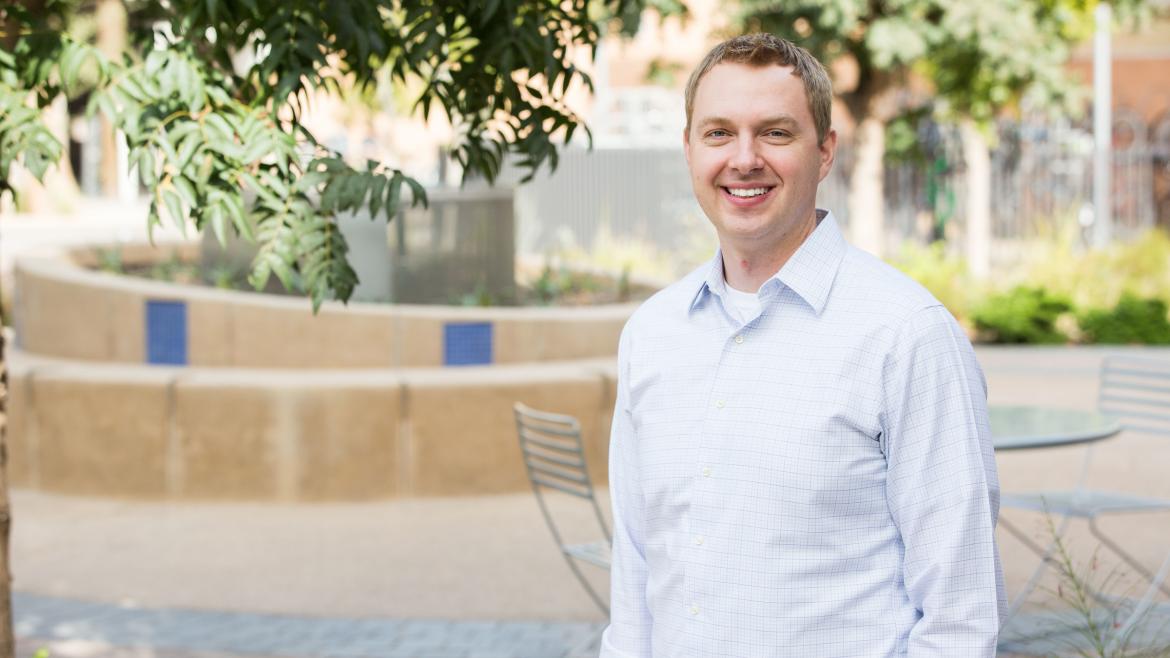 Job insecurity can be bad for business, ASU research finds

Being insecure about whether you’ll keep your job isn’t a great feeling, and new research by an Arizona State University professor has found that it could be bad for your company, too.

Workers who felt job insecurity reported a higher likelihood of “deviant” behaviors, such as taking company property, in a study done by Ned Wellman, an assistant professor of management at the W. P. Carey School of Business at ASU.

“Traditionally, the perspective that people have taken is that when you’re insecure about your job, you’re less likely to do good things that help your company — to go above and beyond,” Wellman said of previous studies on the topic.

“In this paper, we were interested in the idea that not only are you less likely to do good things, but could it also increase the likelihood that you’re going to do things that are actively bad that otherwise you would not do?”

The key is “moral disengagement,” a psychological theory that explains why people do bad things.

“Typically, we have a moral regulatory system that, when we think about doing something bad, kicks in and makes us feel guilty, and we have negative feelings and thoughts,” Wellman said. “Those thoughts are enough to prevent us from going through with whatever we’re contemplating doing.”

But that process can be shut off in certain situations.

“Things can happen to make us view actions that we normally view as wrong and bad as OK and acceptable,” he said.

Workers’ feeling of job insecurity could cause moral disengagement, allowing them to blame others and do things they normally wouldn’t.

“If you feel insecure about your job, you’re more likely to view people who you might be harming with your deviant behavior as deserving because they somehow violated their agreement with you,” said Wellman, whose paperThe paper is titled “Deviance and Exit: The Organizational Costs of Job Insecurity and Moral Disengagement.” was published recently in the Journal of Applied Psychology.

The “moral disengagement” effect was heightened when workers perceived themselves as having more and better employment options elsewhere. “Then you’re more likely to be offended and more likely to be deviant,” he said.

Wellman’s area of expertise is leadership. In this study, the researchersWellman’s co-authors are Guo-hua Huang of Hong Kong Baptist University, Susan J. Ashford of the University of Michigan, Cynthia Lee of Northeastern University and Li Wang of Tongji University. found that a good dynamic between a leader and a worker can lessen the likelihood of moral disengagement.

“If you feel you have a strong relationship with your immediate supervisor, and you feel like that person treats you well and gives you responsibility, that makes the process less likely to occur,” he said. “It’s hard for them to say, ‘Everyone in this organization is out to get me.’ ”

The team used surveys over several months on more than 600 workers at a Chinese manufacturer.

“We didn’t see a ton of deviant behavior. It’s not like everyone who is insecure with the job runs around and does bad things,” he said. “But the rate is elevated.”

The questionnaires asked about interpersonal deviance — bullying, threatening, spreading rumors or sabotaging others’ work — and behavior directed toward the company, such as taking supplies or misusing an expense account, and how frequently people engaged in each behavior, on a scale of 1, never, to 5, very frequently.

“Most of our responses were in the 2 to 3 range. It’s not never, but it’s not super frequent,” Wellman said.

The issues of workers feeling insecure about their jobs is relevant with the changing economy, he said.

“It’s no longer that you join an organization and are able to assume that 20 years from now you’ll be working at the same organization. The nature of work has changed, and work has become more temporary,” he said.

“People are encouraged to see themselves as free agents, so you’re not tied to a particular company.”

Wellman said that ensuring job security for all workers is unrealistic, but companies still can take action.

“Coaching supervisors and managers about how to develop strong and supportive relationships is important,” he said.